There are about 1,000 of us in the Order, which is divided into four provinces, spread over nineteen countries in four continents: Argentina, Brazil, Chile, China, Colombia, Costa Rica, Spain, United States, Philippines, Guatemala, England, Italy, Mexico, Panama, Peru, the Dominican Republic, Sierra Leone, Taiwan, and Venezuela. 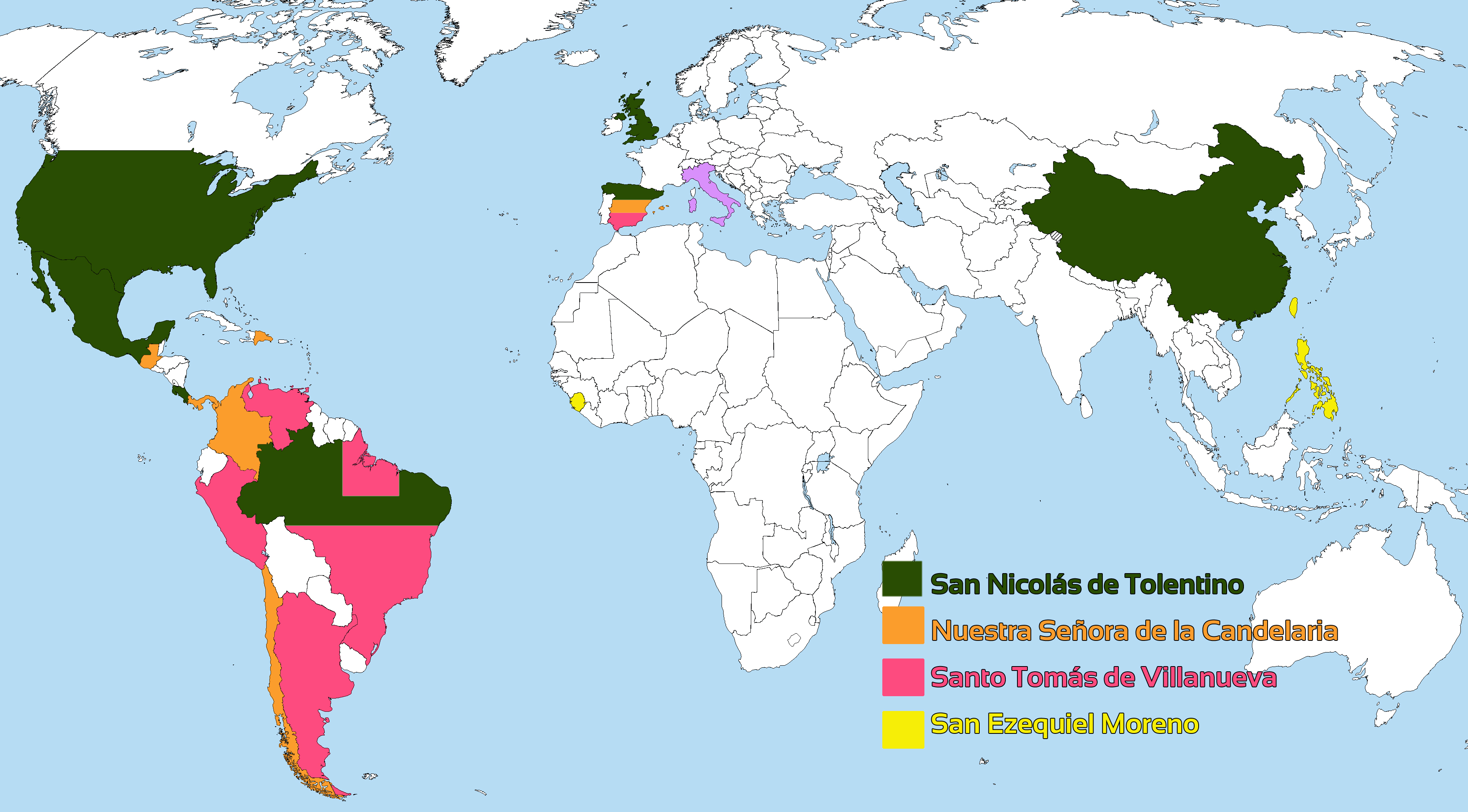 Presence of the Order of Augustinian Recollects in the world, and its component provinces.

We belong to the province of St Nicholas of Tolentino. We can be found in seven countries: Brazil, China, Costa Rica, Spain, United States, England, and Mexico. Over 300 religious make up the province.
How do you organize yourselves?
index Introduction Who are you? Where have you come from? How do you live? What do you do? Where are you? How do you organize yourselves? How do I go about becoming one of you? What does that mean? (Glossary) Can I talk to one of you?