In 1898 a new and sudden attack put the solidity of the Recollection through a most difficult test: 34 Religious died at the hands of the Philippine revolutionaries and another 84 were flung into jail. The rest took refuge in Manila, or flew precipitately to Spain. 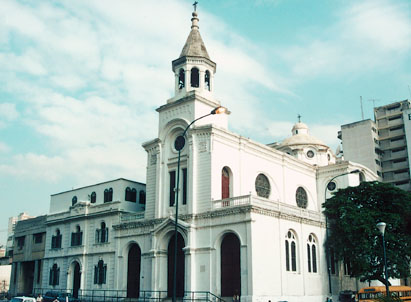 In a few short months the Congregation -which had 80% of its active members in the Philippines- found itself with three hundred of its Religious unemployed and without hope. Only the most magnanimous were able to react, and, through their efforts and abnegations opened to the Congregation broader horizons.

By the middle of 1899 there were already 40 Religious in Panama, Venezuela and Brazil. Others organized apostolic centres in Spain and were charged with the responsibility of re-orientating the future of the Congregation. Little by little hope was being reborn. In 1904 the novitiate reopened following the creation of the Province of Nuestra Senora del Pilar (1907); and the General chapters -interrupted since 1829– were re-established.


Full juridical autonomy
index The Beginnings First years Spreading and defining The triumph of stagnation The Recollection in the Americas Between war and revolutions Destination America Full juridical autonomy Expansion throughout Spain The Province of St Nicholas of Tolentino Gestation and birth Initial fervour and enthusiasm, 1606-1666 Routine and the weakening of self-identity, 1666-1790 Triumph of pastoral individualism, 1790-1898 From exhaustion to flourishing, 1898-1965 From 1965 to the present day: in harmony with the feelings of Church and society Institutional renewal The Post-conciliar Crisis The visible results of the Council’s renewal in the service of the People of God The internal life of the Province, communities, and the religious, in the light of post-conciliar events The Order of Augustinian Recollects restructured Nicholas of Tolentino, our patron saint