The Province of St. Nicholas of Tolentine was created in the first General chapter - celebrated in Madrid towards the end of November 1621. From the word go it has acquired a very characteristic profile. While in the other Provinces the monastic aspect prevailed; in that of St. Nicholas the missionary spirit reigned. Until 1824, when the novitiate-college of Alfaro was opened (moving five years later to Monteagudo), it had never had, neither an authentic novitiate, nor an authentic theology house. Almost all of its members were recruited from among the Religious of the three Spanish Provinces. 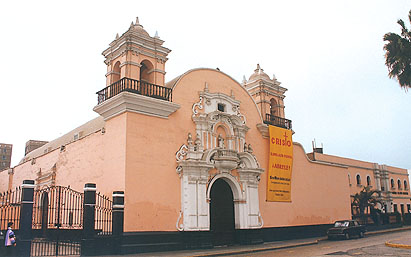 The historic trajectory of the Province has known much comings and goings. It has experienced the joyous and speedy progress of times of abundance, and the slow and heavy uphill struggle of crisis and dejection. In all this we can distinguish four stages.


Initial fervour and enthusiasm, 1606-1666
index The Beginnings First years Spreading and defining The triumph of stagnation The Recollection in the Americas Between war and revolutions Destination America Full juridical autonomy Expansion throughout Spain The Province of St Nicholas of Tolentino Gestation and birth Initial fervour and enthusiasm, 1606-1666 Routine and the weakening of self-identity, 1666-1790 Triumph of pastoral individualism, 1790-1898 From exhaustion to flourishing, 1898-1965 From 1965 to the present day: in harmony with the feelings of Church and society Institutional renewal The Post-conciliar Crisis The visible results of the Council’s renewal in the service of the People of God The internal life of the Province, communities, and the religious, in the light of post-conciliar events The Order of Augustinian Recollects restructured Nicholas of Tolentino, our patron saint