The Province of Saint Nicholas of Tolentino takes direct charge of the mission of Labrea (Amazonas, Brazil) in the year 1979, once the Province of Saint Rita had to leave it because of a lack of friars. Nevertheless, Labrea and the Order of Augustinian Recollects have been firmly united since 1925, and three of the Provinces of the Augustinian Recollects have built with effort and determination the Church in Labrea: Saint Thomas of Villanueva, Santa Rita and Saint Nicholas of Tolentino. Also, provinces like Our Lady of Consolation or Saint Augustine have had religious there throughout history. 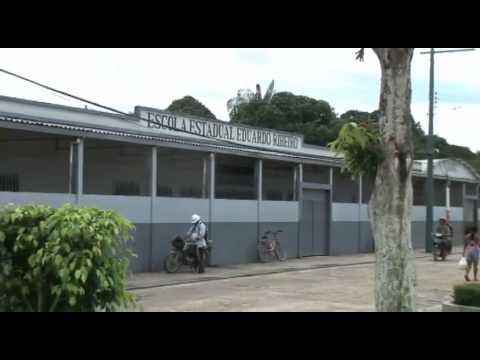 General presentations of the Mission in Labrea.

History of the Purus
index Introduction Missionaries out of necessity Mission, a complex and all-embracing term Religious, lay people, and volunteer missionaries Missionaries according to the laws Constitutions of the Order of Augustinian Recollects Statutes of the Missions Missionaries by inheritance St Augustine Cultivating the missionary spirit The Augustinian Recollection, missionary right from the start The three stages of the Augustinian Recollect missions The Philippines, “surname” of the province of St Nicholas Japan, seed-bed of martyrs The Province’s missions in the 19th century The missions save the Order Spreading out throughout the world (1896-1906) St Ezequiel Moreno The Province’s missions in the 20th century Introduction The Philippines in the 20th century Prelature of Ciudad Madera (Chihuahua, Mexico) Sarapiqui (Costa Rica) Kamabai and Kamalo (Northern Province, Sierra Leone) Kaohsiung (Taiwan) Missionaries today MISSIONARY ZONES Prelature of Labrea (Amazonas, Brazil) History of the Purus Physical description of the region Social geography Evangelization Diocese of Shangqiu (Henan, People’s Republic of China) Historical background to the Augustinian Recollects in China Shanghai Preparation (1919-1923) Geography, economy, and society of the Kweiteh mission The first stage (1924-1930) The second stage (1931-1937) The third stage (1938-1952) The fourth stage: beyond the bamboo curtain MISSIONARY MINISTRIES Boy's Town (Aguascalientes de Cartago, Costa Rica) St Monica’s home (Fortaleza, Ceará, Brazil) CARDI, the Augustinian Recollect Centre for Integral Development, Mexico DF Service to immigrants Latin-American Chaplaincy, London The Chinese chaplaincy in the Archdiocese of Madrid