The Augustinian Recollection, missionary right from the start

In 1588, some of these Augustinians from the Province of Castilla responded to call of revision and reform for the mendicant orders, from which emerged the orders now called “discalced” or in the case of the Augustinians, “Recollects”. The History of the Church tends to reflect in these new orders the sense of asceticism, seclusion and the monastic life. But it would incorrect to not also concentrate in their apostolic and responsible proposal. One of the main sources of the Order of the Augustinian Recollects is Book of Chronicles, which relates in its first volume the first of the missions “to the mountains” in the High Pyrenees, almost immediately after the first expedition to the Philippines. 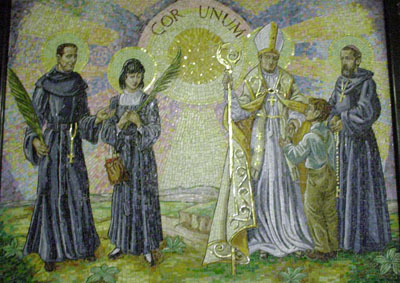 Saints of the Order. Mosaic in the General House of the Augustinian Recollects in Rome, Italy. From left to right, Vicente Soler, Magdalena de Nagasaki, Thomas de Villanueva y Ezekiel Moreno. The most distinguished recollects have in common lives whose history has important missionary elements.

The mission to the Philippines is what has marked later history. It was the first destination for the Recollect missionaries. The first prior provincial, fray Juan de San Jerónimo, received from the King Felipe III the offer to be Bishop of San Cristóbal de Chiapas. But the good friar responded to the king, that instead of such a grace, it was permitted him to head a mission to “new lands”. The monarch chose the Philippines and demanded an expedition of twelve religious. 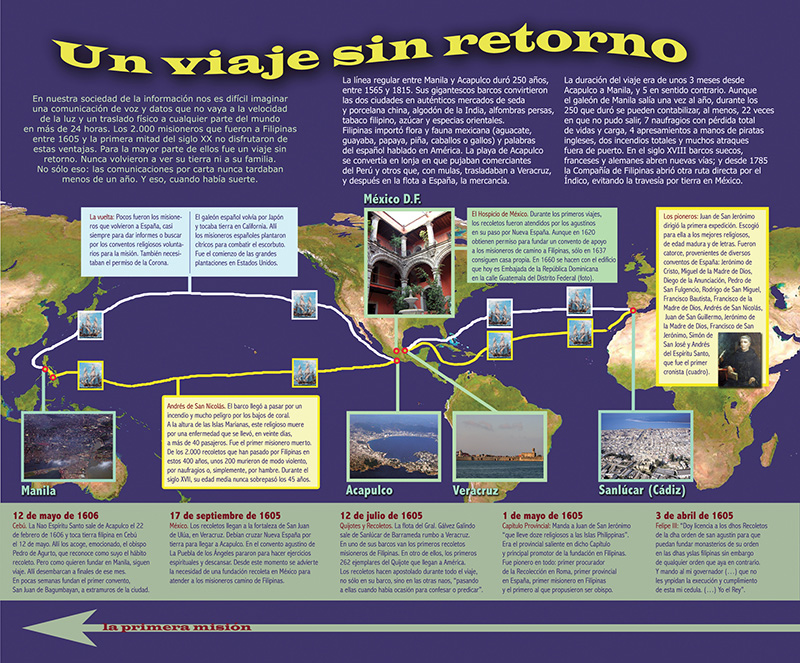 Mural explaining the first journey of the Augustinian Recollect missionaries to the Philippines. Download large mural [2.2Mb].
On the 10th of May 1606 they arrived in Manila. In this way began a large and rich missionary Recollect history, with a series of almost uninterrupted expeditions, which during four centuries, have sustained Christianity with their work, their sweat, and occasionally, with their blood.

Without being an exclusively missionary Order, the missions have been an inescapable part of the historical, spiritual and charismatic heritage of the Order. They have provided internal cohesion, corporative spirit and a living witness to its activity in the world. The Order has felt useful in the Church and society; it has enabled the religious to look beyond their inner world. 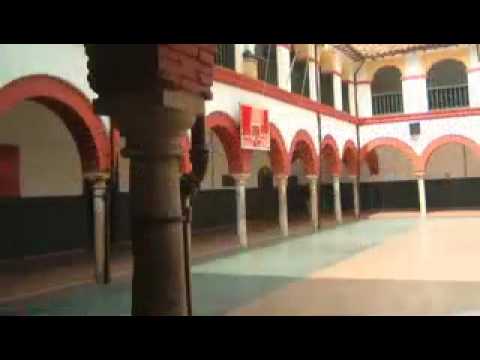 In the missions the life of the Augustinian Recollects was extended which has reached as far as the altars of sanctity: Magdalena de Nagasaki, Ezekiel Moreno, Francisco de Jesús, Vicente de San Antonio, Melchor de San Agustín, Martín de san Nicolás…As well as hundreds of martyrs who, throughout history, have given witness to their faith by handing over their very lives.

The three stages of the Augustinian Recollect missions
index Introduction Missionaries out of necessity Mission, a complex and all-embracing term Religious, lay people, and volunteer missionaries Missionaries according to the laws Constitutions of the Order of Augustinian Recollects Statutes of the Missions Missionaries by inheritance St Augustine Cultivating the missionary spirit The Augustinian Recollection, missionary right from the start The three stages of the Augustinian Recollect missions The Philippines, “surname” of the province of St Nicholas Japan, seed-bed of martyrs The Province’s missions in the 19th century The missions save the Order Spreading out throughout the world (1896-1906) St Ezequiel Moreno The Province’s missions in the 20th century Introduction The Philippines in the 20th century Prelature of Ciudad Madera (Chihuahua, Mexico) Sarapiqui (Costa Rica) Kamabai and Kamalo (Northern Province, Sierra Leone) Kaohsiung (Taiwan) Missionaries today MISSIONARY ZONES Prelature of Labrea (Amazonas, Brazil) History of the Purus Physical description of the region Social geography Evangelization Diocese of Shangqiu (Henan, People’s Republic of China) Historical background to the Augustinian Recollects in China Shanghai Preparation (1919-1923) Geography, economy, and society of the Kweiteh mission The first stage (1924-1930) The second stage (1931-1937) The third stage (1938-1952) The fourth stage: beyond the bamboo curtain MISSIONARY MINISTRIES Boy's Town (Aguascalientes de Cartago, Costa Rica) St Monica’s home (Fortaleza, Ceará, Brazil) CARDI, the Augustinian Recollect Centre for Integral Development, Mexico DF Service to immigrants Latin-American Chaplaincy, London The Chinese chaplaincy in the Archdiocese of Madrid