La Barra do Ceará is a large district in the North of Fortaleza with a very depressed economy: unemployment, disintegrated families, and with deficient services and infrastructures. The Augustinian Recollects arrived there in the year 2000 to work in two areas; Saint Augustine´s Seminary and the pastoral responsibility of six grass-root communities. 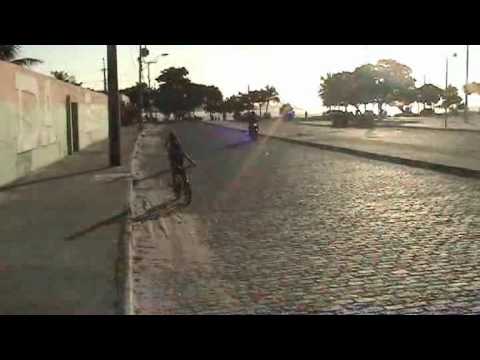 Visit to the district of Ceará de Fortaleza, the state capital of Ceará, Brazil.
They could not stay on the margins of reality, so they decided to attend to the young girls and adolescents. It is one of the sectors of the population with the greatest social, psychological, and family risks in the district, in continuous danger of suffering grave harm from a very young age. Once they have entered into the spiral of use and abuse of their bodies they lose any vision of a future, auto esteem, will and respect and stop considering study as a source of growth and well-being. 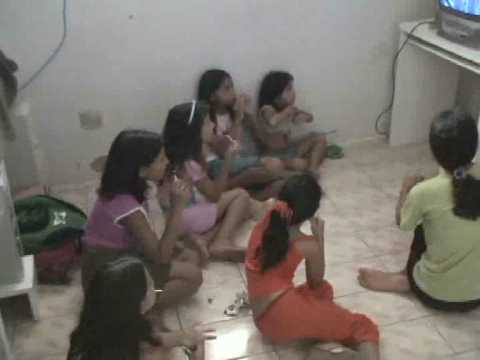 One of the social projects with the young in the Barra do Ceará.
Various organizations attended to the young in la Barra, but with a lack of human and material resources. Also, the victims of abuse and sexual exploitation need to leave their aggressive environments but there were in Fortaleza few refuge centres which give that kind of attention. To complement their plan of action the Augustinian Recollects had created a refuge centre with integral attention in the Uirapurú Spiritual Joint Ownership (CEU),which was the centre of an association if groups that in one unique space have united their social projects. This includes projects for single mothers, AIDS suffers, prisoners, street children, drug dependency, and with Saint Monica´s Homes young girls in situations or in grave danger of commercial sexual exploitation. 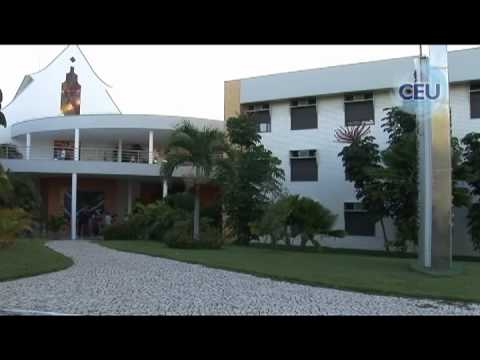 The Uirapurú Spiritual Joint Ownership (CEU) in Fortaleza unites in its facilities various social projects marked by the defence of the rights of the most vulnerable from the point of view of Christian humanism.
The Recollects project is completed in the districts of Barra do Ceará and Carlito Pamplona, with similar characteristics, through home visits, distribution of necessities, and the creation of cultural and formative spaces through the reference of music or reading.

The dynamics of injustice

In Fortaleza the districts are set apart by the distribution of riches; there are some areas which are fine, touristy, with clean streets and all that the society can offer for well-being; along with this are the districts on the periphery with people living on top of one another and without dignity.

La Barra de Ceará has 80,000 inhabitants in 385 hectares, of which 41% are minors. More than 2,000 families live in shanty towns and almost 3,000 in illegal and improvised residences. The ground is unhealthy and unstable. There are no sewers or drainage and light comes by way of illegal and precarious cables and connection lines. The families survive on black economy: in 15.25% of the homes there are no fixed incomes and another 30% receive a minimum wage or less. The lack of investment and the social indifference for primary school studies means that 25% of the minors are illiterate and have to help out with the family income. 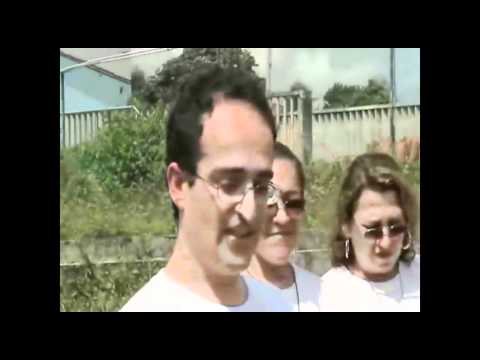 Ceremony for the blessing of the first stone in the facilities of Saint Monica´s Home in Fortaleza on the 19th of March 2009.

A project with objectives

Saint Monica´s Home covers all the necessities of the residents: order, hygiene, food, clothes, communal living. They are implicated in their own formative process through the use of responsibility, commitment, the acceptance of social values and norms, individual therapy, and groups on drug consumption, bad treatment, sexual exploitation, family disintegration...

In all of this they try to eliminate school truancy, being unsocial, violence, the lack of free and proper judgement, economic dependence, and job uncertainty. Free time and games are places for healthy growth, promoted via sports, nature walks, traditional games, theatre, dance, painting, capoeira, judo, craftwork, music... 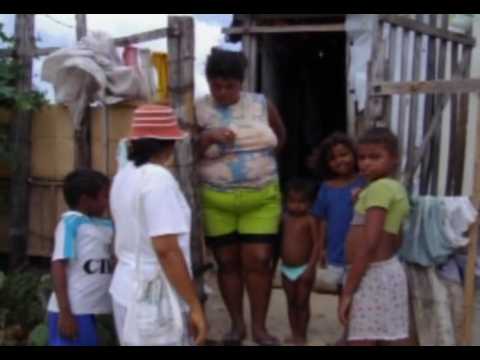 Saint Monica´s Homes have appeared in communication mediums in Spain and Brazil and have acquired certain public notoriety thanks to the work they are developing.
The refuge links the residents with their families and public and private organisms. The process to complete the legal requisites is very rigorous through the intervention and auditing of the competent authorities. As a Catholic and Augustinian Recollect centre the Home does not neglect the pastoral attention, yet also respecting the particular religious beliefs and practices of the residents. 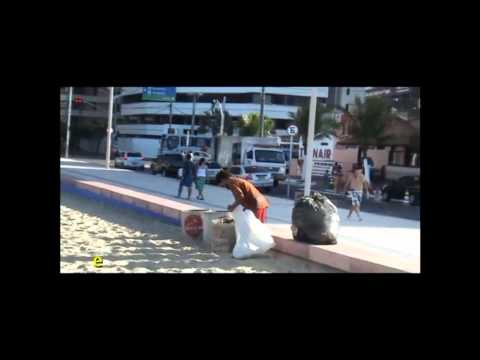 The intervention is done in a multidisciplinary way using the directorates of the Guide of Rights to Families and Communities Living Together. There are four types of intervention: 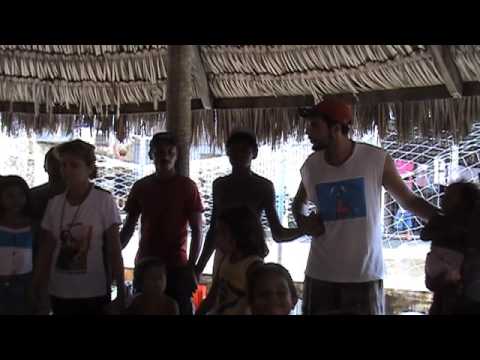 The programmes of Saint Monica´s Home extend towards the districts of Barra do Ceará y Carlito Pamplona in an important work of prevention and identification of possible victims. 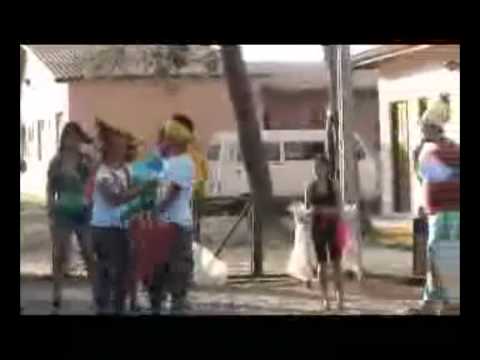 One of the celebrations for local friends and benefactors of Saint Monica´s Home with the smaller residents. The games and the joy reflect a very important adult model for these small ones. 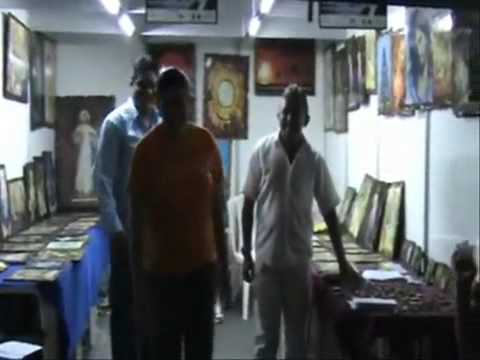 Cultural and social activities mark the life of these small ones in Saint Monica´s Home and show them a world of new possibilities.

Saint Monica´s Home is a wide project, complex and with a large development in time and its own conception. In its final planning, not as yet complete, there will be refuge homes, social mothers, formation workshops, a sports area, games and free time, a library, a medical consultancy, a house for volunteers, a general kitchen, an administration office, management and attention, street educators. 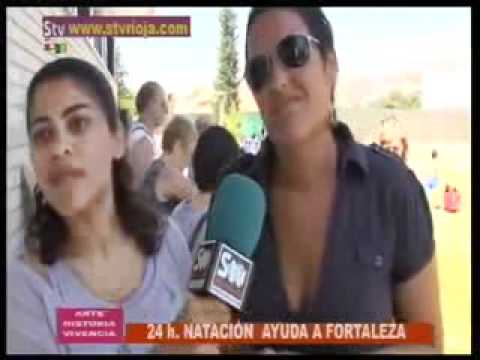 Various support groups in Brazil and abroad finance the activities and the daily life of Saint Monica´s Home. Some of the support activities in Arendo (La Rioja, Spain) and Zaragoza (Aragón, Spain) can be found here.


CARDI, the Augustinian Recollect Centre for Integral Development, Mexico DF
index Introduction Missionaries out of necessity Mission, a complex and all-embracing term Religious, lay people, and volunteer missionaries Missionaries according to the laws Constitutions of the Order of Augustinian Recollects Statutes of the Missions Missionaries by inheritance St Augustine Cultivating the missionary spirit The Augustinian Recollection, missionary right from the start The three stages of the Augustinian Recollect missions The Philippines, “surname” of the province of St Nicholas Japan, seed-bed of martyrs The Province’s missions in the 19th century The missions save the Order Spreading out throughout the world (1896-1906) St Ezequiel Moreno The Province’s missions in the 20th century Introduction The Philippines in the 20th century Prelature of Ciudad Madera (Chihuahua, Mexico) Sarapiqui (Costa Rica) Kamabai and Kamalo (Northern Province, Sierra Leone) Kaohsiung (Taiwan) Missionaries today MISSIONARY ZONES Prelature of Labrea (Amazonas, Brazil) History of the Purus Physical description of the region Social geography Evangelization Diocese of Shangqiu (Henan, People’s Republic of China) Historical background to the Augustinian Recollects in China Shanghai Preparation (1919-1923) Geography, economy, and society of the Kweiteh mission The first stage (1924-1930) The second stage (1931-1937) The third stage (1938-1952) The fourth stage: beyond the bamboo curtain MISSIONARY MINISTRIES Boy's Town (Aguascalientes de Cartago, Costa Rica) St Monica’s home (Fortaleza, Ceará, Brazil) CARDI, the Augustinian Recollect Centre for Integral Development, Mexico DF Service to immigrants Latin-American Chaplaincy, London The Chinese chaplaincy in the Archdiocese of Madrid