History of the Purus

The Treaty of Tordesillas in 1494 conferred to Spain the entire Amazon. The expeditions to Orellana (1539) and Ursúa (1549) made them known, but the Spanish Empire did not give them great importance. English, French and Dutch tried to settle in their lands. Portugal installed themselves, breaking the Treaty and to strengthen Labrea they founded the cities of Belem, Óbidos and Santarem. 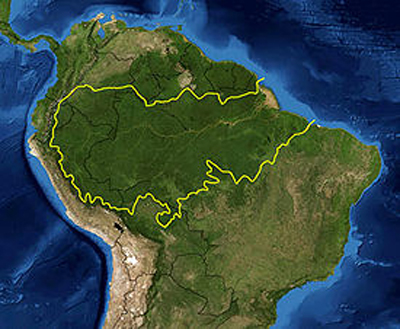 The great Amazon basin was one of the last places in Latin America to be evangelized. The consequences of the military conquest brought about the near disappearance of the pre-Spanish cultures and some tense relations between missionaries and explorers.

The conquest was brought about by troops punished for being enemies of Portugal, by hunters of the Indians (sertanistas) who enslaved them in order to collect the harvest and by the missionaries who catechized and defended them from military oppression and slavery. 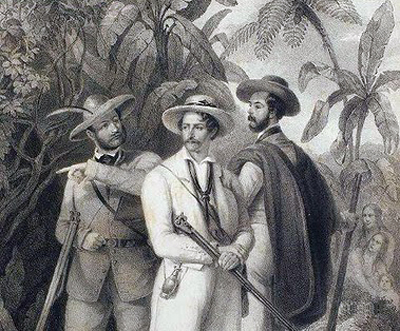 Spanish, Dutch, French, and finally the Portuguese fixed their eyes on the Brazilian Amazon.
The first written notices of the Purus arrive by way of the German Jesuit Samuel Fritz in 1689: “After I arrived to those places, there arrived from their villages many Cuxiuara Indians with their children. Whilst I was there for eight days they attended to me quickly and lovingly, [...] and expressing the desire that I should stay with them”.

Before 1689 there were already Portuguese in the Purus. They navigated for forty days up until 200 leagues up river and they converted it into a great provider of meat, fat, tortoise oil, sarsaparilla, and oil resin for which they would need many indigenous workers. The Indians in the area were quickly exterminated. 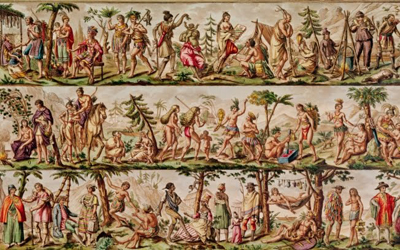 An old engraving of the discovery of the indigenous Amazon societies.
The liberalism and the enlightenment of the Marquis of Pombal arrived to the Amazon in 1757. He wanted to integrate the indigenous into the colonial system as farmers, hunters, spice collectors, oarsmen, guides and makers of basic products. The natives were forced to reunite themselves in small towns, and faced with the lack of indigenous workers they introduced African slaves. Overseas trade flourished and there appeared new magnates, land owners, and traders.

The exploitation of rubber determined the rapid occupation of virgin areas. The indigenous lands diminished drastically and various peoples were exterminated. They brought thousands of men from the North-East of Brazil, where the droughts eased this emigration to the new El Dorado. One of these north-eastern people was the Cornel Antonio Rodríguez Pereira Labre, the founder of Labrea in 1873. The municipal came to produce a third of the rubber in the Amazon. It stood out as the “Queen of the Purus”, with stone streets, a Church, some buildings and four “The Purus”, “The Labrense”, “The City of Labrea” y “And the Purus Post”. 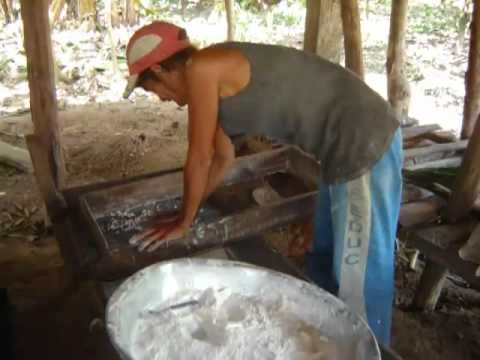 Physical description of the region
index Introduction Missionaries out of necessity Mission, a complex and all-embracing term Religious, lay people, and volunteer missionaries Missionaries according to the laws Constitutions of the Order of Augustinian Recollects Statutes of the Missions Missionaries by inheritance St Augustine Cultivating the missionary spirit The Augustinian Recollection, missionary right from the start The three stages of the Augustinian Recollect missions The Philippines, “surname” of the province of St Nicholas Japan, seed-bed of martyrs The Province’s missions in the 19th century The missions save the Order Spreading out throughout the world (1896-1906) St Ezequiel Moreno The Province’s missions in the 20th century Introduction The Philippines in the 20th century Prelature of Ciudad Madera (Chihuahua, Mexico) Sarapiqui (Costa Rica) Kamabai and Kamalo (Northern Province, Sierra Leone) Kaohsiung (Taiwan) Missionaries today MISSIONARY ZONES Prelature of Labrea (Amazonas, Brazil) History of the Purus Physical description of the region Social geography Evangelization Diocese of Shangqiu (Henan, People’s Republic of China) Historical background to the Augustinian Recollects in China Shanghai Preparation (1919-1923) Geography, economy, and society of the Kweiteh mission The first stage (1924-1930) The second stage (1931-1937) The third stage (1938-1952) The fourth stage: beyond the bamboo curtain MISSIONARY MINISTRIES Boy's Town (Aguascalientes de Cartago, Costa Rica) St Monica’s home (Fortaleza, Ceará, Brazil) CARDI, the Augustinian Recollect Centre for Integral Development, Mexico DF Service to immigrants Latin-American Chaplaincy, London The Chinese chaplaincy in the Archdiocese of Madrid