On December 30th, the effective foundation and the issuance of promises of the first eleven members of the Secular Fraternity “Christ High and Eternal Priest” took place, after 27 years of presence of the Augustinian Recollects in this Parish and capital city of the northern Mexican state. of the same name. 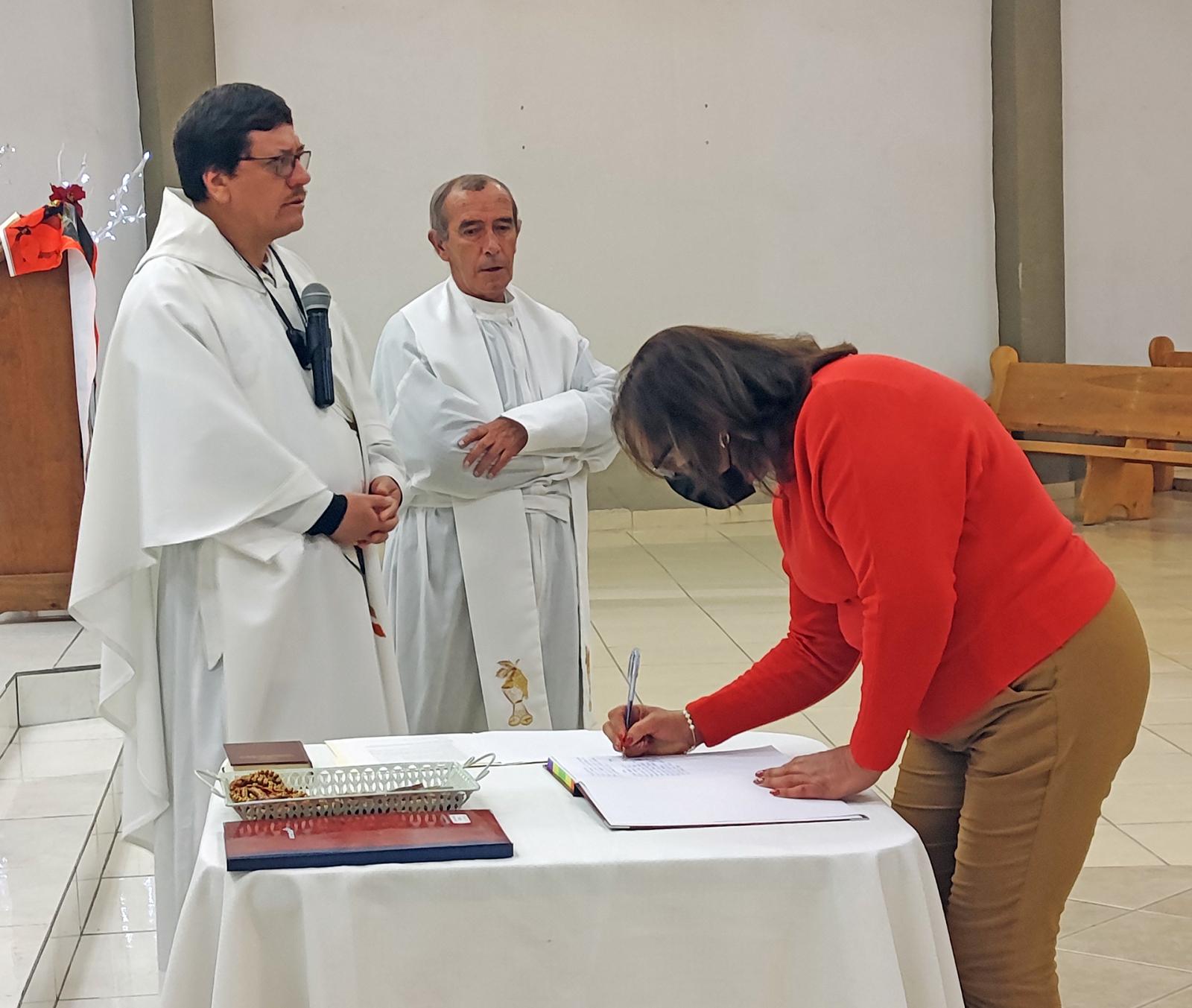 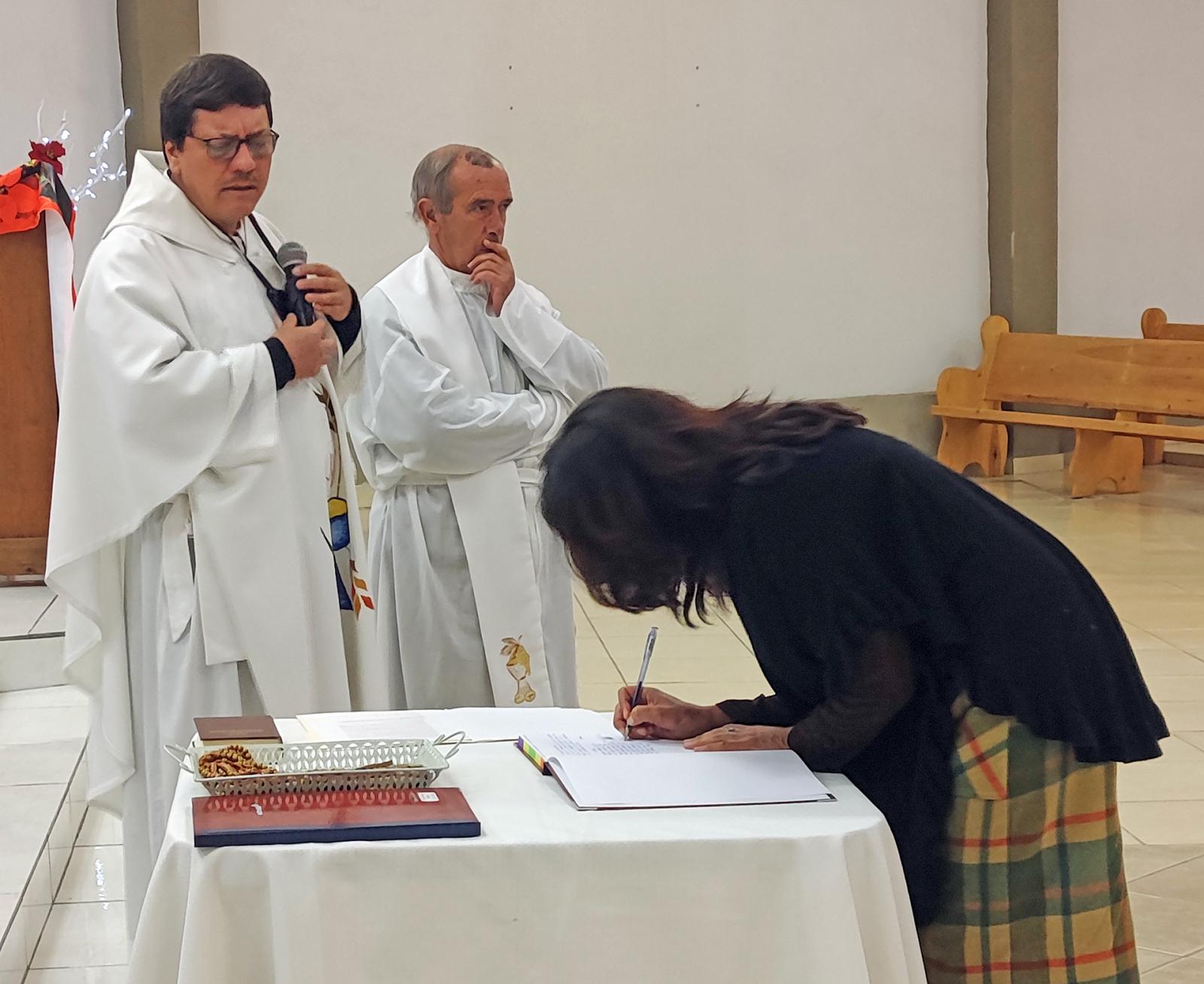 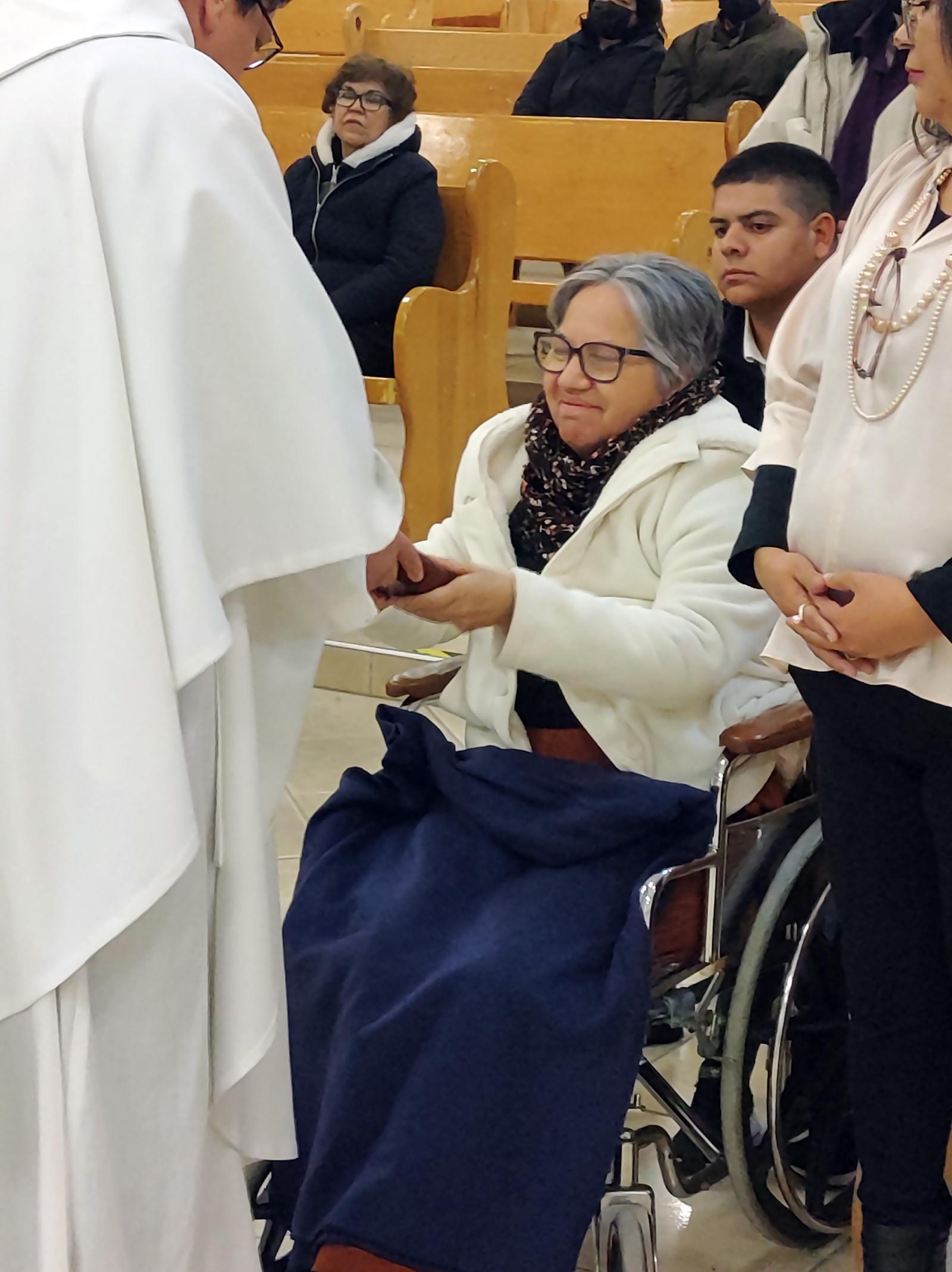 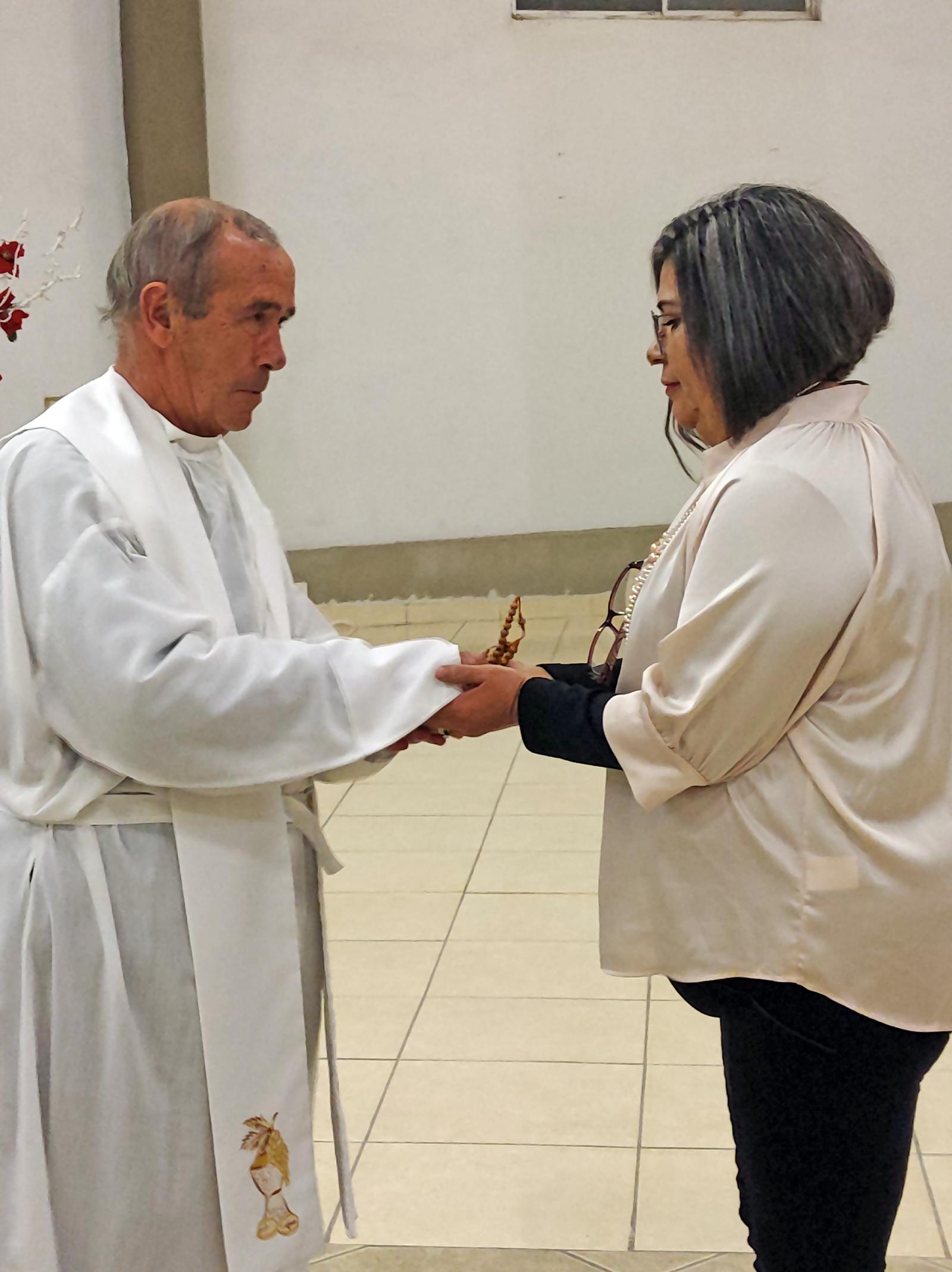 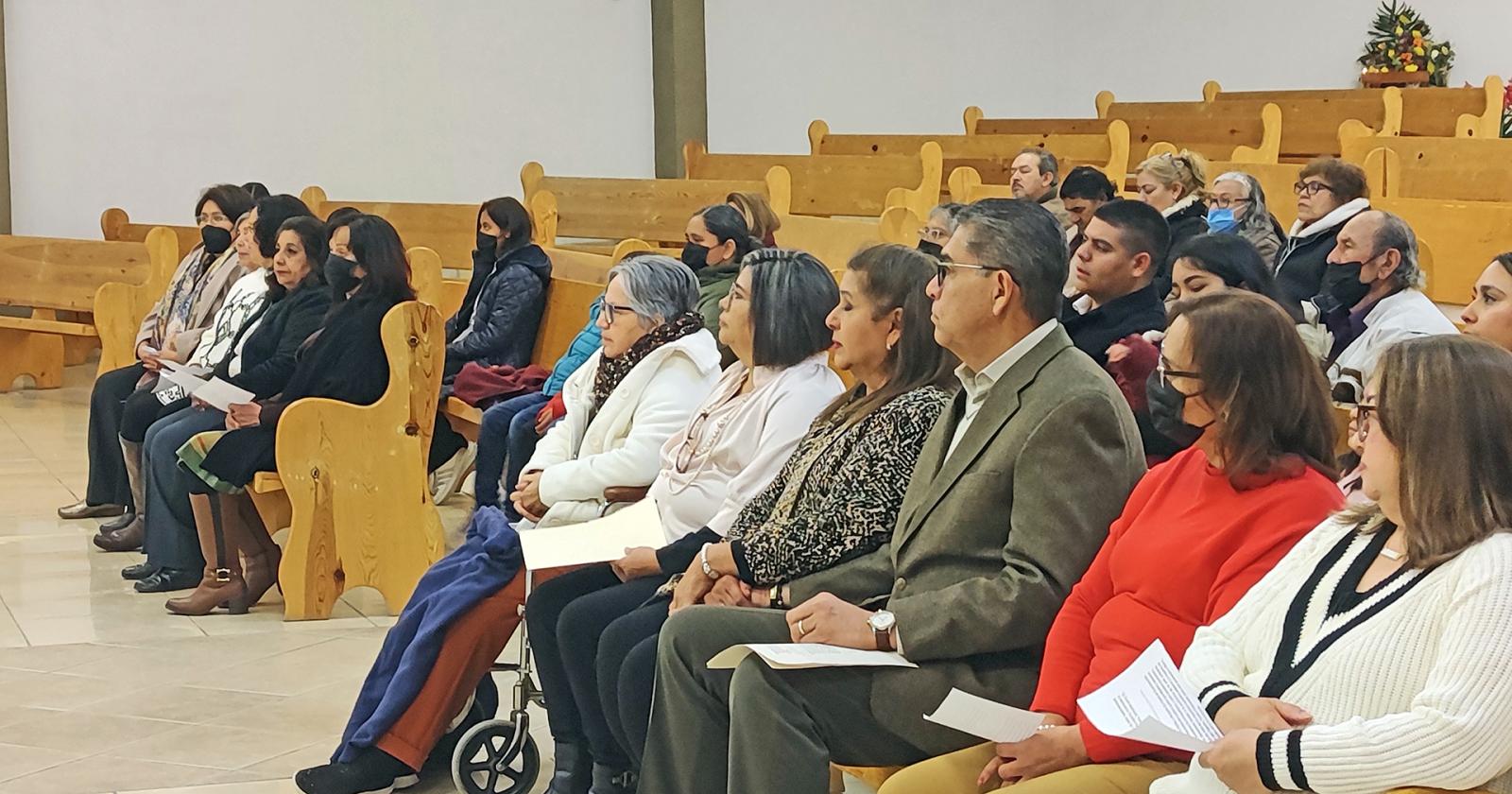 The Augustinian Recollects have been in the city of Chihuahua since 1986, the capital of the State where, however, they have been there much longer, since the creation of the Prelature of Madera twenty years earlier, in 1966. In the capital they have attended during these last 27 years the Parish of Christ High and Eternal Priest, located in Colonia 2 de Octubre.

Since a Fraternity is made up of people, the implantation of this part of the Augustinian Recollect Family could only be endorsed with people who publicly expressed their desire and issued the promises that make them members of a Fraternity. There were eleven people, ten women and one man, who took this step after a full year of prior training.

The Secular Fraternity took the name of the parish patron, “Christ High and Eternal Priest”, and was officially constituted in the temple of Our Lady of the Rosary at seven in the afternoon. The eleven founding members are Alejandra Gabriela, Cleotilde, Dora Cristina, Teresa de Jesús, Miriam Maricelene, Norma Lorena, Dora Mercedes, Santos, Blanca Estela, Emma Raquel and Jaime.

In addition, the necessary appointments were made for the proper functioning of the Fraternity, leaving Jaime Gutiérrez as president, Alejandra Gabriela López as formator, and the Augustinian Recollect Serafín Pineda as spiritual companion. The books of promises and of notable things were also opened, where both the new members and the facts and history of this new Fraternity will be recorded.

Colonia “2 de Octubre” in Chihuahua covers an area of 48 hectares and, according to Market Data, Mexico has 908 homes where 3,220 people live, with an average age of 25 years. There are almost a thousand children under the age of 14 and another thousand between the ages of 15 and 29. Only about 300 are over 60 years old.

There are almost a hundred companies installed in the Colony and slightly less than 200 commercial establishments, a relatively low figure compared to other areas of the capital city of the State of Chihuahua. Some 400 people who do not live in the Colony do work in one of the companies located in it.