Frater Mariano Gazpio: The “Saint of the Mission” in his relationship with the prior provincial Santo Bermejo

The last years of Mariano Gazpio's stay in Kweiteh -Shangqiu-, Henan, China, coincided with the mandate of the prior provincial Santos Bermejo, from 1946 to 1952, the glowing and most fruitful period of the missionary deeds of the Augustinian Recollects in this asian country. 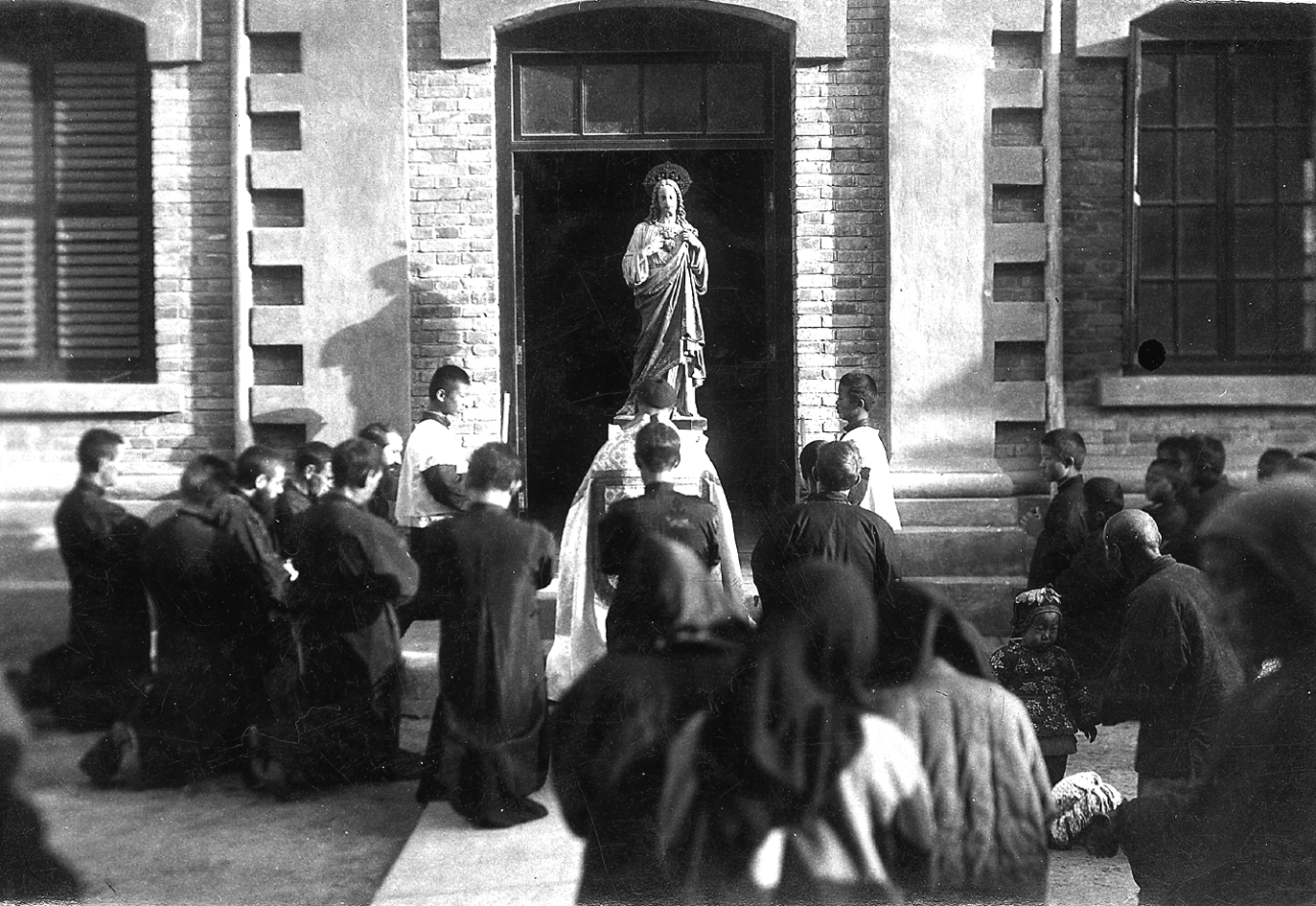 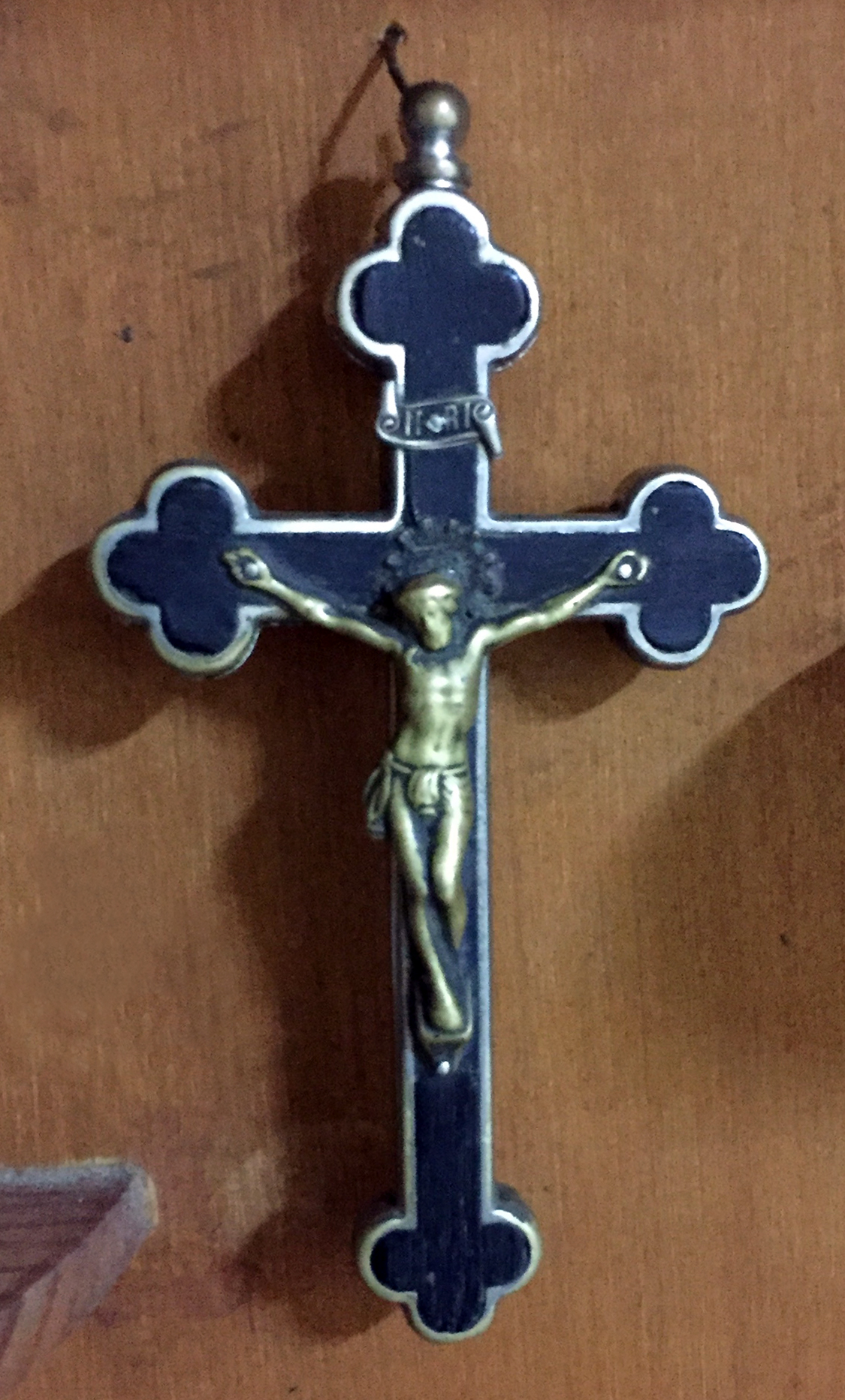 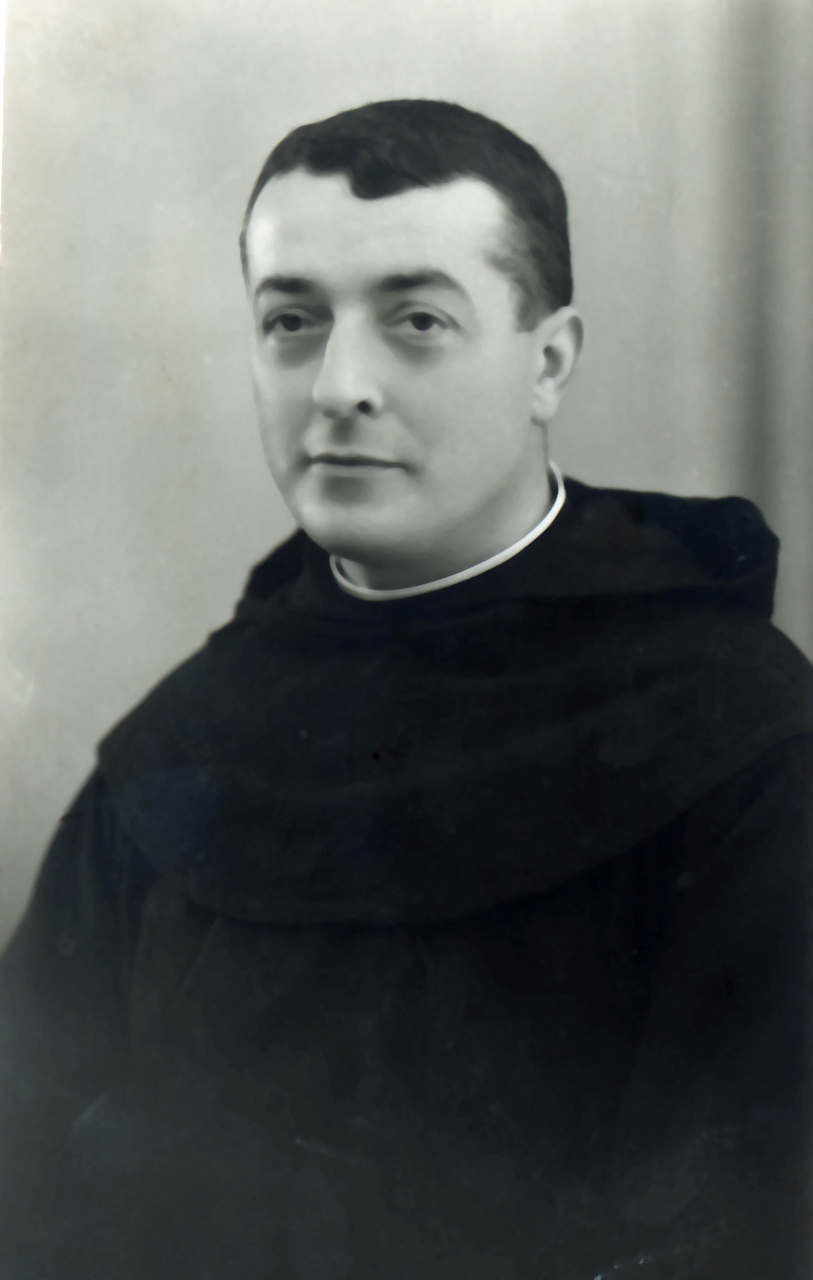 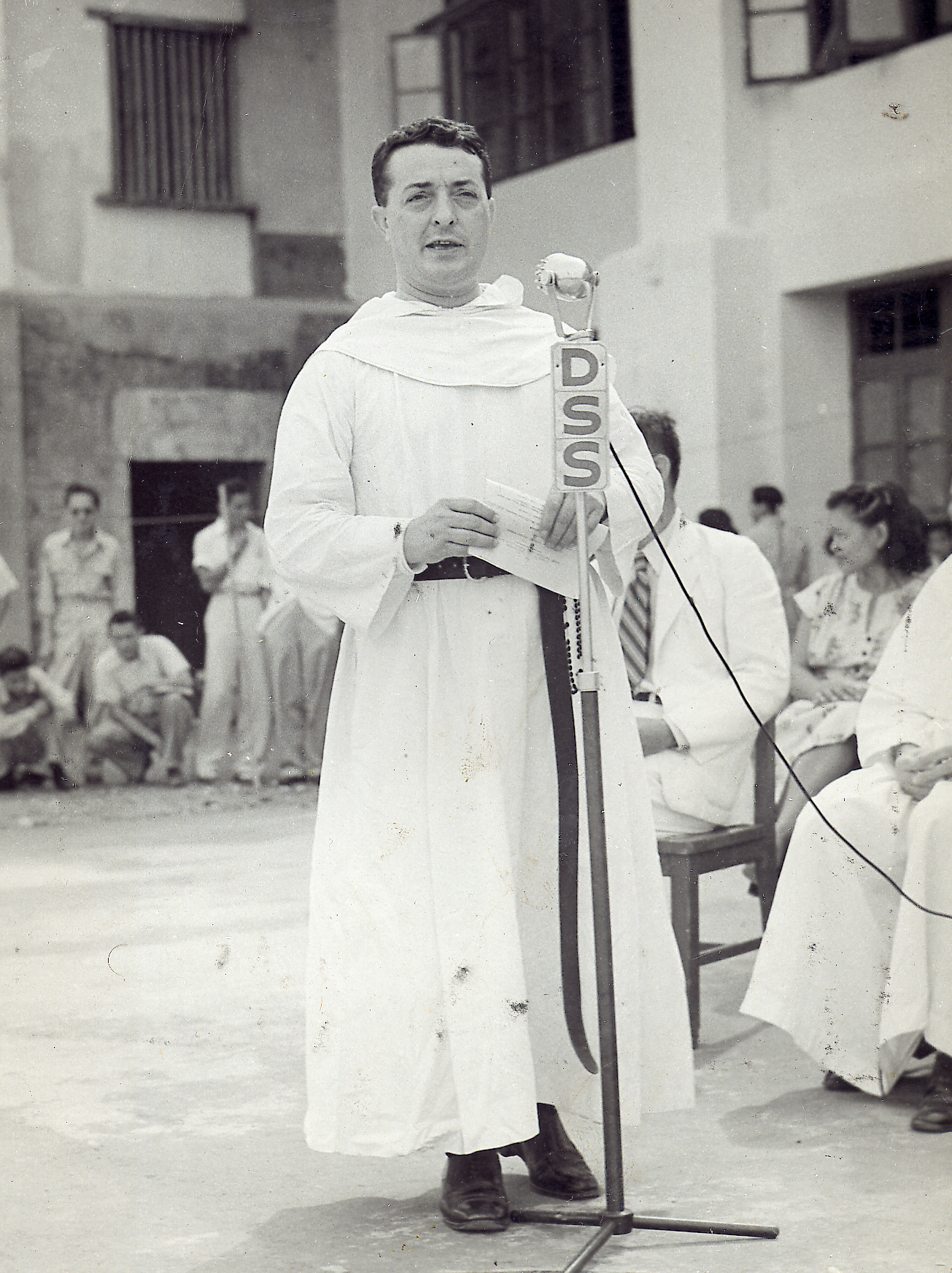 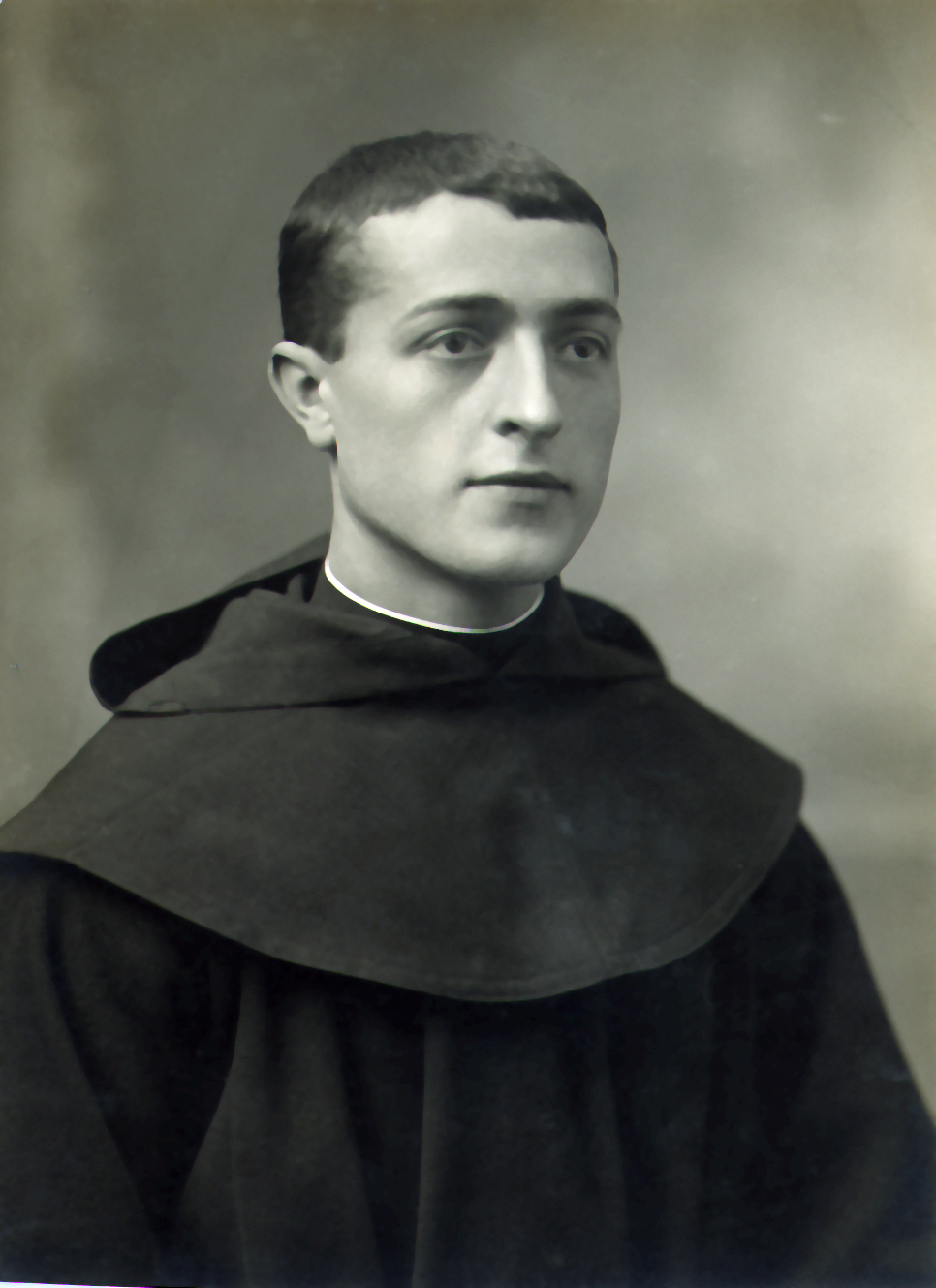 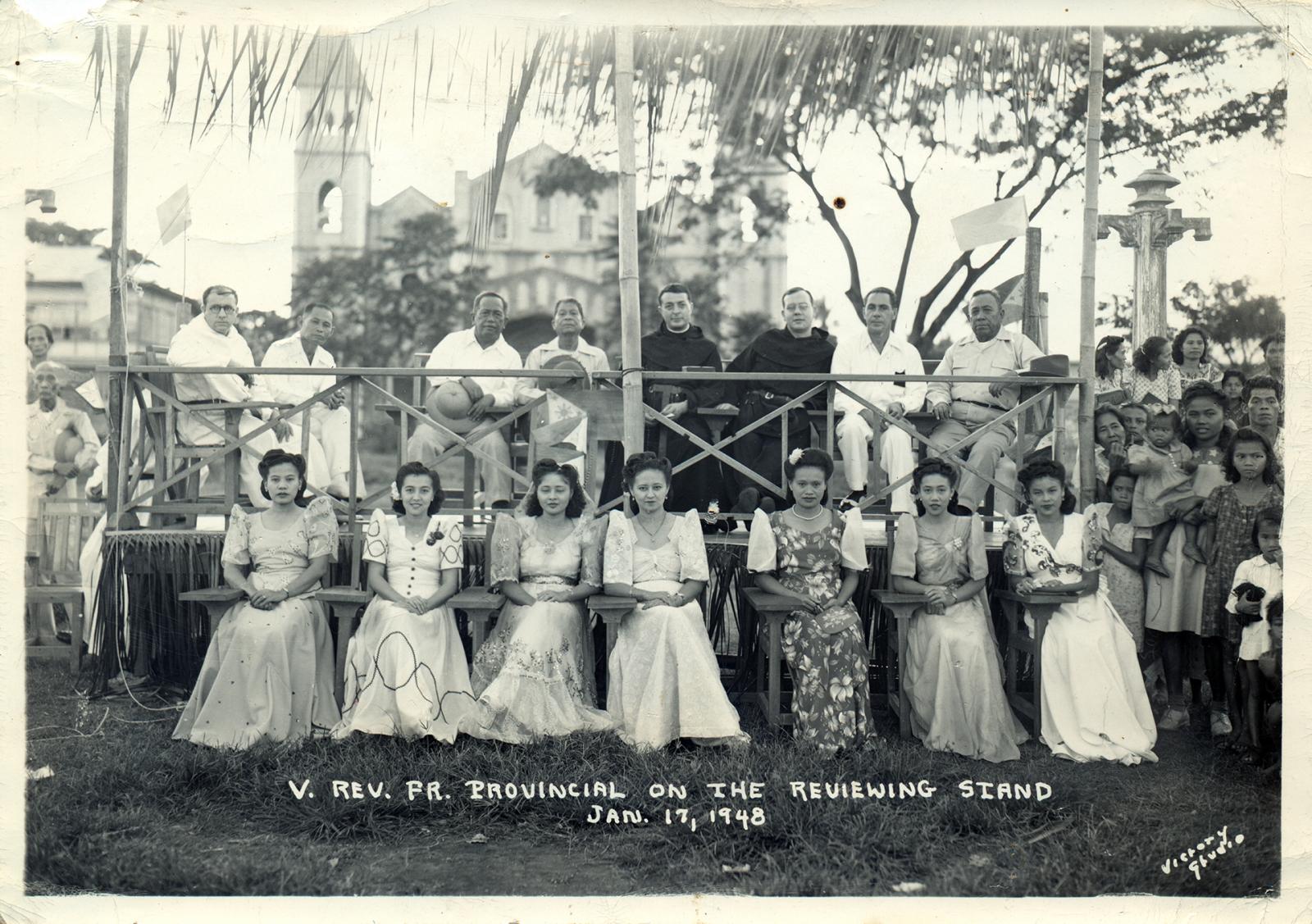 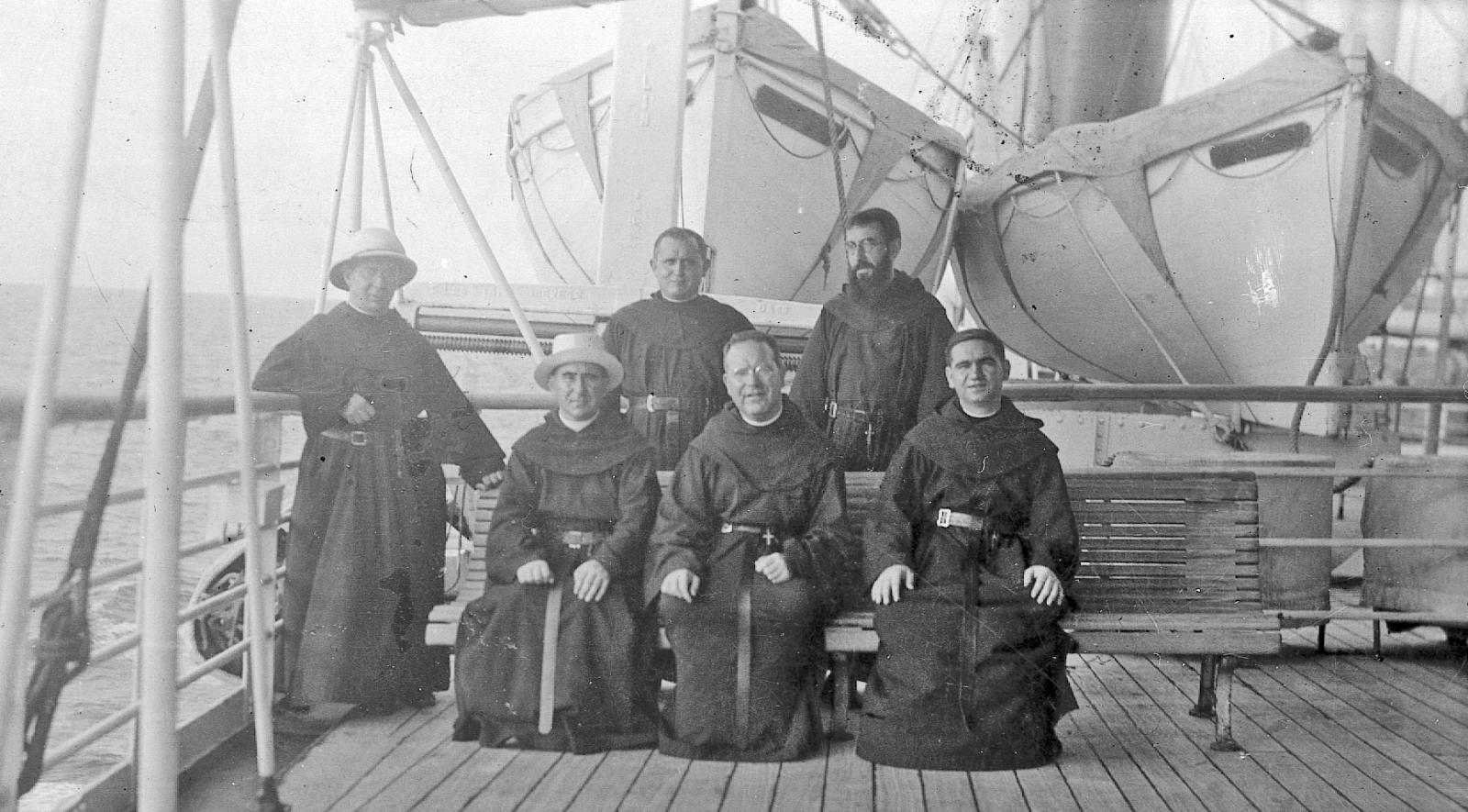 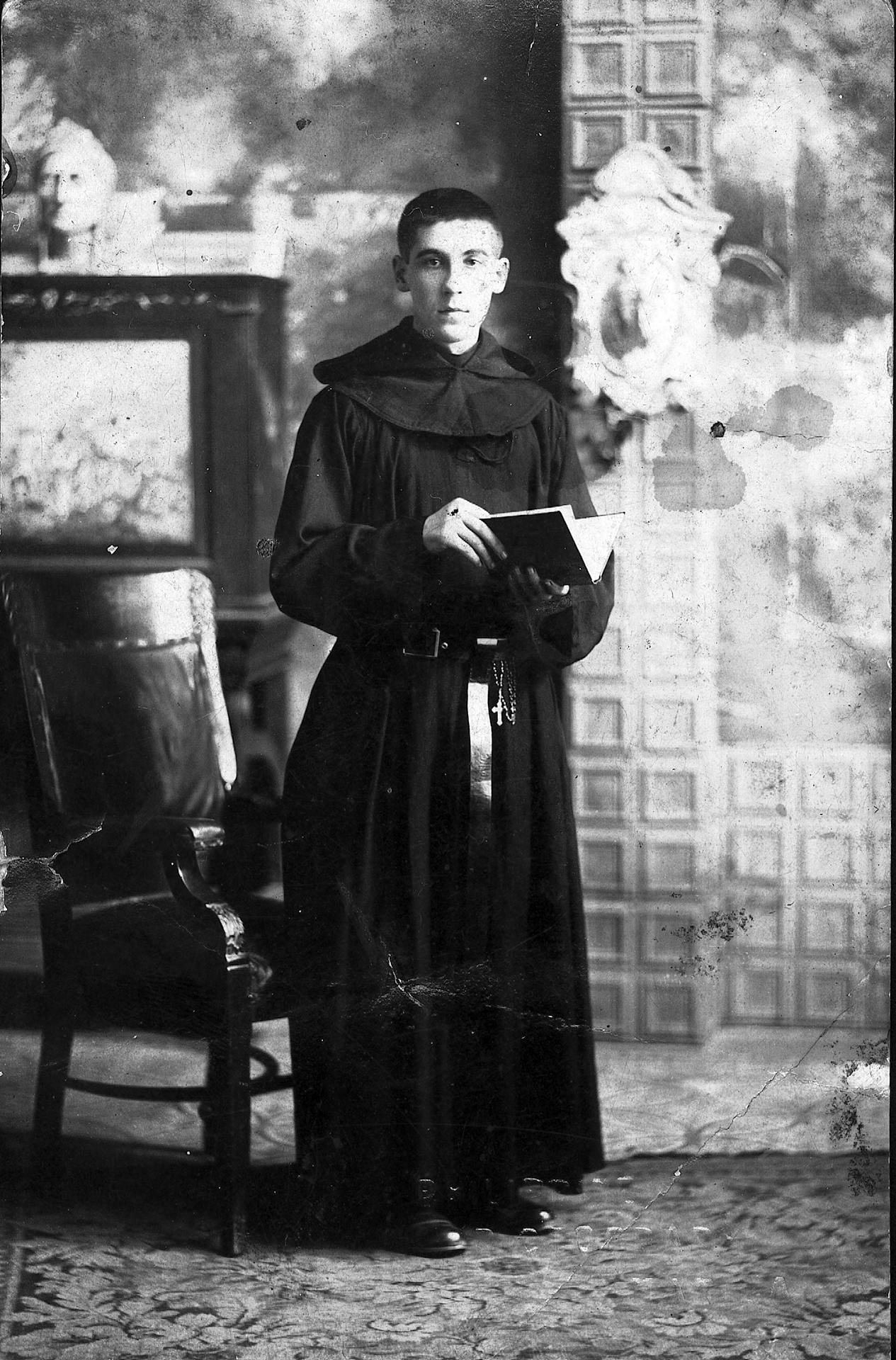 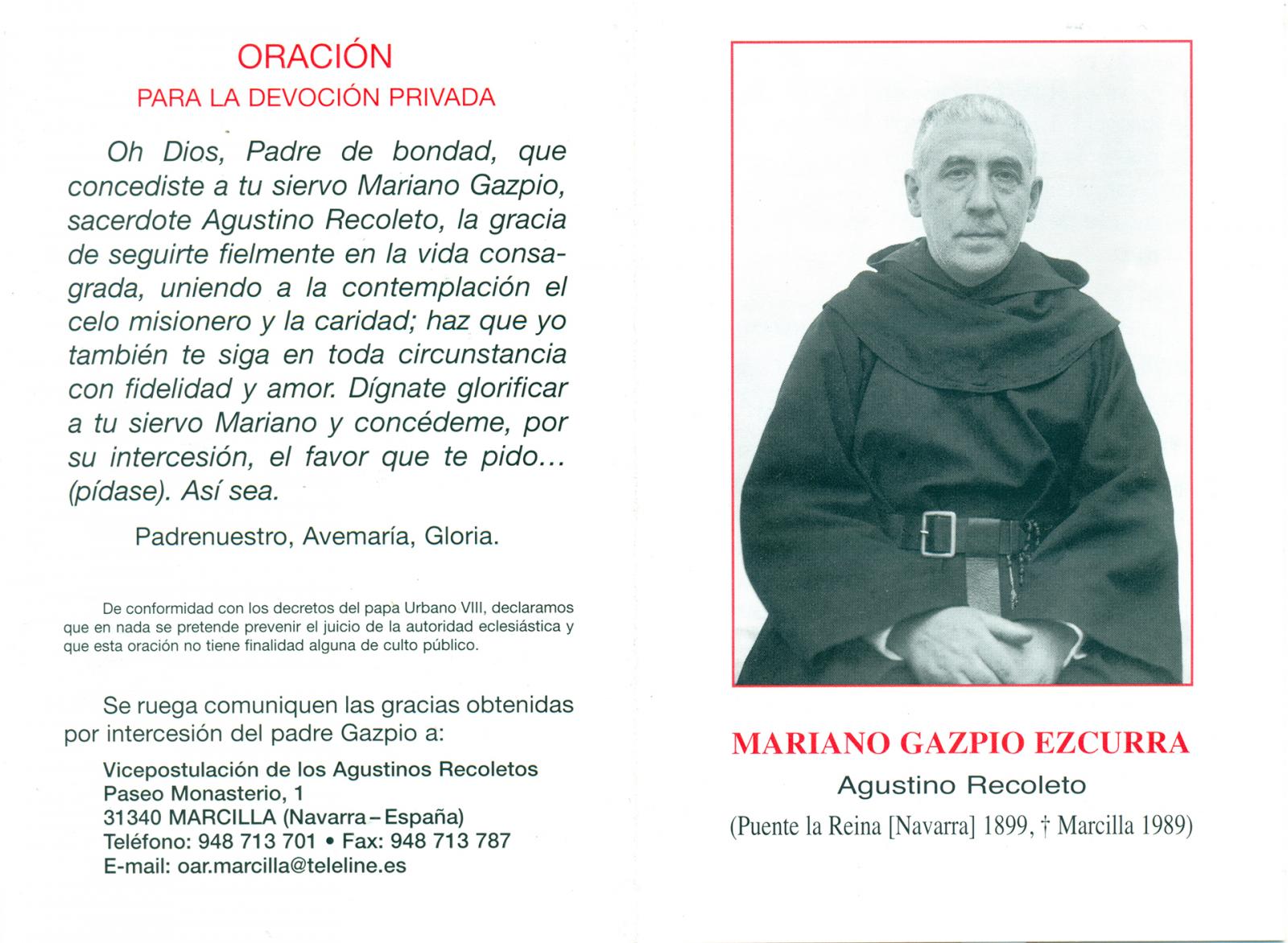 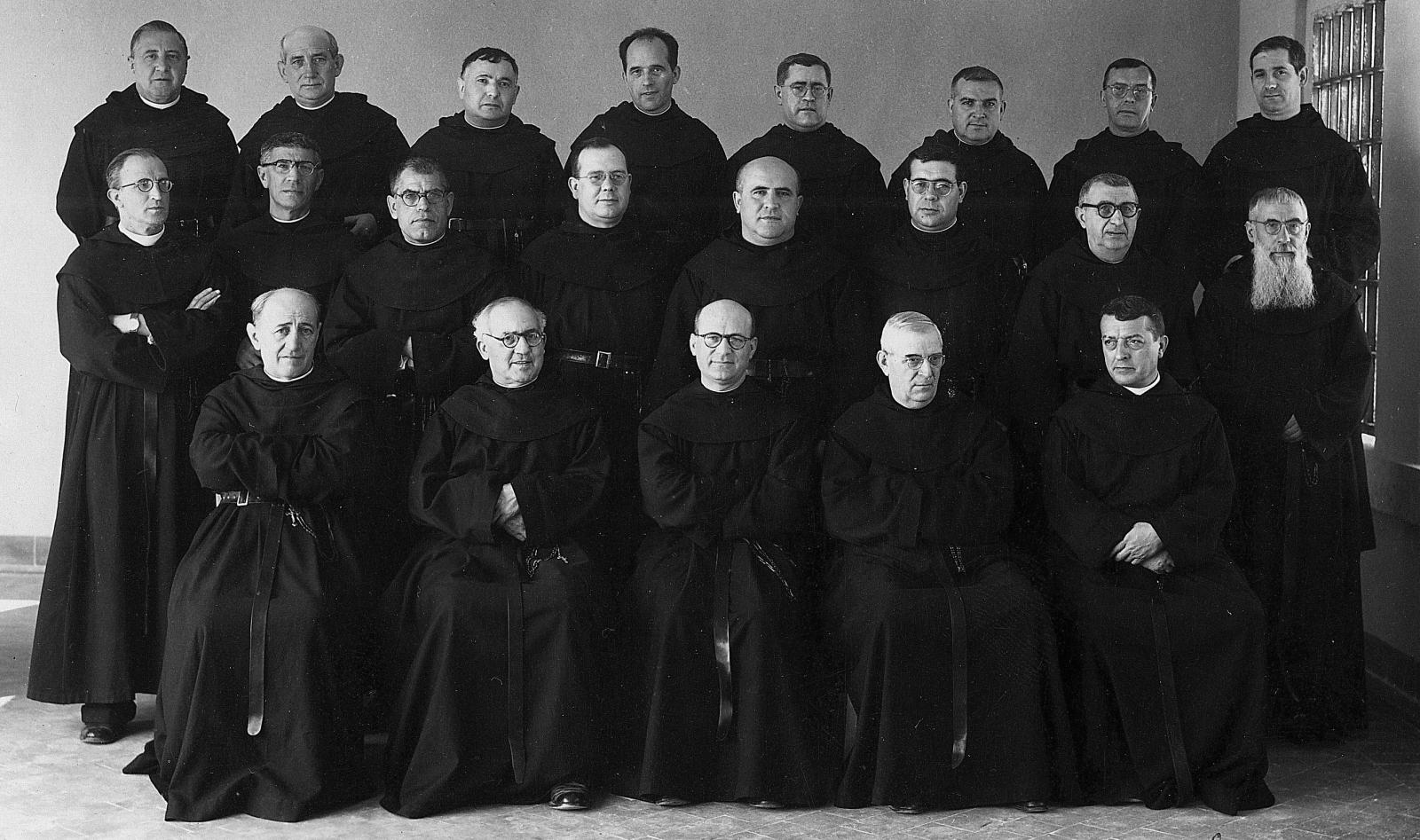 Santos Bermejo's testimony is especially important because, in addition to expressing his feelings, he frequently speaks for the feelings of the religious of the Province of Saint Nicholas of Tolentine of the Order of Augustinian Recollects regarding the mission of Kweiteh.

A Prior Provincial who loved the Mission

Santos Bermejo had known Mariano Gazpio since he was a teenager. They had lived together as students in the apostolic college of San Millán de la Cogolla (La Rioja, Spain) during the years 1912-1914.

Bermejo's tenure as prior provincial coincided with the most dangerous period for the missionaries. In 1946, shortly after the end of the Second World War, the communist revolution broke out in China and the civil war (1946-1949) resumed between the nationalists of Chiang-kai-Shec and the communists of Mao Tse Tung. The latter won, and on October 1st, 1949, Mao proclaimed the founding of the People's Republic of China, established the communist regime, and began persecution against the Catholic Church and its missionaries.

In November 1948 the communist army occupied the missionary territory of Kweiteh. In December 1950 he put his headquarters in the central house of the mission, forcing the missionaries to cede all their property to him. The communists made their lives miserable and forced them out of China in 1952.

This situation prompted Bermejo to send two circulars to the religious of the Province. In the one of October 20th, 1946, he ordered that every day

"in all our houses and ministries, an Our Father and a Hail Mary be prayed after the Rosary to Saint Nicholas of Tolentine for our missionaries";

“that every year, in all our houses and ministries, a solemn Mass be celebrated on Missionary Day, offering it for our missions, for our missionaries and for the increase in vocations, and that in each mass has a missionary sermon”.

11 letters from Bermejo to Gazpio have been preserved, exactly half the number from this to that one. All of them date from the years 1947 to 1952.

In his epistolary correspondence, Bermejo expresses great esteem and affection for him. He treats him with special respect and affection, he begins and ends the letters with expressions of great affection and admiration. He also felt great admiration and affection for the other missionaries in China, and frequently sent greetings to "each and every one of those dearest and heroic missionaries, whom we always keep in our prayers."

This love for the mission and for the missionaries explains why, despite the war, he made a canonical visit to them in 1948. Not being able to get close to Kweiteh, he asked Brother Mariano Gazpio, as religious superior, and two other representatives of the missionaries - Luis Arribas and Francisco Lizarraga - to go to the Shanghai attorney's office to be able to visit them between March 8th and 18th.

Serenity and courage versus fears

Bermejo lived worried about the news that came to him from China and the dangers that missionary life entailed there. On July 14th, 1948 he wrote to Gazpio:

“The bias occurring in China does not stop worrying us. That is why I have commissioned the priest vicar to take the choristers out of the mission, and your reverence knows that he is also authorized to transfer them to Shanghai as the first supply. Don't leave it until the last minute, lest it be too late."

With the worsening of the situation, concern grew not only in the prior provincial, but in the entire Province. Bermejo confesses that they live in anguish and that Gazpio's “very precious letters” serve them as a great consolation because they assure them that they are still alive.

“Blessed be the Lord who, in the midst of our anguish and uncertainty about the situation in which our brothers in that mission find themselves, has wanted to console us now with the arrival of his most precious letters [...], by which we see that up to now all they continue well, and all feel encouraged to bear by the Lord the hardships that such an abnormal situation necessarily brings with it. I cannot help thanking the Lord deeply that he has preserved all of them unscathed”.

The Prior Provincial Santos Bermejo, who lived on edge asking for or waiting for news, vibrated with joy and emotion upon receiving the reports and letters from Gazpio, which reassured him, consoled him, and encouraged him to continue praying fervently. The same effect, according to him, they must have had on the readers of the Provincial Bulletin and the Todos Misioneros (All Missionaries) magazine.

The integrity and serenity that Mariano Gazpio manifests in the face of such serious dangers and difficulties is based on his deep faith in divine Providence, which grew in the home of the personal prayer that he practiced and in the support of the prayer that he frequently asked for help. most important for the life of the mission:

“Be calm knowing that by the mercy of God our Lord we are all well and happy in these lands. The prayers of good, simple and humble souls move God to grant us tranquility in trials, serenity in dangers, joy in intimacy and internal peace at all times.
“Whenever I write to him, he tells Santos Bermejo, I recommend that you pray a lot for this mission; Above all, the simple and humble souls get us very special graces from the Heart of Jesus. Up to now we have felt the mercy of God in a singular way”.

On April 12th, 1951, before the first incarcerations of Recollects, he reassured him, placing all his trust in God:

“Don't be too sorry for us, even if you read these and other similar things. God our Lord knows what is done and always conducts himself as a loving and requesting Father. [...] The goodness of God is infinite and he treats us as a loving Father, and in the midst of the trials we endure for his love he also gives us consolations and holy satisfactions”.

Bermejo spent months in anguish waiting for the missionaries to be allowed to leave China peacefully. On November 10th, 1951, due to the uncertainty about the date of the final departure from China, Gazpio once again reassured Bermejo and placed his trust in divine Providence:

“If it is the will of our Lord God that we get out of here soon, I will write you the following from Hongkong; But if we're still here in forty days, I'll write to you again, so you know how we continue and feel calm seeing that Providence defends us, helps us, and gives us what we need in these times. We must be very grateful to the goodness of God our Lord who arranges everything with the utmost smoothness, according to our strength, and draws glory, holiness and joy from everything that happens here for his servants and chosen ones”.
Image gallery