On the morning of September 14th, sixteen religious from the houses of Madrid held a meeting in the parish of Saint Rita with the prior provincial Carlos González, who made a presentation of the ten key elements of the Life and Mission Project of the Province of Saint Nicholas of Tolentine, of the Order of Augustinian Recollects. 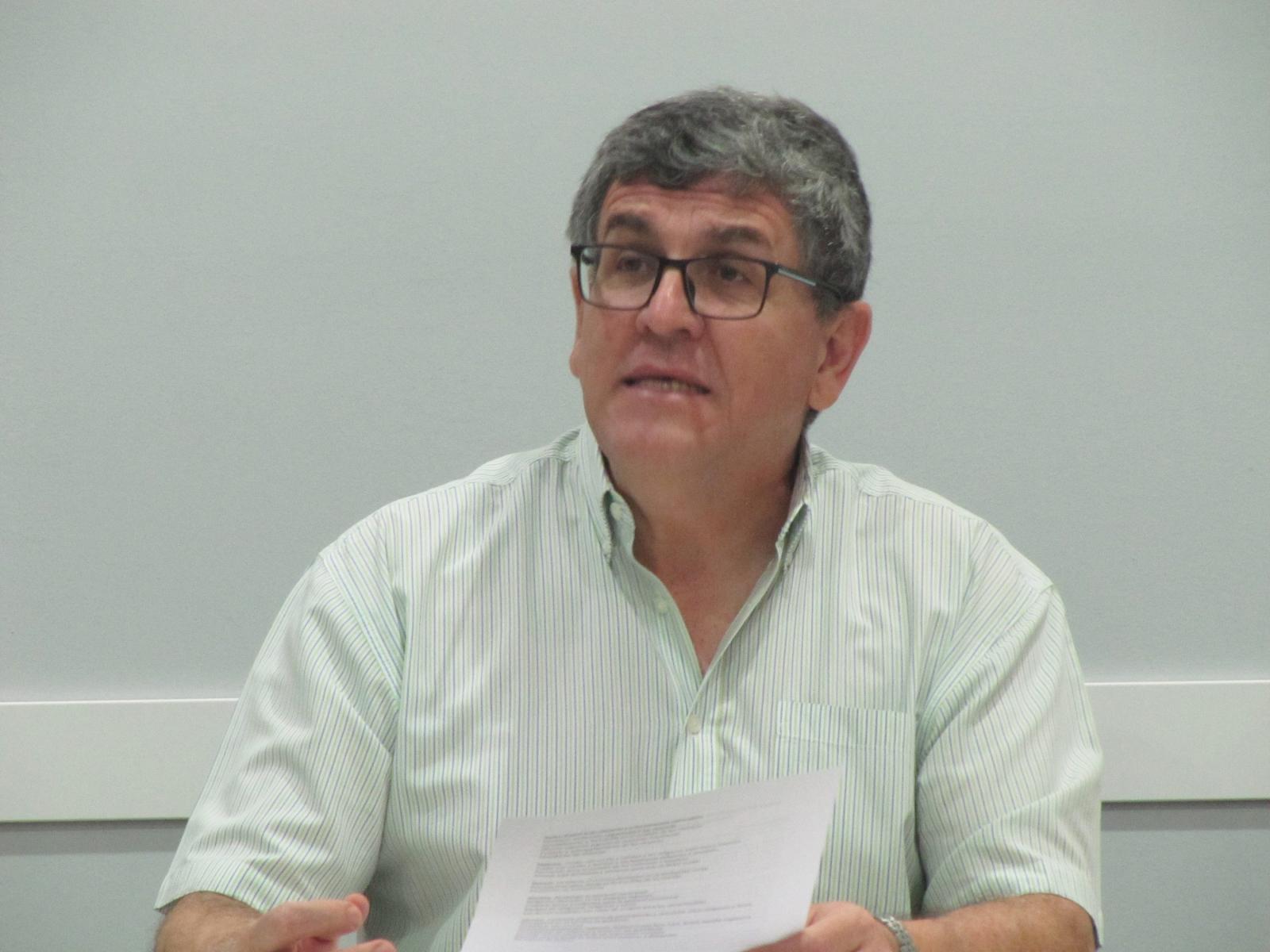 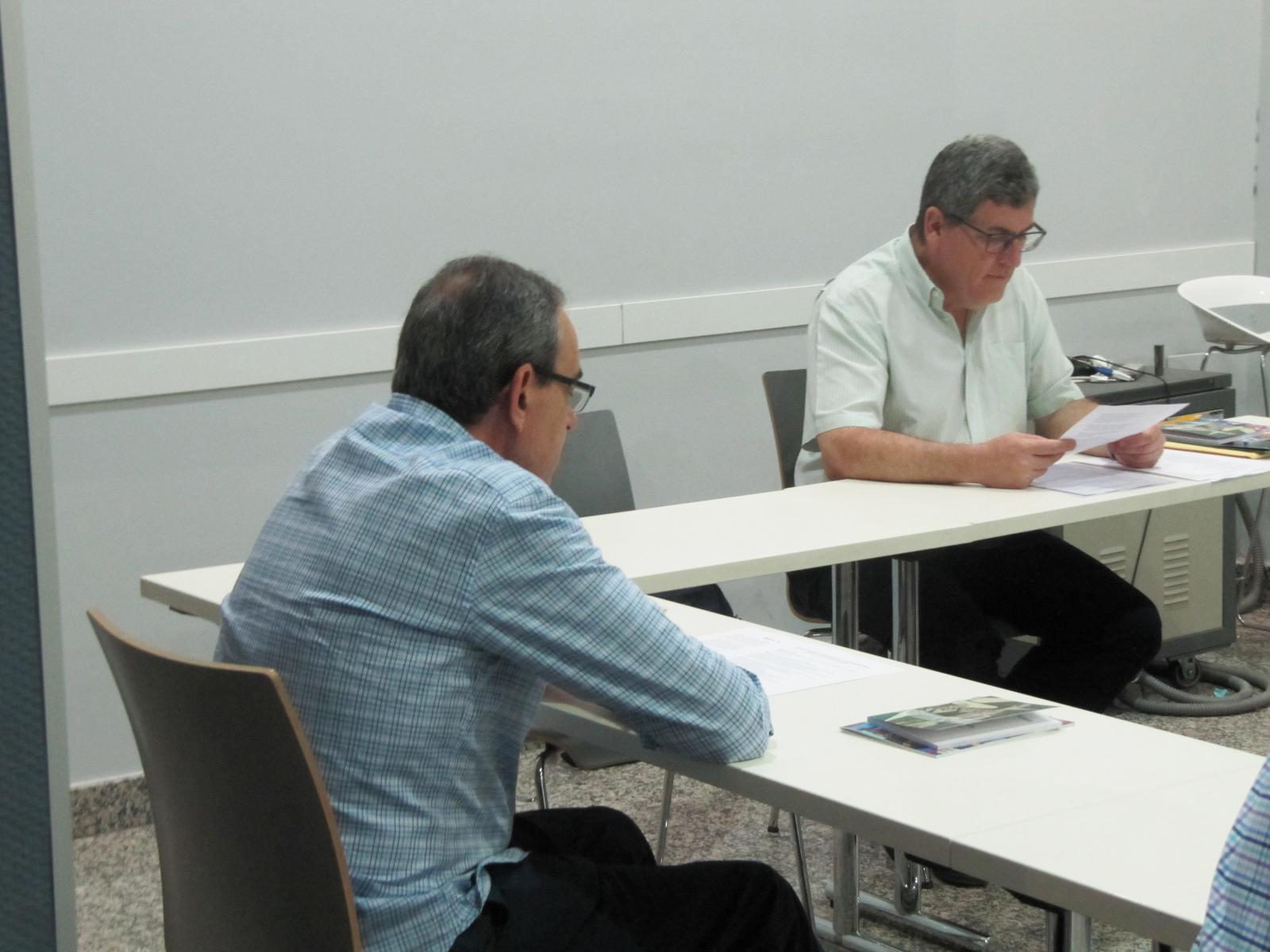 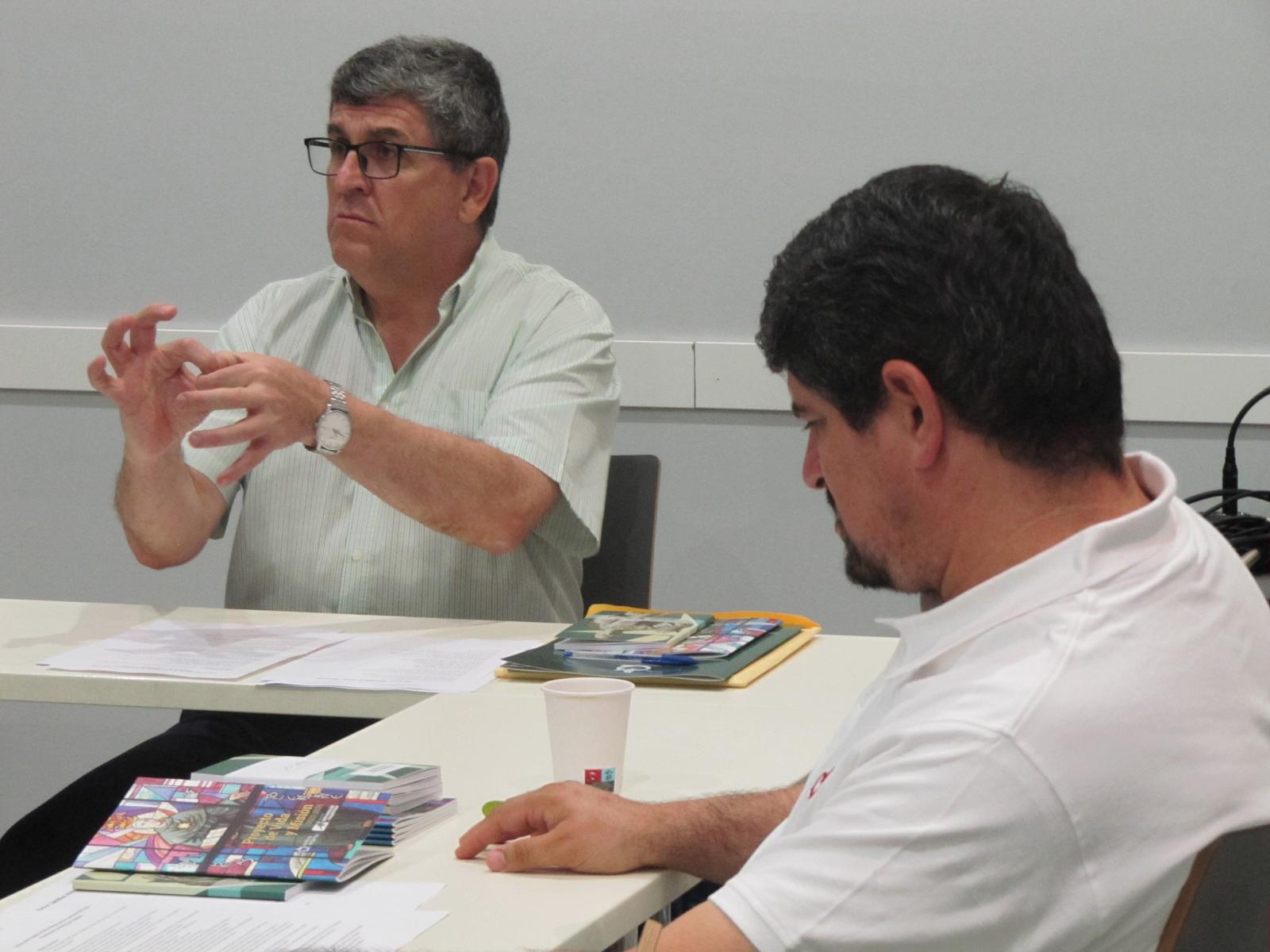 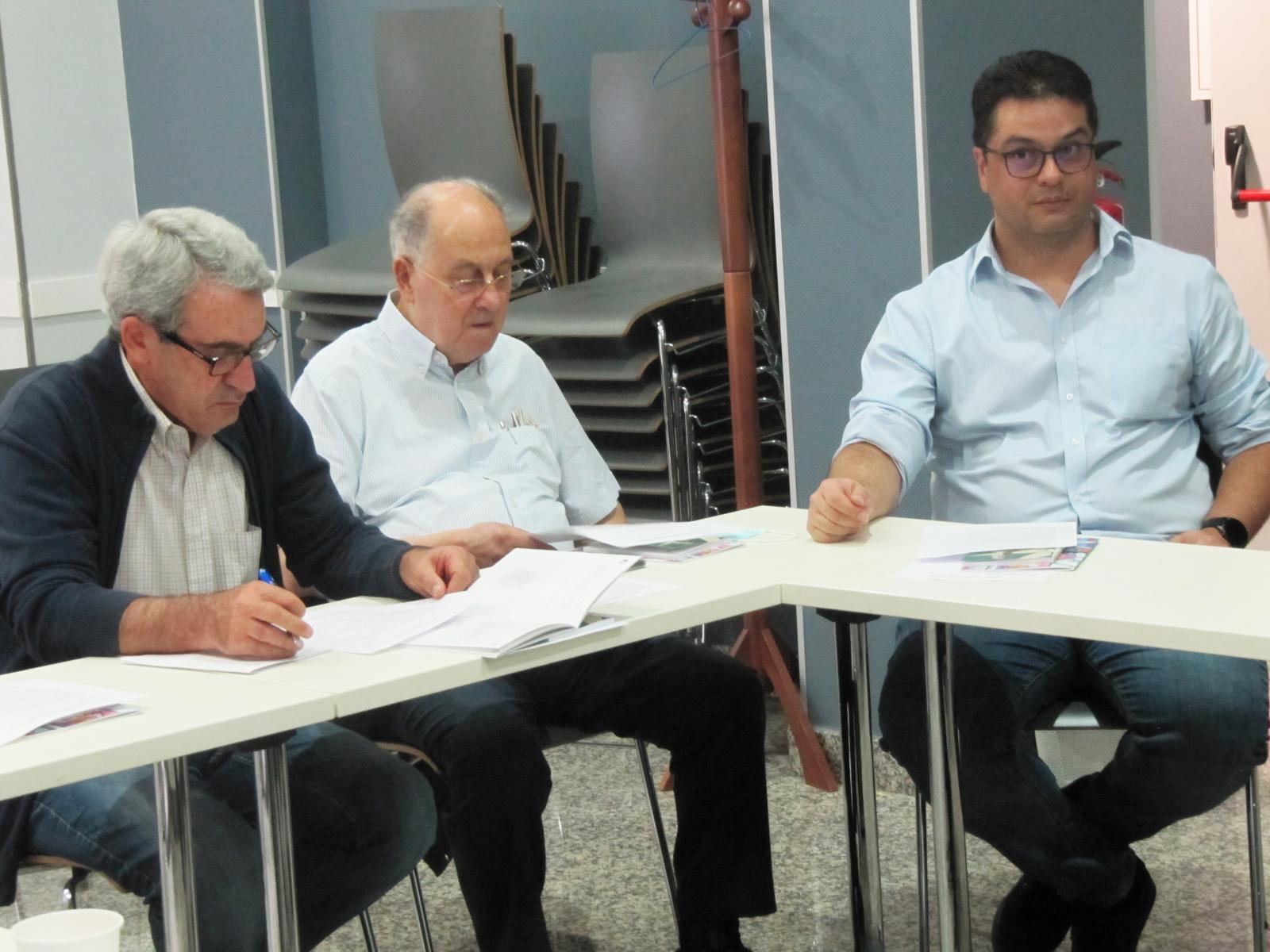 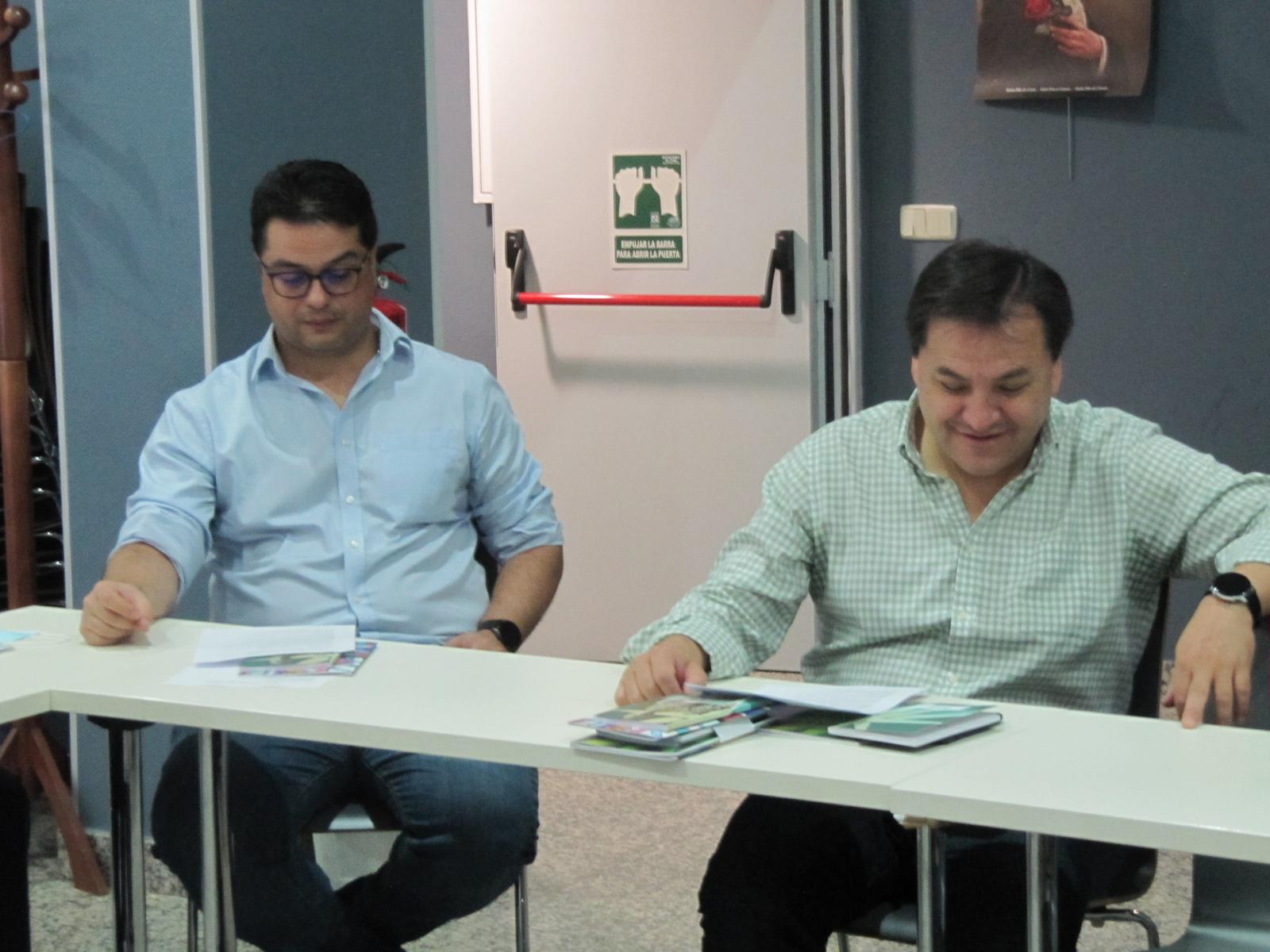 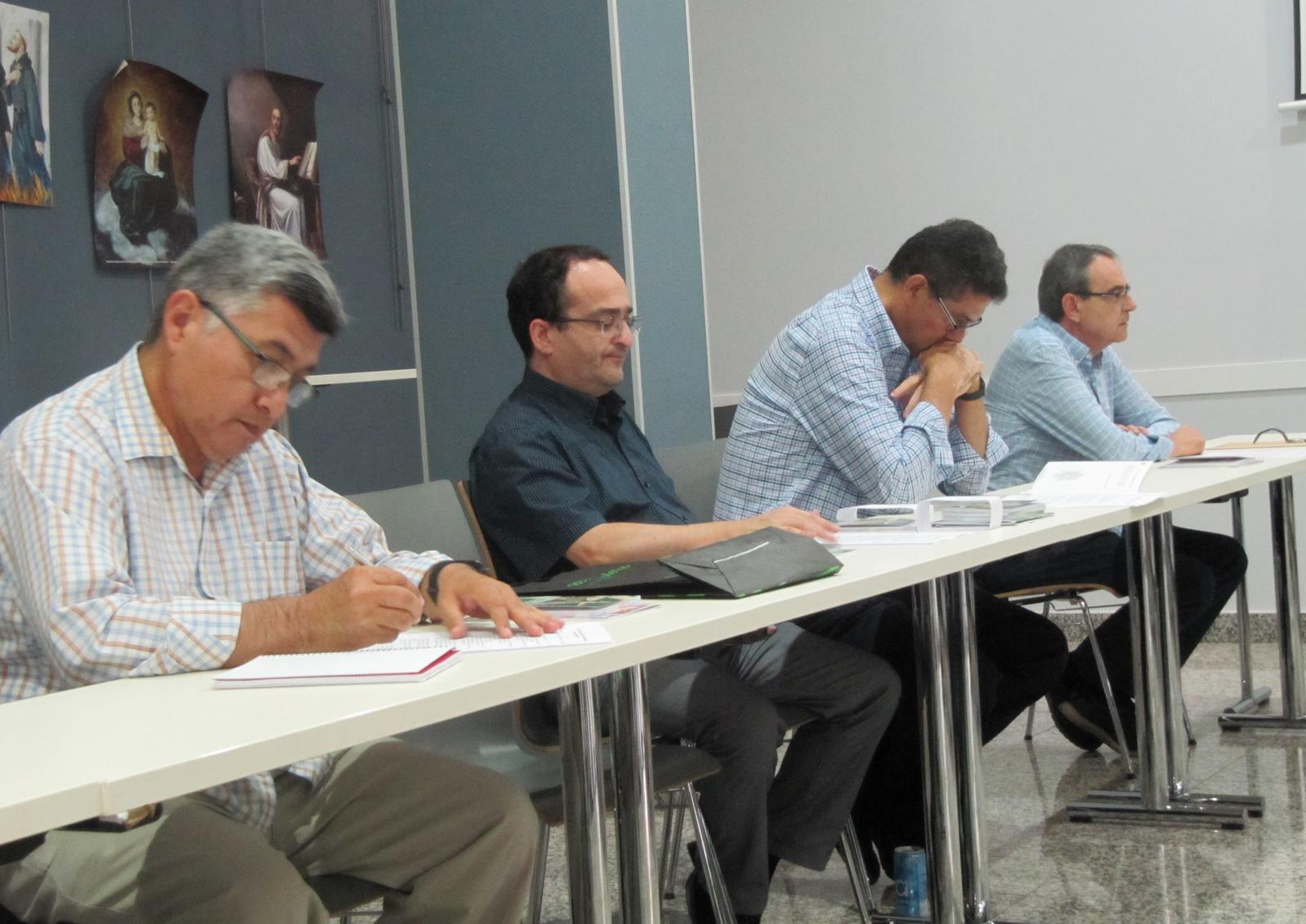 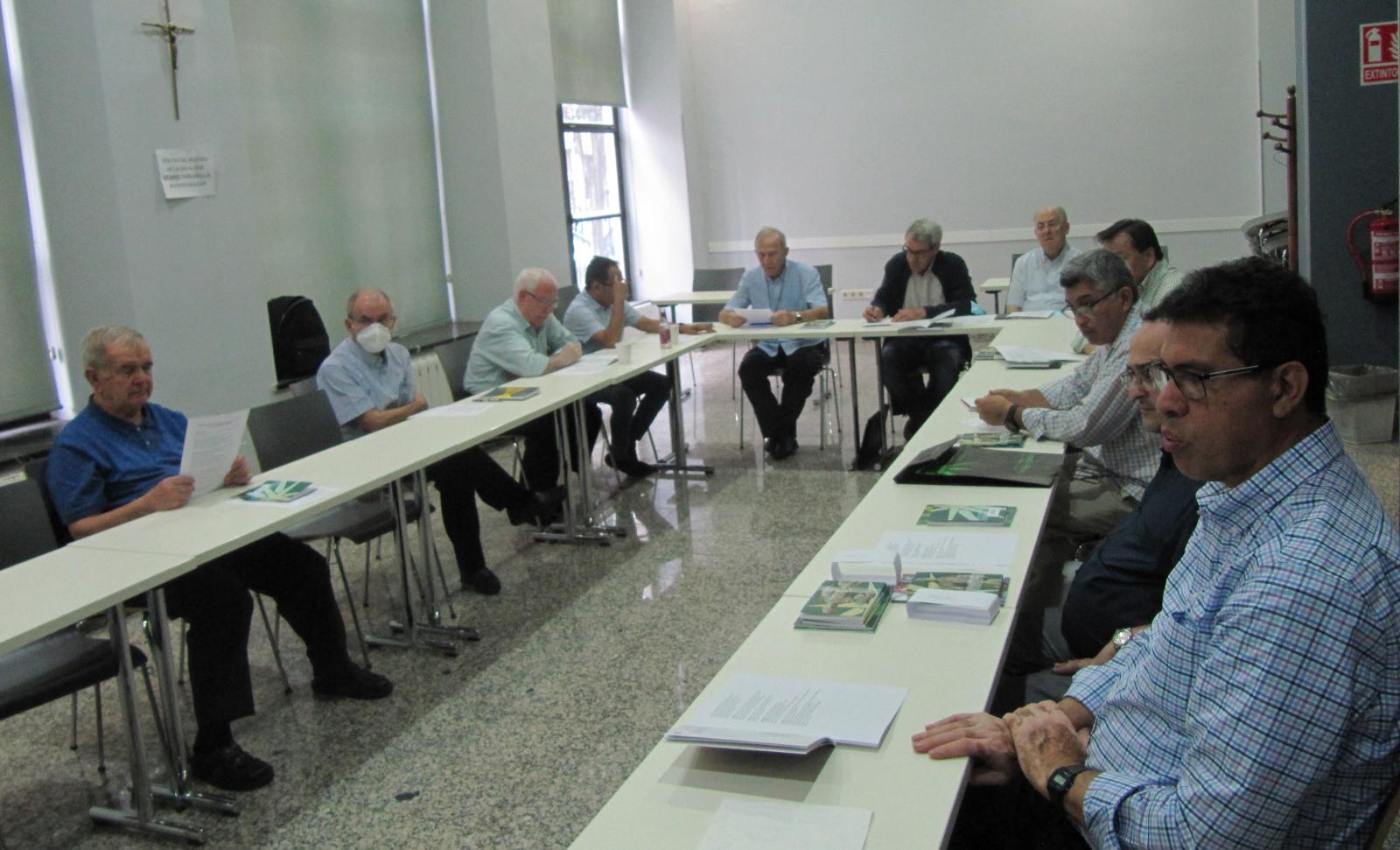 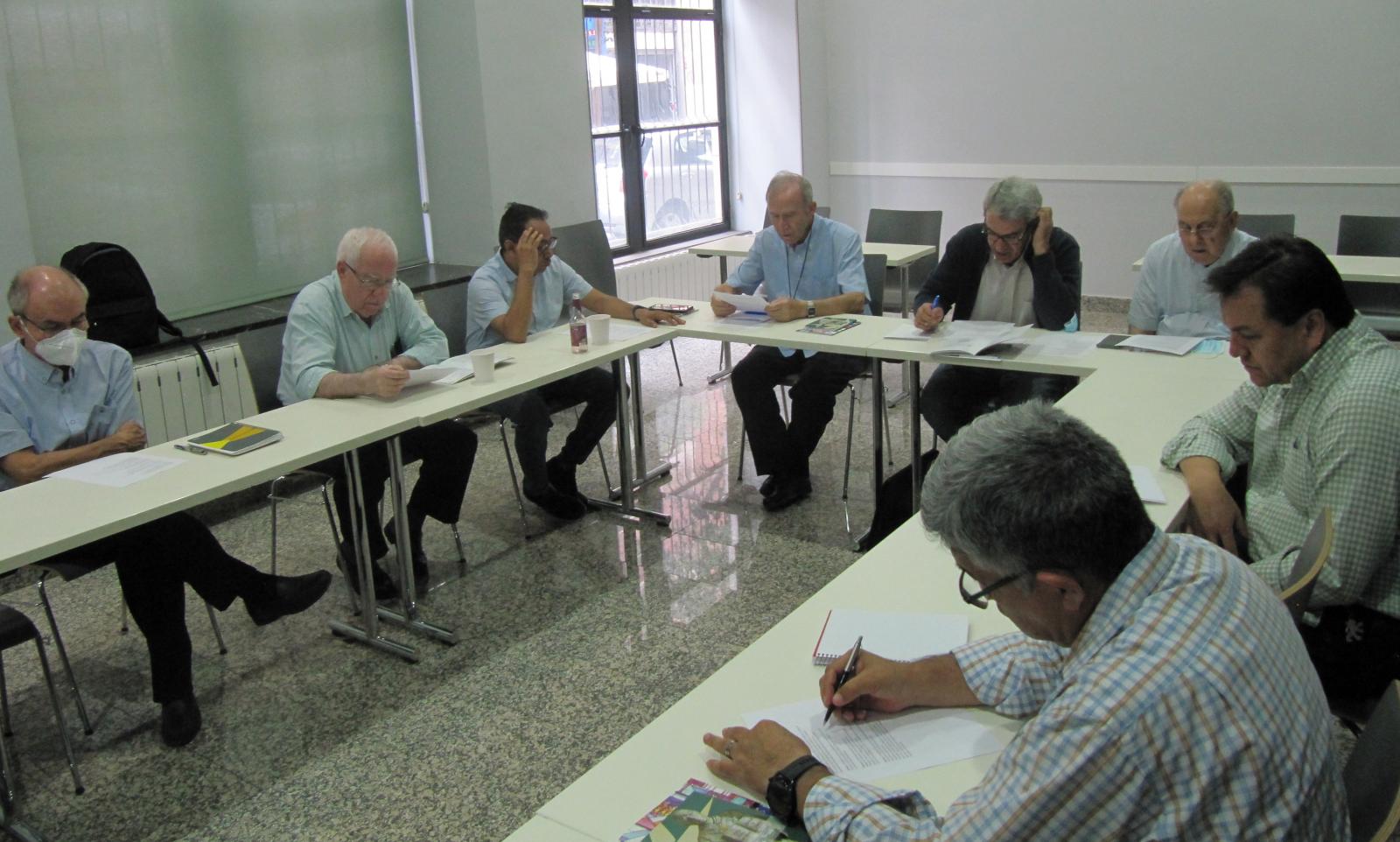 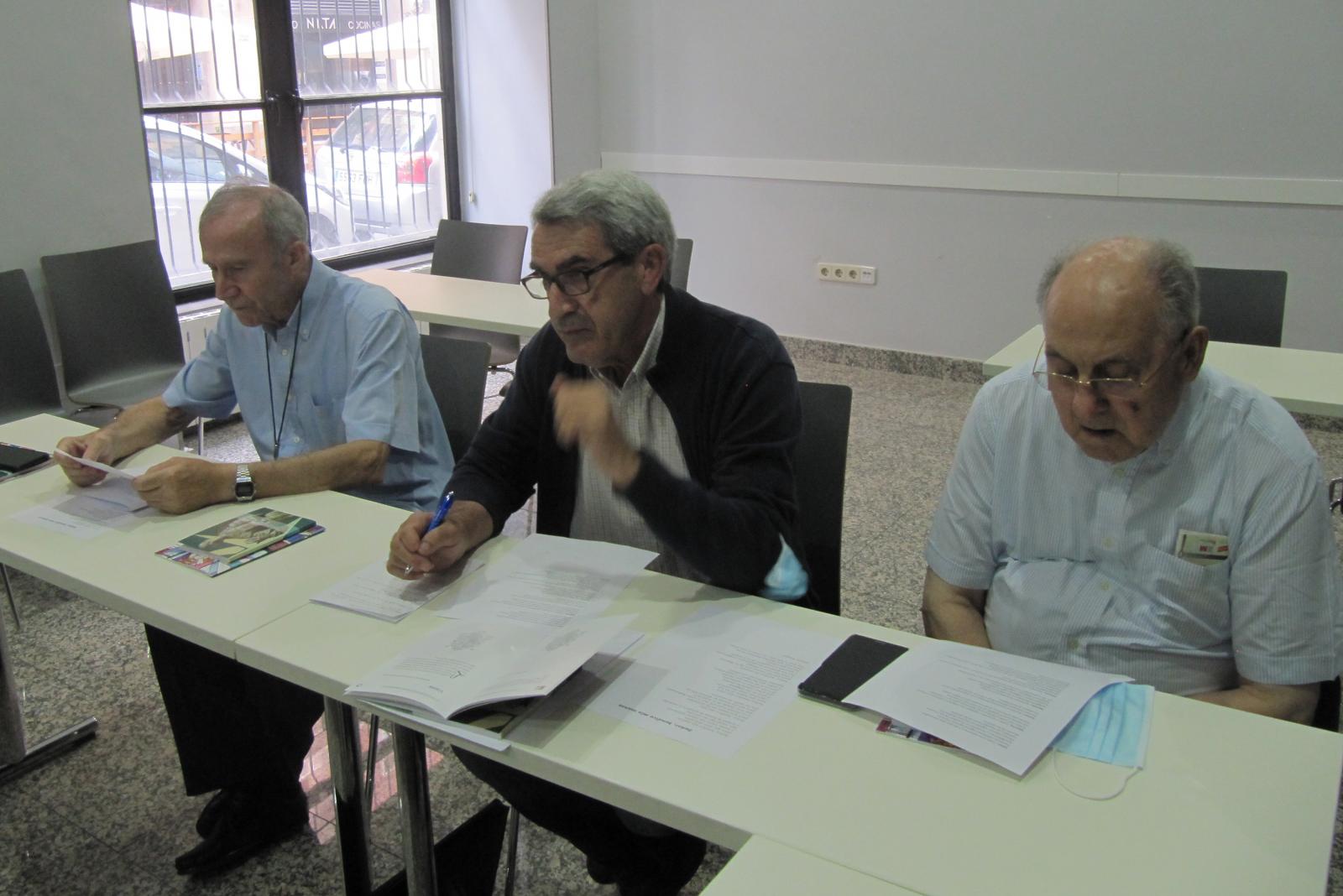 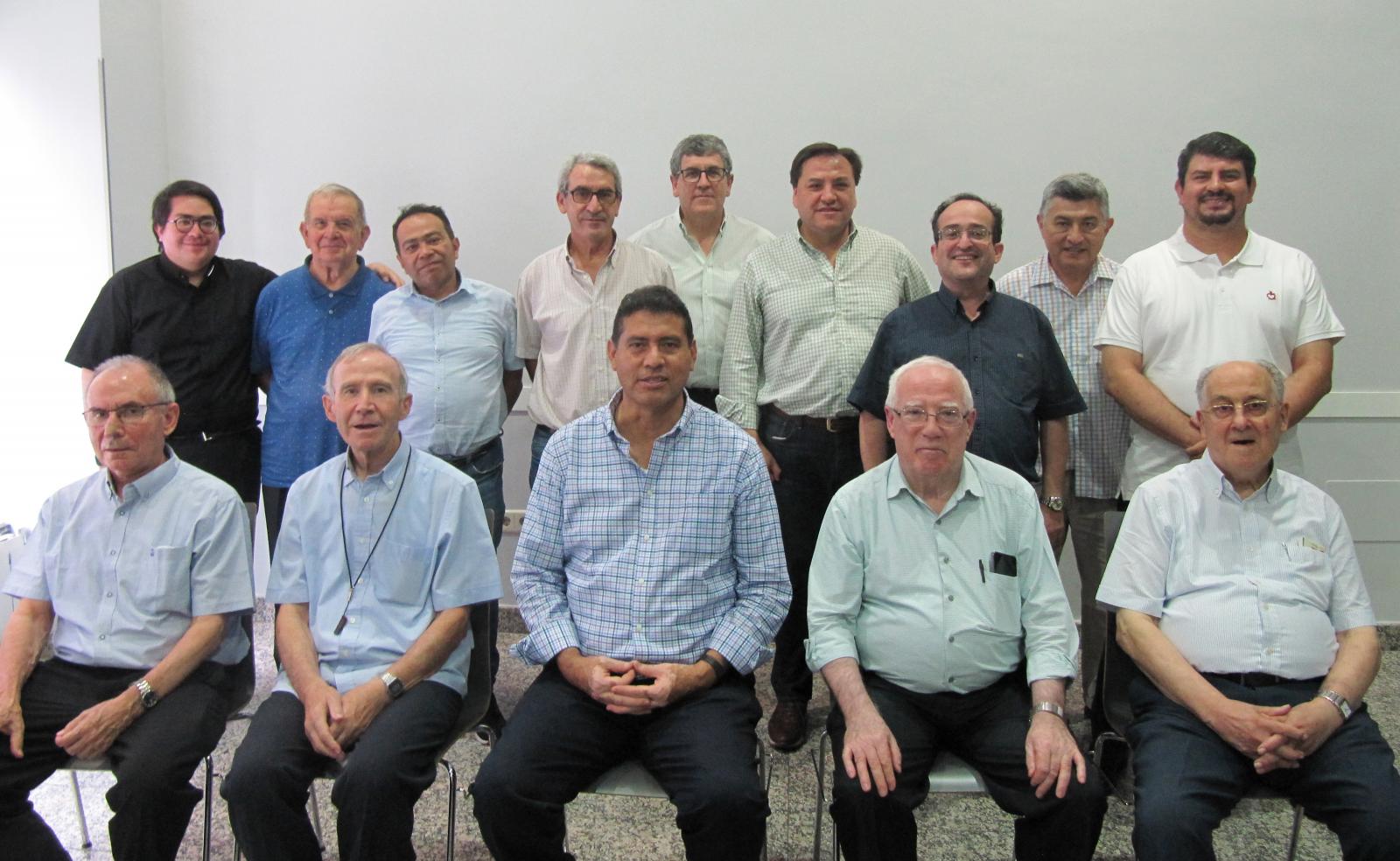 Carlos recalled the priority objective proposed for the four-year period 2022-2026: "To grow together to revitalize ourselves and respond better to God's plan and to what the Church and the world need." After a brief comment on this objective, one or the other of the attendees was reading each of the key elements:

"Give special attention to local communities";
"To give special importance to accompaniment and ongoing formation";
"To place the Augustinian-Recollect charism in the hands of our laity";
"To carry out the evangelizing mission with an Augustinian Recollect face";
"Emphasize attention to the poor, especially from ARCORES";
"Caring for minors and vulnerable people";
"to care with affection and quality for sick and elderly religious";
"Strengthen the formative process in initial formation";
"Revitalize vocation ministry" and
"To promote the process of participation and communion between religious and laity".


Although in the scheme of work delivered by the provincial prior each of the ten elements was already glossed, Carlos was adding his comments to each of the items and giving rise to other contributions and questions-clarifications of the attendees.

Sergio Sánchez, president of the Provincial Secretariat of Spirituality and Ongoing Formation, intervened to present some of his concerns and plans; indicated, among other things, that it was necessary to form a team to carry out the plan that was designed, that it was necessary to start and take advantage of what has already worked or is working, such as retreats and assemblies of religious, and offer personal accompaniment.  The prior provincial, in an attempt to avoid that, before the ten elements, all of them of great substance, the religious were not "lost", proposed three attitudes to be able to face the ten elements of:

To the question posed to the prior provincial about which of the ten elements he considered of special relevance and that should be kept in mind, he replied that for him they are: the local community, where the friar lives, prays, is formed, and fraternizes.

Our communities are rich and we must know how to take advantage of; and the challenge of evangelization according to and from one's own charism.

The question arose how the accompaniment is going to be, to which Sergio Sánchez replied that first of all it is about "supporting" us and not ignoring each other, especially when a "brother" is needed; the accompaniment of the priors in their work of animation is an important and necessary work; in the same way to accompany the laity.

When the issue of vocation ministry arose, there were many participants, dissatisfied with the current state of affairs in this field, since it must be regretted that in several communities of Spain the vocational animation teams also composed of laity are not formed, so that the vocational promoter, although he is "liberated" completely, he will face particular difficulties in his mission.

Carlos González, in line with the importance he wants local communities to have, recalled that the Province was made up of 46 communities that must be as many shelters for "vocations", although previously they must all be involved in vocation ministry.

Other minor issues were dealt with in open dialogue until agreement was reached. The meeting ended late in the morning, when the friars of each community returned to their respective home: Las Rozas and the Provincial Curia. Saint Rita's hosts were in charge of both serving and removing the coffee.

enlarge
And what do you think about this?
Tags
The last
The academic year 2022-2023, together towards a safe environment in schools
The Boys’ Town of Costa Rica celebrates... Children's Day!
“We are brothers”: the cry that seeks to support migrants in Costa Rica
Prior Provincial Carlos González Castellanos visits the Vicariate of Mexico-Costa Rica
The Vicariate of the United States begins the restructuring process marked by the 128th Chapter of the Province
And what do you think about this?