Four postulants from Mexico and one from Costa Rica have received special accompaniment during their first month of stay in Spain, with the help of the formators and those in formation from the Saint Augustine of Las Rozas House of Formation. 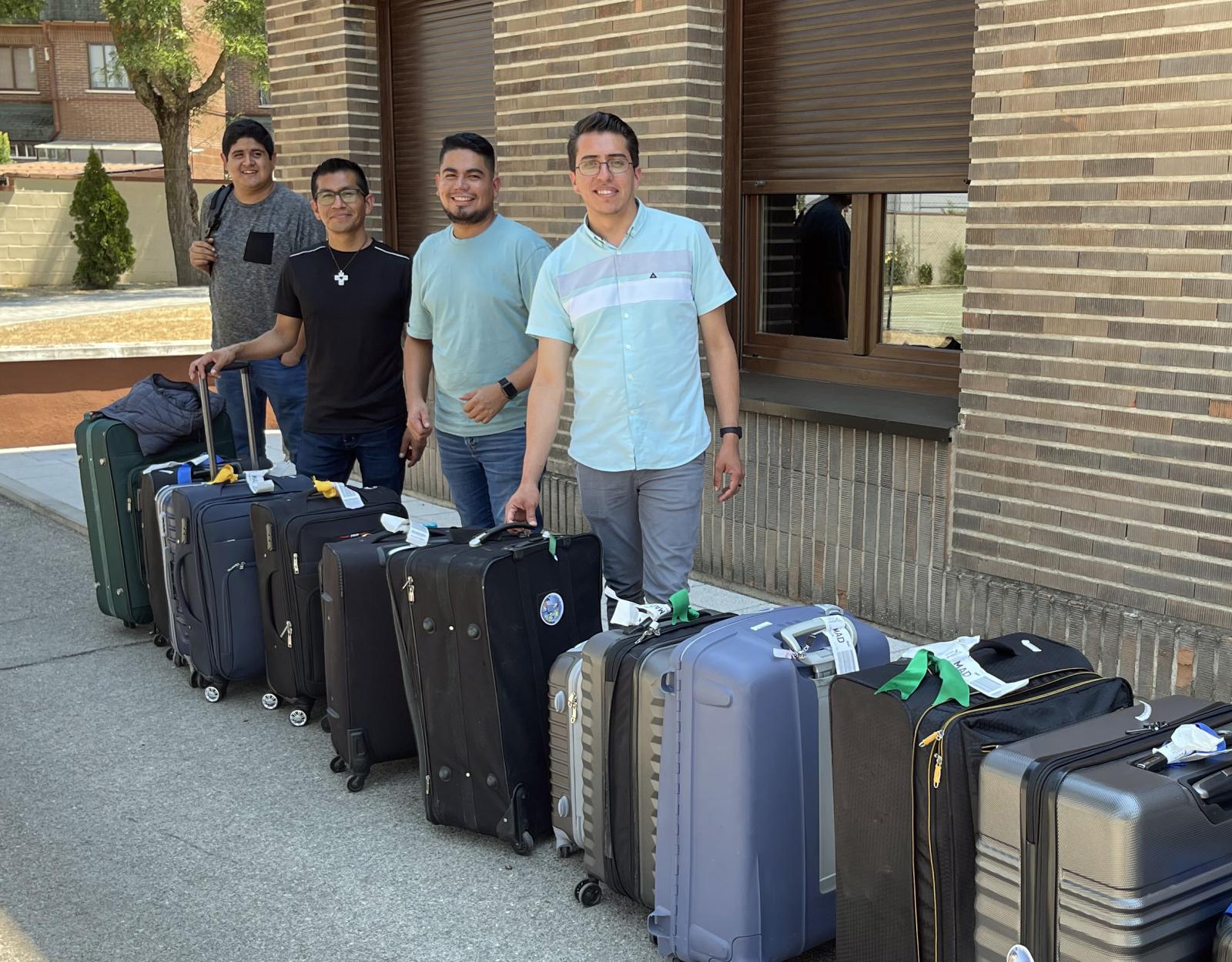 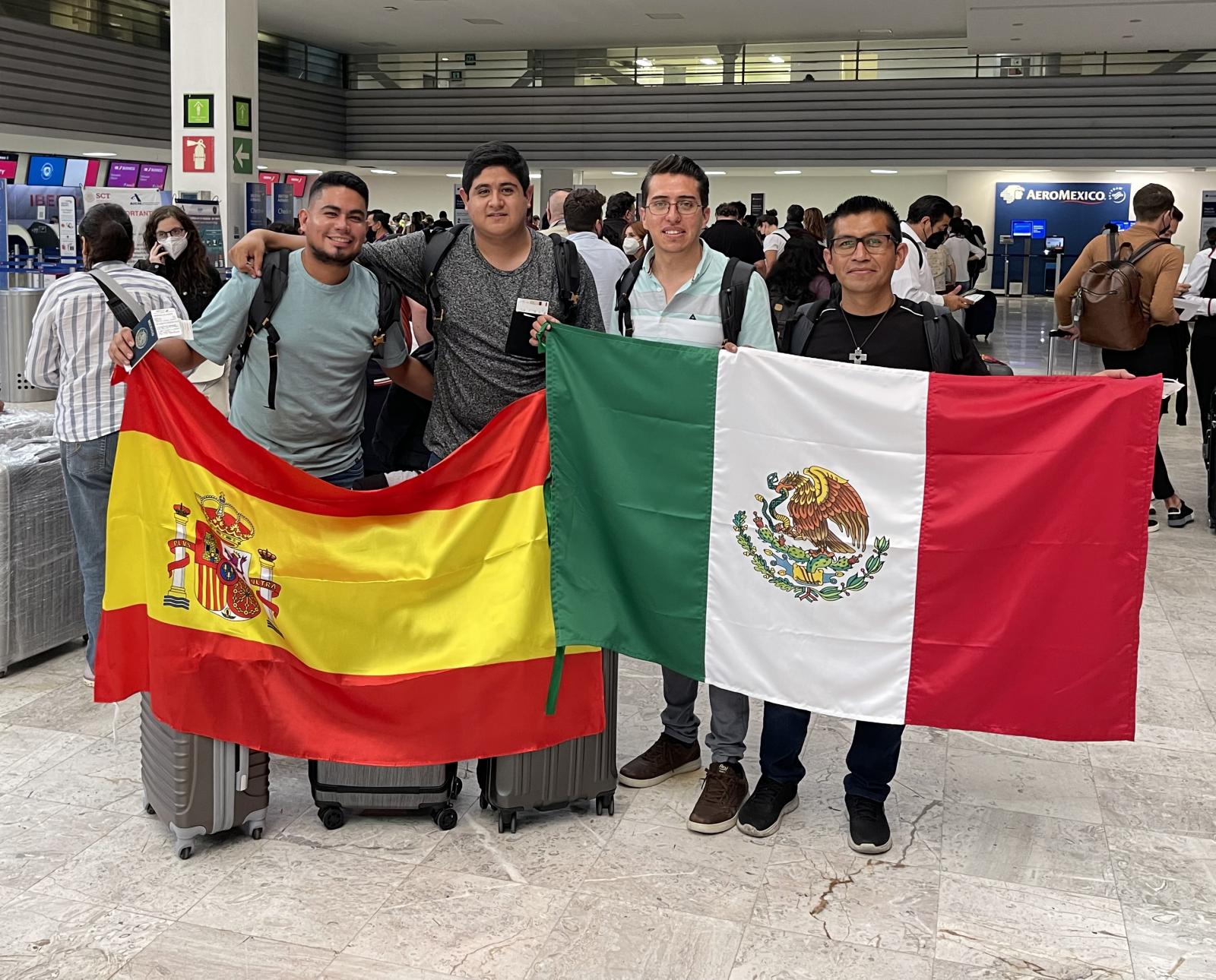 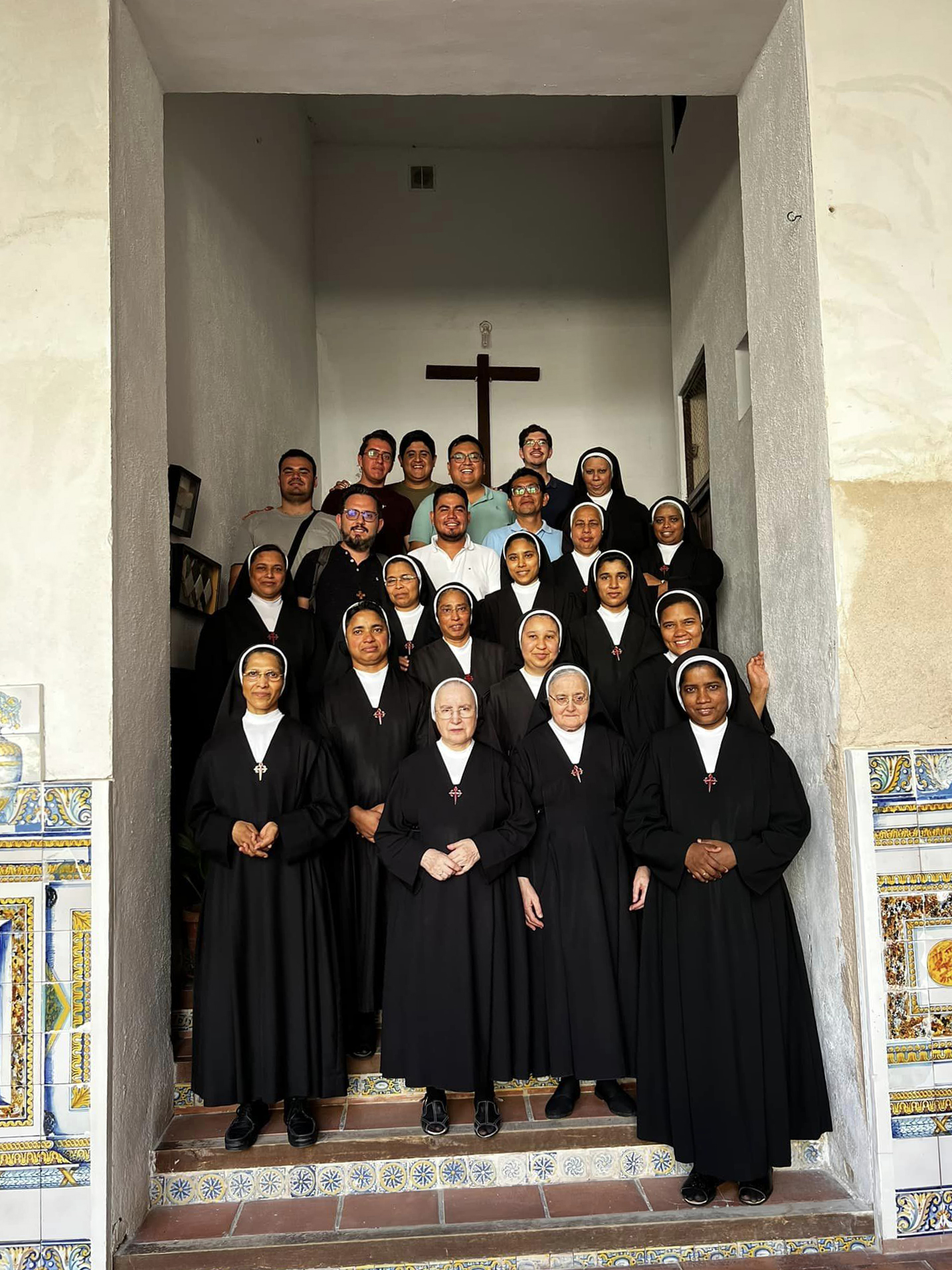 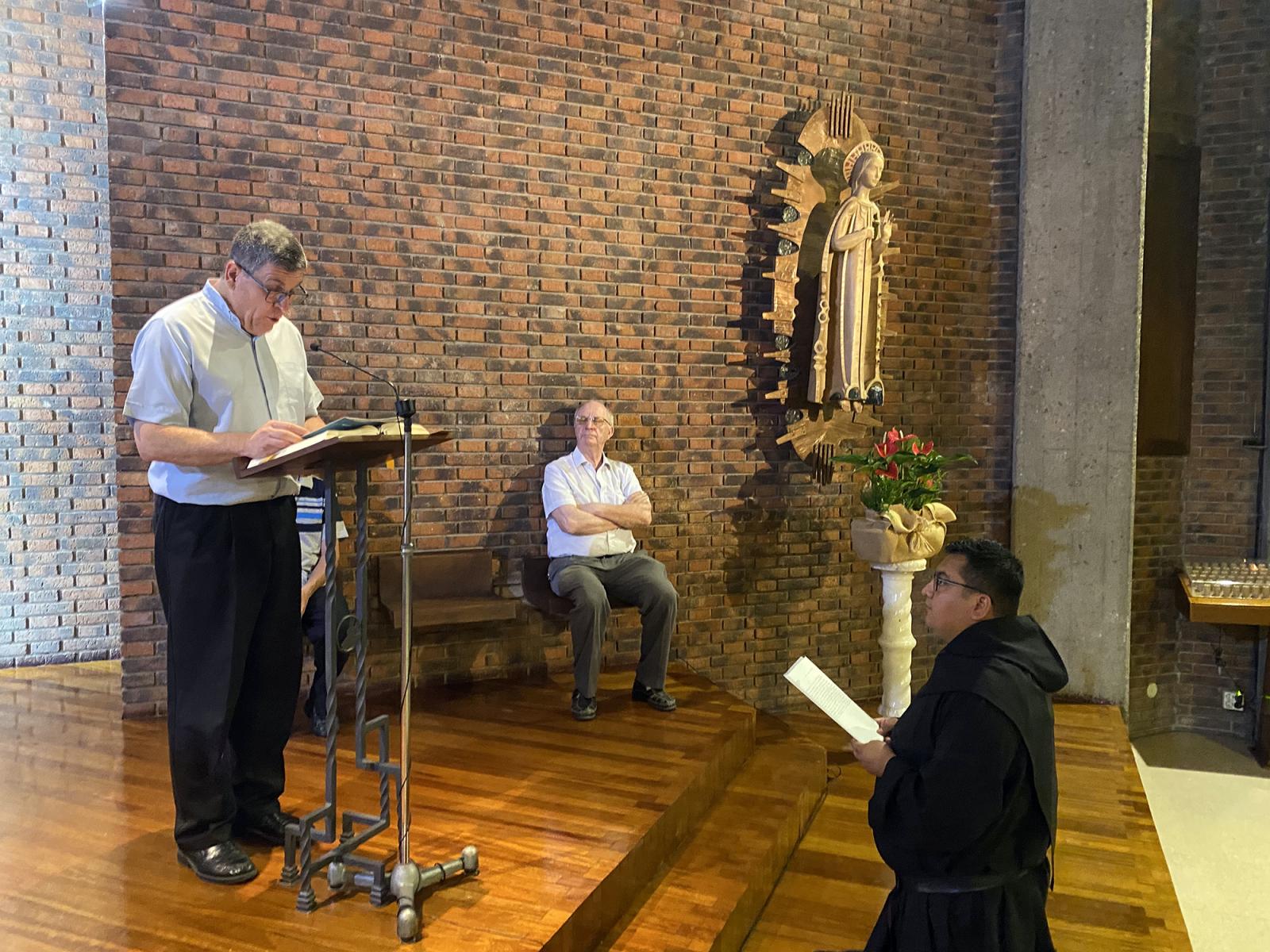 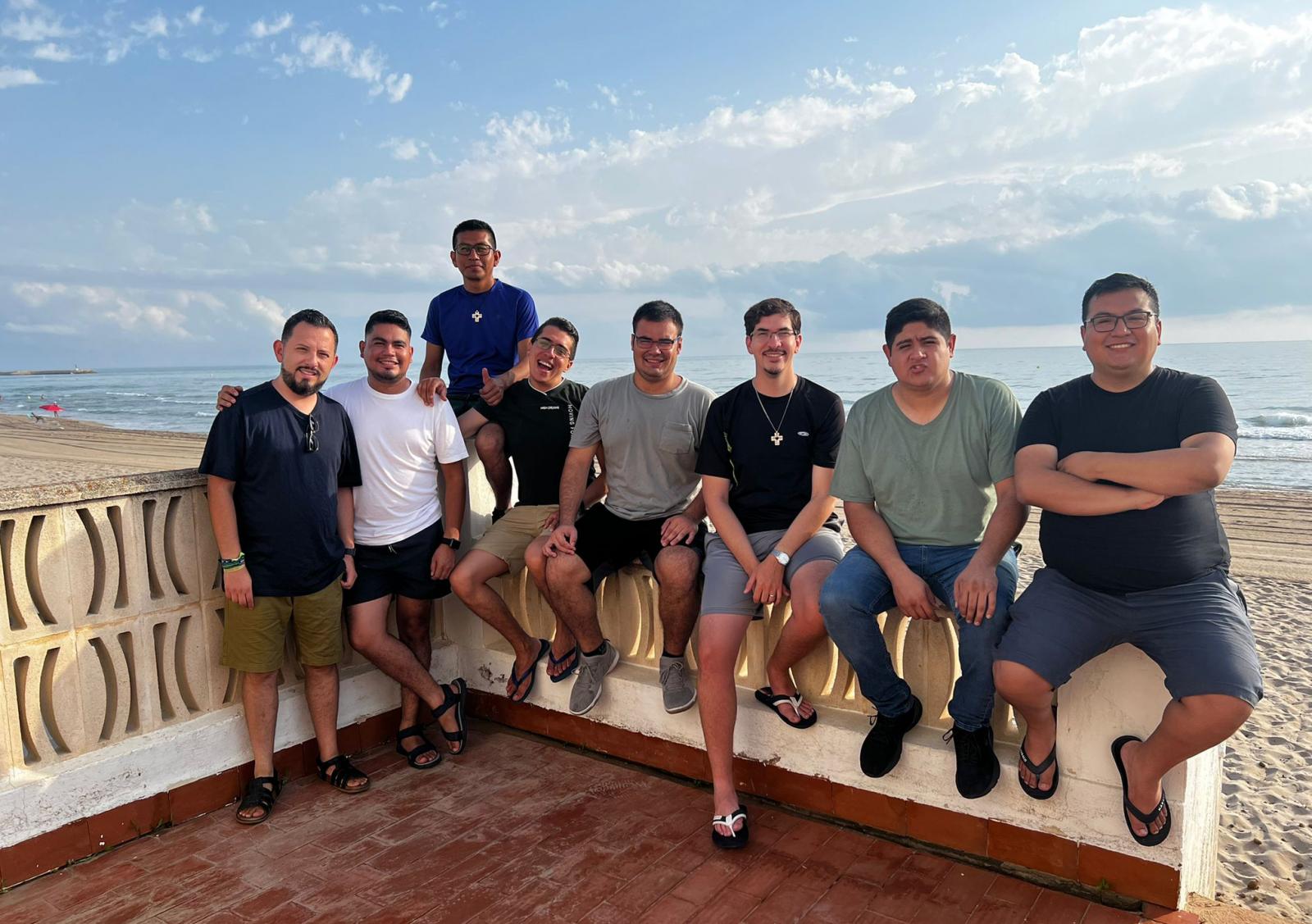 Four young Mexicans (Jorge Valle, Rolando Cruz, Juan Pablo Castro and Benito Bergara), pre-novices from the Saint Nicholas Province of Tolentine of the Order of Augustinian Recollects and from the Saint Augustine Postulancy in Mexico City, arrived in Madrid on July 12 , about a month before beginning the novitiate in Monteagudo (Navarra, Spain).

A week later, on July 19, they were joined by David Suárez, from the Saint Ezekiel Moreno Postulancy in Pozos de Santa Ana (San José, Costa Rica), and he was also received at the Saint Augustine of Las Rozas House of Formation ( Madrid).

Three professed in the last stage of initial formation of the community of Las Rozas (Sergio Pérez, Bernal Francisco Guerrero and Eduardo Chávez) have accompanied them in a special way during this month, in which there has been time for inculturation, to get to know some of the Augustinian Recollect communities in the center of Spain, to receive initial notions about life in the novitiate and to read and share articles on religious life and the Augustinian Recollect charism.

The five pre-novices of the Province have carried out various activities before uniting in the monastery of Saint Millán de la Cogolla (La Rioja, Spain) with their other novitiate companions, belonging to the Province of Saint Thomas of Villanova, from where all they have left for Monteagudo to officially begin their novitiate.

One of the first activities, also taking advantage of the summer time and the holiday atmosphere that is experienced in Spain during the months of July and August, has been to get to know the city of Madrid.

For three days they have known the main landmarks of the Spanish capital: Almudena Cathedral, Royal Palace, Puerta de Alcalá, Plaza Mayor, Plaza de Cibeles with the Town Hall and Paseo de Recoletos, especially here the National Library building , located on the same site where the Recoletos convent in Madrid stood until 1835 and where the first General Chapter of the then Recollect Congregation took place 400 years ago.

In the city of Madrid, the pre-novices also visited the Royal Monastery of the Incarnation of the contemplative Augustinian Recollect Sisters. They were received by the community, they all introduced themselves, and they visited the convent including the chapel of Mother Mariana de San José.

On July 26th they also lived with the community of the provincial curia. It was a joint meeting of the entire communities of Las Rozas and Paseo de La Habana, accompanied by some members of the communities of Saint Rita and Getafe, in which the vespers and dinner were shared.

During Vespers, Brother Sergio Pérez renewed his vows. The prior provincial, Carlos González, encouraged him in his commitment as an Augustinian Recollect. He also had special words of welcome for the five pre-novices.

On Saturday, July 23rd, the cultural visit broadened its horizons a little further to the majestic city of Toledo. Many had the opportunity to participate for the first time in a Eucharist under the Mozarabic rite in the Cathedral, which was later visited calmly.

Also in Toledo, they visited the monastery of the Comendadoras de Santiago Apóstol, a contemplative Order that since 2021 has been integrated into the Augustinian-Recollect Family. There were also mutual presentations, vocational and faith experiences were shared, the convent and the mission they carry out every day were known.

Spain is a country of sun and sand, and nothing better than a little Mediterranean flavor just before starting the novitiate, a time in which for a year one lives preferably in the convent and there are practically no trips abroad.

So from Thursday, July 28th to Sunday, July 31st, the pre-novices, together with some of the professed from Las Rozas, were in Oliva (Valencia) enjoying, on the beach, coexistence in a space of tranquility, fun and fraternal coexistence; and of course, sun, salt, heat and baths.