With great joy, on July 24, eleven brothers from the Secular Augustinian-Recollect Fraternity of the Parish of Jesus Christ Crucified, Colonia Avante in Mexico City, traveled to the city of Querétaro to accompany Father Jesús Pérez Grávalos on his 73rd anniversary of Priestly Ordination. 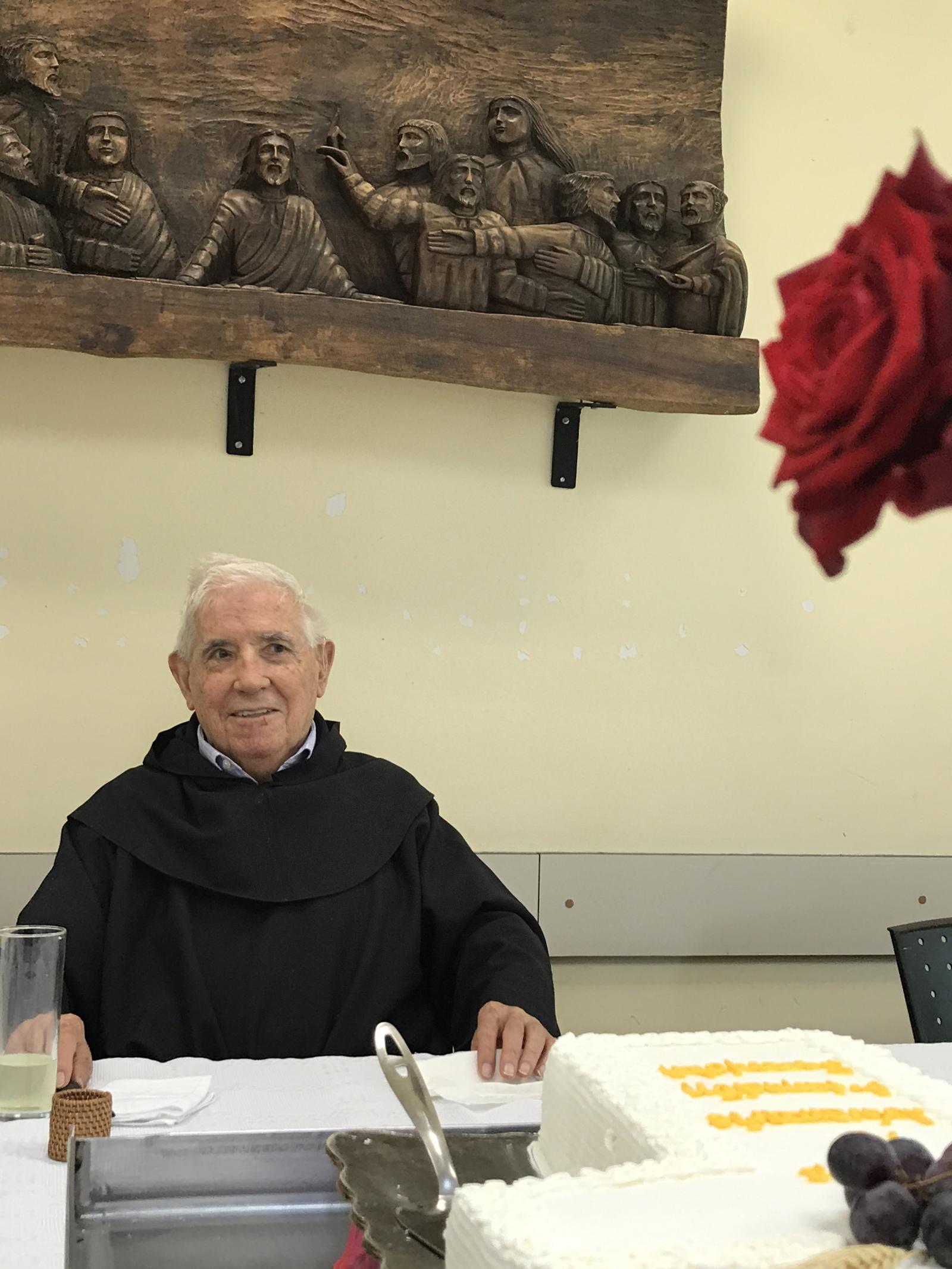 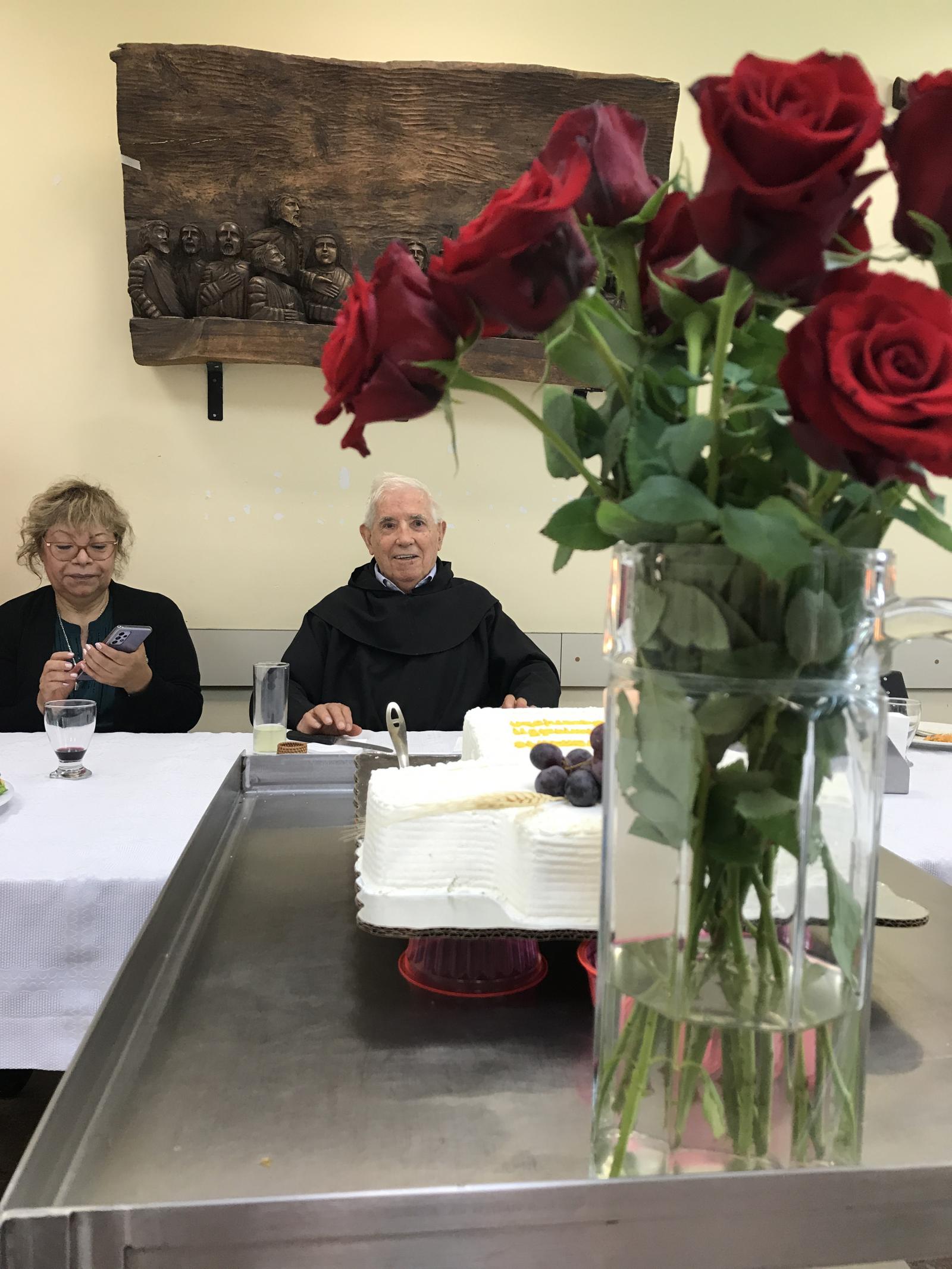 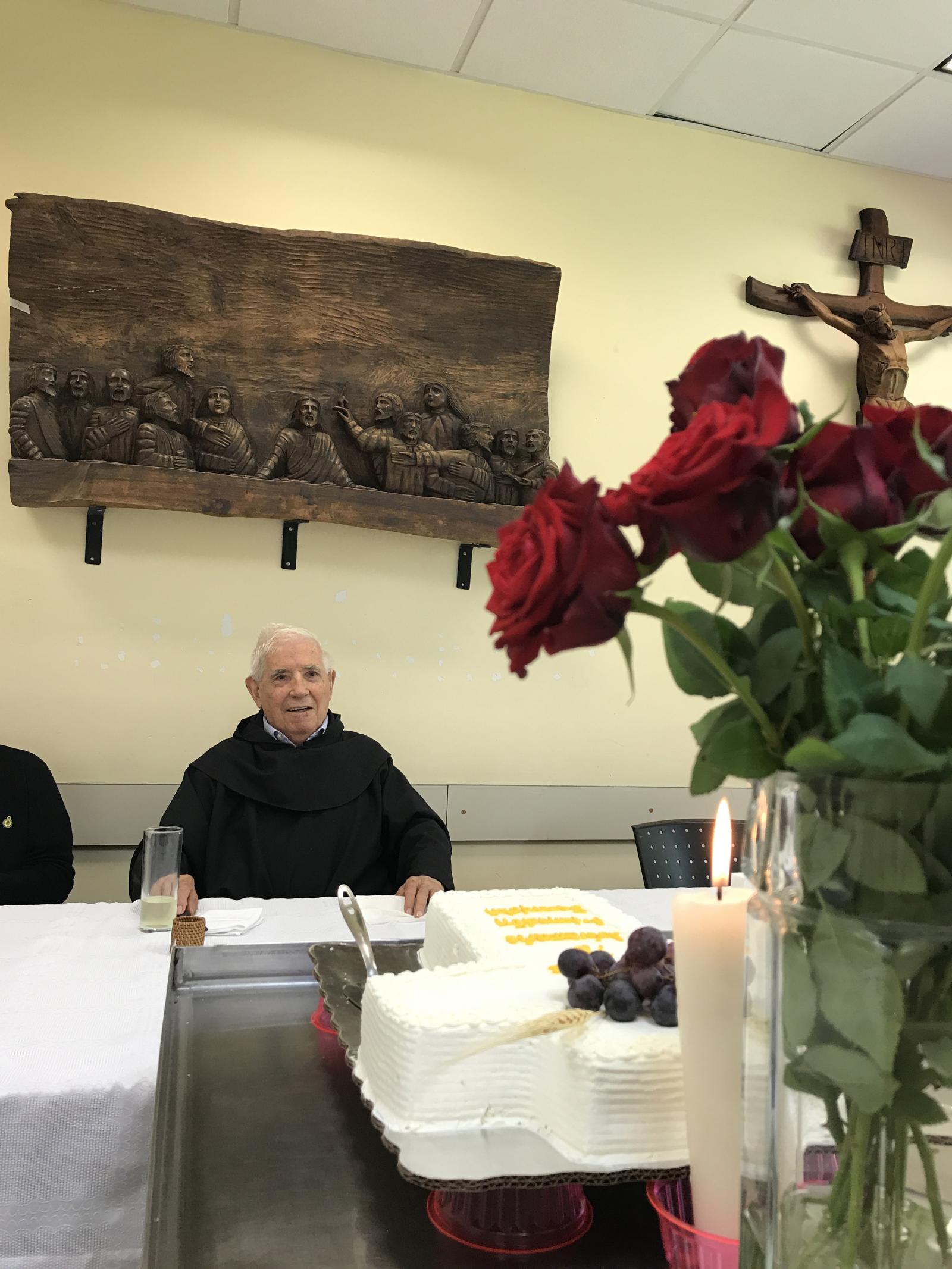 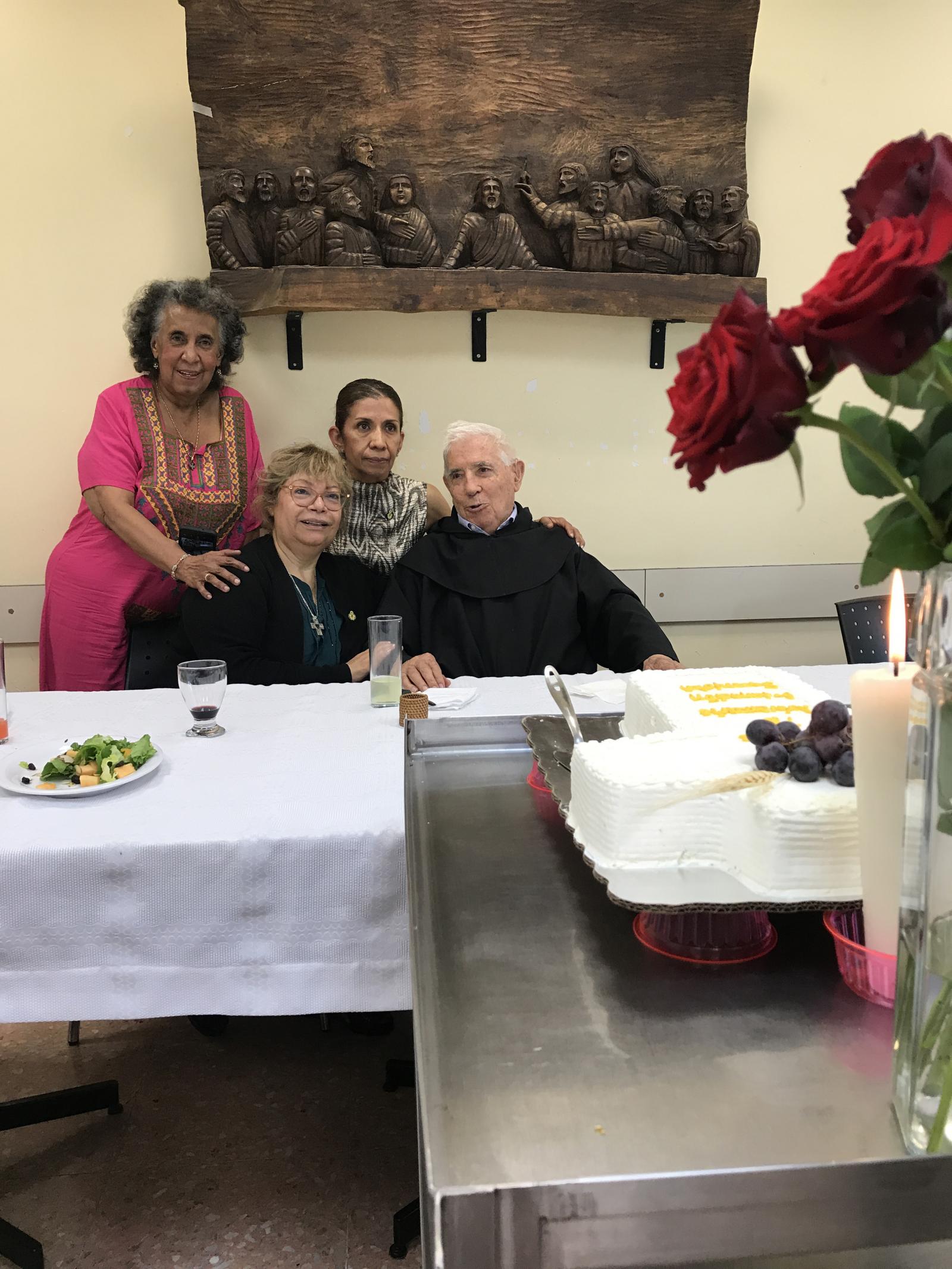 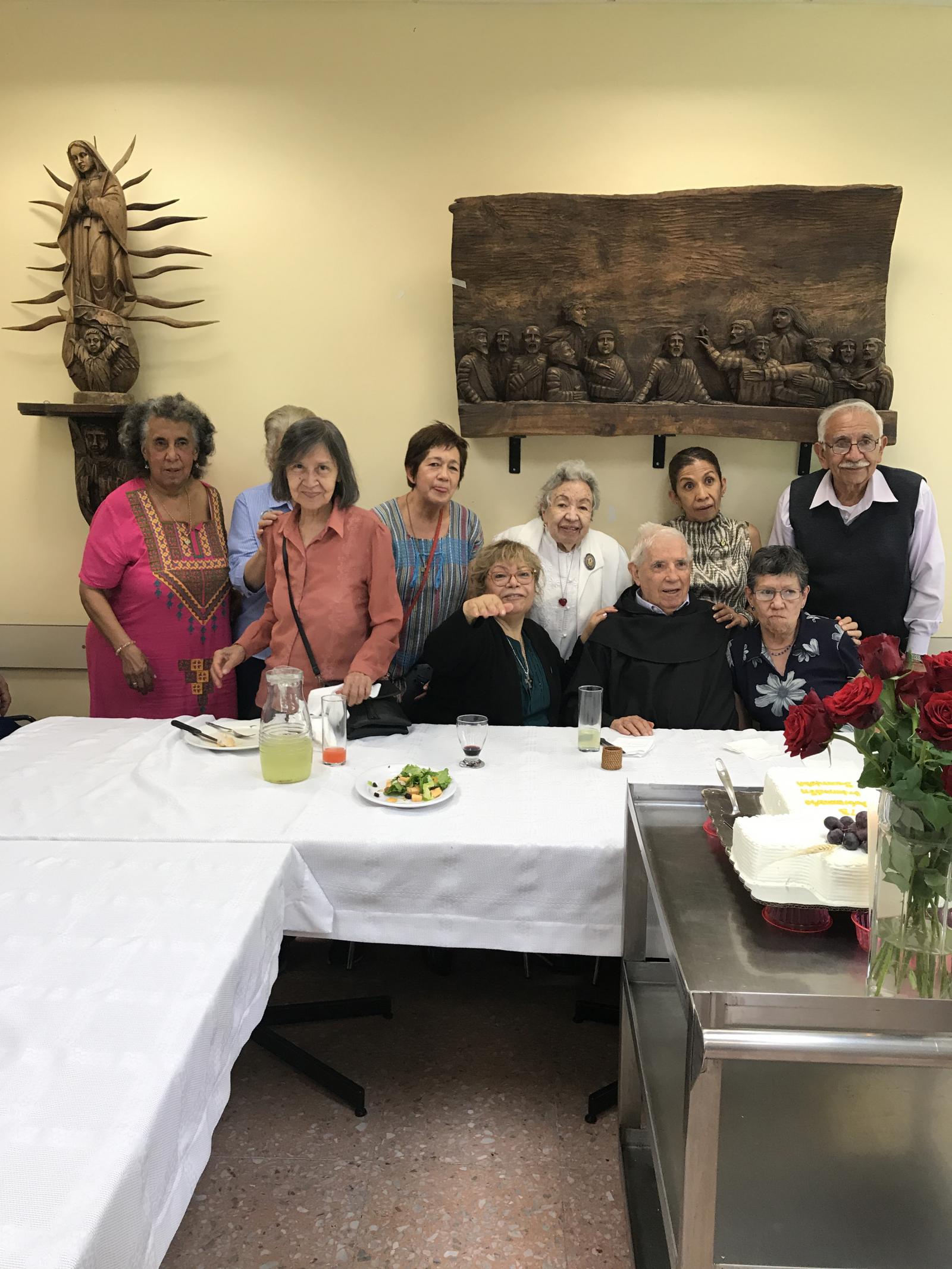 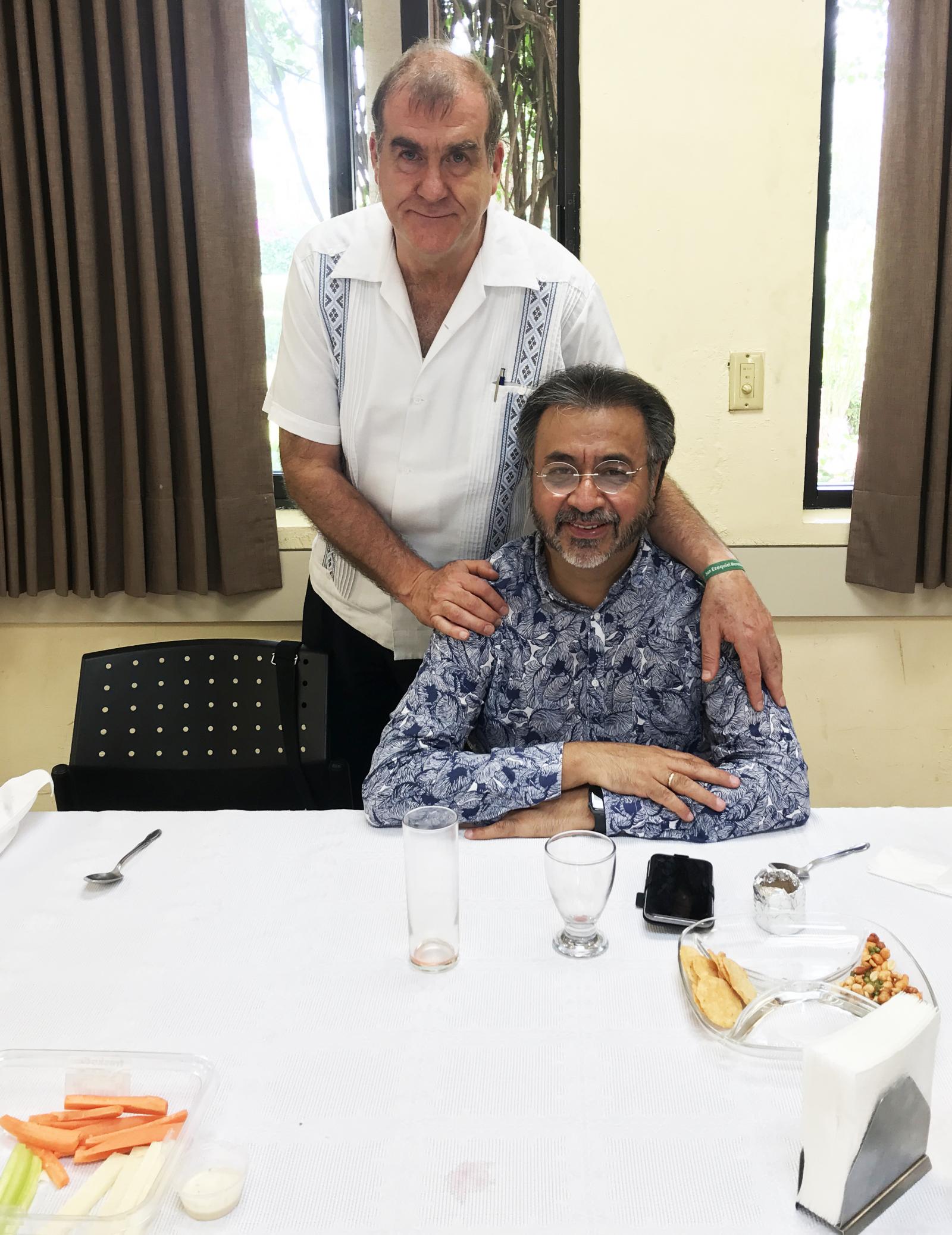 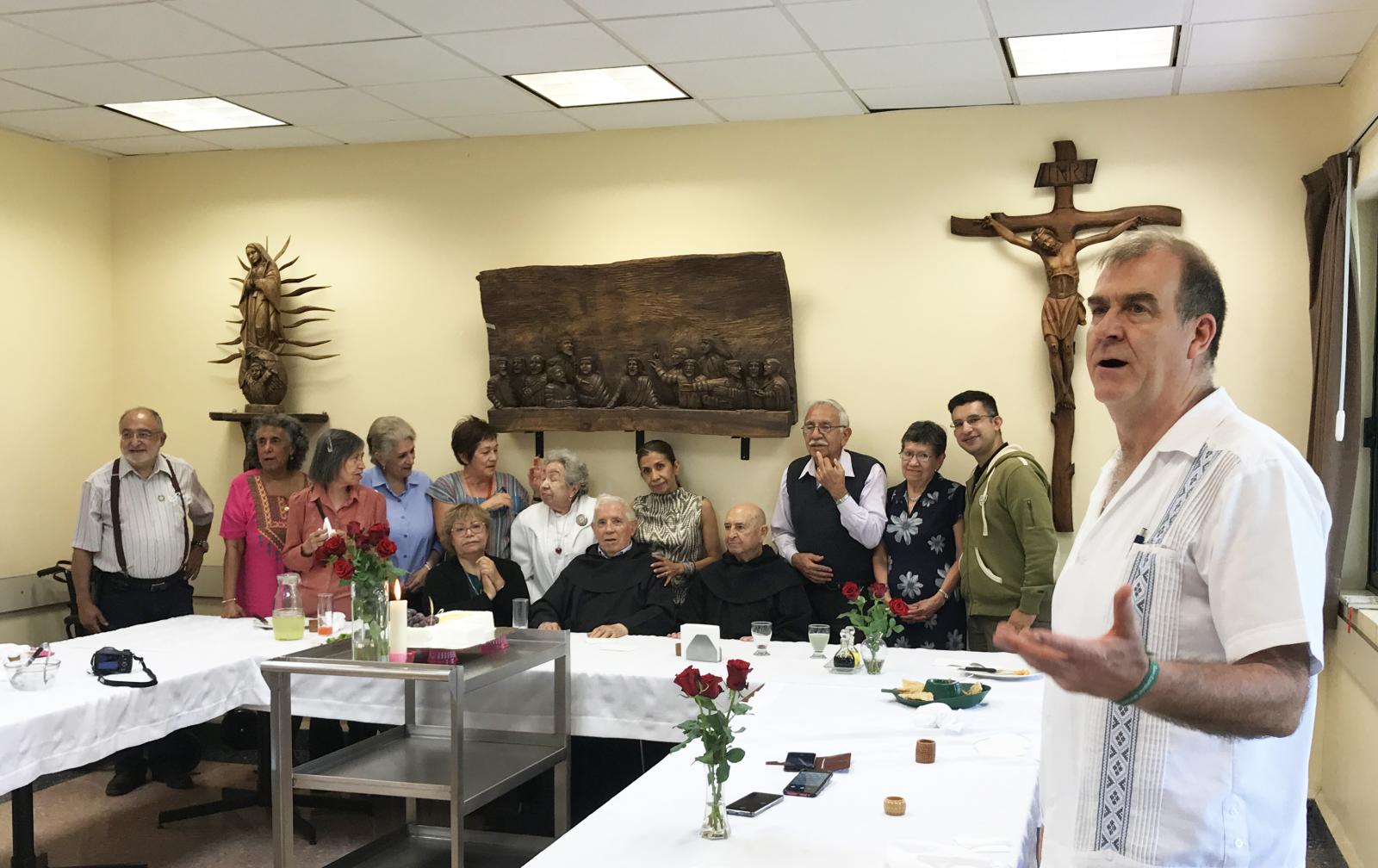 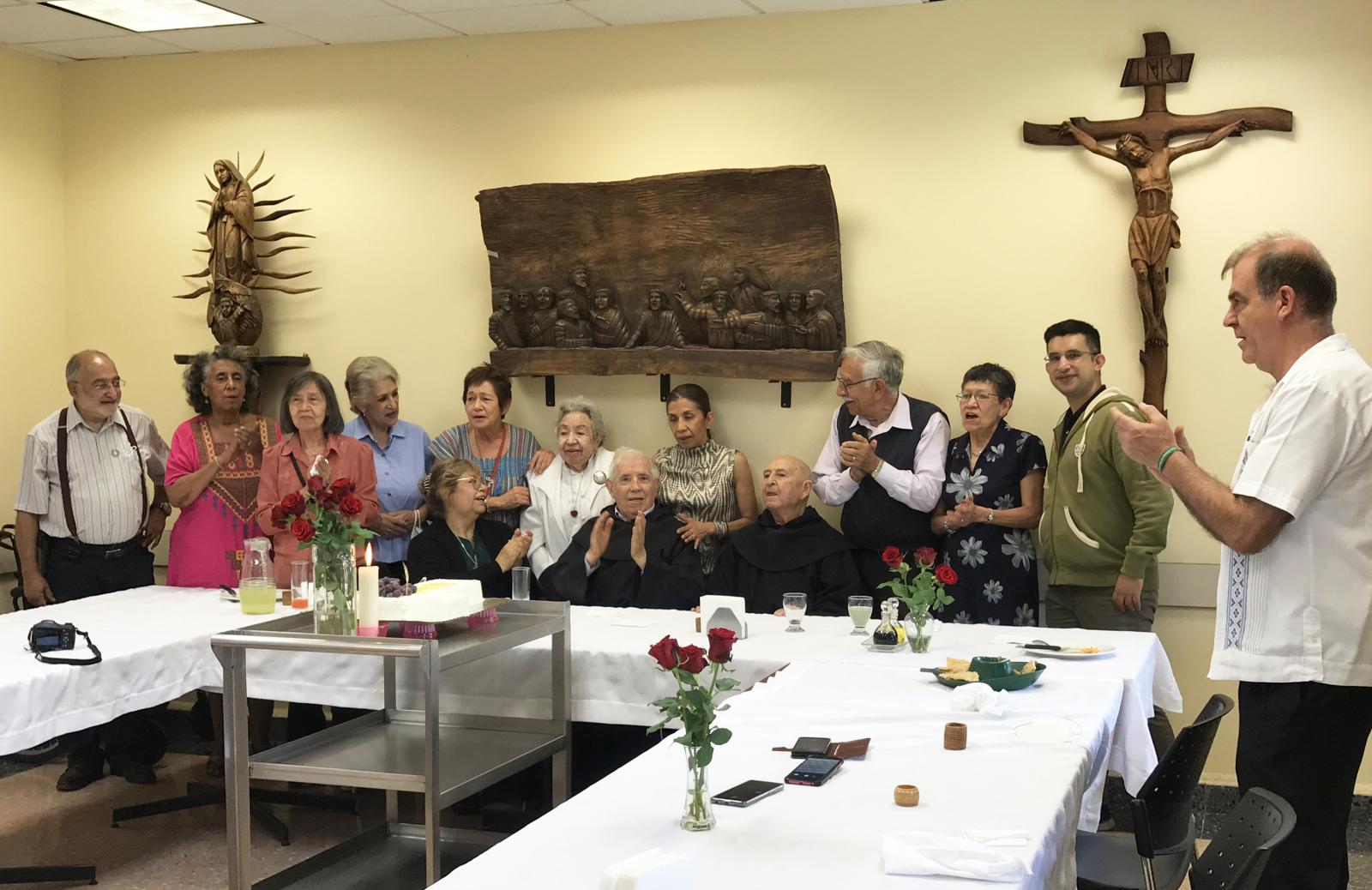 On July 24th, 1949 Fray Jesús Pérez Grávalos was ordained a priest in Spain, a country that he would soon leave to move to Mexico where, except for a short period of time, he performed the priestly ministry for seventy-three years. Within this long journey, his dedication, as a spiritual assistant for more than three decades, to promoting the Secular Augustinian Recollect Fraternity in the Parish of Jesus Christ Crucified deserves a special mention, for which this Fraternity has maintained close ties with him and has wanted to celebrate him in a special way on his 73rd anniversary as a priest.

The celebratory acts began with the Eucharist presided over by Francisco Oyanguren Isaí, an Augustinian Recollect graduate of the Fray Luis de León College, venue of the event. During the homily, an acknowledgment was made of the priestly anniversary of Father Jesús Pérez and his ministry dedicated to spreading knowledge of the Augustinian Recollect charism and promoting its experience. After the ceremony, the traditional mañanitas were sung.

Later, a lunch was served framed in a pleasant and fraternal coexistence. At the end of this, Father Jesús thanked the attendees for their presence, evoked some very significant moments shared with the Fraternity, some of whose members visited him, and imparted the blessing.

96 years of life and 73 years as a priest. Two reasons to give thanks to the Lord for the life and dedication of Father Jesus, and for having dedicated so many years to making the history and spirituality of the Augustinian Recollects known and taught to love hundreds of lay people.