“Thank you for so many good, wise, generous, hard-working and holy religious and apologies for the shortcomings throughout these years”

The Augustinian Recollect Sergio Sánchez said goodbye yesterday Wednesday June 29th as prior provincial in the framework of the 128th Chapter of the Province of Saint Nicholas of Tolentine with a speech full of emotion and thanks that we reproduce in full. 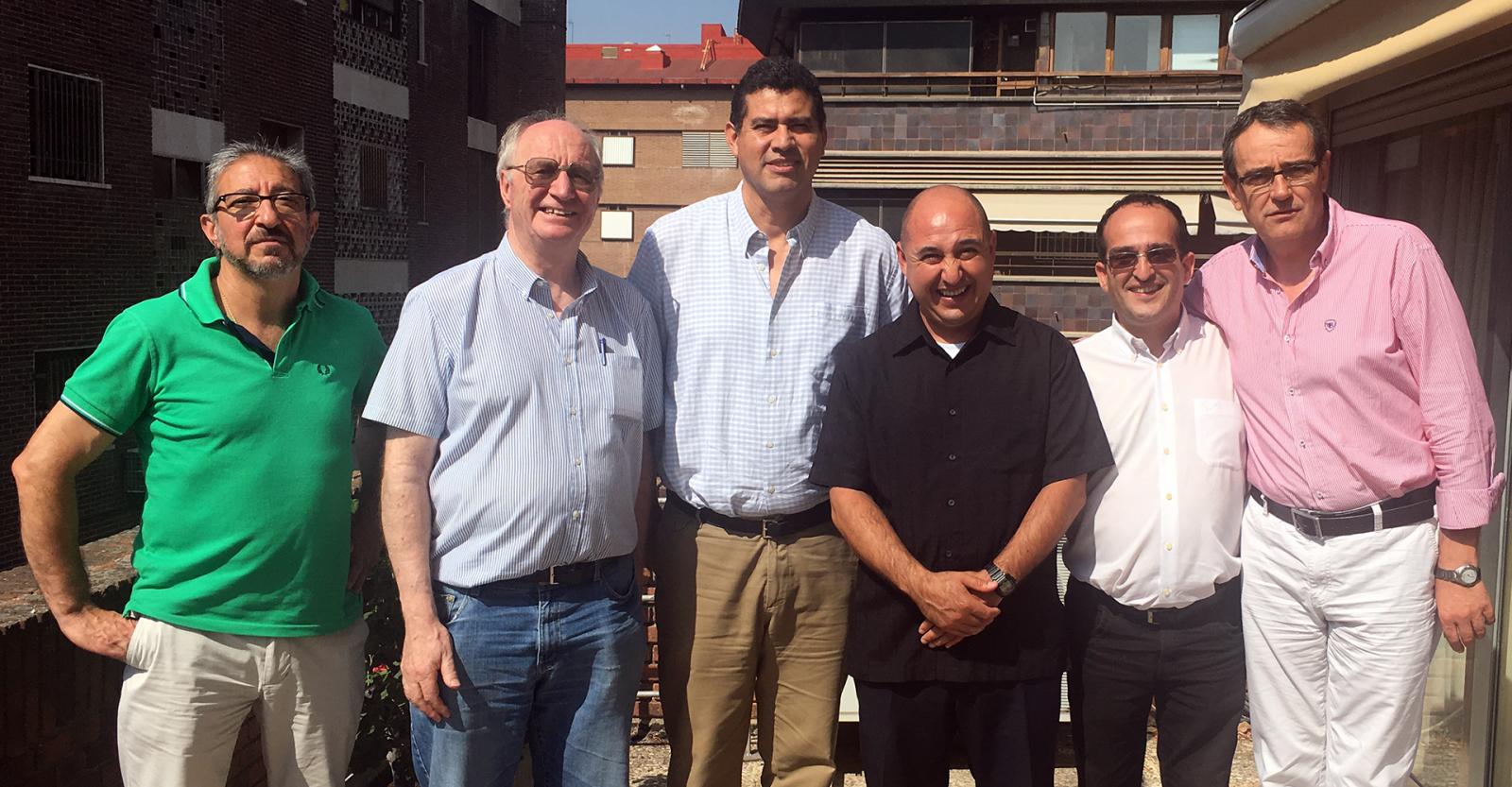 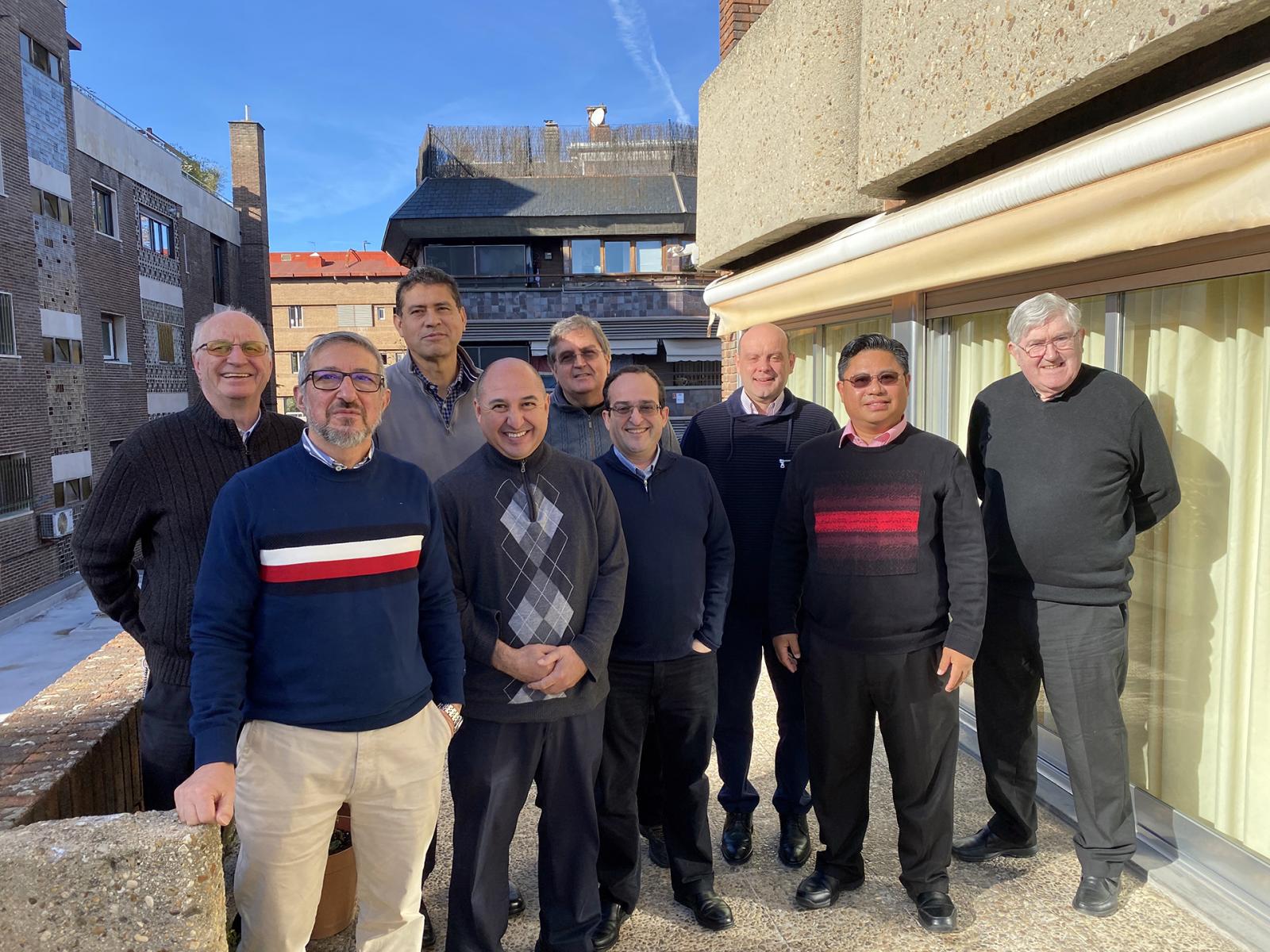 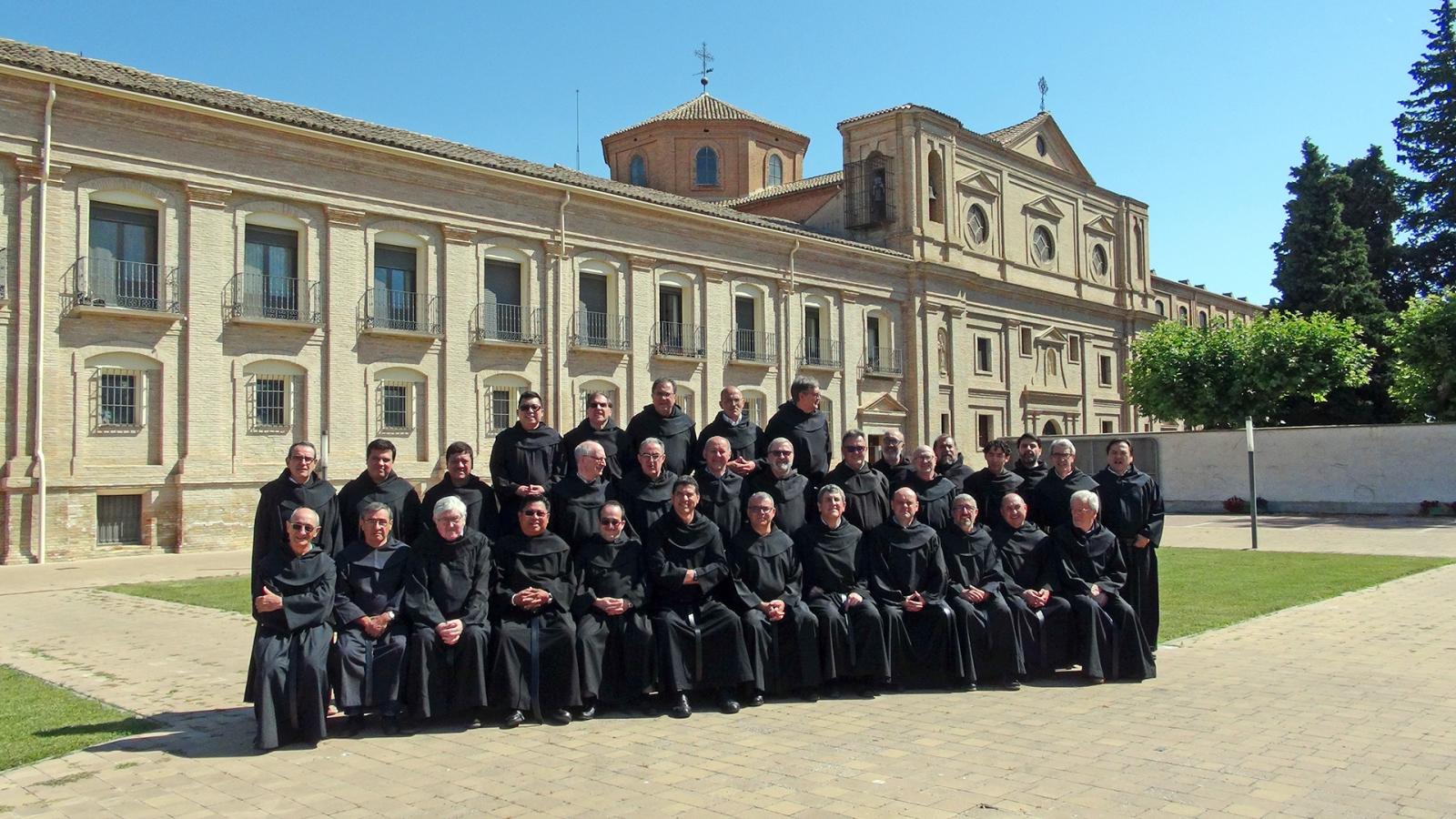 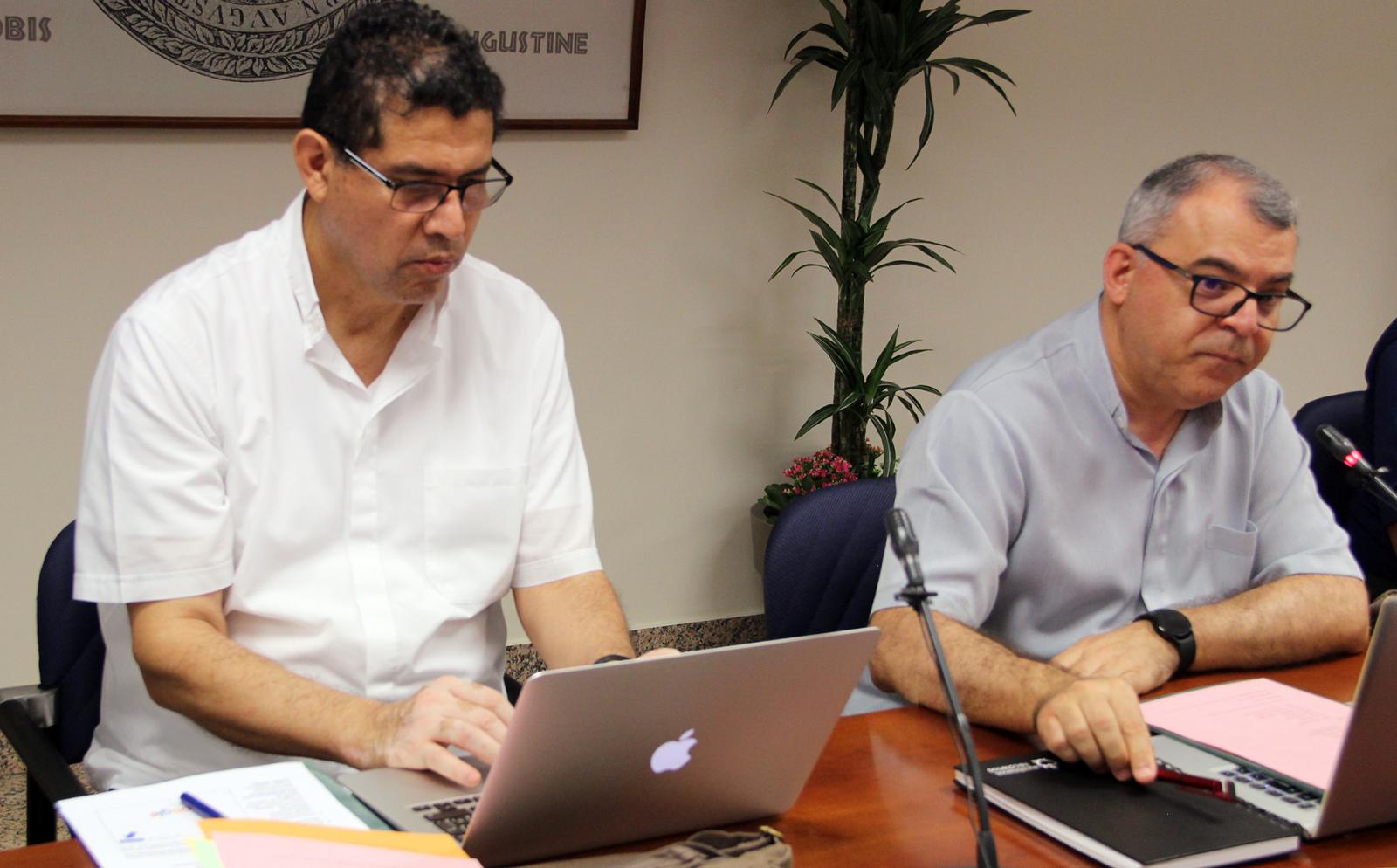 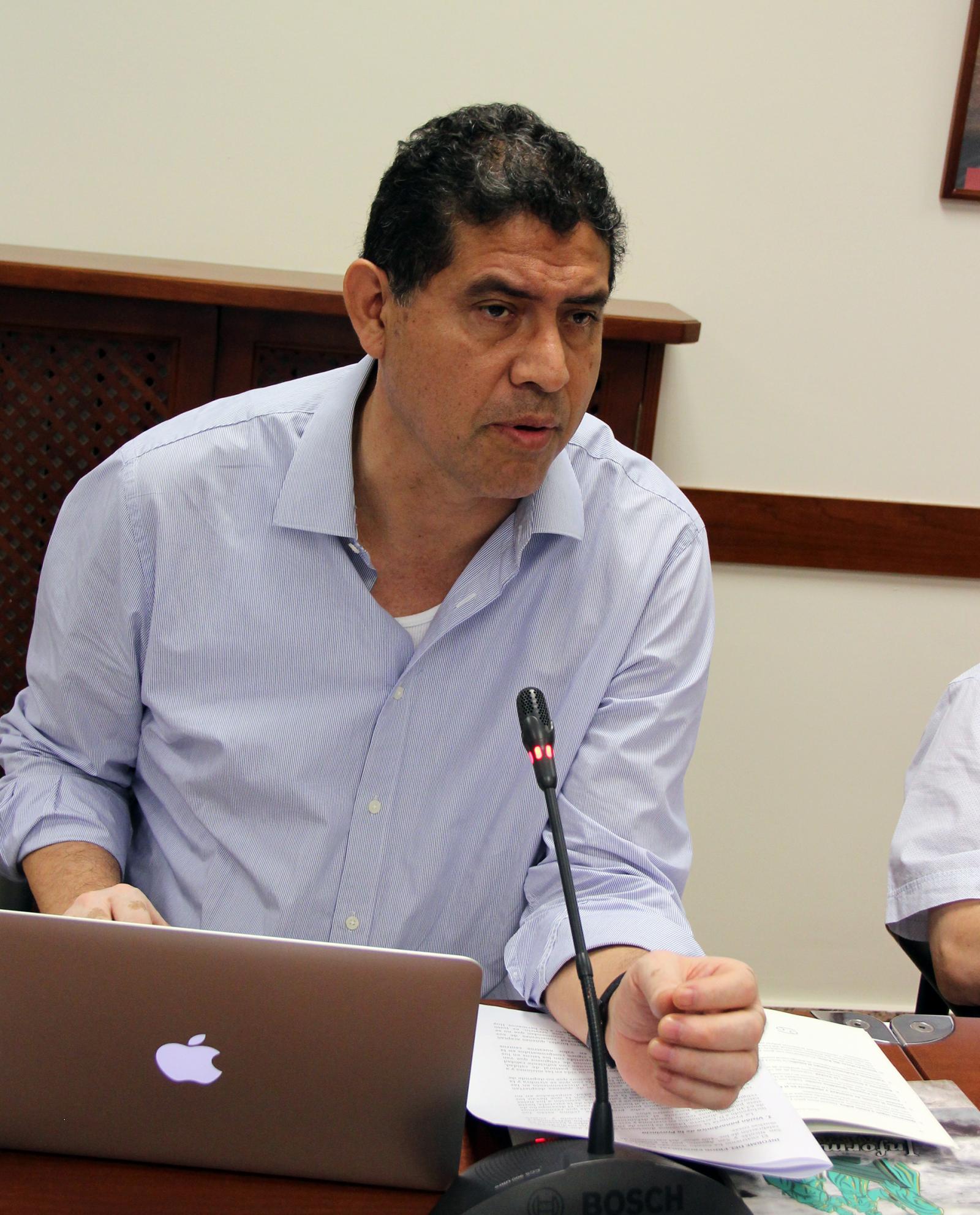 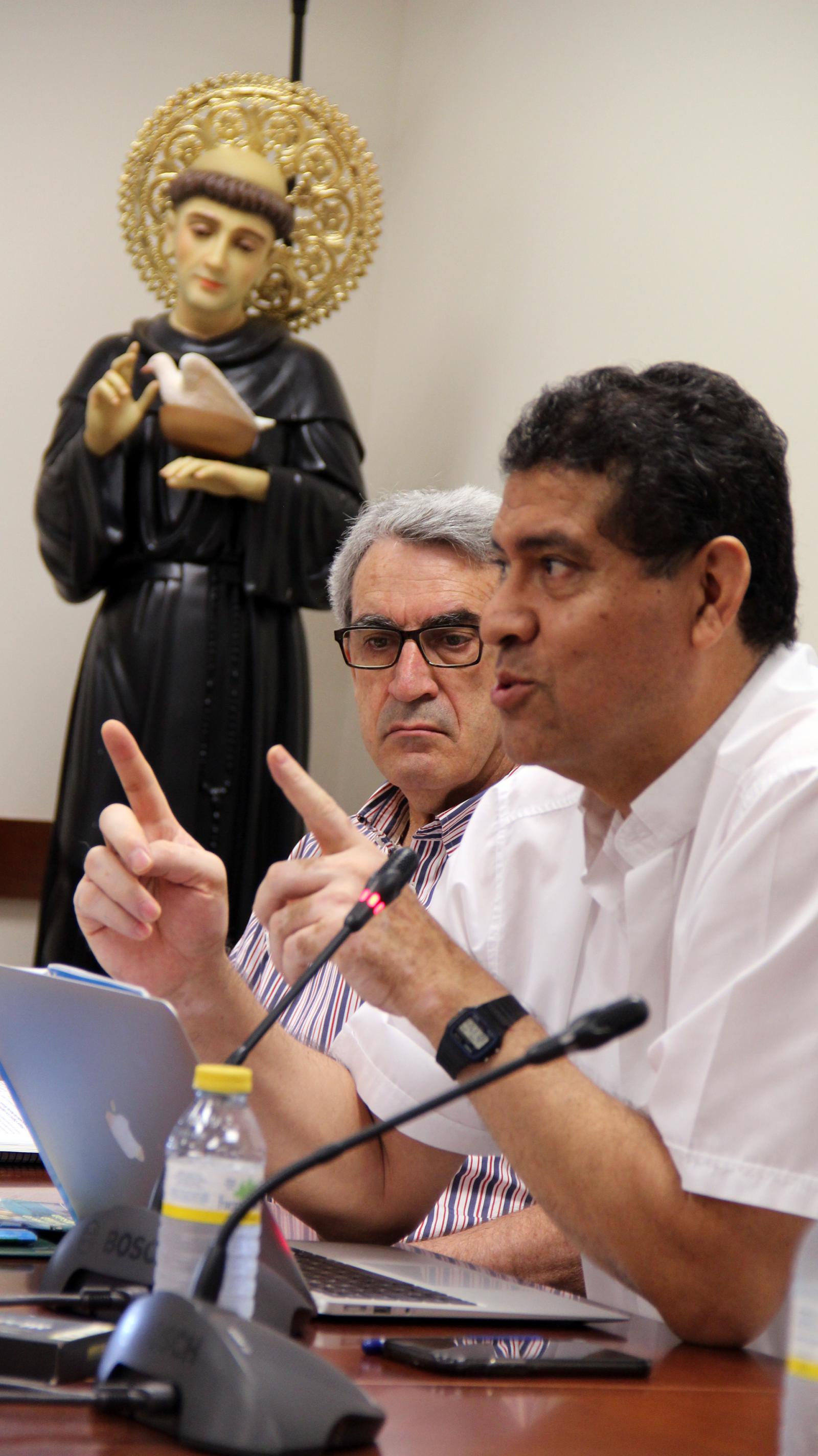 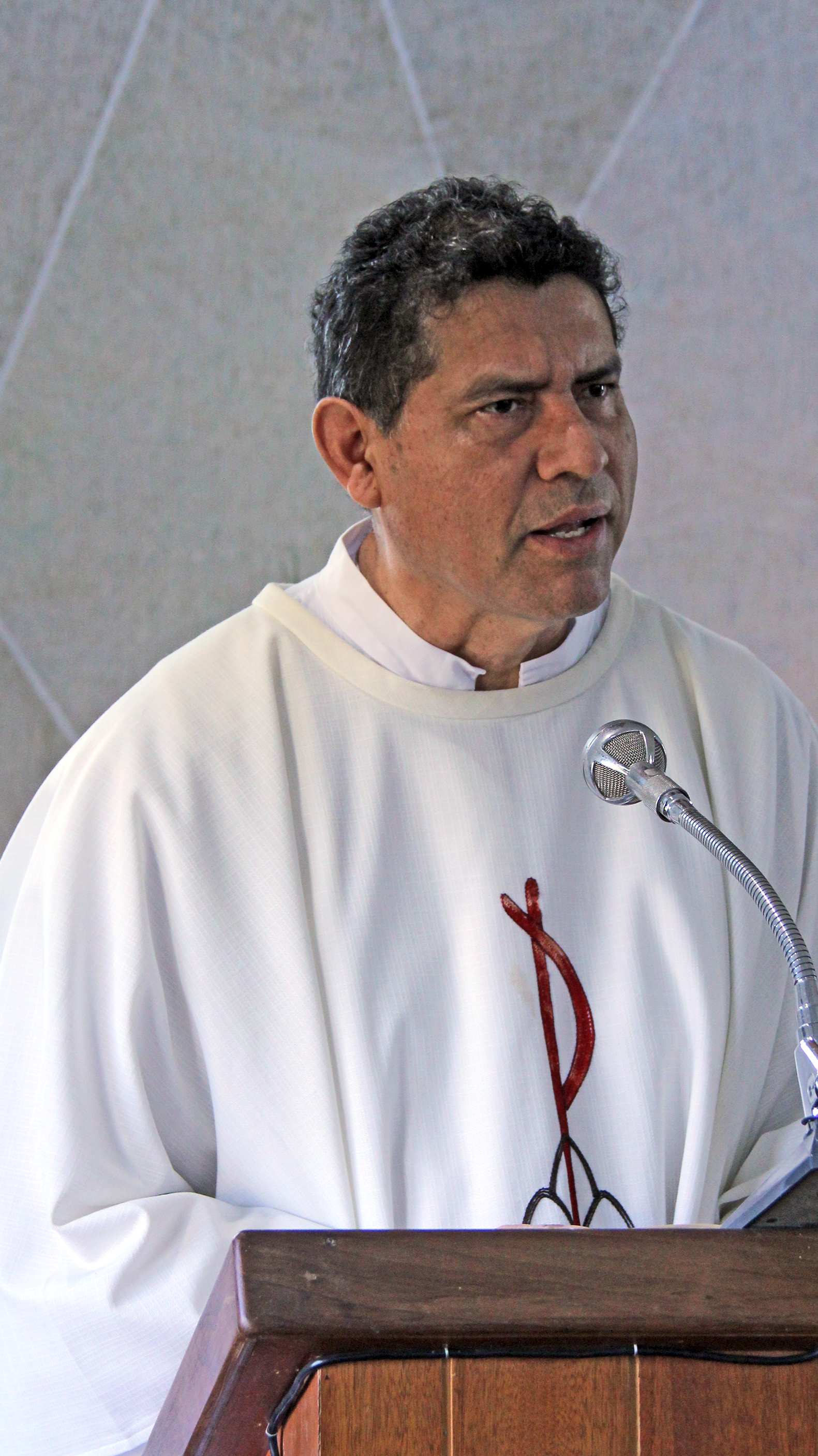 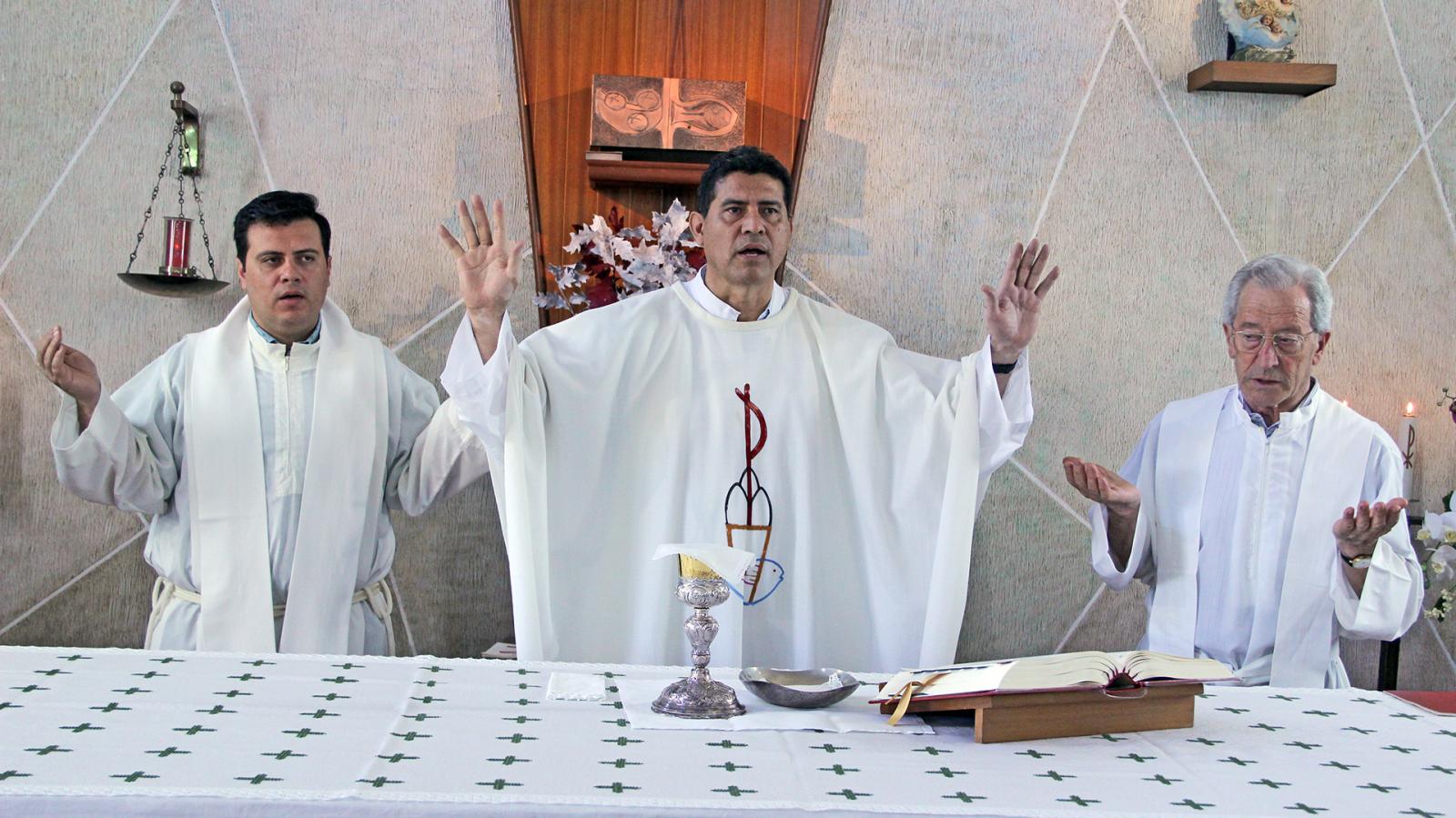 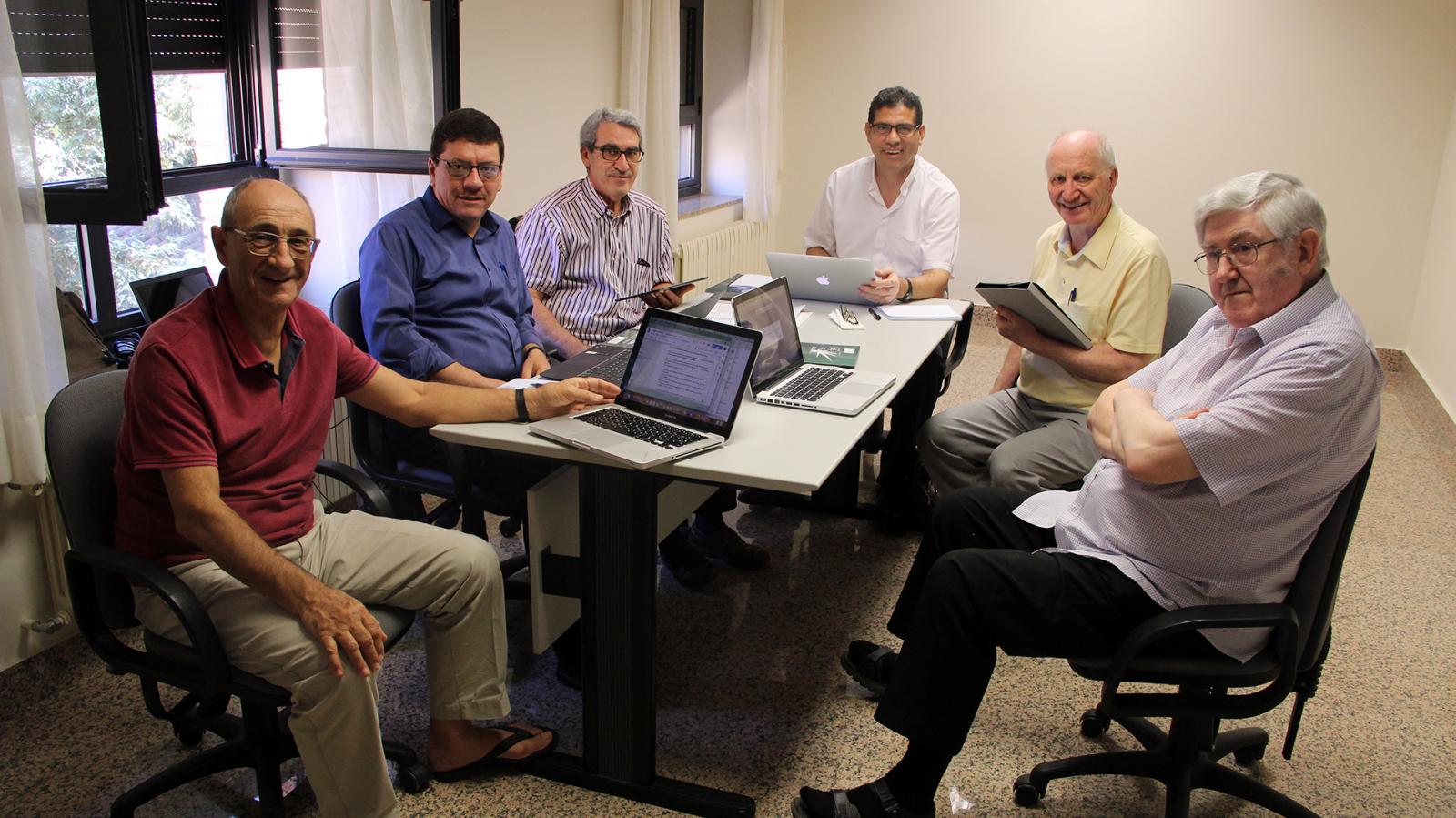 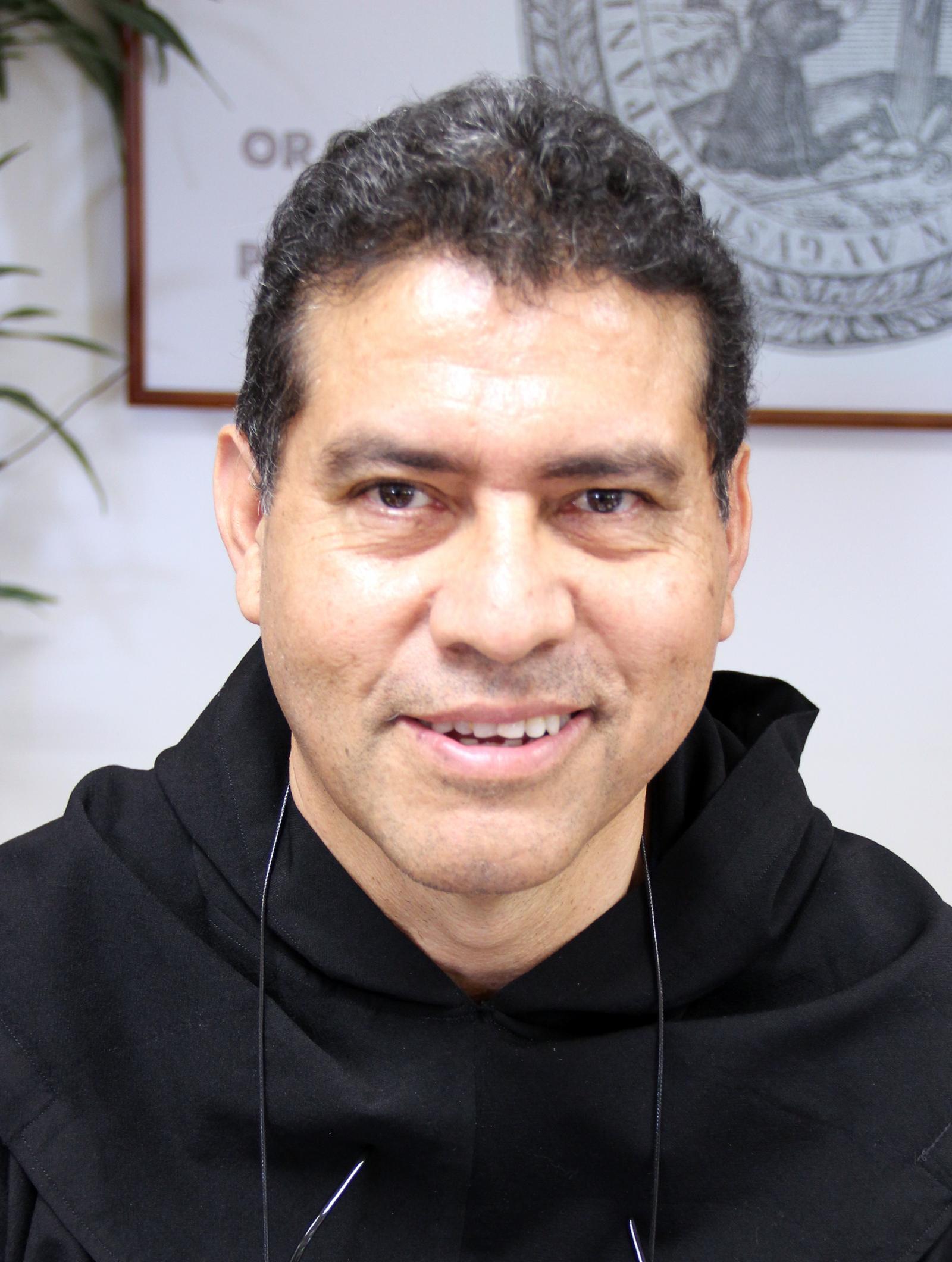 “At the end of my service as Prior Provincial, I would like to thank the religious for the trust they placed in me to carry out this delicate task of animating the life of the Province. I assumed this responsibility in obedience to the Lord, manifested in the will of the religious.

Although there are many matters that the prior provincial has to attend to, one is the one that remains in the heart and that gives value and rewards this service: the gift of the brothers. It is a beautiful gift to be able to peek into the intimacy of the religious, into their sacred land, to share their journey; their difficulties and weariness, their hopes and joys.

The Lord reveals our mission to us as we go through this journey together; He is present in those days in which we do not see clearly and it seems that we do nothing. There are fruits that only depend on Him.

I cannot deny that we have wounded, tired and burned brothers, but there are more good, wise, generous, hard-working and holy religious. At the end of this service, this is the reward that I guard with secrecy and present in my prayer.

I thank all those who have shared this service of government during the four years: the provincial council, the vicars Javier and Marlon; to the delegates, Juan Cruz, Víctor, Willy and Yang; local priors and presidents of service bodies.

Did I know seven years ago that I was not assuming this service in a personal capacity; the councilors have responded generously to the extra tasks that the Chapter entrusted to them.

Although they all deserve a personal word of thanks, there are two religious I want to mention because of the circumstances in which I have carried out the service of authority, the vicar of the Province and the secretary.

On the days when I have had low hours they have come to the rescue and have taken on the issues that had to be attended to. I have felt proud when I have heard comments that they ran the Province, which confirmed to me that it was in better hands.

Personally, I thank Benjamin for the years we shared shoulder to shoulder, trip after trip, in times of quarantine or on office days; In addition to his efficiency and good work in the secretariat, more significant has been his friendship, his advice and his care for me.

I have told more than one that “the secretary takes care of me more than I do myself”, always going ahead to seek care that would help me maintain my health, I think sometimes exposing his own.

I do not want to mention more names, because each one has contributed great things to better serve the brothers; some of you have done it with your words and actions, others with meaningful silences. Some of you have assumed extra responsibilities that were not to your liking, thinking of the good of others.

I also want to apologize for the shortcomings and for the situations in which I have not attended to the religious due to laziness, lack of sensitivity or leadership. Some brothers have missed a word or a gesture from someone who was supposed to accompany them, support them and represent them. More than one will have felt offended by decisions made by the Council without sufficient dialogue and communication. And I am sure that my omissions are many more, some committed by ignorance, others by personal complexes. I welcome your understanding and fraternity. The Lord will know how to welcome us all in his great mercy.

Thanks to all the chapter members for being the expression of the life of the Province and for preparing the Life and Mission Project for the next four years. Thank you for being Augustinian Recollects and for following the Lord with the purpose of “growing together”, committed to ongoing formation that touches our hearts and gives us life, pilgrims together with the laity.

I accompany Carlos González and the new Council with my prayers and availability. A new time is brewing, with new people, with new ideas that will be leaven for us to serve the Province in a renewed way.

Finally, I want to thank the Prior General, Fr. Miguel Ángel, for presiding over our 128th Provincial Chapter; Thank you for your words full of wisdom and anointing, for your patience, serenity and fraternity.

Thanks for your service

After his address, the Augustinian Recollect Juan Luis González, who has accompanied Father Sergio for a long time as a member of the Provincial Council, addressed a few words of thanks. He recalled his responsibilities as Formator, Vicar of Mexico and Costa Rica, Vicar of the Province and, finally, Prior Provincial during the last seven-year term.

“I wanted to congratulate you because you were very brave, you put yourself and your illness before the needs of your brothers and sisters and you have given us all an example of perseverance, sacrifice and effort. […] At all times, people have prevailed over structures.

In the work of authority, which is very hard and very difficult, mistakes can sometimes be made. But we have to be very happy because in everything you have always put your heart, the heart of our father Saint Augustine, joy and hope, you have tried to infect us with your example and your testimony. We have felt close to you, accompanied.”

To end the thanks, through an anecdote from the biography of Charles de Foucauld, he told Sergio: “On behalf of the entire Province I want to thank you, because wherever you go you will never be alone nor do you go empty handed. Many thanks”.