Isabel, MAR: “Lord, if you want me to follow you, you take care of mine and give me the strength to follow you”

In this Virtual Vocational Week, we have the testimony of Saint Isabel Mojica Mejía, an Augustinian Recollect missionary sister. She is a native of Yaguate (Dominican Republic) and has studies in Clinical Psychology, Bachelor's Degree in Religious Sciences and Early Childhood Education. In Las Gabias (Granada) she collaborates in parish ministry, with special attention to young people and the sick. 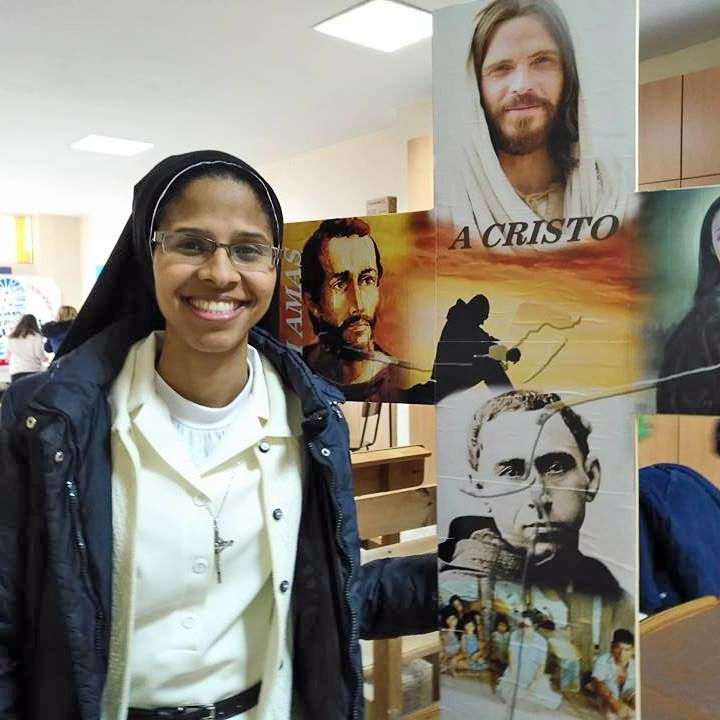 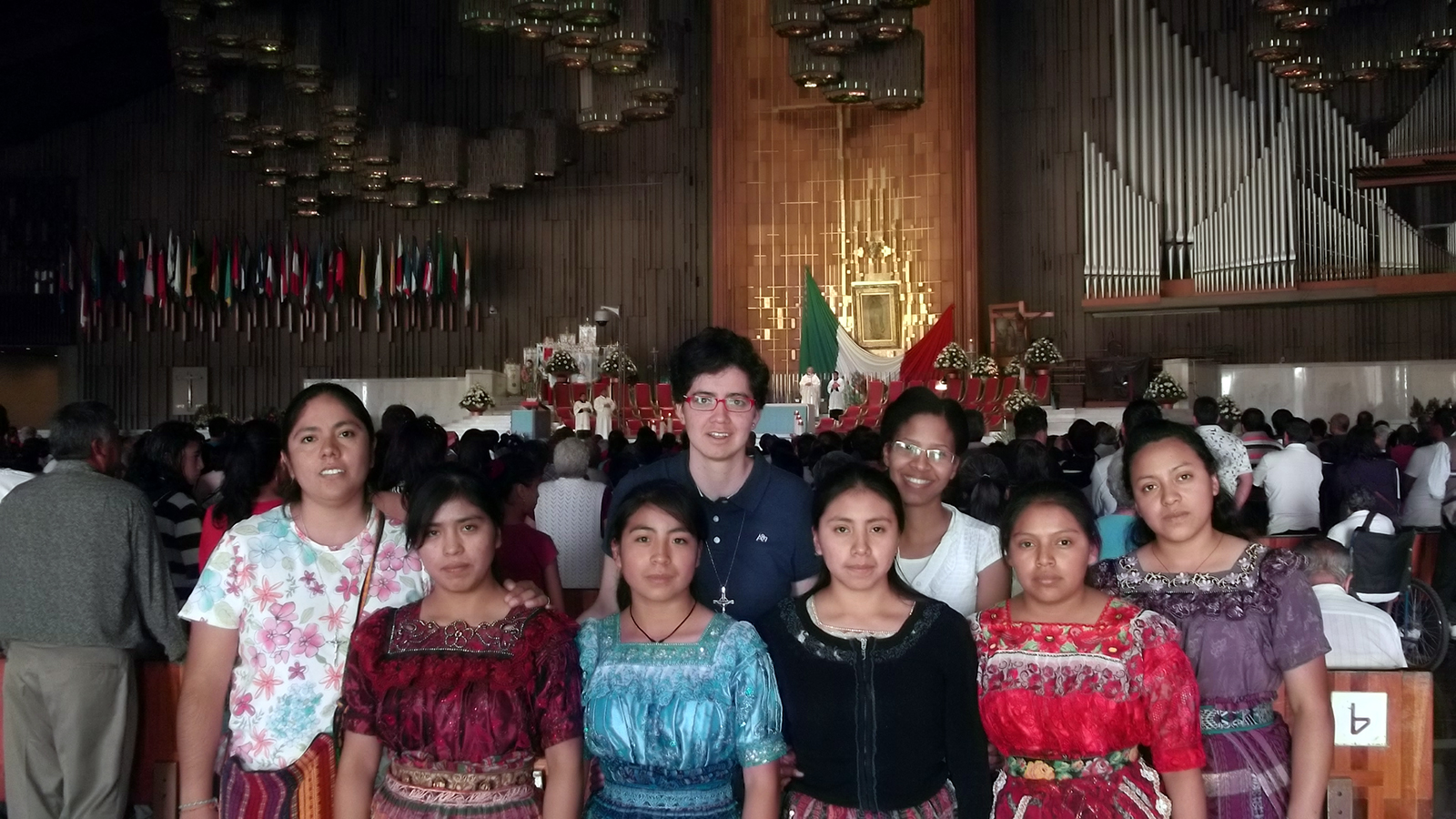 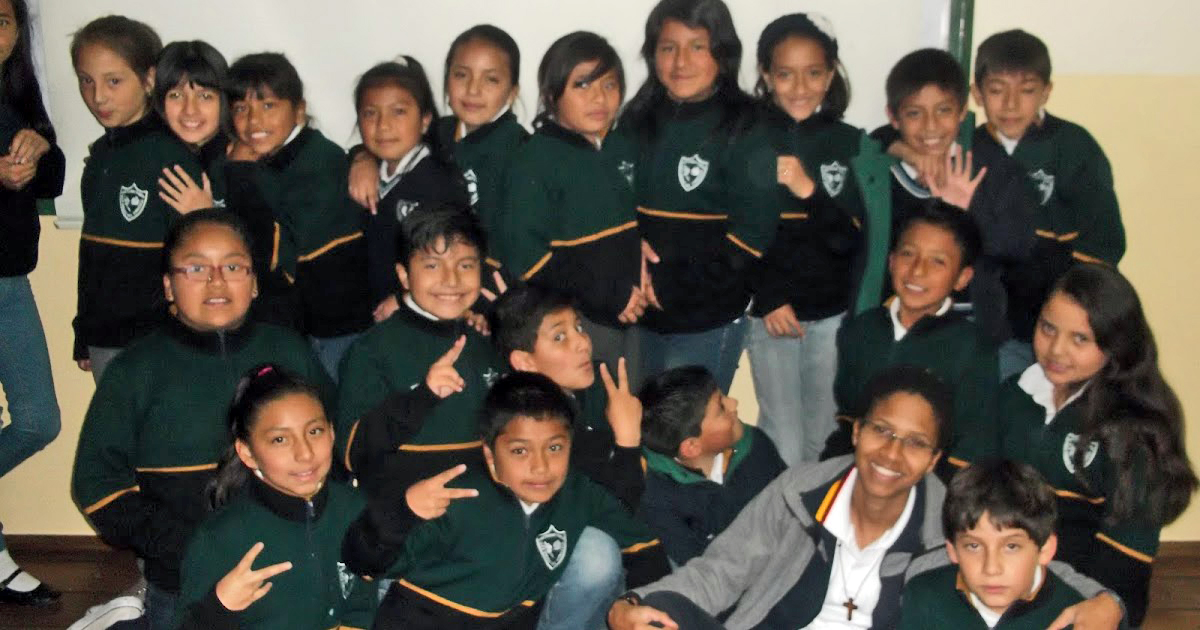 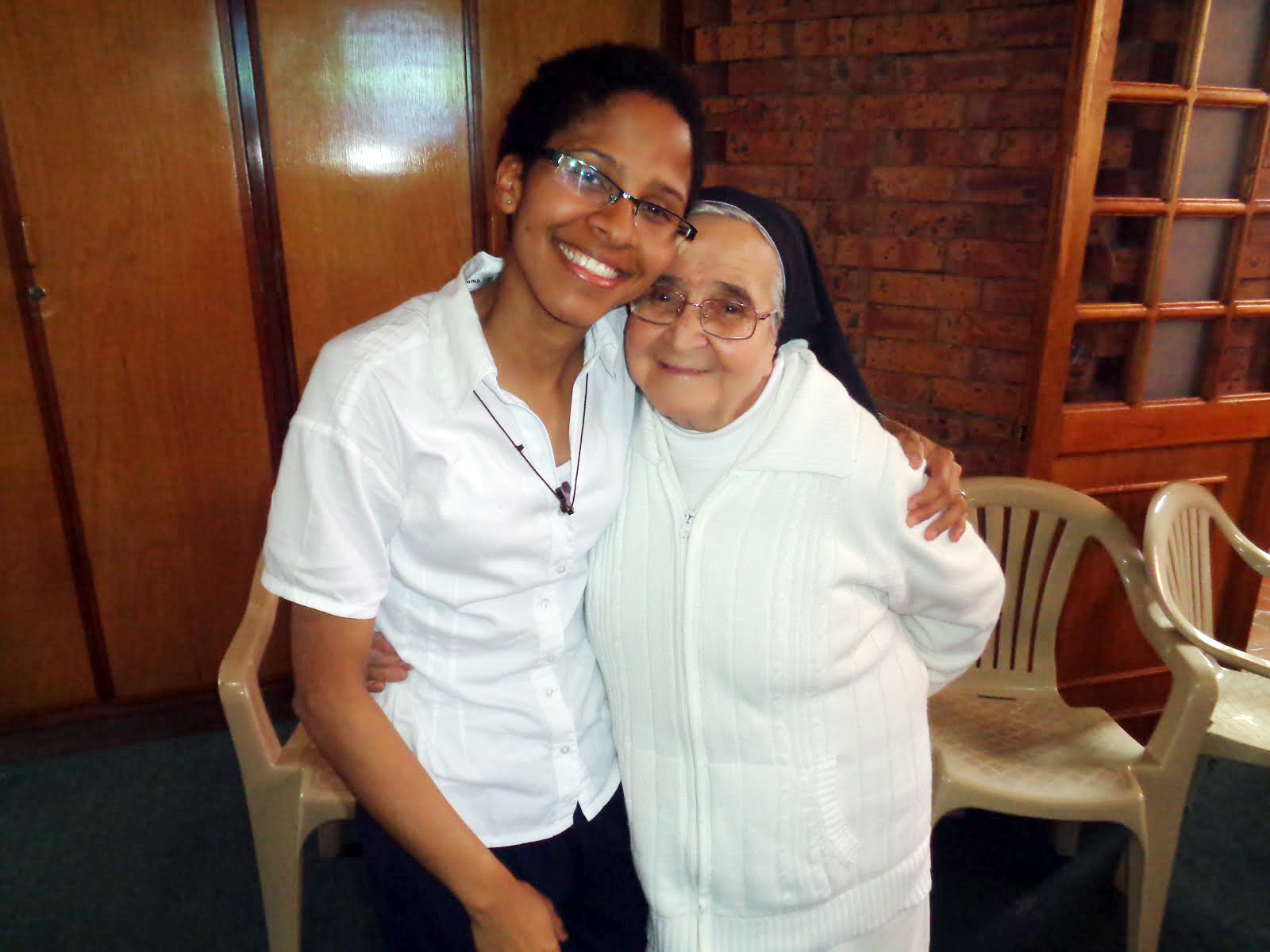 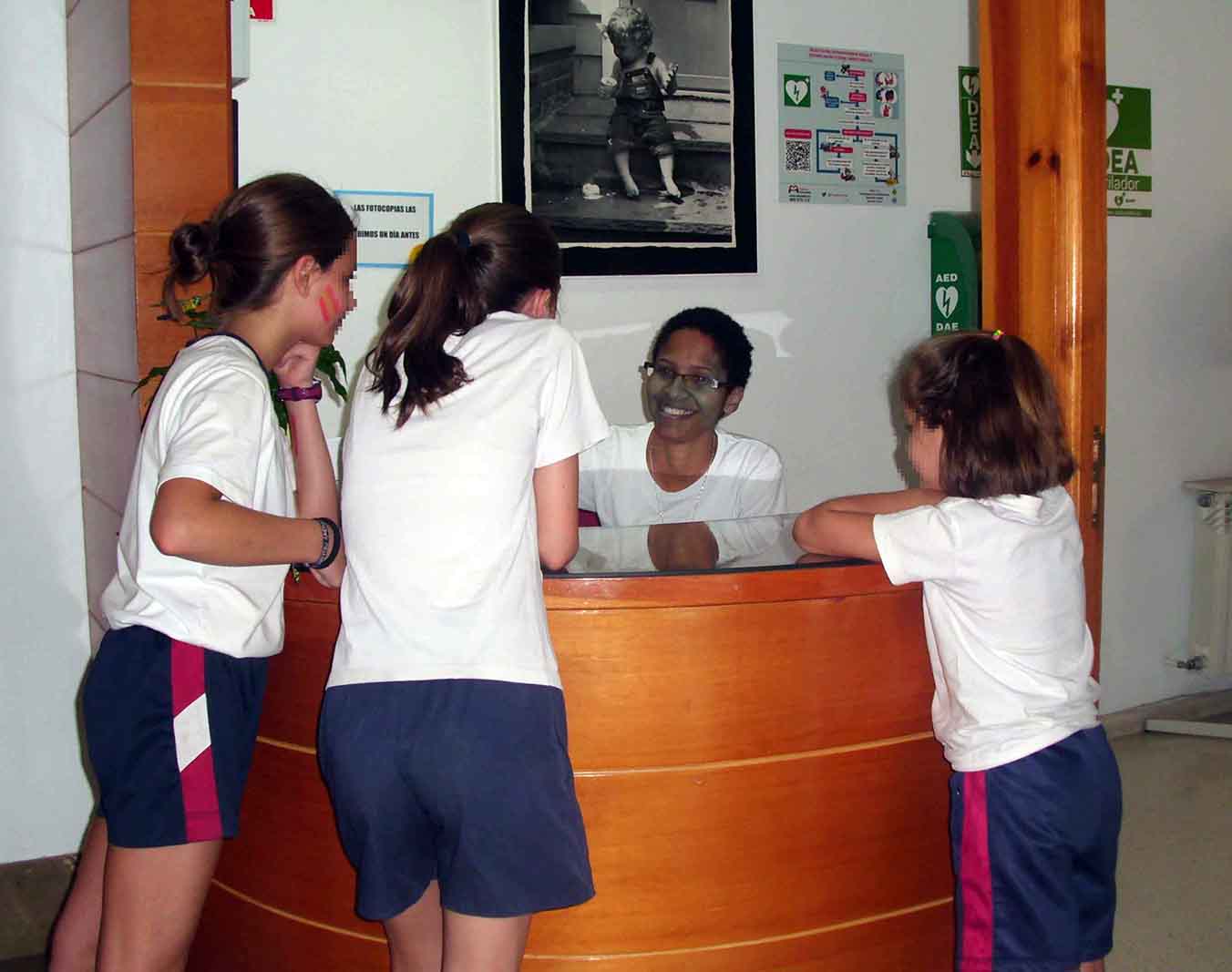 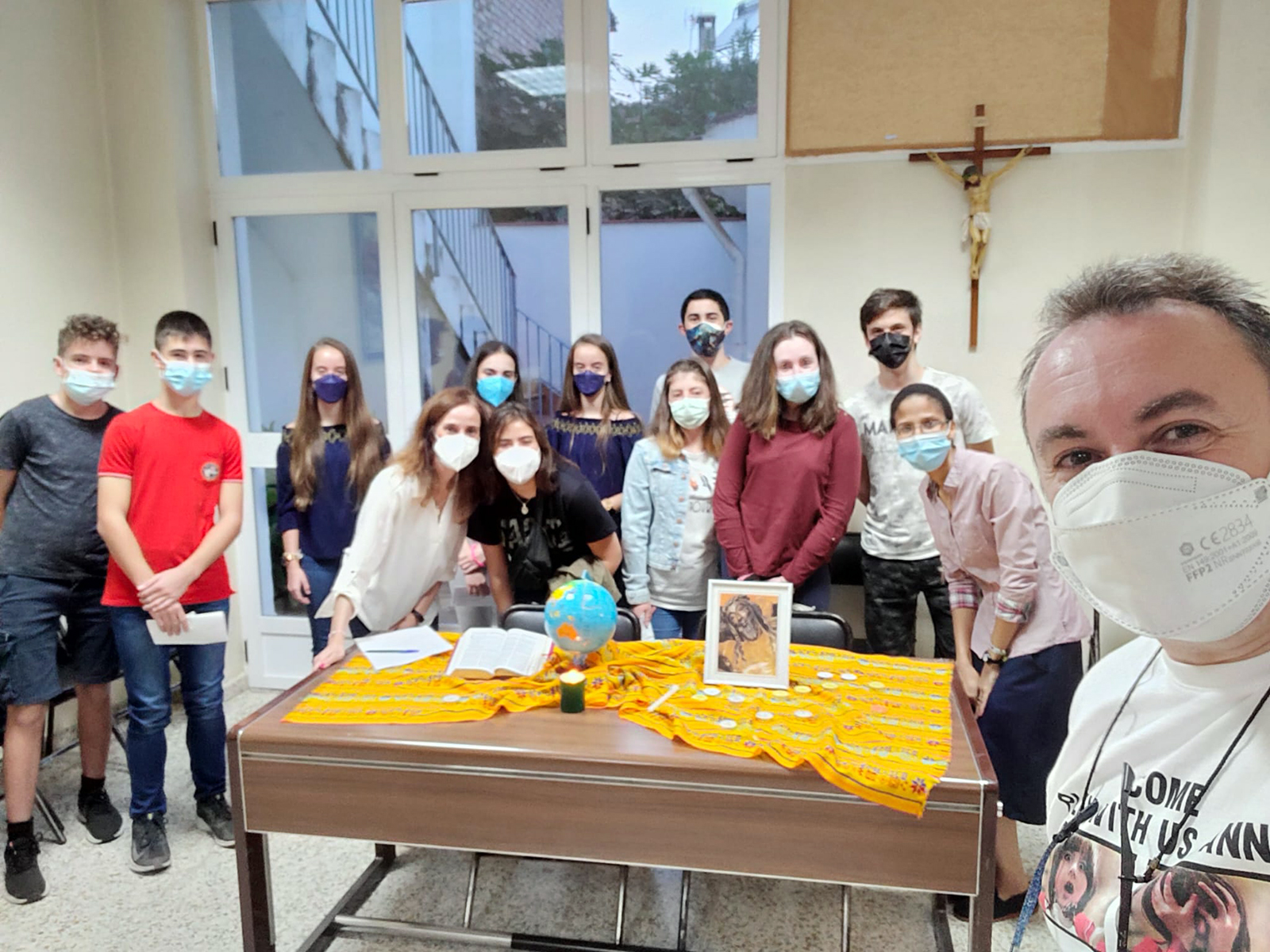 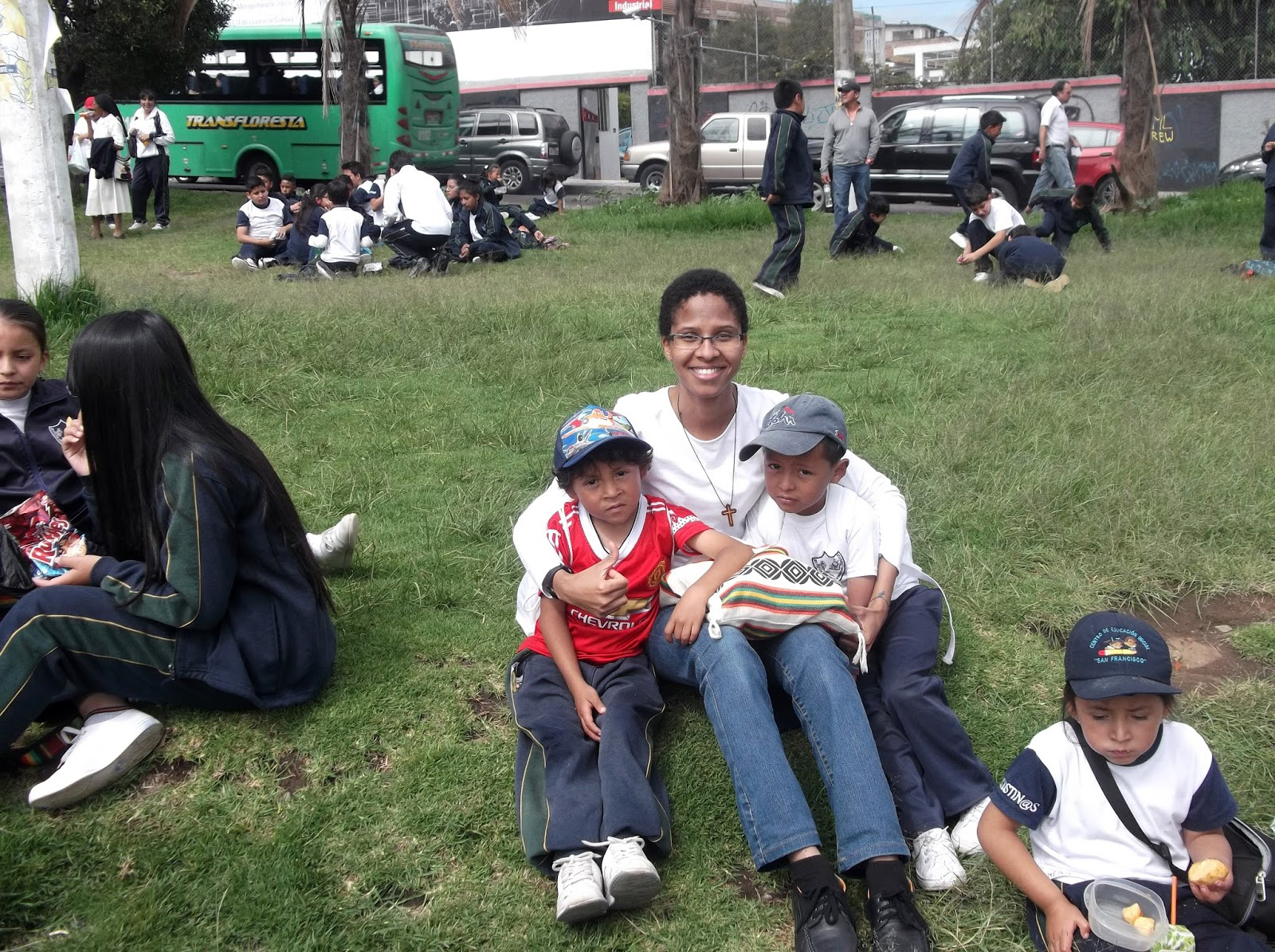 How has this journey been that has led you to be an Augustinian Recollect missionary?

I am from a simple, large family of seven brothers; I occupy the second place by age, and I have two little brothers from my father and a brother from my mother, this one older than me. While I was studying the 8th semester of Clinical Psychology, with one semester left to finish my degree, I left everything to join the Augustinian Recollect Missionary Sisters... It was unexpected, and I say it that way because I never thought I would be a religious...

Until then I had only thought about studying, helping my family and one day getting married... In fact, in my immediate context religious life was not known and as an "idea of ​​the future" only marriage appeared...

But there was something inside me that pushed me to help people who were homeless or who had nothing to eat. I was a catechist in the little chapel of my small town, and I was immersed in everything of the Church, helping and giving what little I learned and what God gave me.

When I turned 20, I moved to the province of San Cristóbal to study Psychology, since I was passionate about it. I was just one of the students. In my family only my mother practiced the faith; my father is a believer but not a practicing member. There was some little seed sown in my heart because I felt a certain emptiness and needed to fill it with someone very special.

In San Cristóbal I continued to participate in church activities, I liked to help and serve. But a restlessness began to arise in my heart while I was studying and collaborating in the neighborhood chapel, attended by the Augustinian Recollects. Something was missing from my life, and it wasn't in everything I had done so far.

I asked the Lord to help me satisfy that loneliness that I did not know how to fill. Faced with this uncertainty, I began to think: Could it be that God really wants to ask me for something else? So, it was. I approached an Augustinian Recollect friar and told him about my concerns, and he encouraged me and invited me to a vocation group at Our Lady of Consolation Parish.

That really moved me a lot since I was going to discover what my vocation would be. I visited some convents, but I didn't like any of them. One day I did a retreat called "Face to face with Jesus", and I feel confirmed that religious life was my vocation... It was the most special day of my life; I had found the treasure that would give meaning to my existence.

One day an Augustinian Recollect missionary went to the little chapel and made an invitation to a vocational fellowship. I was the first to sign up… The emotion continued, but with doubts and uncertainties… In that gathering I was able to contemplate the face of God in a video of some children from Guatemala. I felt that Jesus was calling me to give everything for those who need me... And I told him: Lord, if you want me to follow you, you take care of mine and give me the strength to follow you.

I decided to follow Christ with the Augustinian Recollect Missionaries (MAR) and began with the paperwork to leave for Mexico, where I lived the aspiration and postulancy; then I did the novitiate in Colombia, and Ecuador continued with an experience in the Quito school and with the indigenous people in Guamote.

I am now in Granada, Spain, in the Juniorate, preparing to make perpetual vows. In addition, I work with catechesis, with young people, I visit the sick and I collaborate in the Vocation Ministry of this Parish of Las Gabias.

What have you found in the Augustinian Recollect Missionaries that you did not find in other communities?

I wanted to live in a different way, and I knew that God would fill all that space in my life that no one could fill. This path makes me completely happy, especially the fact of making God's project visible in the world, of helping those who need it most to the end.

As a consecrated person I seek to give myself, to give myself to a vital axis that humanizes me and makes me feel that life has a deeper meaning. I felt very identified with this charism, with the way of living, it was what I was looking for, that is, living in fellowship of sisters, taking the message to all corners and experiencing the presence of feeling loved by God.

As an Augustinian Recollect missionary, I must fully involve myself and embrace the reality that God places at my side. The mission evangelizes us… Now my mission is to be there, to be a sign of the presence of the Kingdom of God in what I do, from the smallest or the simplest. It is opening to the other, letting myself be surprised by what is new and what others want to teach me.

The missionary part of our charism requires me to be open to the needs of the Church and of people wherever they need me. It requires availability to transmit the faith to those who do not know God, or to strengthen those who are weak or forget God. I feel the need for everyone to know that God loves them as they are and that there is no better way to be happy than to live according to the gospel.

This missionary dimension requires me to go out to meet the other, listen to him and be attentive to his needs, embrace the reality of the one who suffers, look and contemplate the face of God who tells me that it is worth betting everything for him. Despite the difficulties, it is to remain faithful to the mission received. Nobody said it was easy, but neither was it impossible.

Right now, I am in initial formation, and all the formative stages have their beauty and experience that transform. The Juniorate stage, for example, has brought me many experiences of people who have touched my life and have been lights to further strengthen my dedication and passion for Christ.

I have not yet lived in any border ministry, but I have collaborated in that mission... In Mexico, as a candidate, I had the opportunity to work in a soup kitchen and now I collaborate in an ARCORES project with two families in vulnerable situations...

It is an experience that lights the way. You learn so much from them, to value things more, or moments of fraternity... Being in the care of life is stepping on sacred ground, it is transforming lives and allowing yourself to be transformed by them; it is to go with simplicity to welcome, to be close, without invading the life of the person.

How are you living the 75-year anniversary of your congregation?

I have felt especially happy in the liturgical celebrations, in the virtual and face-to-face meetings of our communities, the moments shared with the laity and collaborators such as the FRAMAR group, as well as with the intensification of mutual prayer.