Augustinian Recollects in China: An inculturation which was accelerated, successful, and positively practical for the religious and for the locals.

Friar Jose Manuel Romero, Augustinian Recollect and who has studied the history of the evangelization in China, wrote an article in which he exposes, analyzes, and explains the fruits of such a rich and successful inculturation process the Spanish missionaries sought in the missions of Kweiteh, present Shagqiu, in Henan, China. 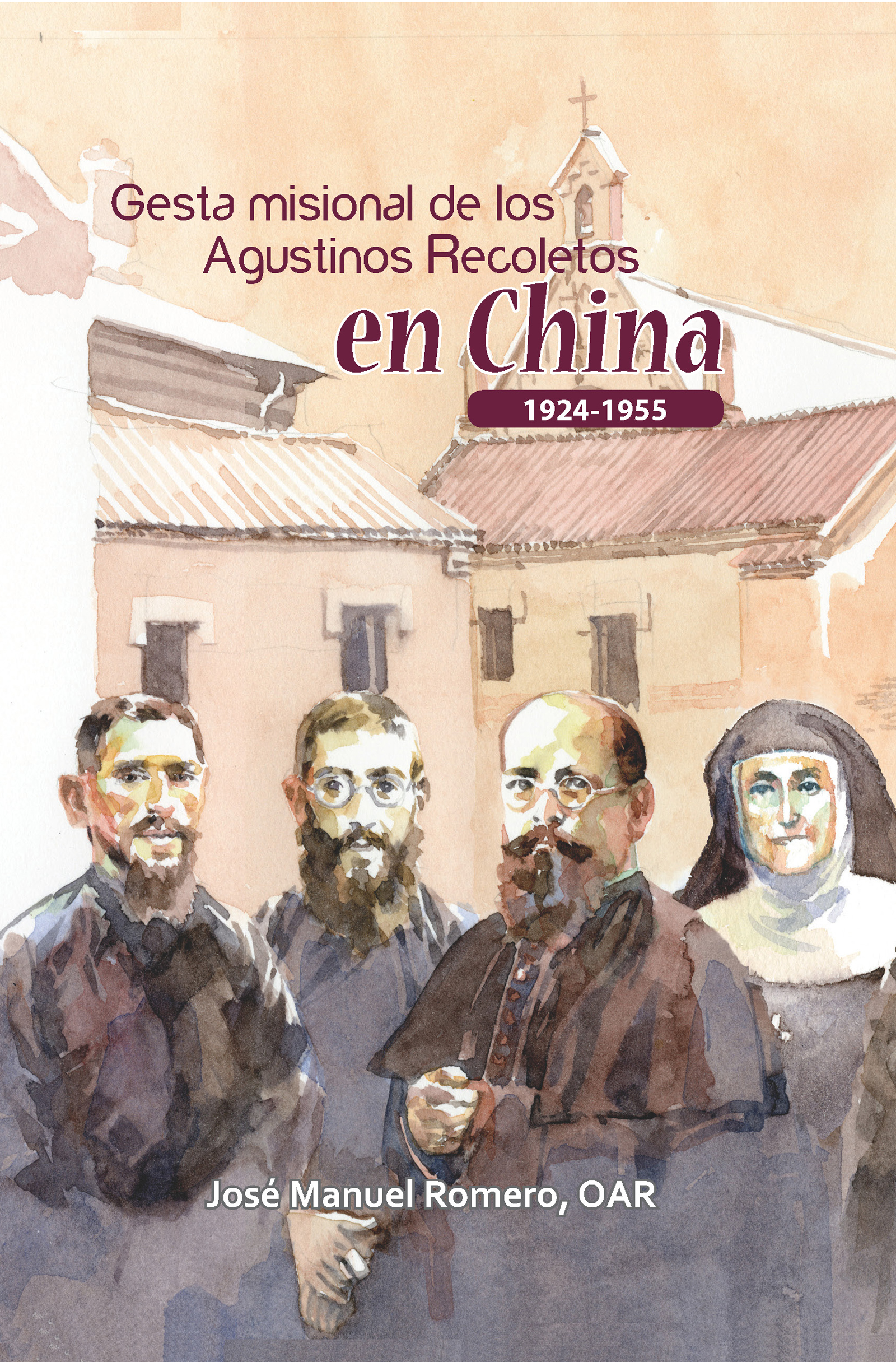 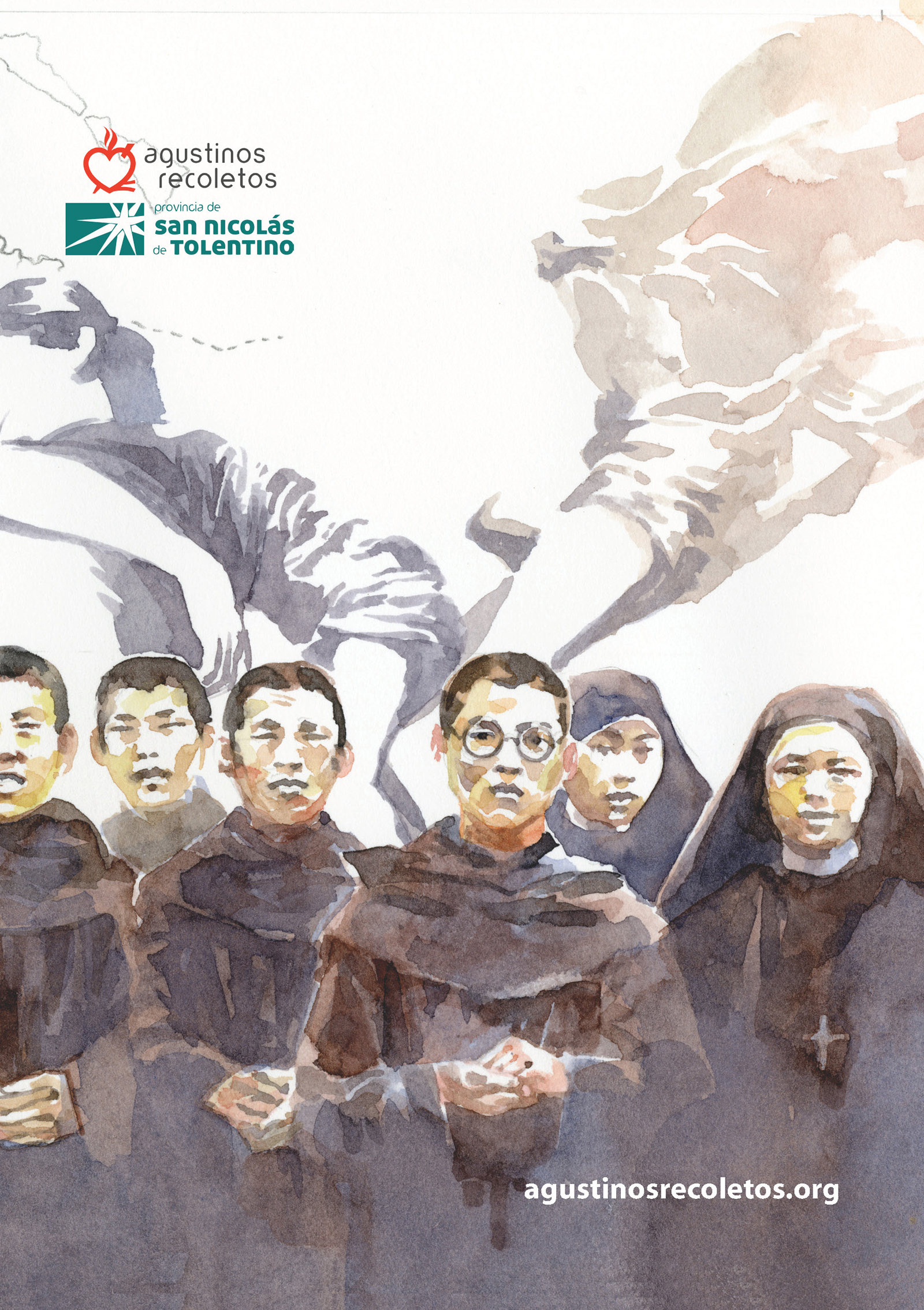 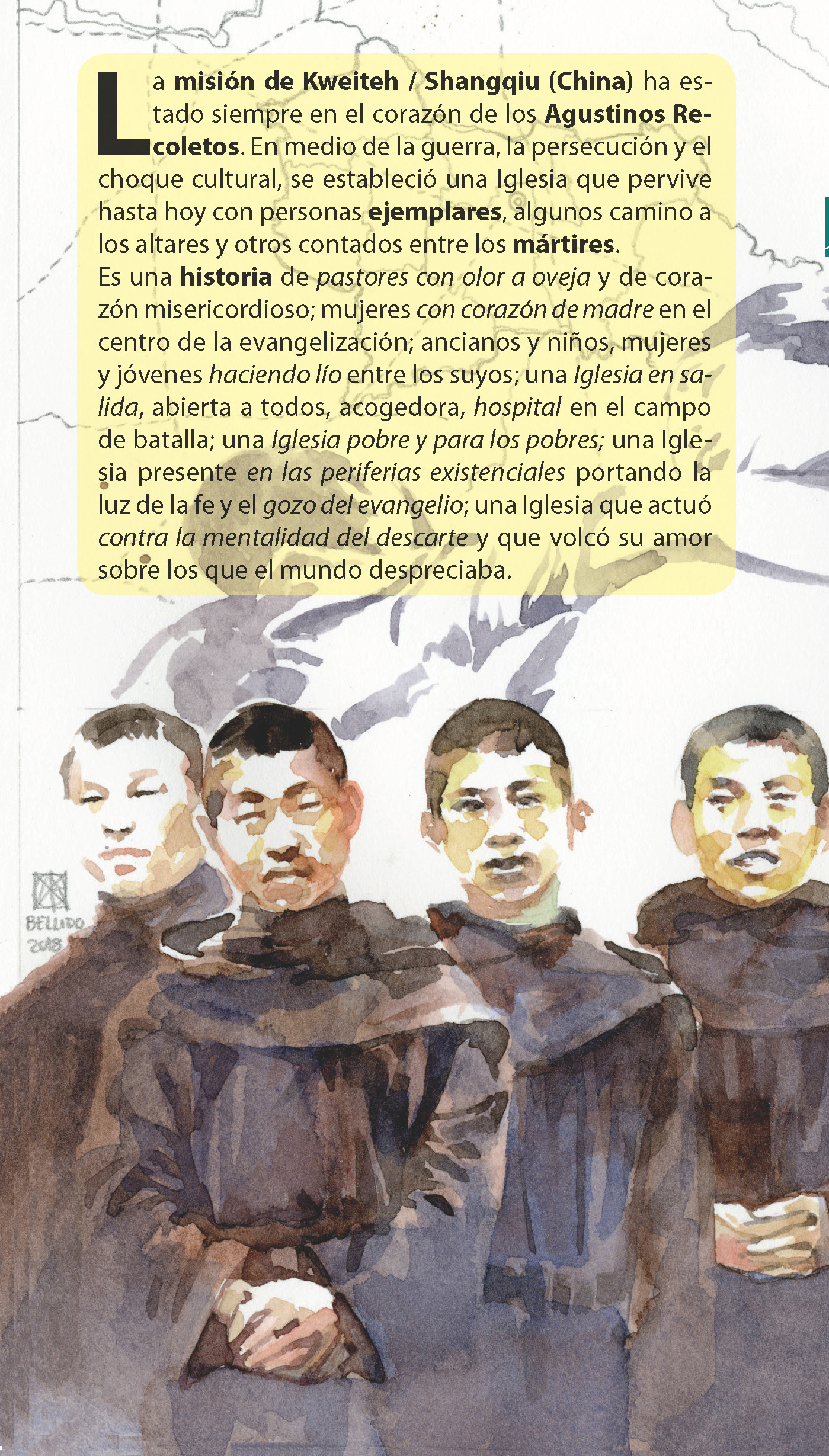 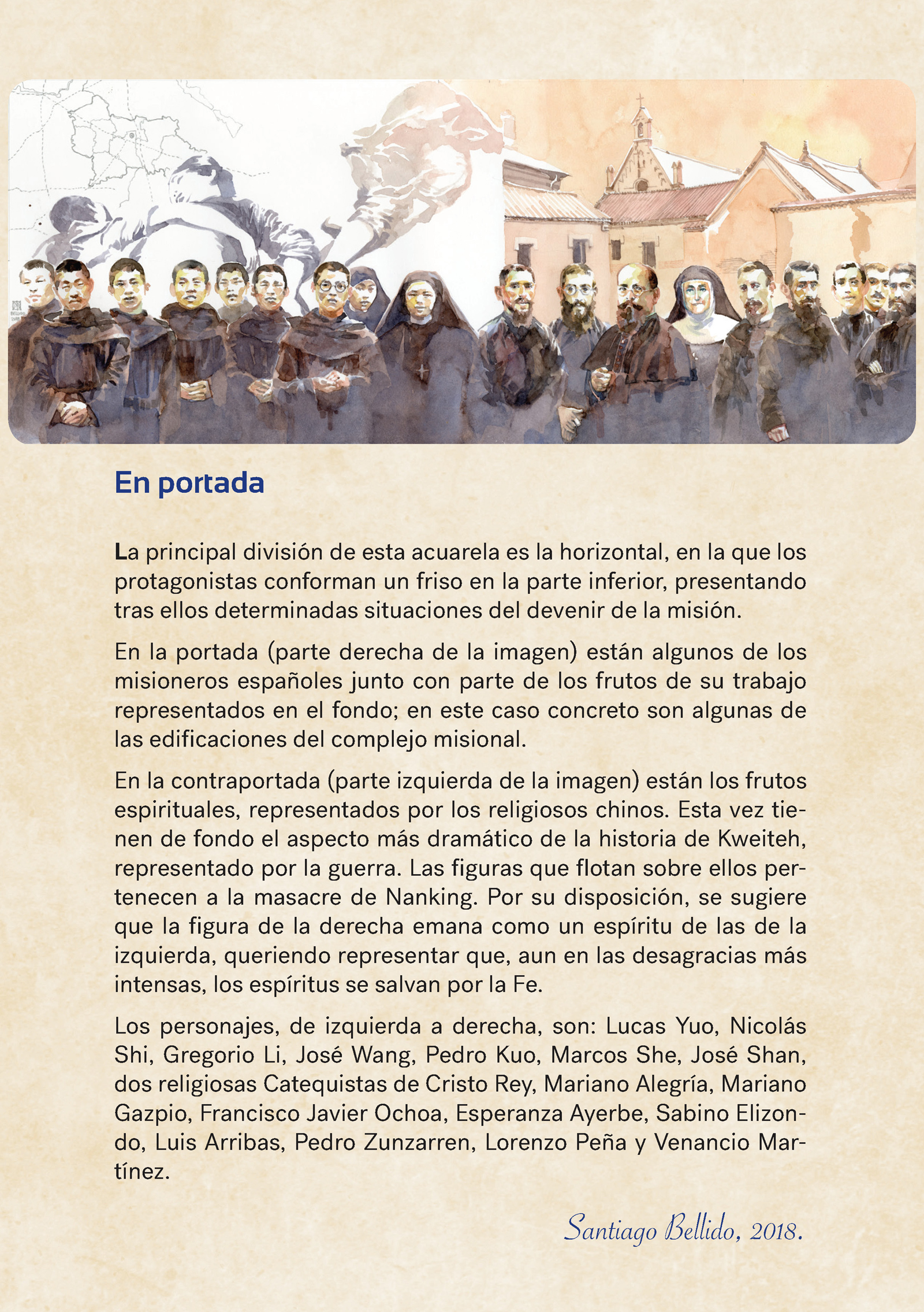 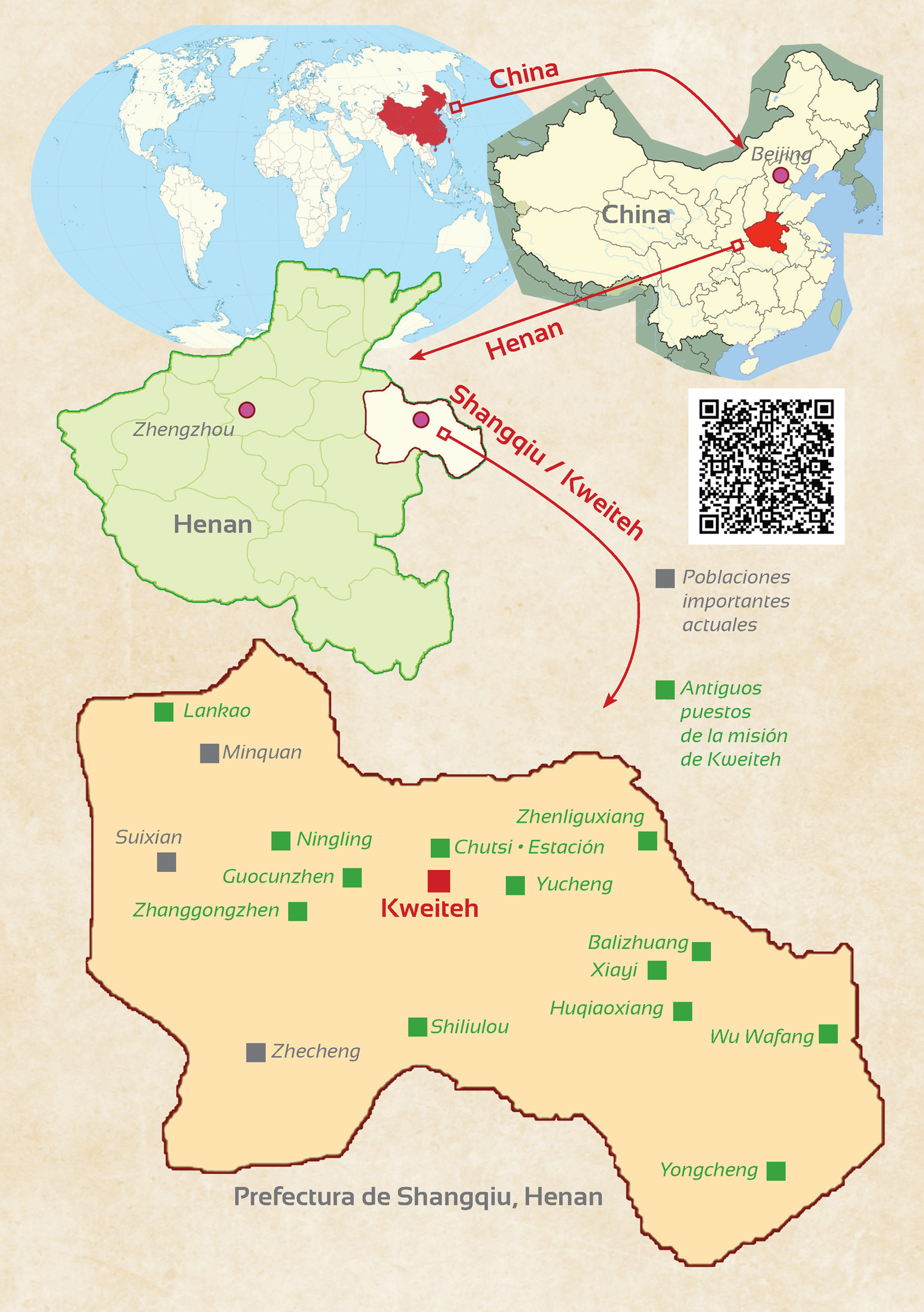 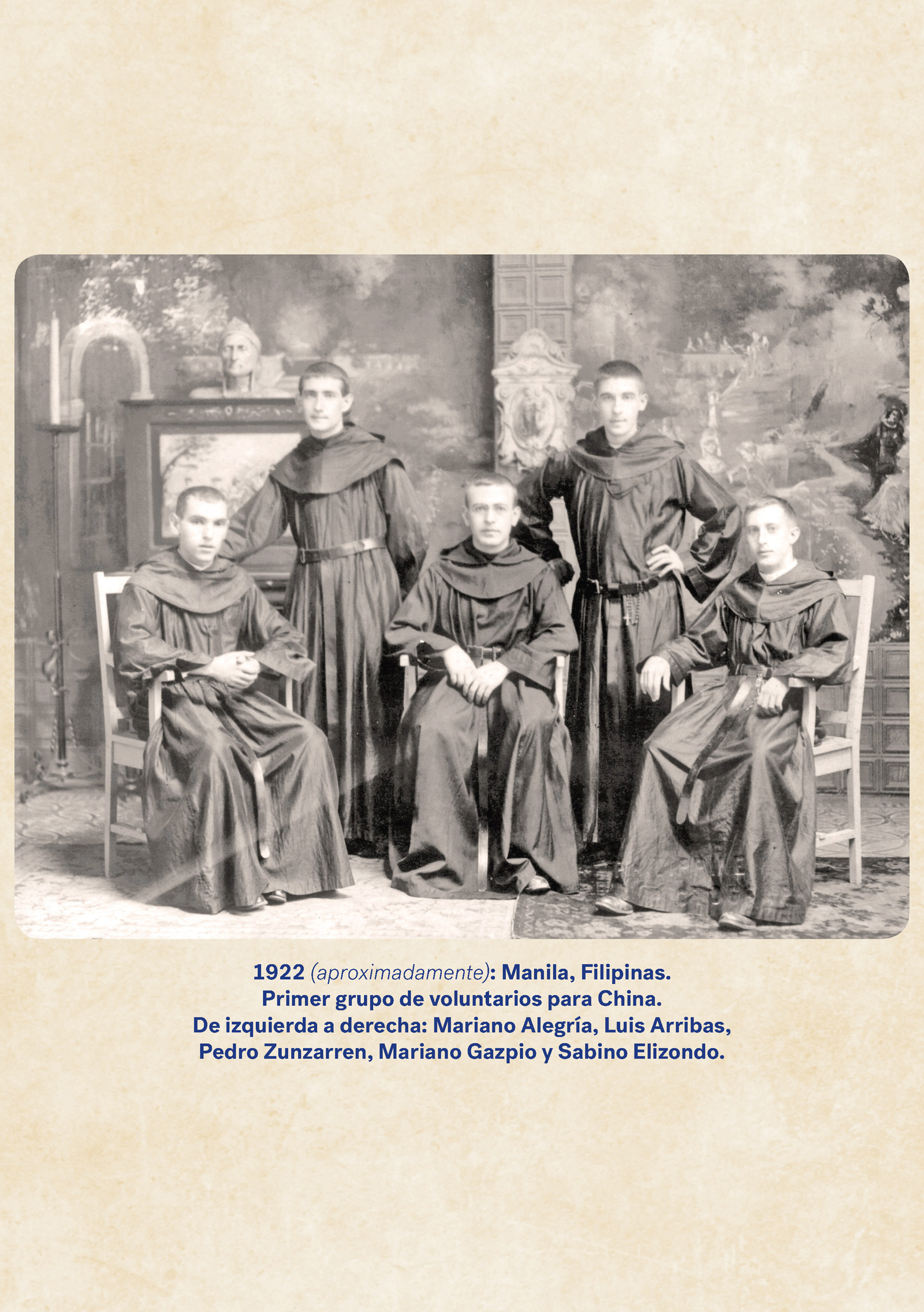 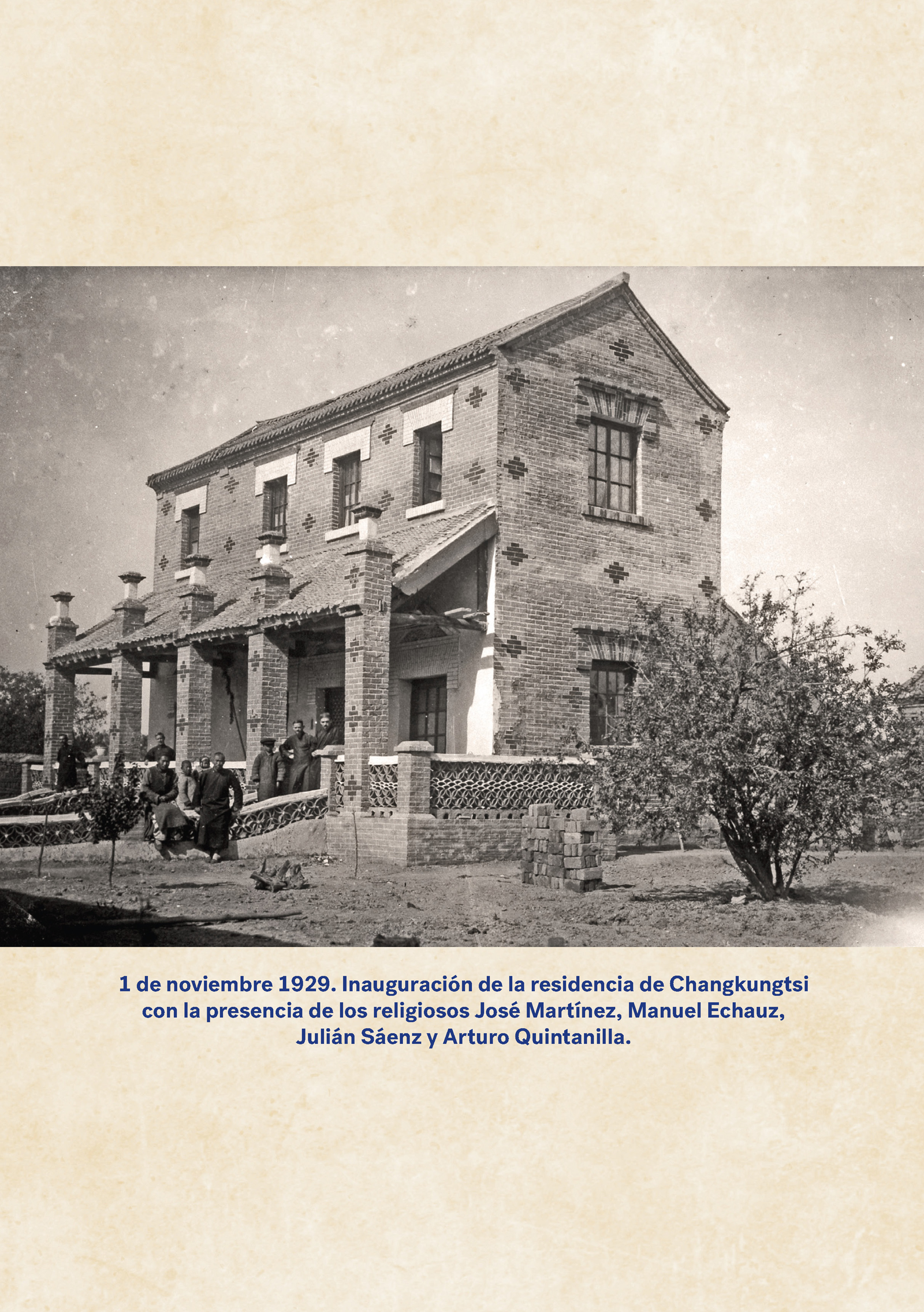 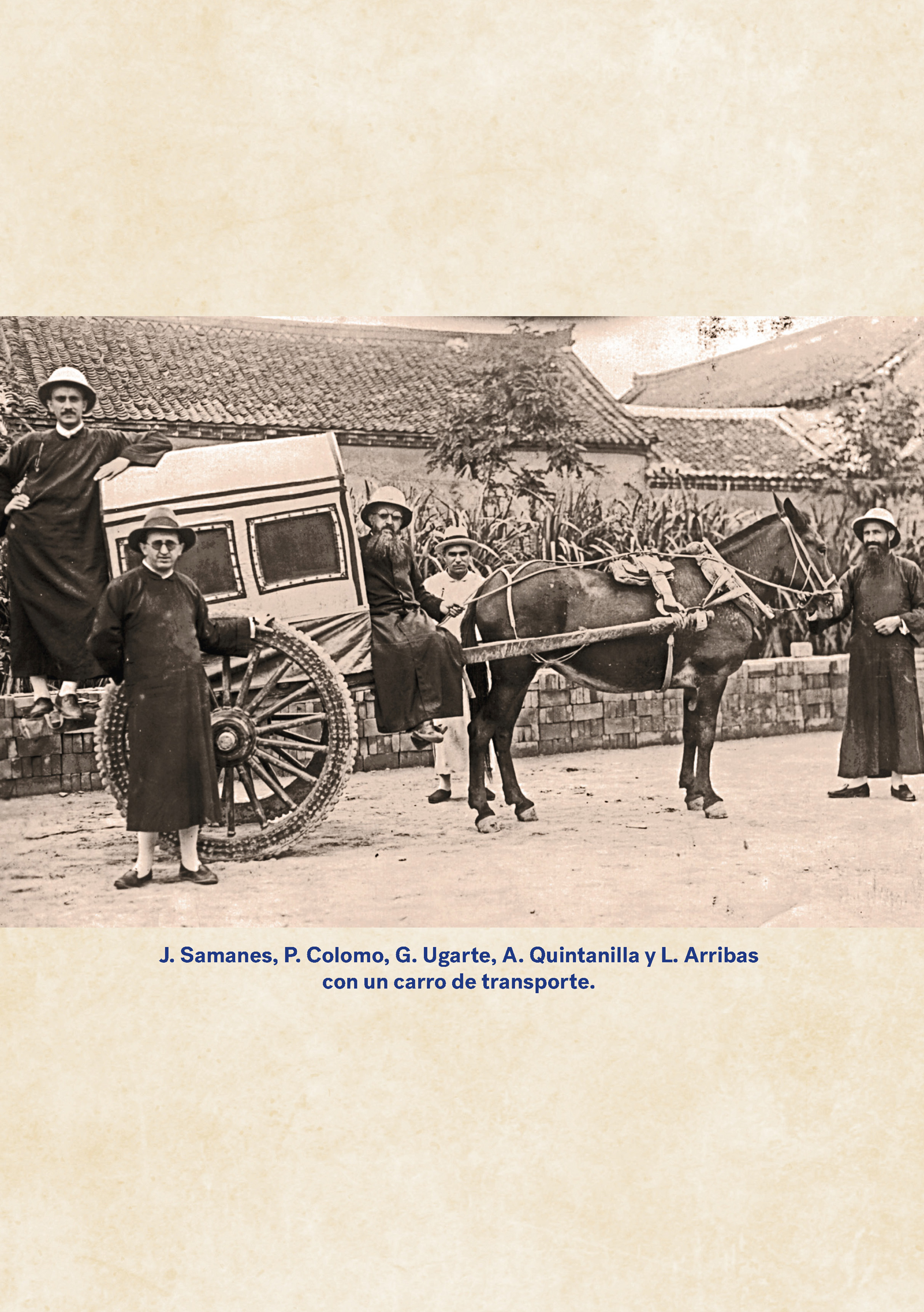 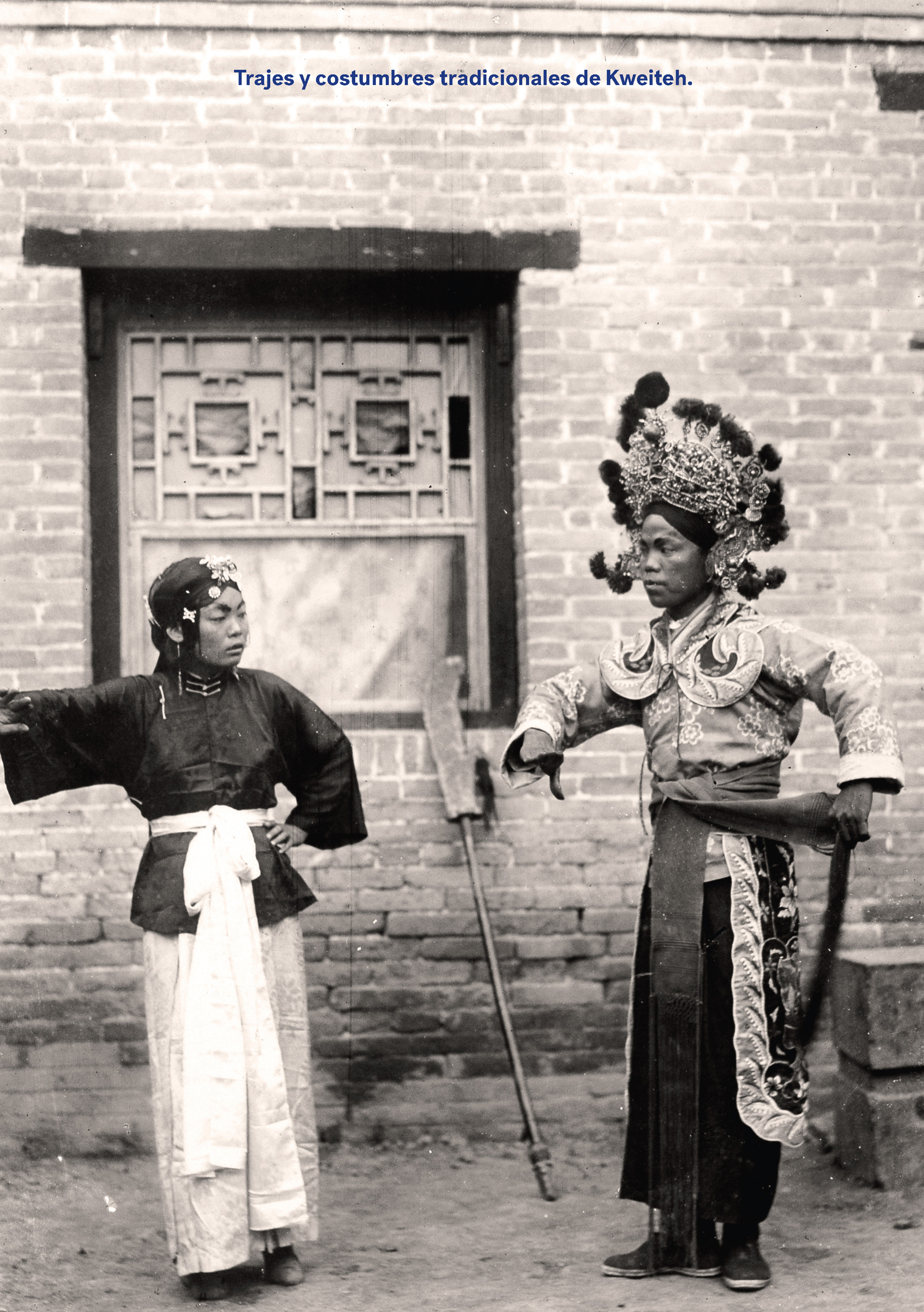 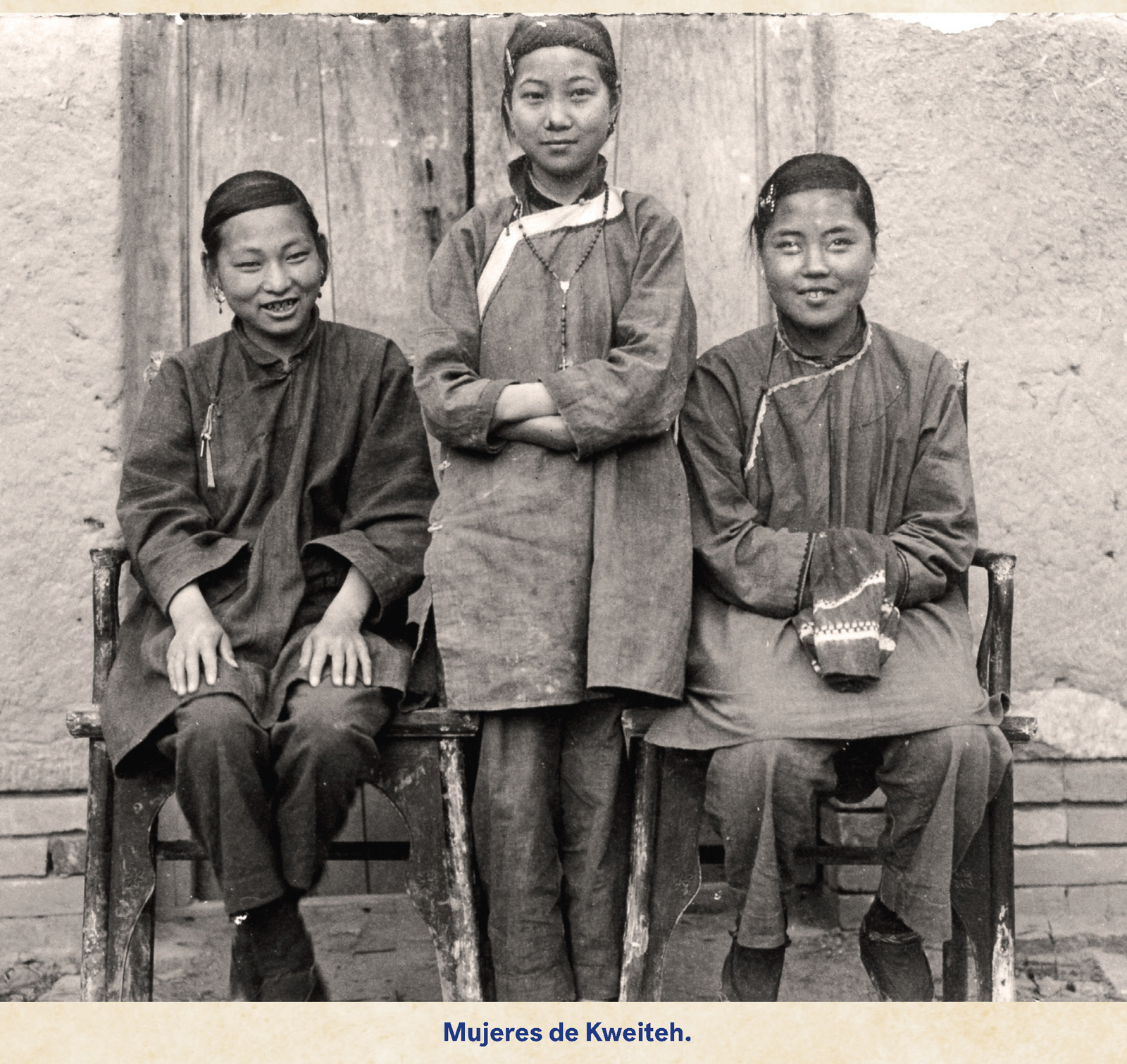 In the context of the celebration of the 4th Centenary of the Province of St. Nicholas of Tolentine, we dedícate the month of November to the contributions of the missionary work done by the religious of the Province in the world of culture. One of the most successful models of inculturation in these past four centuries of the Province’s history was the one experienced by the Recollect missionaries in Kweiteh (Henan, China) between 1924 and 1952. Its consequences were immensely rich both for the religious and the locals.

This mission could not continue due to a complicated, violent era full of national and international wars. Then came the impositions of a Popular Republic government that ordered all the missionaries to leave the nation. A process of reeducating nationals started immediately, including the Chinese Recollect friars. All this happened as church buildings were being locked and confiscated by the government, together with other properties such as rectories, convents, and schools. But these conditions did not extinguish the mission ultimately, which rose from the ashes some thirty years later.

When the friars reached Chinese territory in 1924 from the Province’s main quarters in the Philippines, the Recollects understood that their dedication to evangelizing included a challenging process to learn about, appreciate and assimilate a whole different culture.

Romero analyzes this difficult mission, especially with the added requirement of adapting to a different and unknown to the rest of the world culture. The language was another challenge for the Spanish missionaries.

The missionaries knew they had to evangelize and to reach such a goal; they had to adapt to the reality of the people awaiting them. They would have to learn to see the world and life the way they see it, their logic in thinking, feeling, and believing. And the missionaries eventually were successful at this to the point of loving their service as missionaries, and in return being appreciated by the locals and even having some of them wanting to be Recollects themselves. They were able to penetrate the Chinese soul and enamor it with the Good News of Christ in ways they clearly understood. Romero highlights the process in different points:

The critical immersion, assimilation, and discernment of the local idiosyncrasy and its constants of behavior in public and private spheres and religious, social, and economic values.

Careful and specialized attention is given to education, where culture is gestated and disseminated. As soon as circumstances permitted, the missionaries offered various education services to the people.

These five theoretical points were translated into efficient apparent signs of the success of this inculturation in that rural and isolated society to which any external influence had never reached it being far from Hong Kong, Shanghai, Canton, Beijing, or Macau.

Thus, the Spanish missionaries created a School of Catechists, an orphanage for abandoned girls, a local Congregationof religious, a  seminary for local vocations, a  magazine to inform about the mission and encourage generous people from other parts of the world to support the different projects within the mission.

When the misión was closed by authorities, there were 22 religious sisters and 17 Chinese religious. If it weren’t for the inculturation of the friars, this would not have been possible.

The social-educational-cultural action of the missionaries sought the promotion of the people they served, and theevangelizing work was based on announcing Christ as  Savior and the personal witness given with the way the friars lived the commandment of love for God and neighbor.

Once the missionaries knew in depth the local idiosyncrasy, they worked to eliminate those elements that opposed human or evangelical values, such as the custom of abandoning female babies at birth.

One of the missionaries in China wrote:

«Each culture has its customs, its art, its civilization, which must be respected; and nowhere but in China, which boasts of being so ancient, must the missionary do everything possible to save everything.».

OUTLINE OF THE ARTICLE AND LINK TO READ IT

1) Cultural peculiarity of the Chinese people

2) Religious dimension of the Chinese people

enlarge
And what do you think about this?
Tags
The last
50 years of walking together, creating community and sharing the Augustinian Recollect charism
Twelve new Augustinian Recollect religious after the completion of the 2021-2022 novitiate in Monteagudo, Navarra, Spain
The Low-Rider Bishop, Alphonse Gallegos
The five pre-novices of the Province arrive in Spain and live together for a month of acclimatization and inculturation prior to the start of the novitiate
Cleusa and the martyrs of the Amazon, honored in the VII Pilgrimage of the Martyrs in São Félix de Araguaia
And what do you think about this?