30th Sunday in Ordinary Time (B) 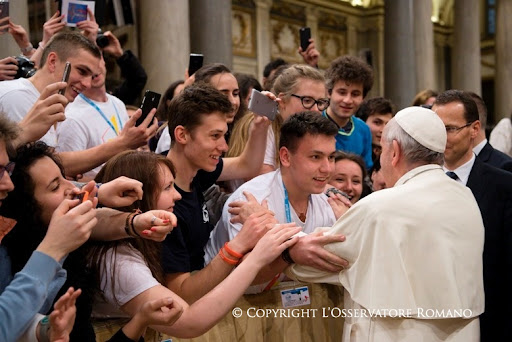 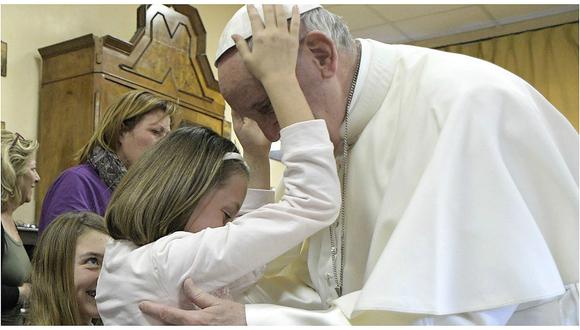 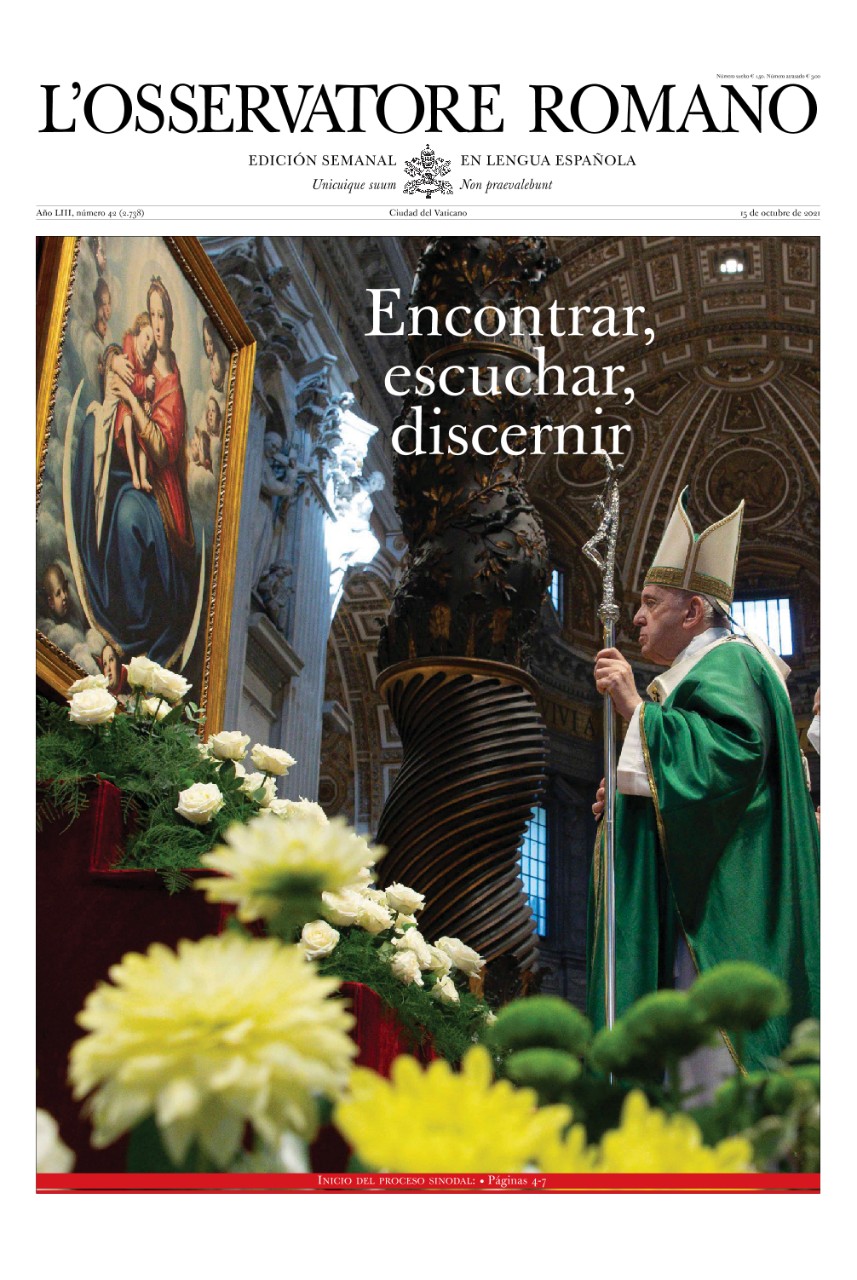 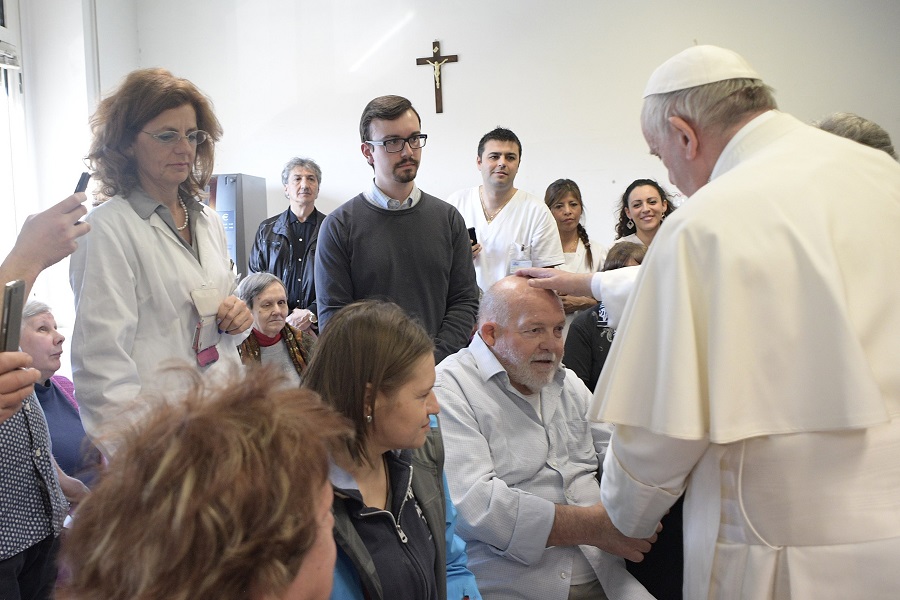 In today’s Gospel we encounter not a whole people in great need, but a single person. Bartimaeus was a blind young man. The evangelist gives us his name doubtless because he went on to become a Christian and was known by the Christian community. He had heard of the famous Miracle Worker and when told he was right here in Jericho, Bartimaeus suddenly decided to call out for Jesus to work one more miracle here for him. When the crowd grew louder, meaning Jesus was very near, Bartimaeus out-shouted them with eight well-chosen words: Jesus, Son of David, have pity on me.

It was this forceful prayer which reached the ears of the Lord, causing hymn to stop and ask the bystanders to bring to him the man who prayed that beautiful faith-filled prayer. The blind man does not call Jesus by that name; he rather makes a profession of faith by proclaiming Jesus’ messianic quality as Son of David. This phrase was the most flattering phrase he could use; in the Jewish tradition, a descendant of David would be the Messiah. By this title he is probably expressing an opinion that was felt though not expressed by the people. Yet many people want to shut up the blind man, first because his cries annoy them, and then, perhaps, because this title applied to Jesus may cause complications.

By such profession of faith Bartimaeus proclaims that he has faith in the healing power of Jesus, thereby implying that God himself was at work in Jesus. Such faith was enough for Jesus to grant the miracle that would confirm and strengthen that faith. The title the blind man gives Jesus indicates that he, a blind beggar, actually sees who Jesus is more clearly than the disciples and crowd who have been with him all along. He had no sight, but he had plenty of insight. What is interesting about the blind Bartimaeus is that he does not know that he really sees more clarly in his blindness than the disciples and the crowd in the light of day. He shouts Son of David to Jesus, but then he asks to see. He does not realize that he believes.

The splendid faith of the blind man stands out clearly in the entire account of the episode. Bartimaeus, in fact, does not claim any right to be granted the miracle he asks for; he wants to be shown compassion. He knows that Jesus has the power to grant him his eyesight. But he had to overcome the resistance of the crowds who ordered him to shut up; he shouted all the louder for he was confident that Jesus not only could but he also would do something for him.

It is the faith of Bartimaeus, Jesus says, that has gained him his healing. Moreover, the Greek word for healing means also salvation. The evangelist wants us to understand that Bartimaeus not only received his physical sight but he received his sight and followed him on his way. The encounter on the way outside Jericho had changed Bartimaeus’ life. He had gone there looking for money. He found not only the restoration of his physical sight, but the spiritual vision as well, the insight to recognize Jesus and see that following him was the best thing he could do with his life.

We could make the words of Bartimaeus our own prayer for entreating Jesus to relieve our sufferings with his healing blessings. Try the prayer if you are blind to your faults, have lost your way through life or have no hope for a glorious future. Pray those words if you have spiritual blindness and can’t accept others or find any good in them. Pray with courage and shout twice if you must, even if others tell you to be quiet! For today Jesus is asking us the same question he asked the blind beggar Bartimaeus, What do you want me to do for you? Our answer should also be the same: We want to see! We want to see Jesus... in the people we live with, work with, play with, and pray with. We also want to see Jesus in the bread and the wine we offer at this Holy Eucharist... And then we’ll be more willing to imitate the ex-blind man Bartimaeus, who started to follow Jesus up the road.

enlarge
And what do you think about this?
Tags
The last
A complete weekend at Our Lady of Mount Carmel Parish
"Always in Mission": A newly printed history of the Province of St. Nicholas was presented within this year of its 4th Centenary (1621-2021).
The Romareda School concludes the Augustinian week with the visit of "four special friends: Agustín, Mónica, Alipio and Posidio"
The Augustinian Recollect, Santiago Sanchez, Bishop of Labrea, Amazonas, Brazil visits Romareda School
Augustinian Recollects in China: An inculturation which was accelerated, successful, and positively practical for the religious and for the locals.
And what do you think about this?