The Augustinian Recollects serve in Holy Family and St. Augustine Parishes of this municipality located in Hudson county, across from Manhattan. After the stoppages caused by the pandemic, in this 2021 they have returned to celebrate some of their meetings that in other times were multitudinous. 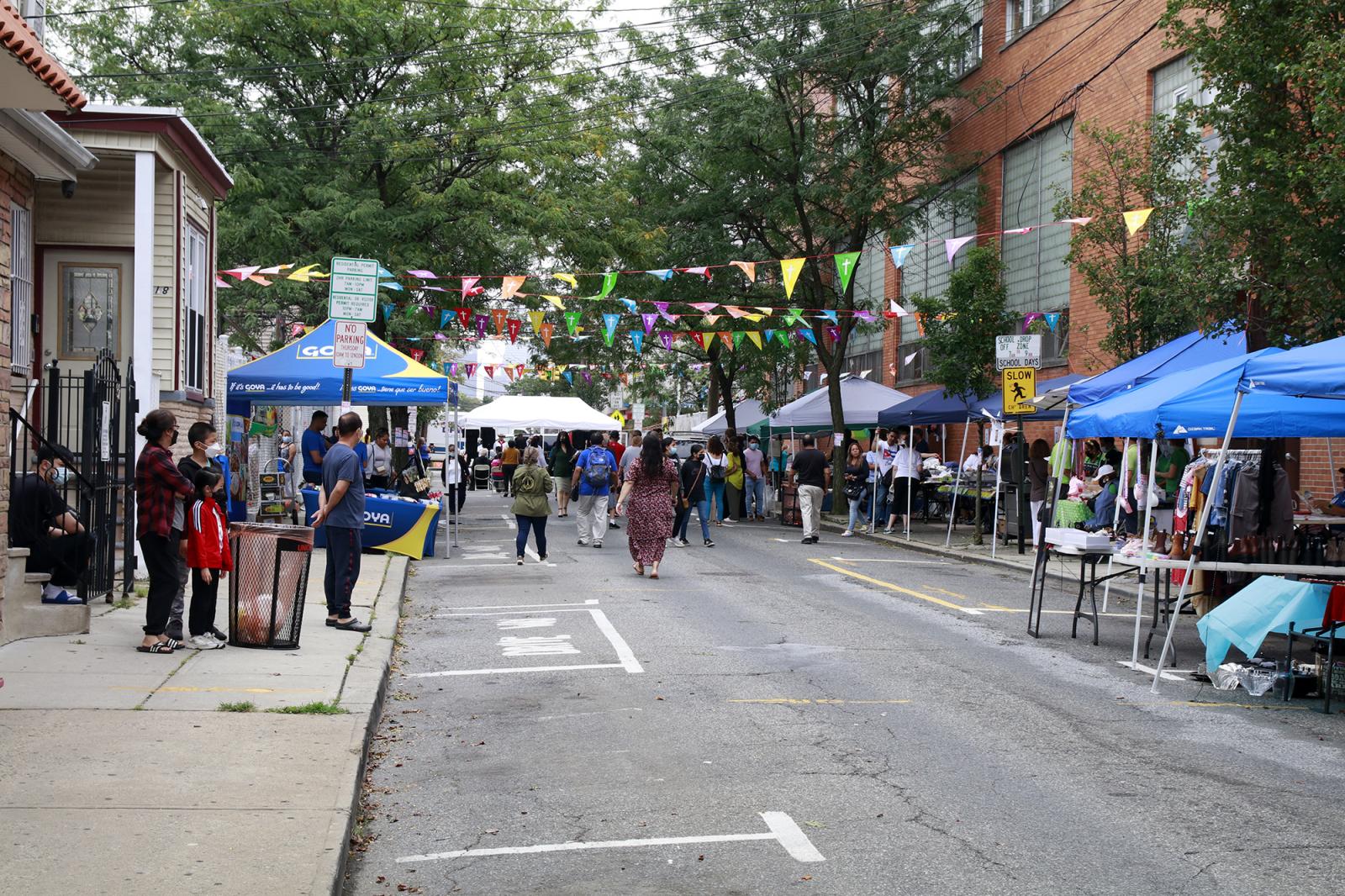 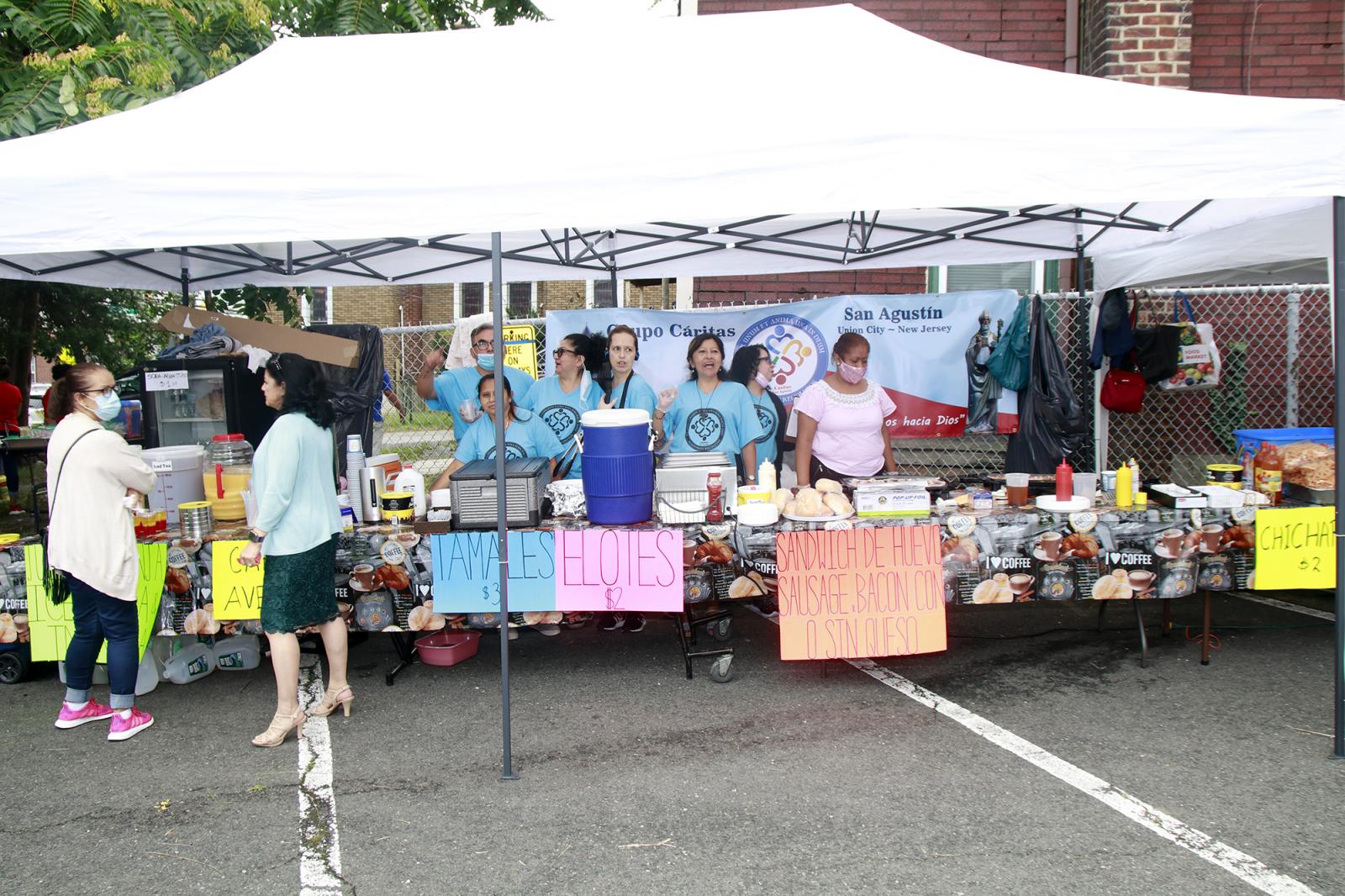 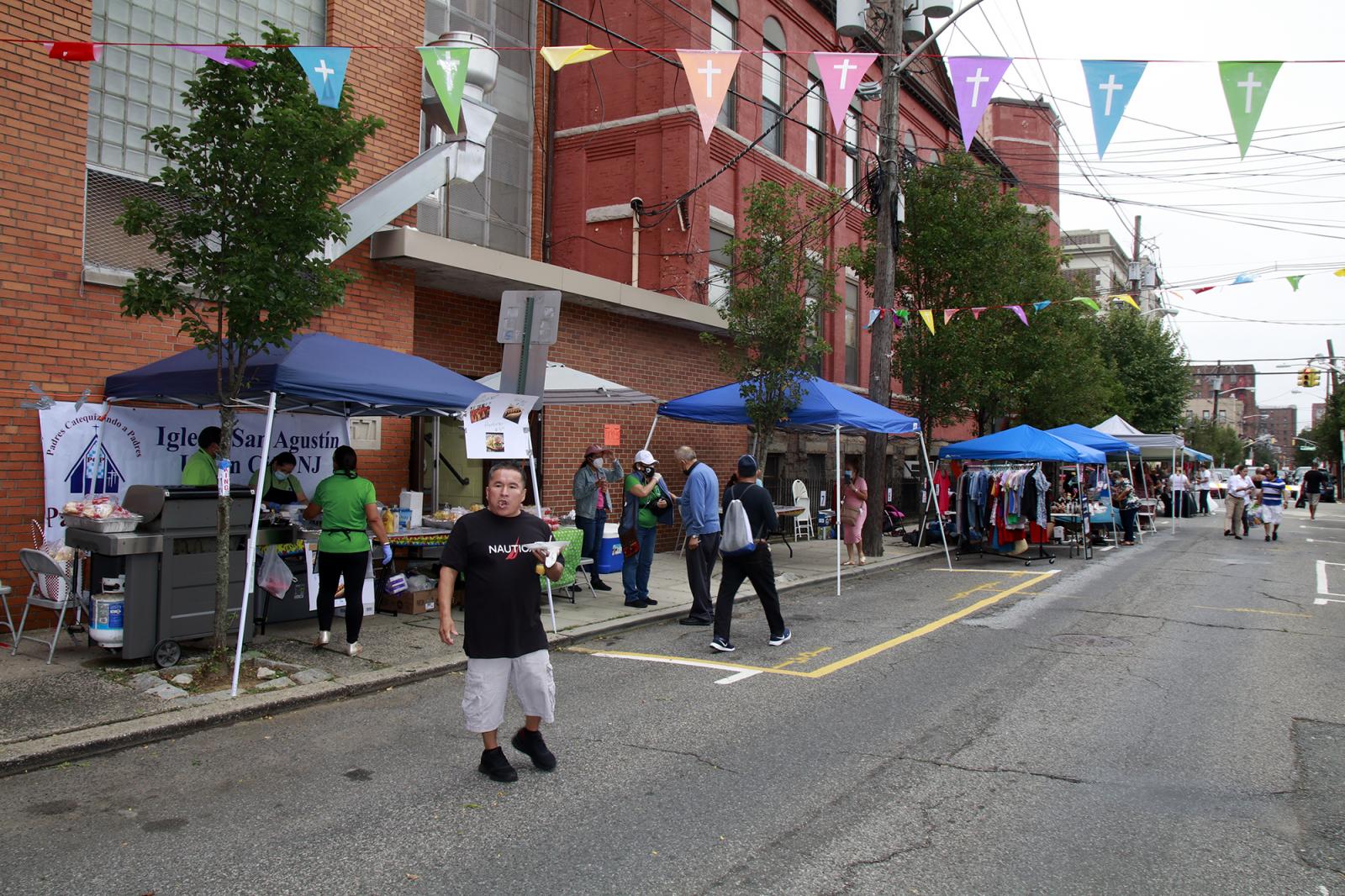 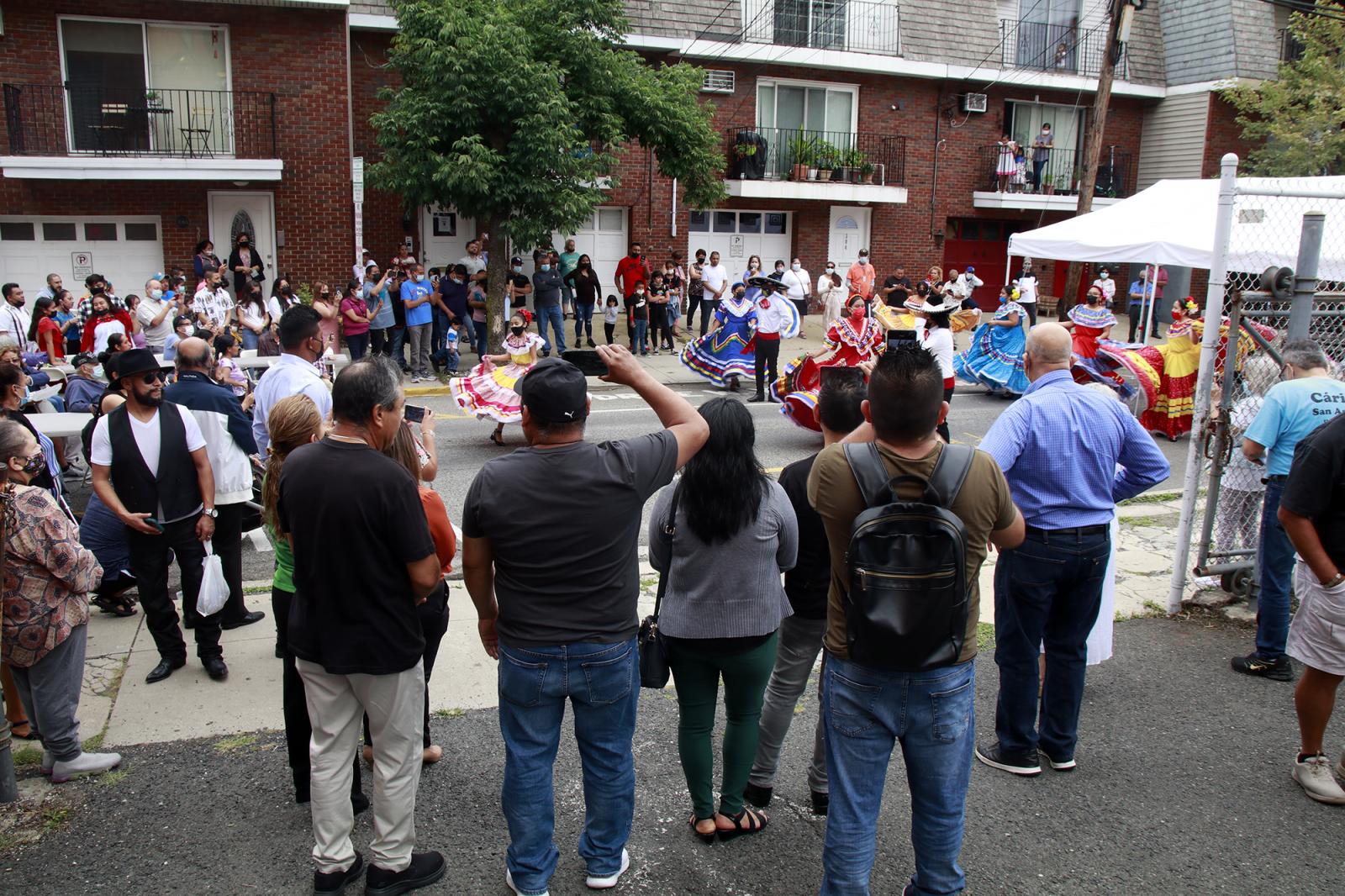 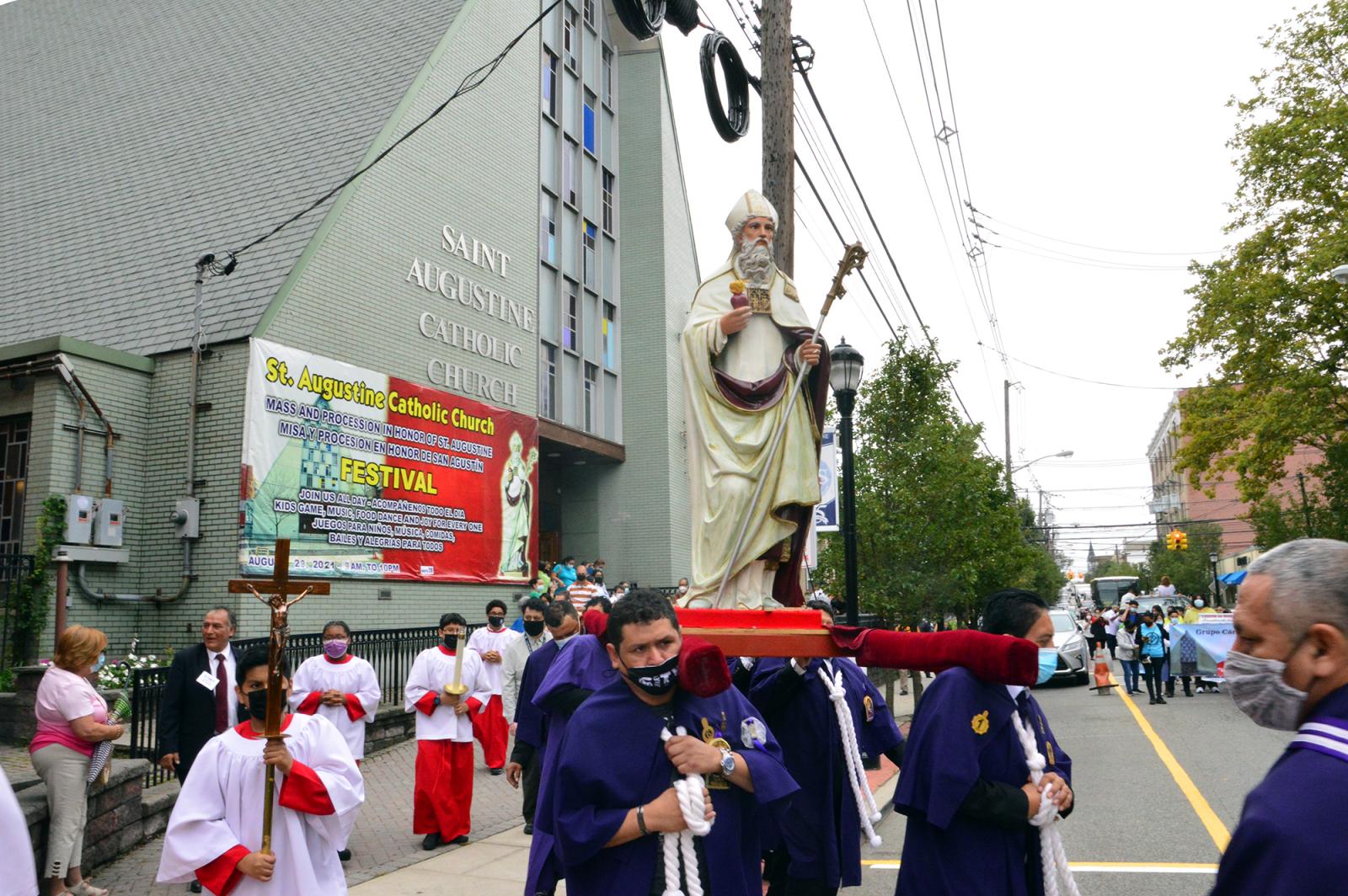 The pandemic disrupted the plans and projects of the life of parishes around the world, especially in relation to the patron saint festivities, festivals and any type of event that previously filled the streets and temples with great attendance.

During the year 2020 the two parishes in which the Augustinian Recollects serve in Union City, New Jersey (Hudson County, just under 70,000 inhabitants), St. Augustine and Holy Family (Holy Family), were closed to all public events and events.

In this year 2021 we have tried to return to normal. The Parish of Saint Augustine celebrated on August 29, with great participation of people, and the intense collaboration of the parishioners, its festival on the occasion of the parish patron.

The main Eucharist was presided over by the Benedictine Asiel Rodríguez, monk of the Abbey of Newark, in became to be his first Mass in his parish of origin. Asiel, in addition, had studied with the Augustinian Recollects in Spain and is well known by the Recollect community and by the faithful of the Parish.

After the Eucharist there was a procession with the statue of St. Augustine through the streets adjacent to the parish complex (temple, parish school and rectory). The streets were once again celebrating the patron saint of Catholics in this area, although not exactly as before the pandemic, at least bordering on normality.

The Parish of Holy Family,for its part, celebrated every year an International Festival with the intention of uniting the parish community more by making known to each other their own cultures of origin and creating with this excuse bonds of friendship and mutual collaboration.

On September 19, the 23rd edition of this Festival took place, after it lost continuity in 2020. The space prepared for the occasion was the courtyard located between the parish church and the rectory, a smaller space than before the pandemic.

The feast began at the Eucharist at 10:30 in the morning, with an entrance procession that included the flags of all the countries represented in the parish community reaching the presbytery.

Union City Mayor Brian Stackwas present representing the local society. The parish priest, the Augustinian Recollect John Docherty, presided over the Eucharist and in the homily encouraged the faithful to collaborate so that this festival, already a tradition in the city, joins the different nationalities and their cultural expressions in a single family.

Being in a more collected space than before, the festival invited a certain physical, spiritual and friendship closeness between the participants. Folk groups, singers, mariachis encouraged attendees to value the rich Hispanic culture.

At the end of the day the parishioners who collaborated in the organization were tired of preparing and serving meals, but happy that with so little time to prepare it, one more year the tradition of this International Festival could have been maintained.