Crescencio Cabanillas celebrated the 50th anniversary of his priestly ordination in the Parish of Our Lady of El Carmen, Alajuela, Costa Rica on June 29, the same day he received the priesthood with thirteen other companions in Marcilla, Navarre, Spain in 1971 from the hands of Augustinian Recollect Monsignor Francisco Javier Ochoa. 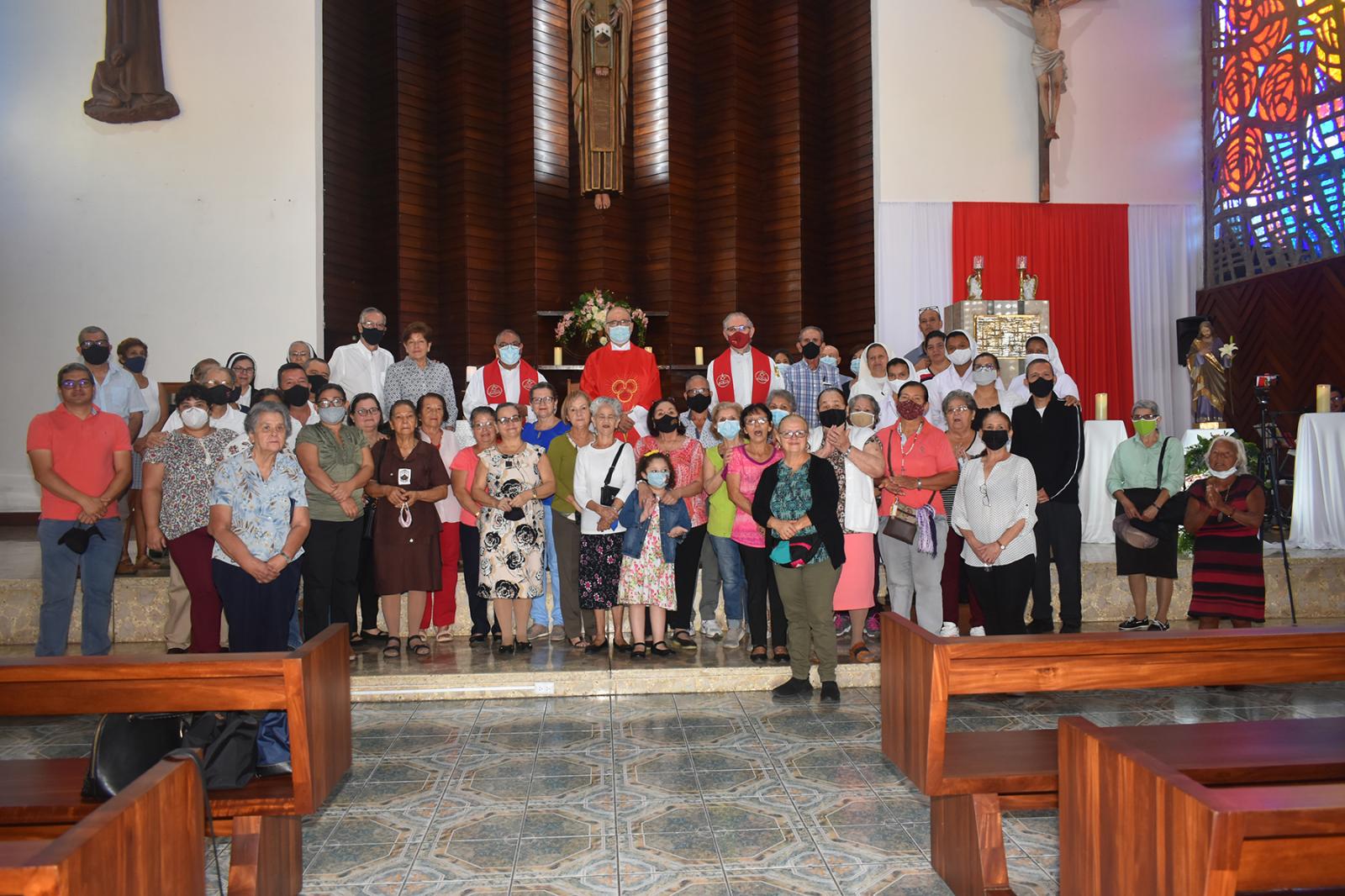 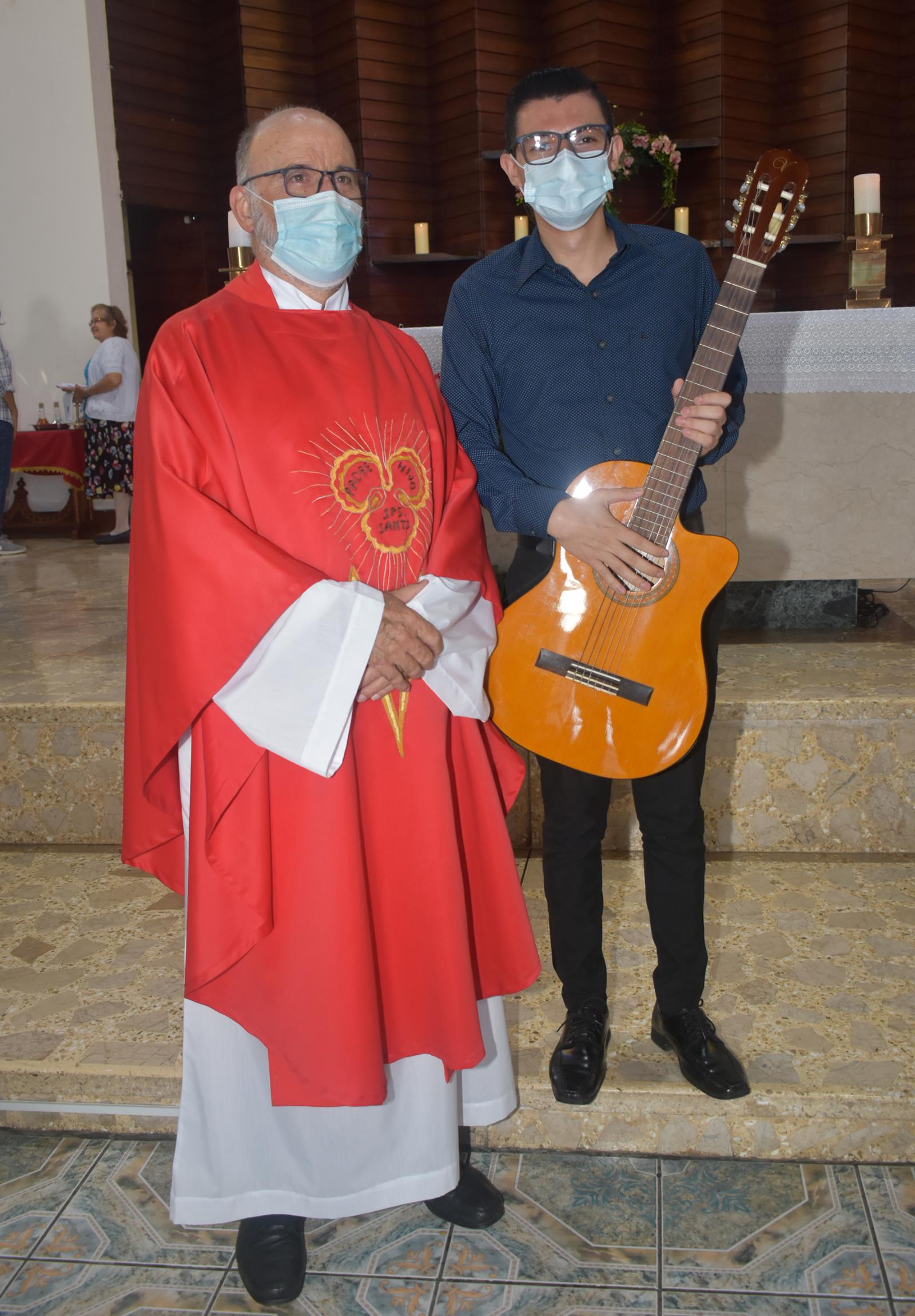 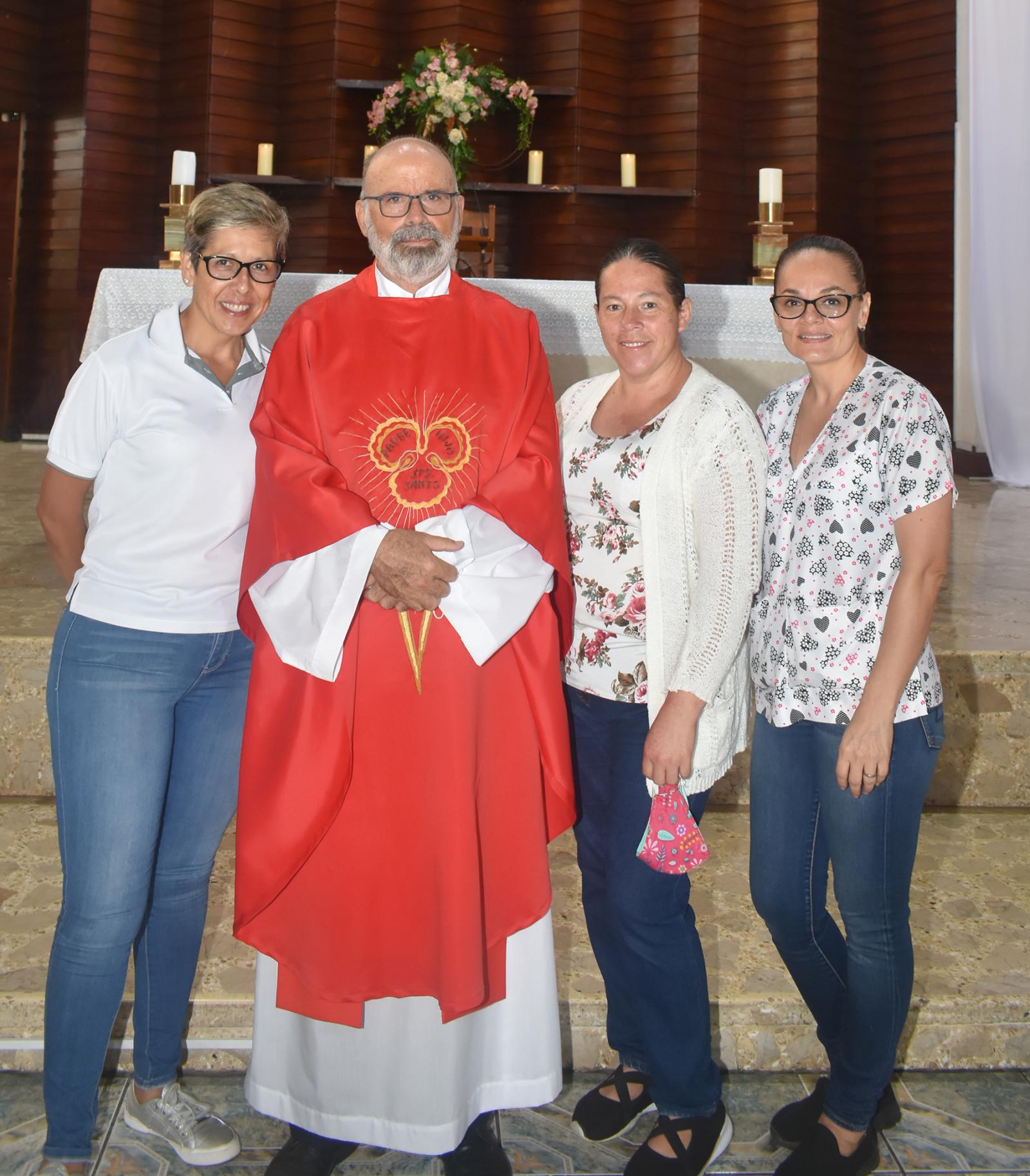 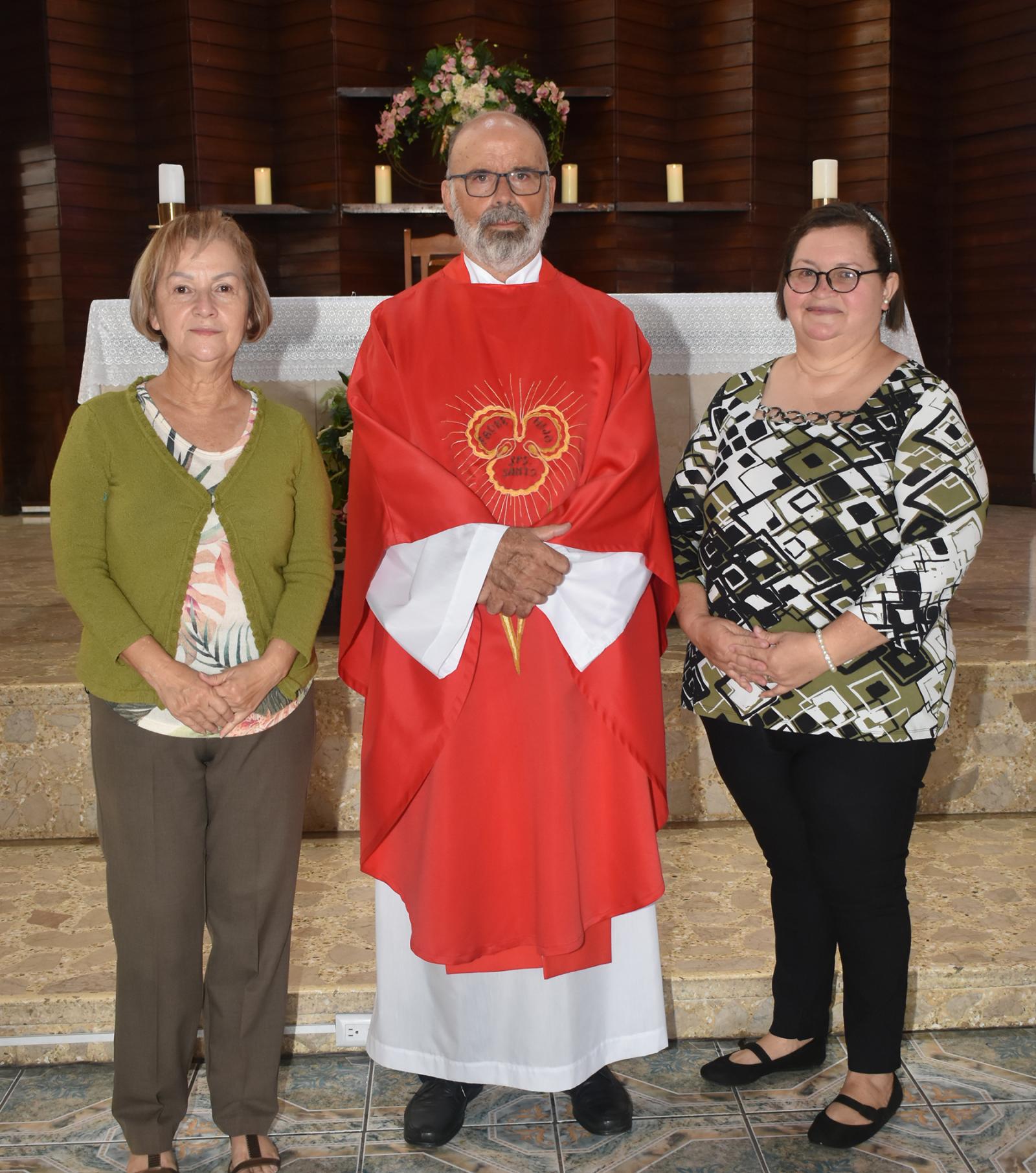 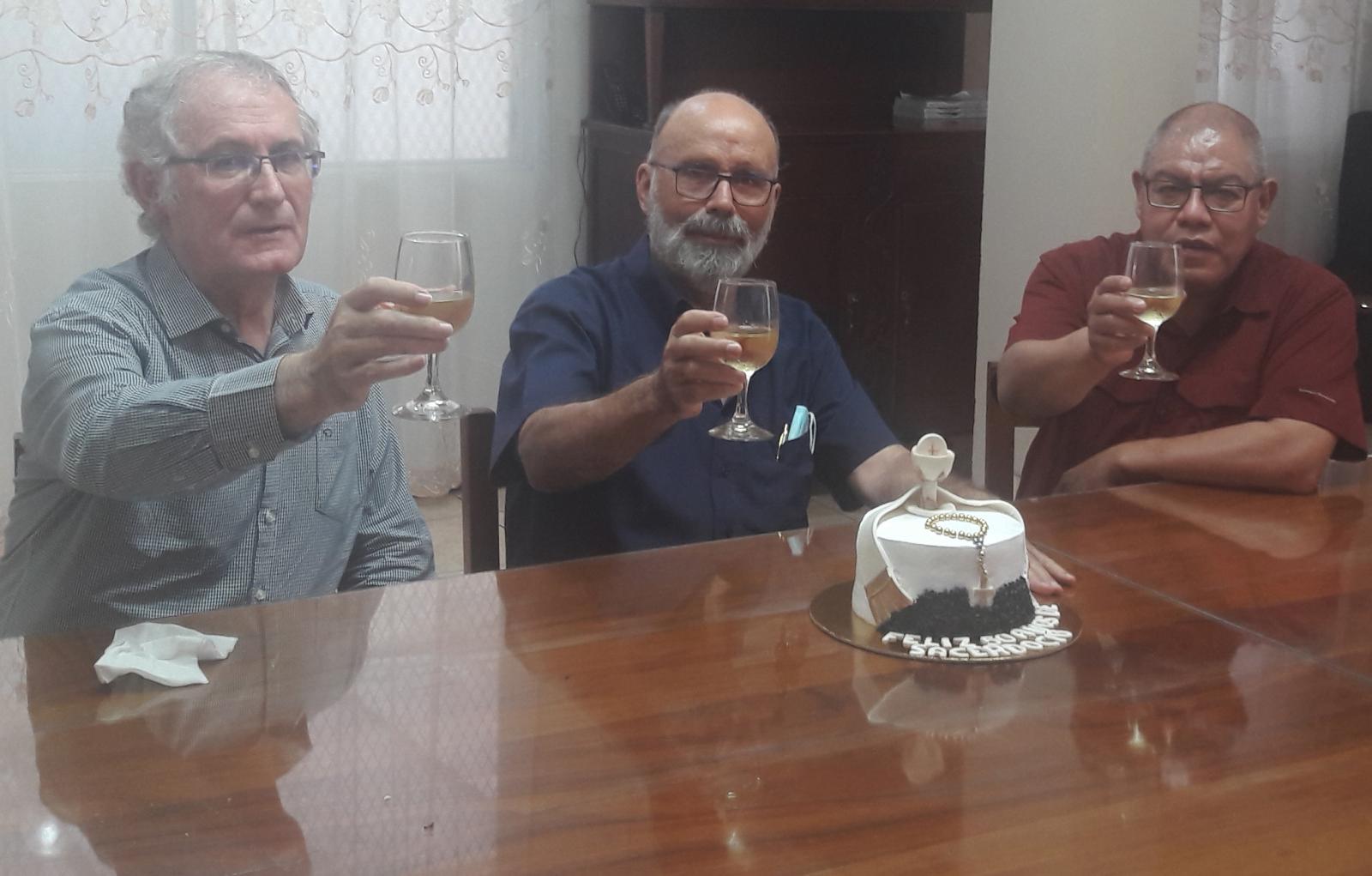 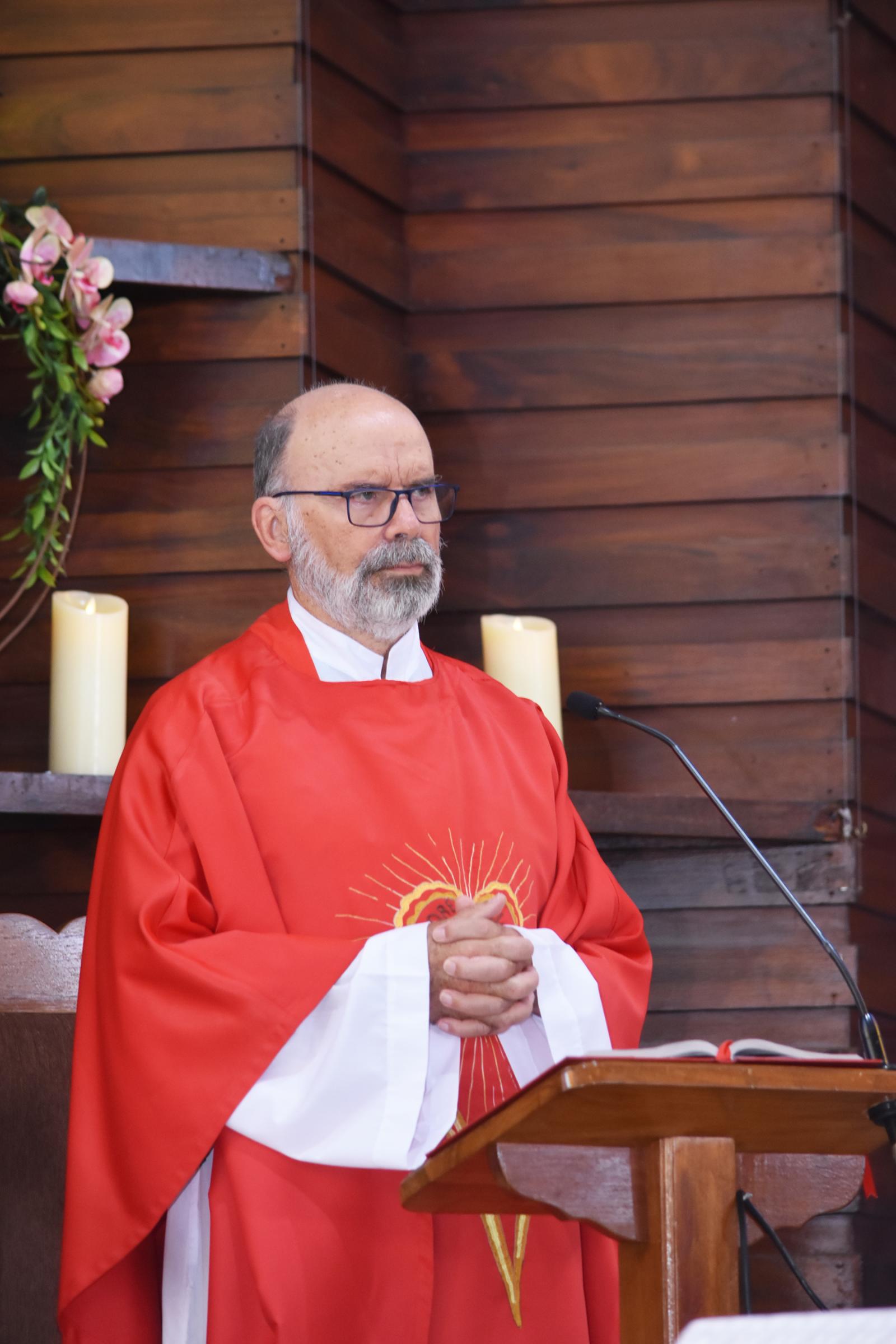 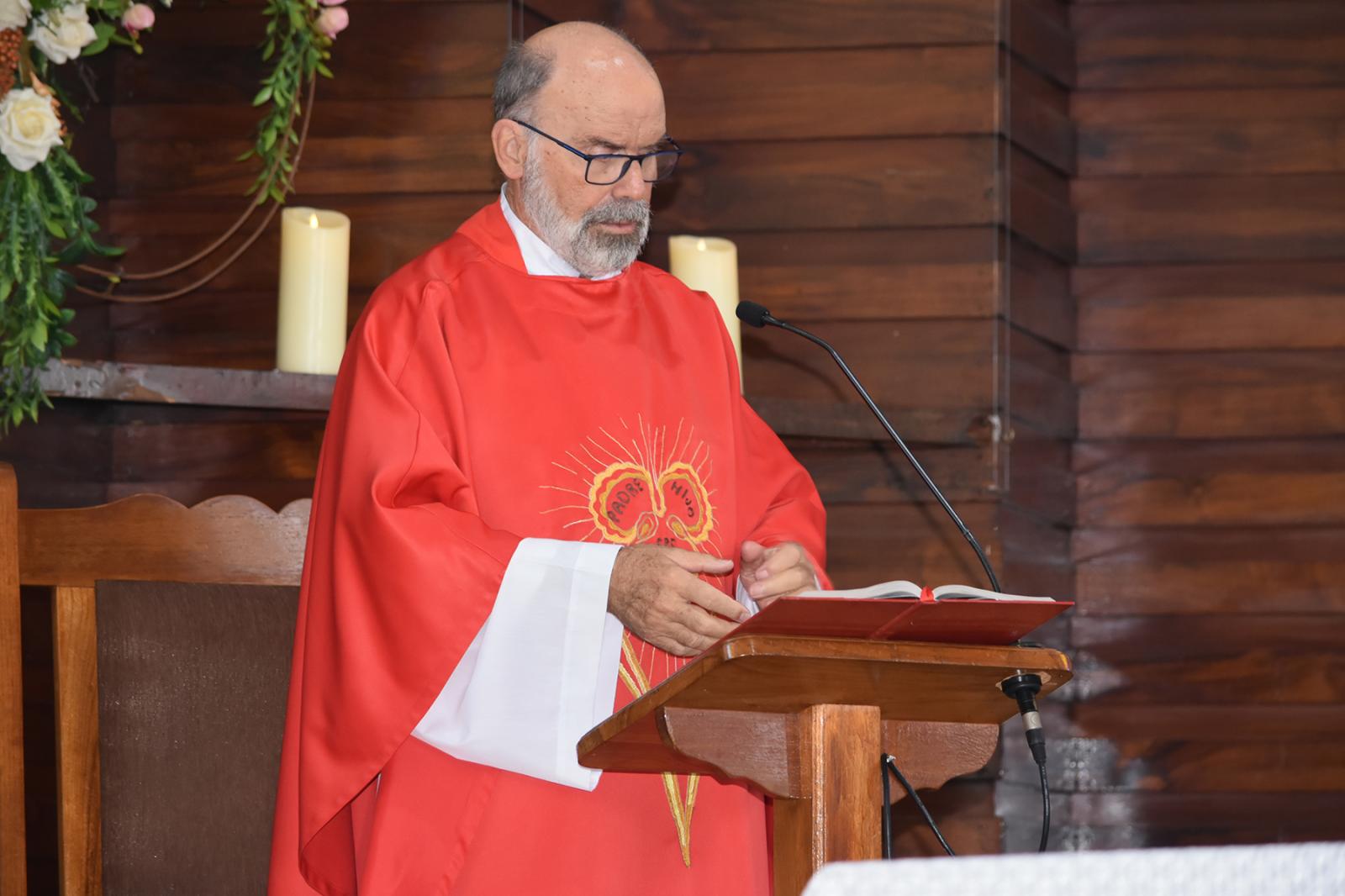 June 29, the feast of St. Peter and St. Paul, was a date that neither the Parish of Carmen de Alajuela nor the community of Augustinian Recollects  could overlook. A priest, who has been serving the Parish for many years, celebrated the  priestly golden weddings. For this, as the main act of the date, the same Crescencio Cabanillas Anadija  presided over the Eucharistic celebration at 19.00 hours, accompanied by the religious of the community Bernardo Cerda and Gabriel Coronel.  A large group of faithful from the Parish itself and the chaplainries of Montecillos and San Gregorio, and two communities of nuns participated in the celebration.

To set the scene for the event, a photographic presentation was made that collected important moments of the honoree's life, but what caught the most attention was his homily in which he poured some of his experiences.

A listener picks up some of his words and introduces his commentary:

"Friar Crescencio, with his simplicity and timidity, led an emotional homily in celebration of his ordination.

Making an exaltation of our faith and our Church, he reminded the parishioners that the two holy apostles are the pillars where our faith is based, who spread it at the beginning of the Christian era, and to whom Jesus entrusts his Church: Peter as a stone and Paul as a great diffuser of the faith, oversaw spreading it throughout the Mediterranean. He emphasized that  Peter and Paul lived the memory of Jesus. That's how we try to do it.

Friar Crescencio resorts to the water contained in a winemaker, showing it in his hands and indicates that said water refreshes, cleanses, purifies, heals, gives life.

It says that Jesus entrusts it to Peter to preserve his doctrine, and his doctrine is living water, which gives life; to maintain his qualities, thus making a metaphor for water with the word of the Lord.

The water adapts to the one who receives it, who shows to appreciate that the important thing is the gift of God that each one carries. Water of Jesus that adapts to each different situation.

Indeed, God's grace adapts to all times and all cultures as does water, as it is poured, takes the form of the vessel that receives it.

It is the life we have to take care of not only those who are celebrating, but all!

That is what those of us who remember its anniversary become aware of: the capacity of adaptation of the living water, of the word of God, because that is the power and quality that it has. The Word prevails over the centuries because it has been able to adapt to changes.

You always must have a winemaker, bigger or smaller. It's not that. It is about keeping the water with its qualities, since there are no cartabones, nor perfect shapes, and you will have to take care of its essence. The important thing is not the winemaker, but the water that gives life, the doctrine of Jesus.

There are different cultures, different ways... The preaching of Jesus is adapted to the situation and it is about maintaining the presence of God who gives life, that men and women leave behind life, which is found in the Word of God. May the effort of those celebrating this anniversary to manifest the life of God transcend.

50 years ago, he recalls, I was ordained a priest and (with a little drowning in my voice), he says it would be good and that the Lord could be asked for a second chance to remedy some detail and improve. But God has decided not to. Well, it will be.

He hopes that, during that religious life he has lived, someone has felt that God is closer to him (or her), because he has heard the word of God, because something he has heard from his mouth and lips, touched him, being the transmitter of that good news; that someone, the water, that is, the doctrine of Jesus, has served to be happier in his life, even if it has been a single moment.

So he showed with these words not only that he is a simple man but also humble.

We prayed in community, and it allowed us to join his life of giving. Together we sang "Las Mañanitas" and other melodies that celebrate anniversaries, there were congratulations, applause, joy in the brother with those who walk in this century-old church of Alajuela."