St. Joseph's Year: "Who would dare deny that St Joseph deserves to be honored in a special way?" (2/9)

Fray Mariano Gazpio Ezcurra (Puente la Reina, Navarra, Spain, 1899 – Pamplona, Navarra, Spain 1989), Augustinus recoleto, was one of the founders of the first community of this Order in China, where he spent almost thirty years. Then he was a trainer and spiritual director. Even in his initial training phase, he wrote this article about St Joseph. 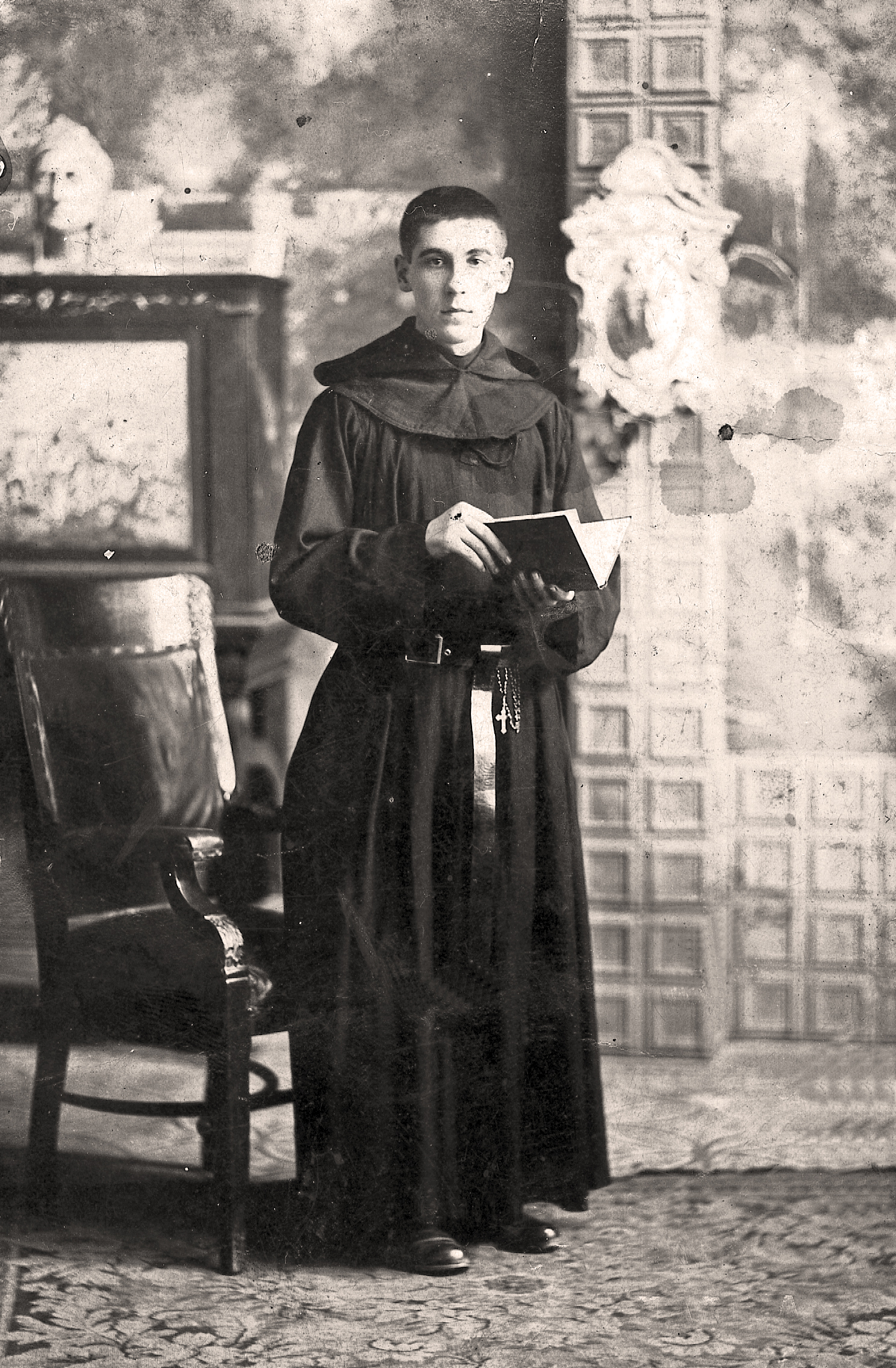 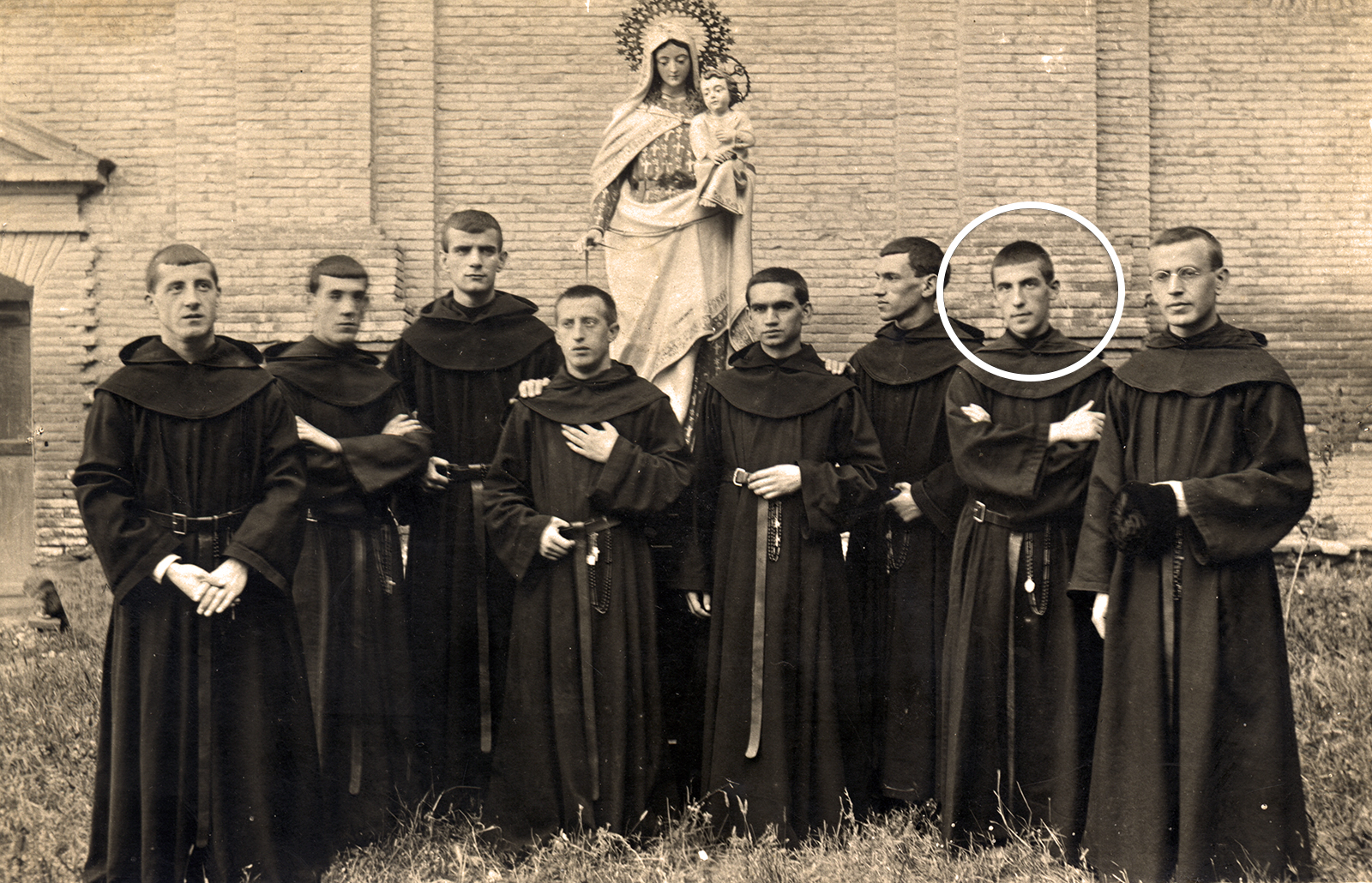 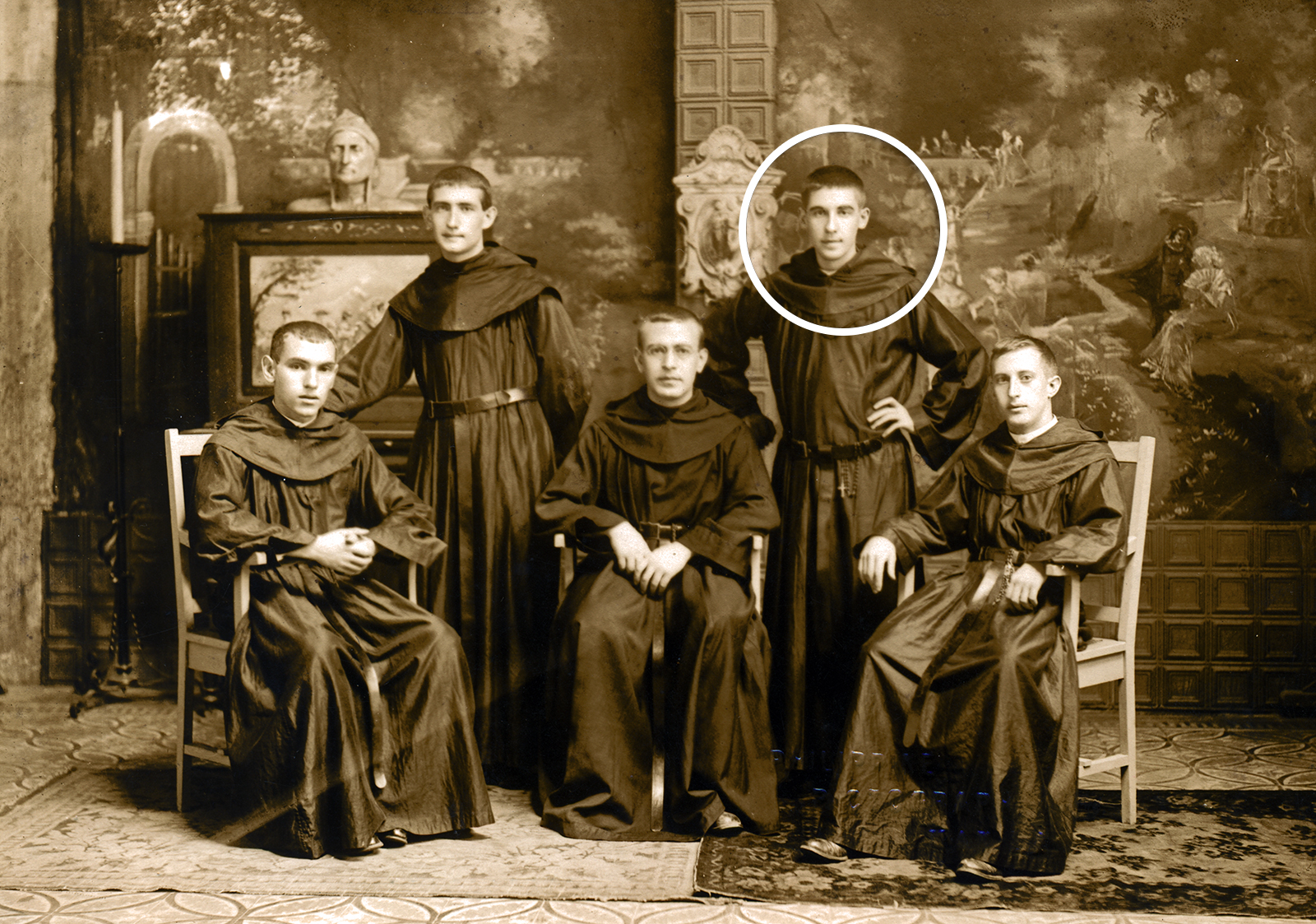 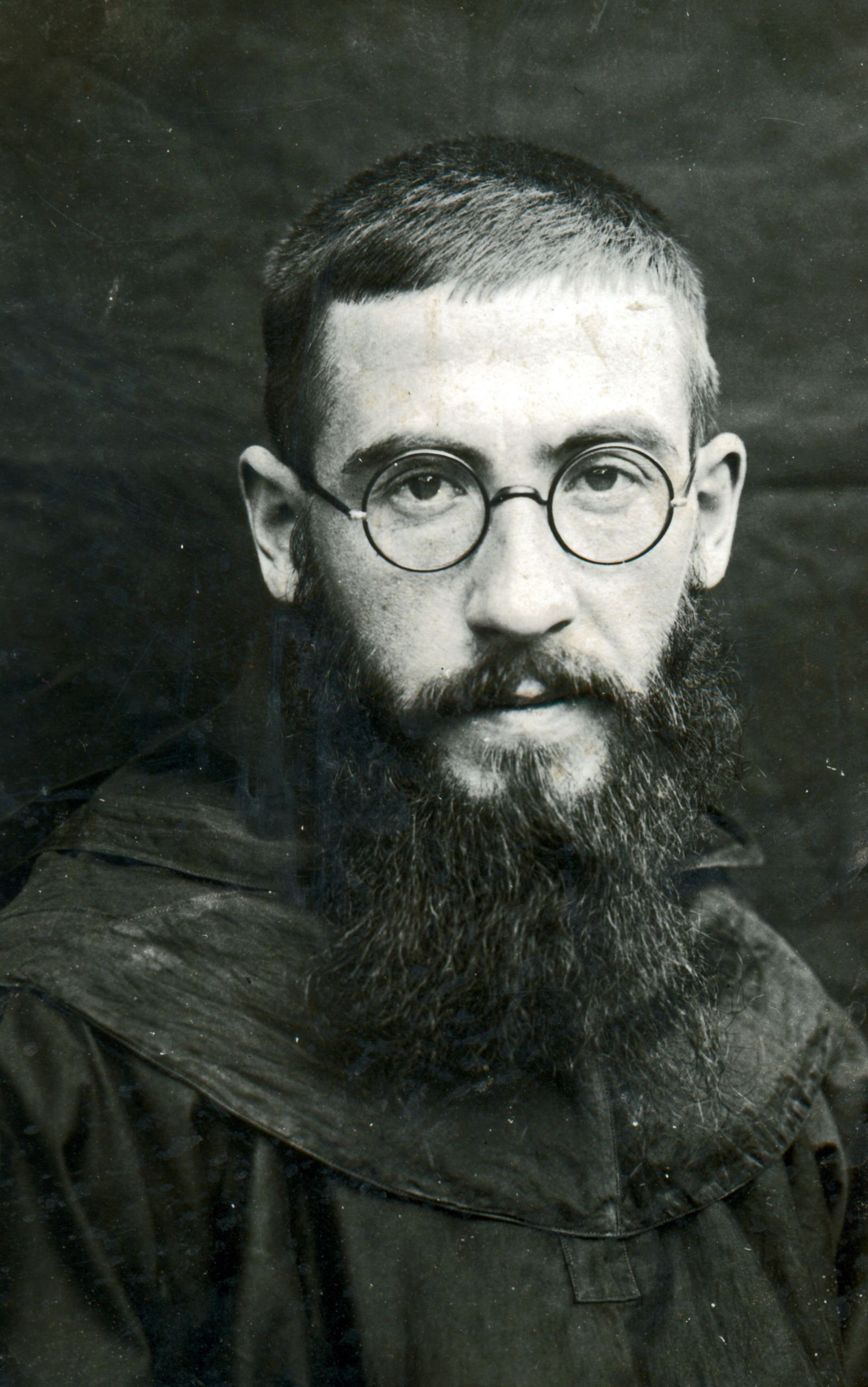 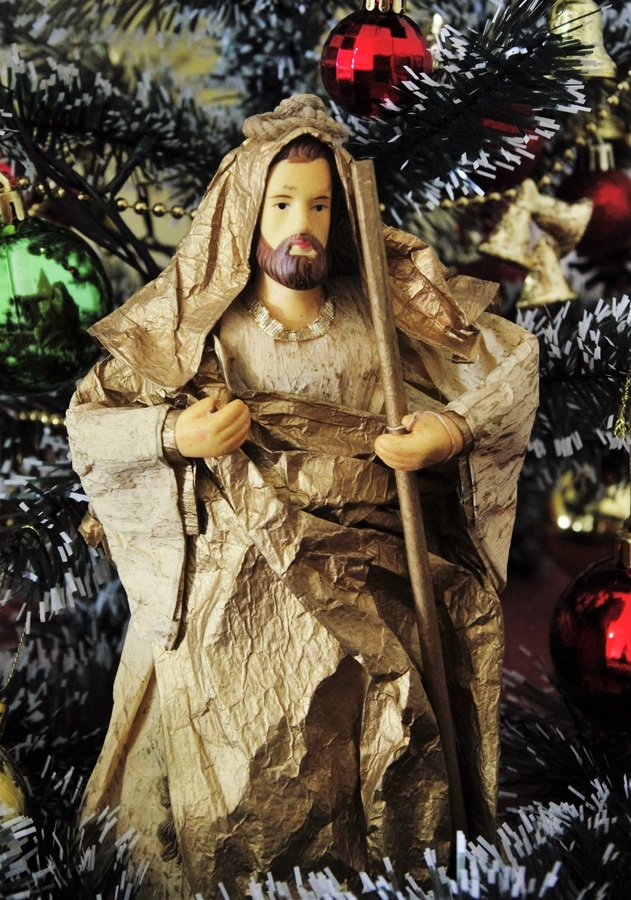 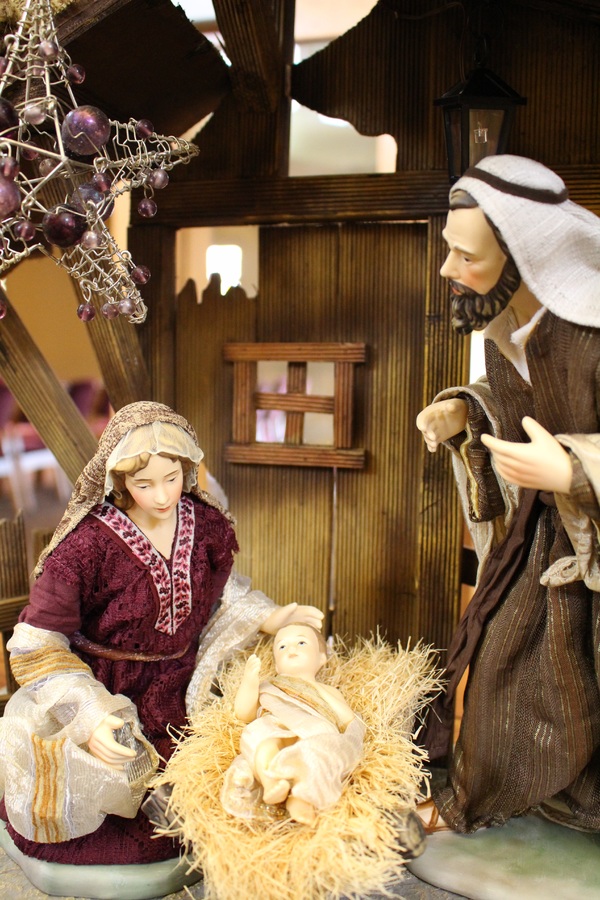 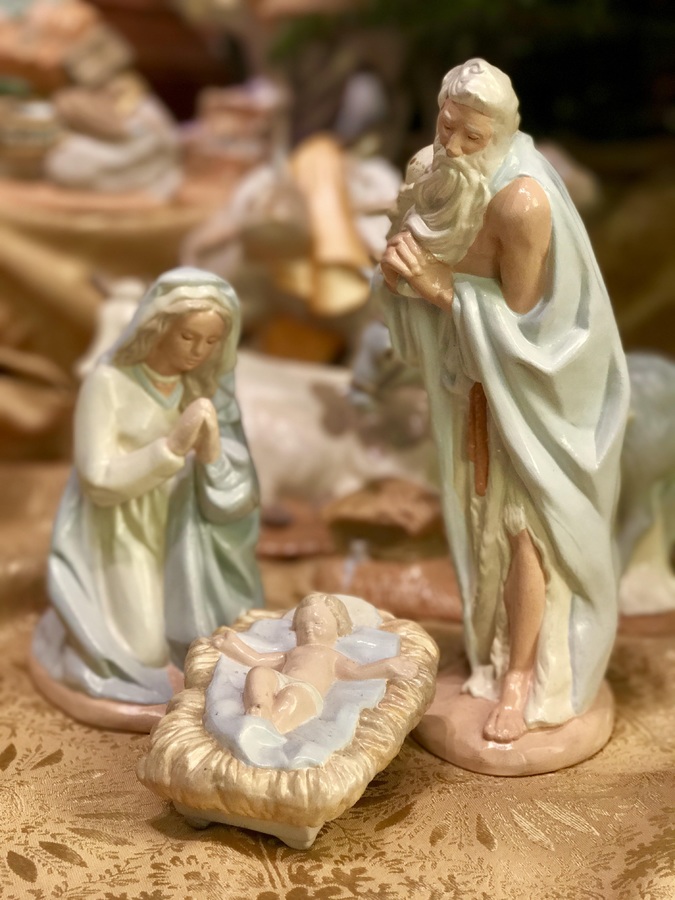 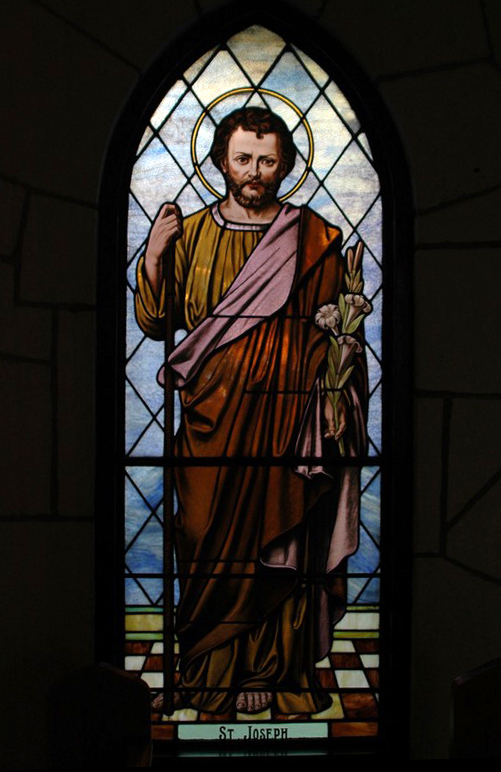 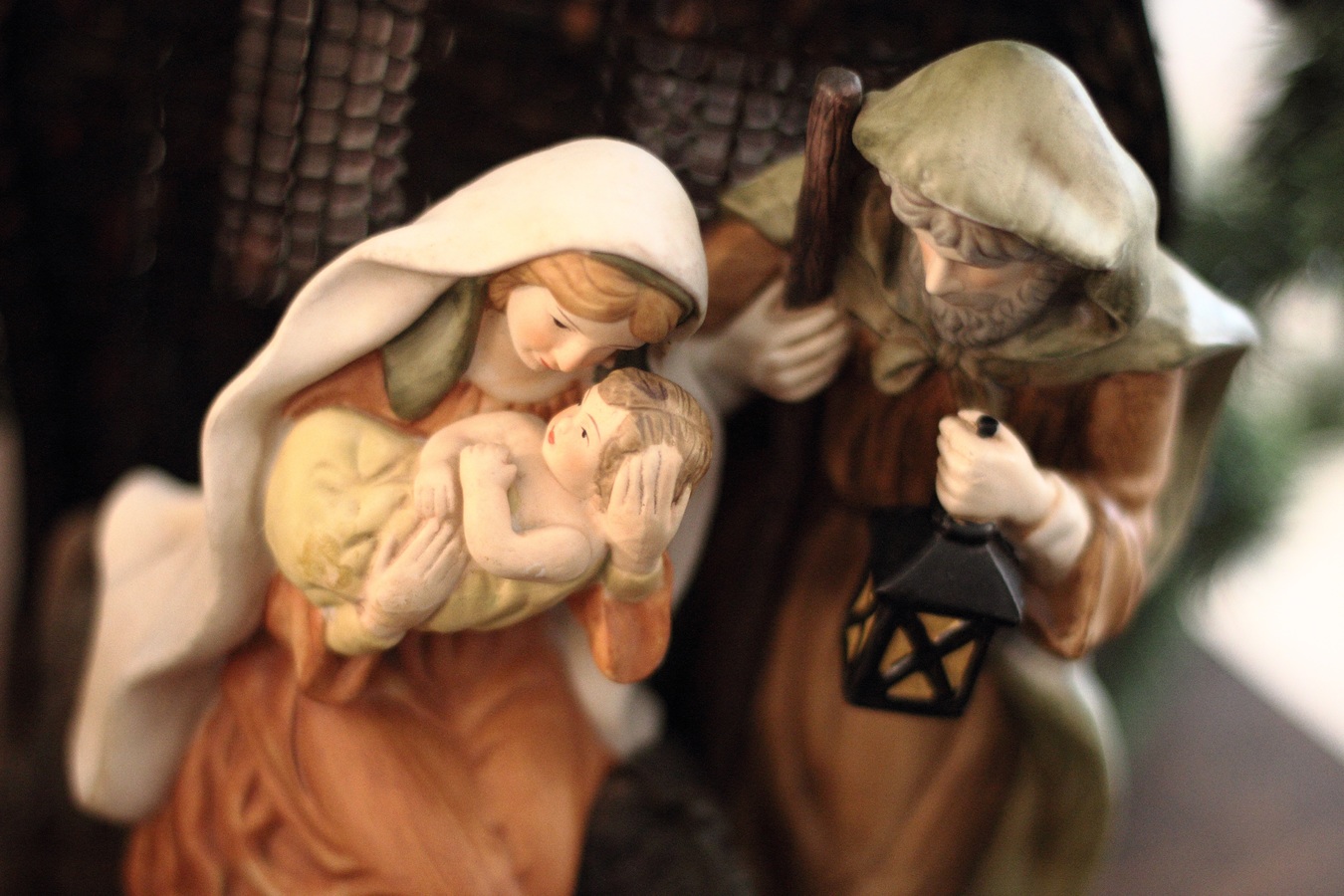 In 1921 Friar Mariano Gazpio, who was then  22 years old, to commemorate the 50th anniversary of the declaration of St Joseph as patron of the universal Church by Pope  Pius IX, wrote in the Bulletin of the Province of St. Nicholas of Tolentino this article on how the adoration of St Joseph has developed throughout history.

He was titled Development of the Cult of St. Joseph,in gratitude to the Holy One of Silence, with a brief tour of the doctrine of the Holy Fathers, some theologians and by the Magisterium of the Church, to deduce how devotion to St Joseph has been a multi-secular practice in the Church and in the history of the Order of Augustinian Recollects.

This Order, in the General Chapter held in San Millán de la Cogolla (La Rioja, Spain) in 1908, had hailed the Holy Patriarch as special protector of the Order. Here is the article written by a young Mariano Gazpio during his years of studying theology and first immersion in religious life.

(Grafías, punctuation and division of edited paragraphs with respect to the original publication of 1921)

Who, admitting the Catholic doctrine on the invocation and worship of the Saints, will dare to deny that St Joseph deserves to be honored in a special way? This is required by the titles of Jesus'  father  and Mary's husband, with which God himself wanted to honor him during his mortal life.

In calling St Joseph, the  husband of Mary and father of Jesus, says St John Damascene, "you designate the greatest elevation that a man can reach. It cannot be passed later, because to exceed these limits is to touch already in the divine".

It follows that not only must we honor the Glorious Patriarch with worship similar to that which the Holy Church pays to the Saints because of their virtues and the great protection they have over those who invoke them, but we must give Mary's most chaste husband a special, proper and exclusive worship of hers.

This was understood and practiced by the faithful from the first centuries of Christianity, saying the Decree Urbis et Orbis that the Church always honored the saint with great honor. Obvious and very convincing testimonies we have of this in the Catacombs of Rome, in Christian antiquity and mainly in the many praises that the Holy Fathers pay to the royal father of Christ, if they are forced to speak or write about their ineffable greatness.

Saint Cyprian exalts him over all saints; Saint Jerome dedicates to him brilliant paragraphs in which he extols his angelic purity; St Augustine, teacher, and eagle of the Doctors, sings in an admirable way the excellent privileges of the saint; St John  Damascene, St Bernard... in short, all the Holy Fathers, in speaking of St Joseph, clearly demonstrate the great veneration that the Christian people professed to them.

However, we must confess that public worship took a long time to manifest itself in the Church. While it is true that the piety of the faithful had built temples in his honor and that parties were held in some parts to honor the nourishing father  of Jesus, until the fifteenth century the feast of St Joseph, the feast of St Joseph, the main festival of causes, says St Bernardino de Sena, "the great danger that the faithful would have run to stray into their beliefs, if public honours had already been decreed from the beginning to the glorious patriarch".

Since the 15th century, called the century of innovations, a universal movement of Josephine flowering has been noticed.

The famous Juan Gersón, chancellor of the University of Paris and Cardinal of the Roman Church, is the one who gives beginning to this movement. From his tenderest years he distinguished himself by his great devotion to the humble craftsman of Nazareth and worked as hard as he could by word and in writing to extend his worship.

The fact that best demonstrates his vivid desire for St Joseph to be honest and revered by everyone is his very famous speech, pronounced in 1416 at the Council of Constance, in which, after dealing with the privileges of the saint and presenting for the first time the view of the sanctification of St Joseph in the womb, he proposes to the Fathers of the Council the desirability of declaring himself to the glorious Patriarch Patron of the Universal Church, as a means of achieving peace in those circumstances so calamitous to the Wife of Christ.

Since this date, the Josephine cult acquires a great development. Jealous apostles arise everywhere, such as St Vincent Ferrer, Saint Bernardine of Seine, and many others, all devoted to the great righteous of the Old Testament.

In many churches in Spain, France, Italy, and Germany is already celebrated its feast and the supreme pontiff Sixtus IV gives a Decree in 1481, extending it to the Universal Church.

In the sixteenth century we are presented with the figure of St Teresa of Jesus,the  Josefine saint par excellence, whose life is but a brilliant history of the great patronage of St Joseph. During her life as a religious and founder she works the unspeakable for delaying the cult of the glorious patriarch, both inside and outside the  Carmelite Order.

In the seventeenth and eighteenth centuries the devotion and worship of the virgin husband of the Mother of God increases in a wonderful way, for, according to the phrase of St Alfonso Maria de Ligorio, "there is now no Christian in the world who has no devotion to him".

The nineteenth century, called of lights, is the century of St Joseph, for devotion to the holy patriarch of Nazareth has taken such flights, that there are no people in all the Catholic orb who have not appointed him Patron of his.

The Supreme Pontiffs have always walked to the forefront of this great religious enthusiasm.  Pius VII and Gregory XVI are Josefine lovers and enthusiasts; but among all stands out the beautiful and charming figure of the pontiff of the Immaculate Conception, of the immortal Pius IX, who on December 8, 1870 full of joy and joy to all Christianity with his Decree Burning, realizing the wish that the great Gerson had already four and a half centuries earlier, proclaiming St Joseph Patron and Protector of the Church.

And, in the present century, this devotion has developed in such a way that there is no people, family or individual throughout the Christian world, that he does not profess a special love for St Joseph. And what will we say about the mandate of the great pontiff Benedict XV that solemn feasts be held in all the peoples of the Catholic world in honor of the blessed patriarch, but is the interpretation of the common feeling of the faithful?

And we'll put an end to this scruffy article by talking a little bit about the Augustinian Collection.  It was not to be delayed in devotion to the mighty protector of the Church which comes from a saint as Josefine as St Augustine was, and from a devotee like the venerable Father Tomé of Jesus.

Thus, we see, through history, that the Augustinians celebrated  the feast of St Joseph in the early fifteenth century.  The General Chapter in the city of Rome in 1632 states that all houses in Italy and Germany  should  be placed under the protection of the Holy One.

In 1700, it  is possible to appoint St Joseph Protector from Rome, and finally, the General Chapter in San Millán de la Cogolla in 1908, in gratitude for the many benefits granted for his valuable patronage, hails him as a special Protector of the entire Order of Augustinian Recollects and commands to be celebrated every month and in all the houses ofthe Collection on the 19th Mass sung in honor of St Joseph.

Glory and honor to the loving Protector of the Church and the Augustinian Recollects!!