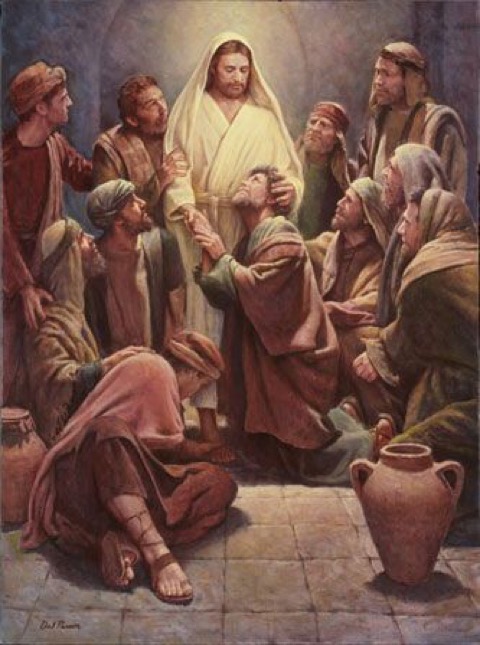 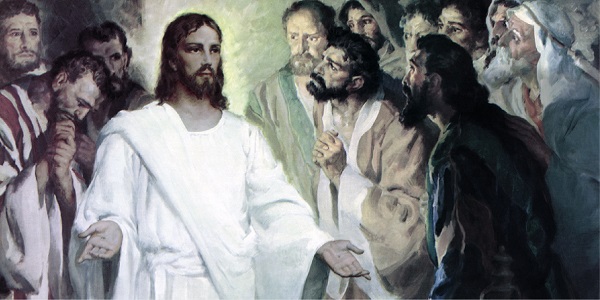 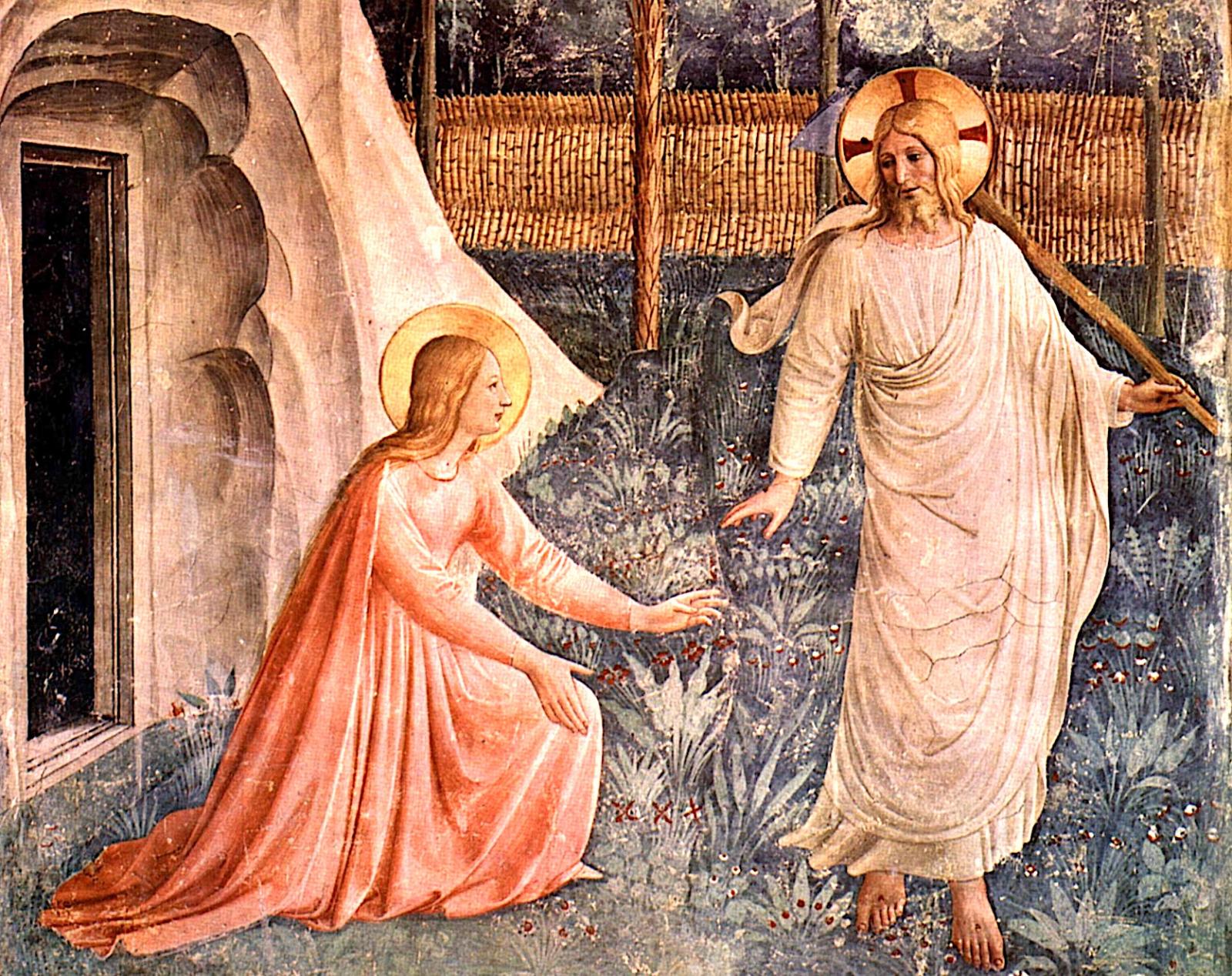 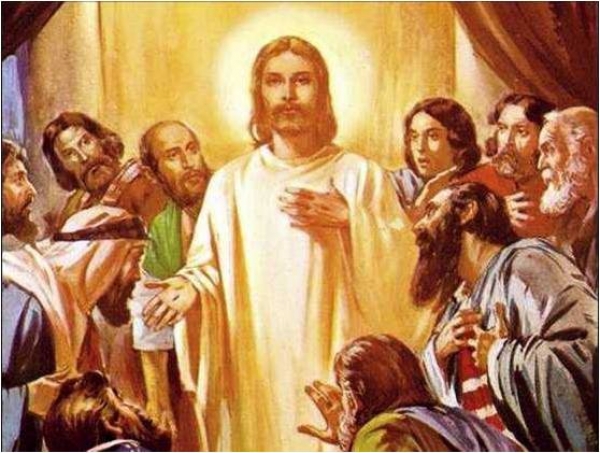 Today’s Gospel recounts one of Jesus’s resurrection appearances and includes the story of “doubting Thomas.” The evangelist is telling the Christian community that Jesus is present to them, but no longer present “in the flesh”, and is urging them (and us!) to acquire a broader faith.

After the resurrection, our Lord remained on earth for forty days, during which time he appeared several times to his apostles to instruct them, to encourage them, to give them special powers in their work to evangelize the world by spreading the Good News of salvation to all nations. Today’s Gospel mentions two of those appearances of Jesus.

In the first appearance, Jesus wishes the disciples peace and bestows a very special power to forgive men’s sins. Peace be with you… forgive men’s sins. These two statements, one a prayer, the other a commission, are indissolubly related. Peace can only be obtained when one is united in faith and love to the Lord. Peace in the biblical sense is incompatible with sin. In the Bible, peace is the fullness of God’s blessings and, therefore, the fullest relationship between ourselves and God, and ourselves and one another. When Jesus wished the disciples peace, forgiveness of sins was a necessarily accompanying condition. Jesus grants his disciples peace (his wish is already a grant!), breathes on them the Spirit, and empowers them to forgive sins. The peace of Jesus is not a simple greeting. It conjures up the divine presence, which will become permanent in the bestowal of the Spirit.

In the 2nd appearance, Jesus convinces a doubting Thomas that it is really he, the Master, who is in the room. The Gospel says that the apostles were huddled in the upper room, hiding behind locked doors for fear of their enemies, finding courage and protection in numbers. Thomas was not with them. The Lord made his unscheduled visit, and the apostles were hysterical with sheer joy. When Thomas returned they shouted in unison: We’ve seen the Lord. Thomas calmly seems unimpressed and simply says that he wants to see the wounds before he shares their joy. When Jesus invited him a week later to see and touch the convincing wounds, he saw no need for any mental squirming. The Truth was now present and he made “the most complete affirmation of Christ’s nature to be found on the lips of anyone in the Gospel.” The precious affirmation of Thomas, My Lord and my God! is the Christian profession of faith; it was uttered by the apostle, who ironically is more remembered for his doubts than his faith. Let’s catch the contagious spirit of the faith-filled apostle and, like million of others, whisper his famous words at the elevation of the living Bread, during the celebration of today’s Mass.

The need of Jesus to convince Thomas tells us that it is our worship together, around the risen Lord, that will bring us oneness of mind and heart. The only disciple who was absent in the Sunday meeting with Jesus is the one who doubted. Doesn’t that tell us that to be absent from Sunday worship is to open oneself to loss of the faith?

The apostle Thomas is of course a historical character, but he also functions in the Gospel as a character-type. He reflects and calls to mind many Christian believers who manifest lack of deep faith. To all such, Jesus says: Do not persist in your unbelief, but believe. If it had not been for Thomas’ questioning, we would not have the ninth beatitude, enunciated by Jesus in behalf of those of us who do not see him present physically, yet believe nonetheless: Blest are they who have not seen and have believed.