Marking the milestone of an 80-year presence of Augustinian Recollects in Mexico, the Augustinian Recollect Province of San Nicolás de Tolentino, currently celebrating their IV Centenary, is offering special highlights and sharing the most relevant moments of their presence in the country, with further information available on this website. 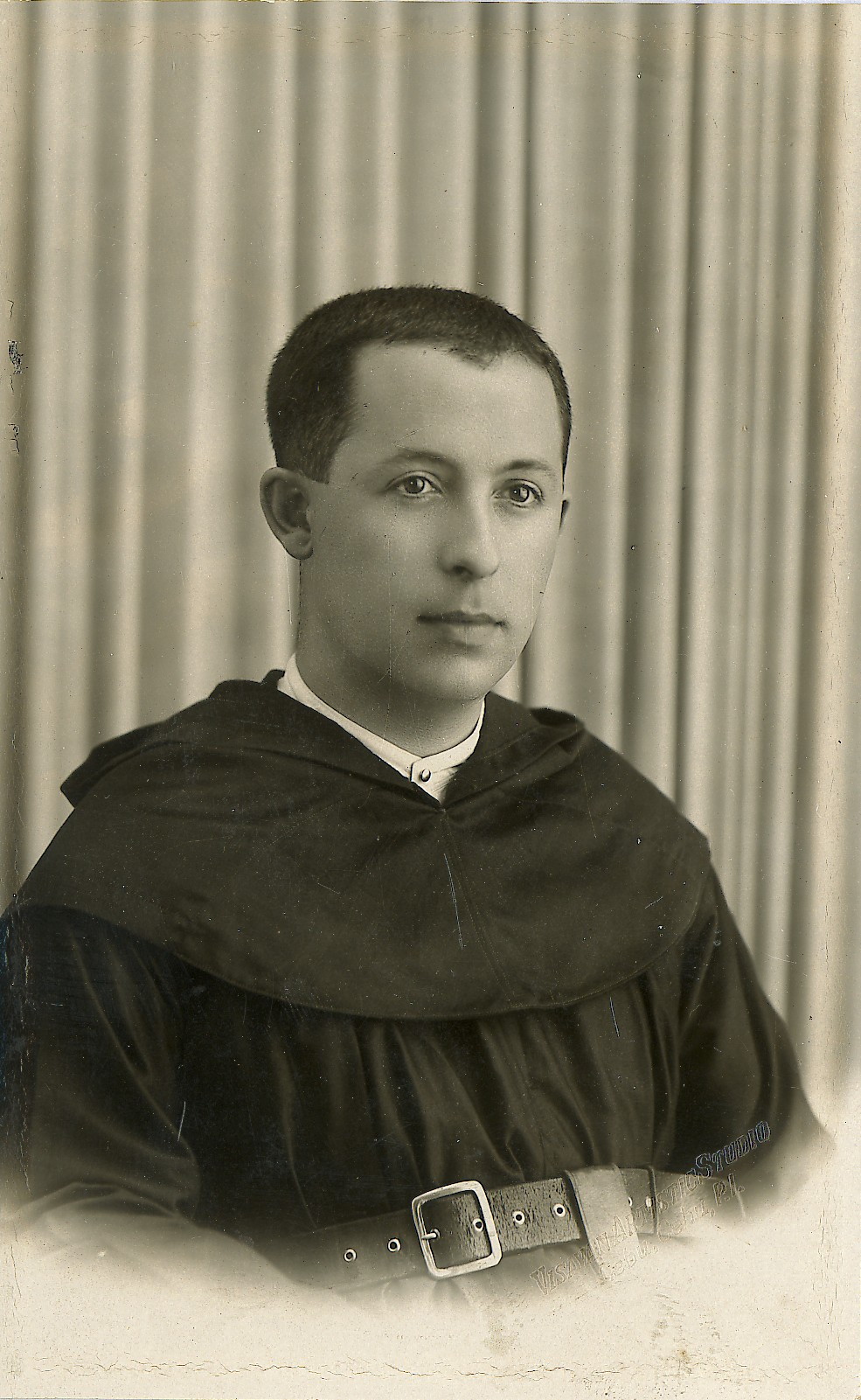 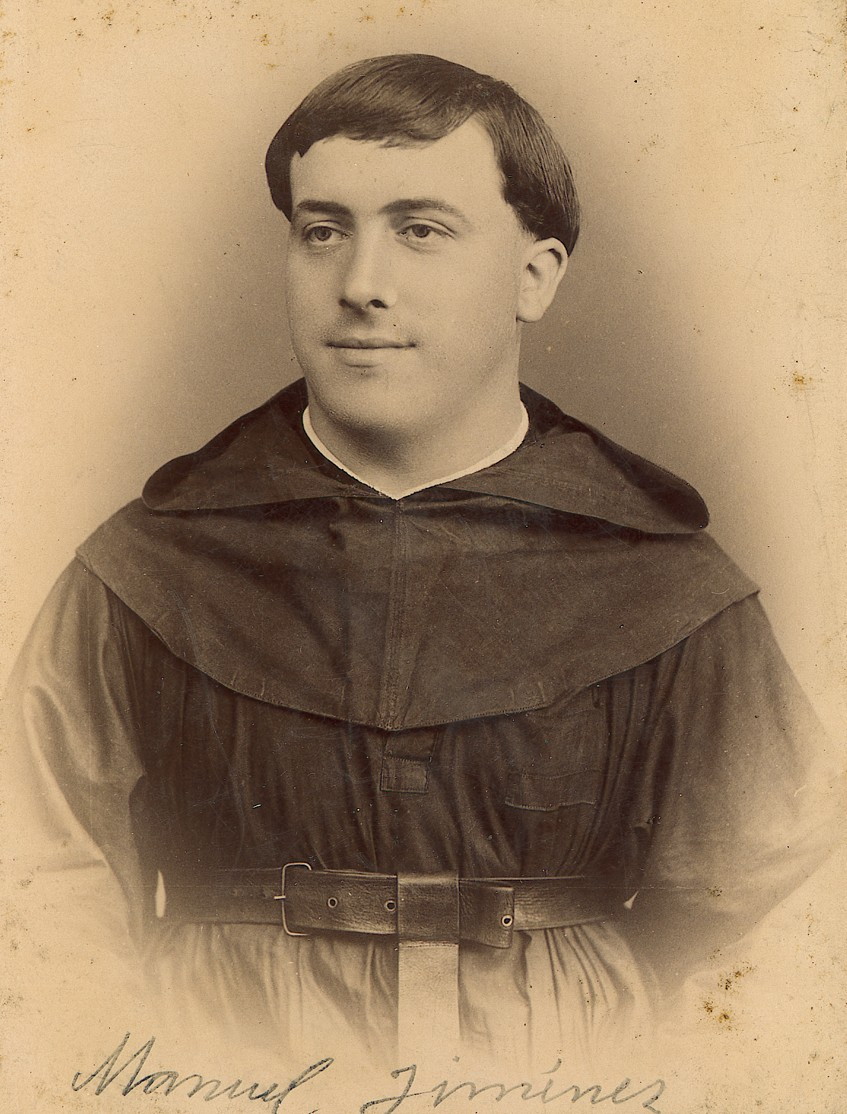 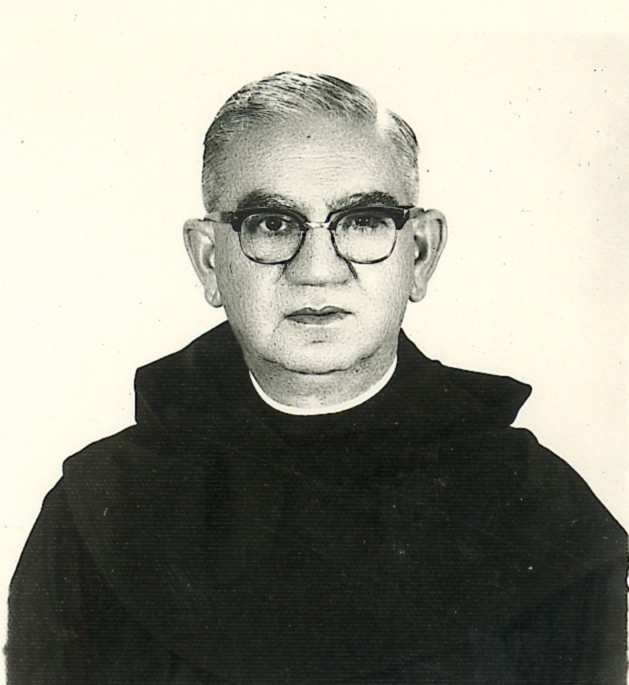 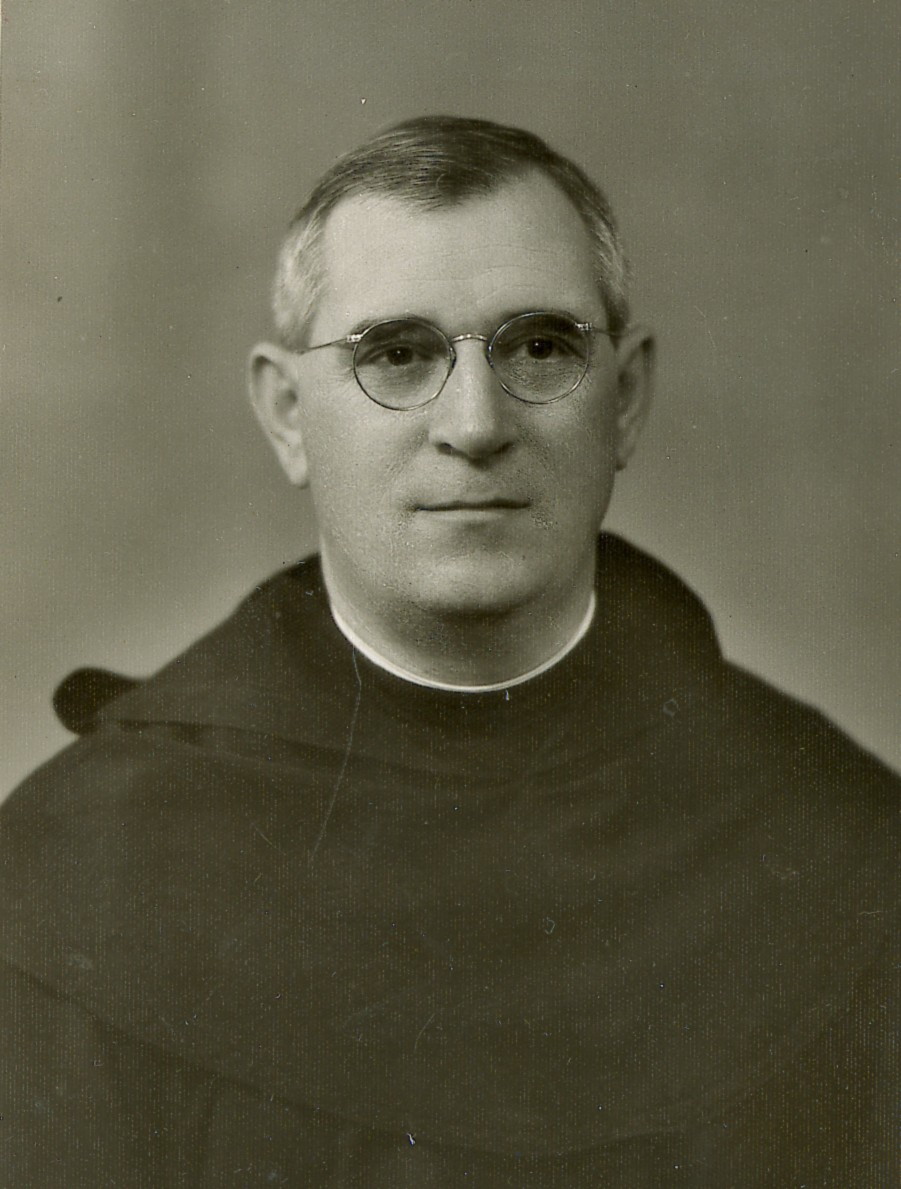 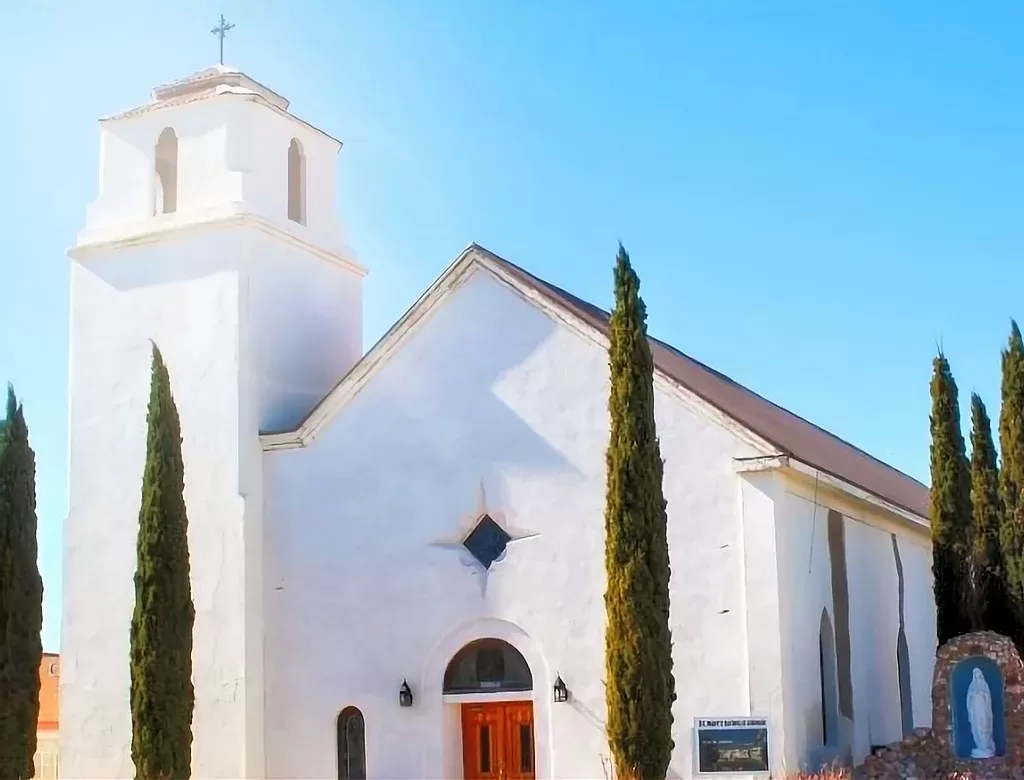 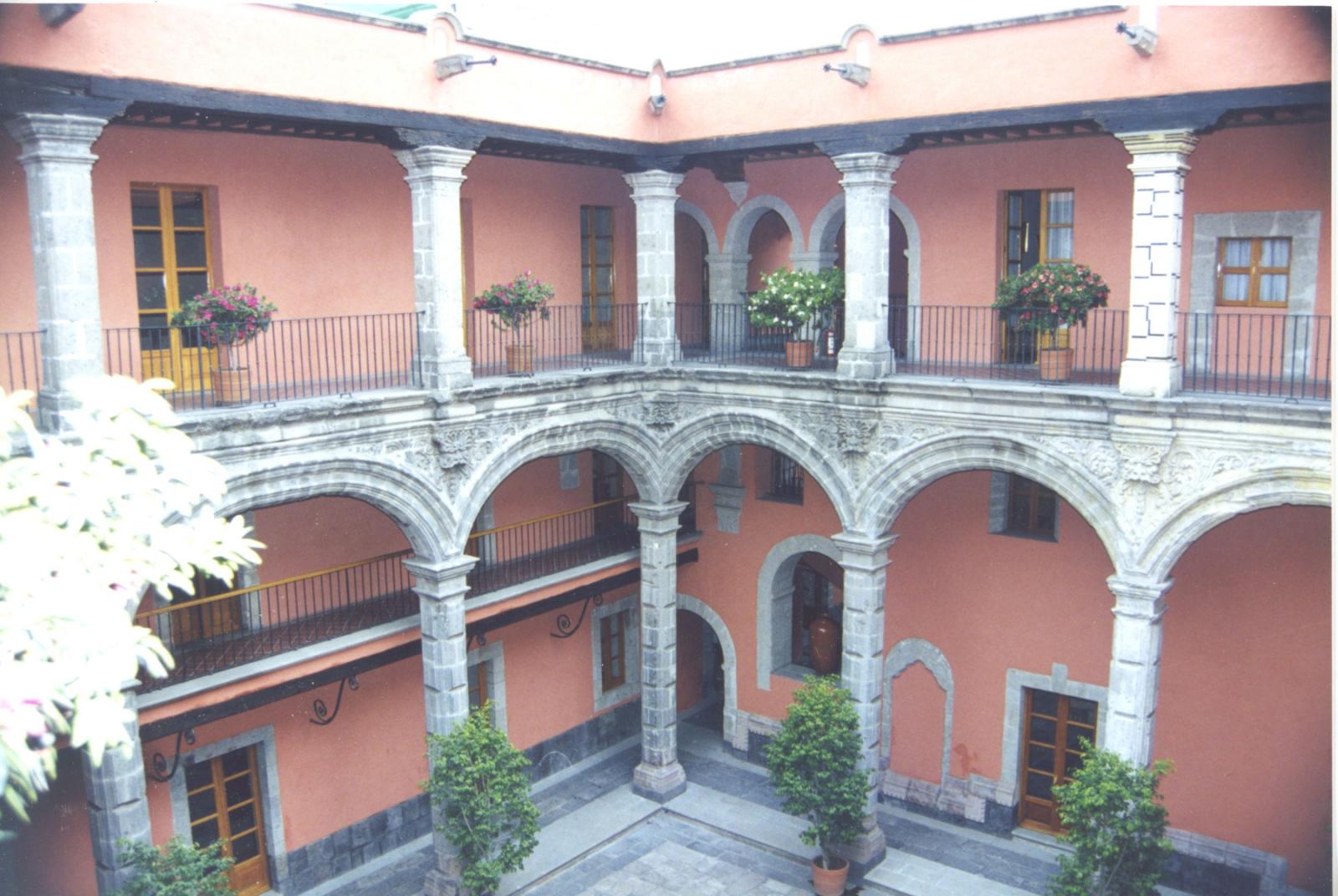 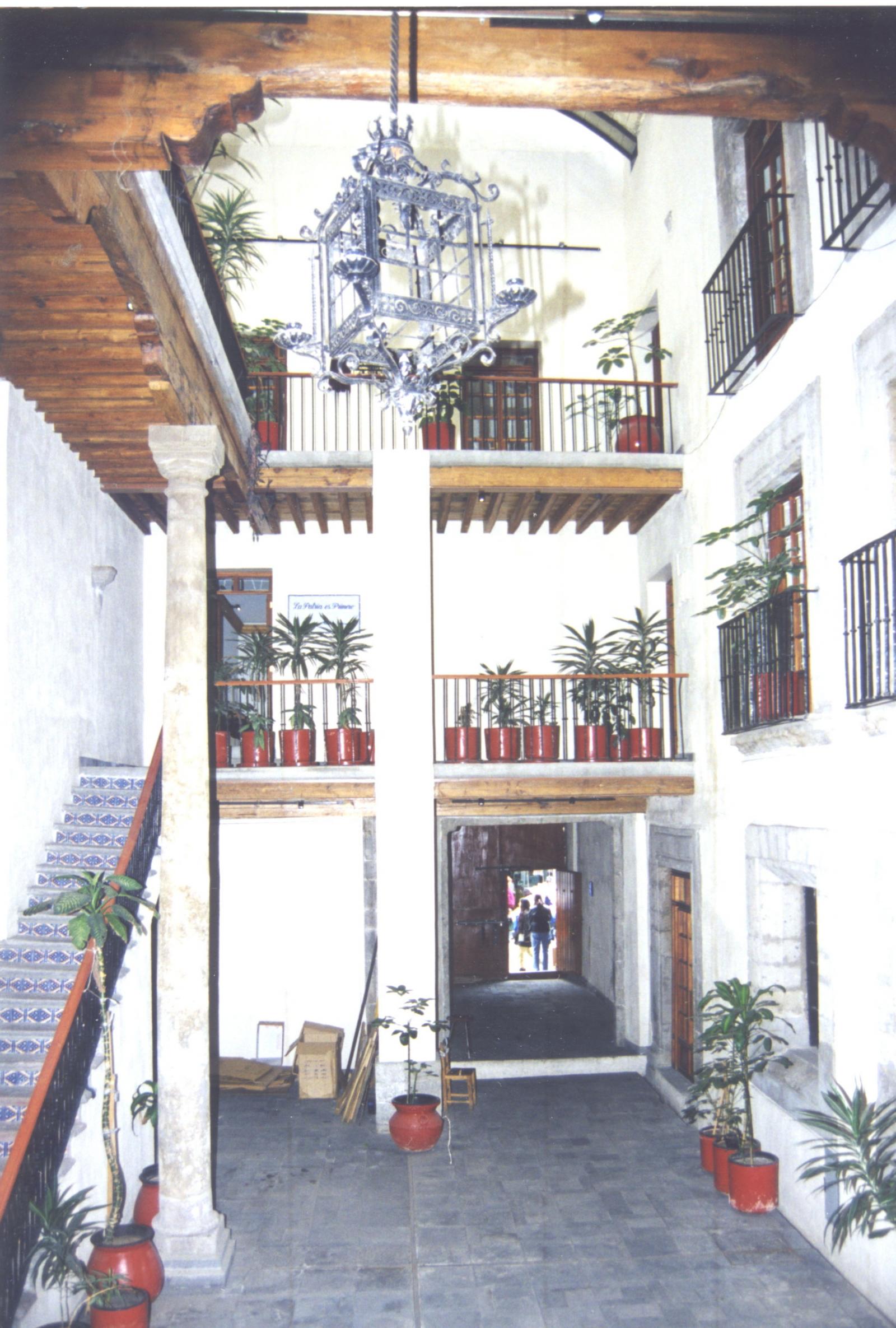 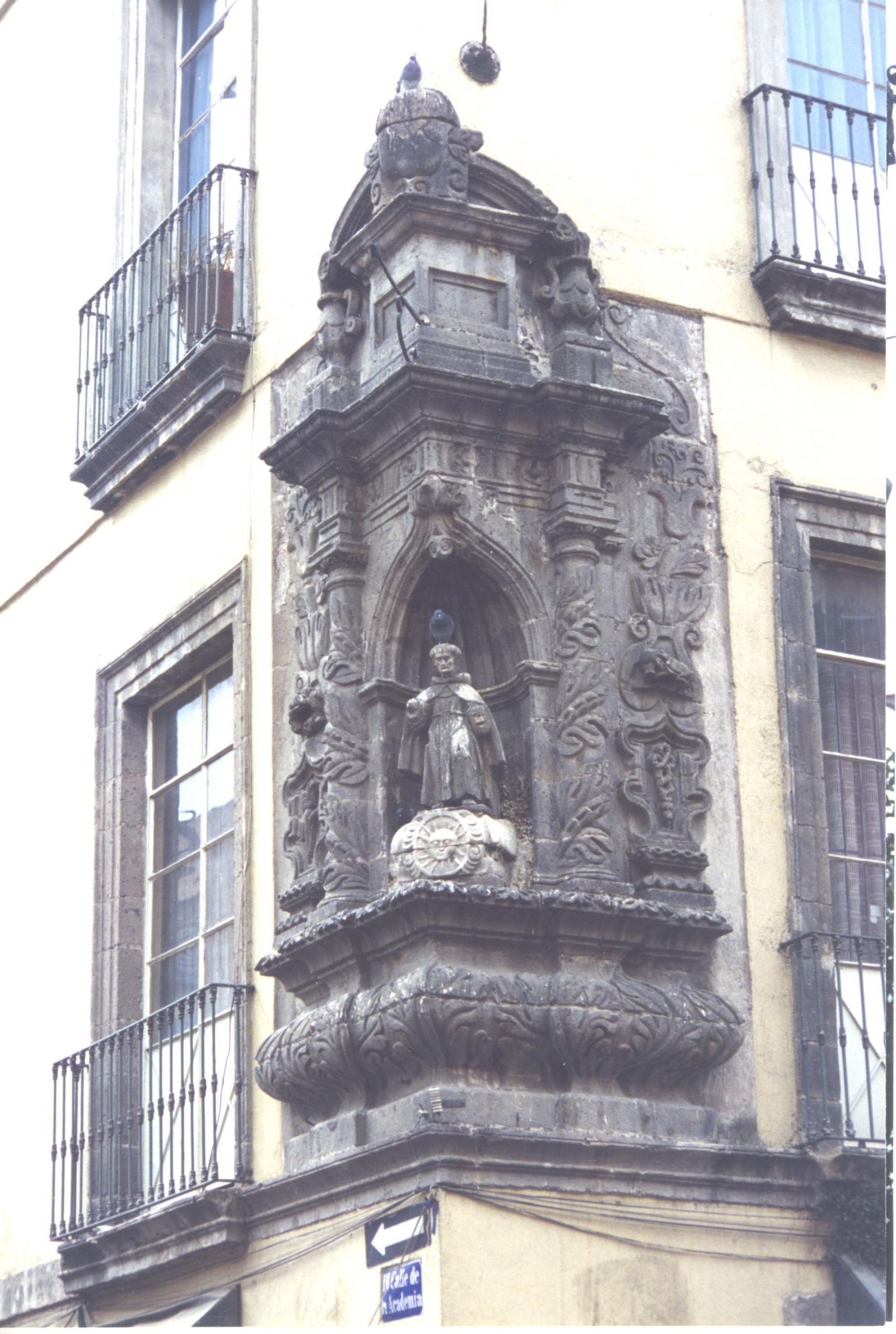 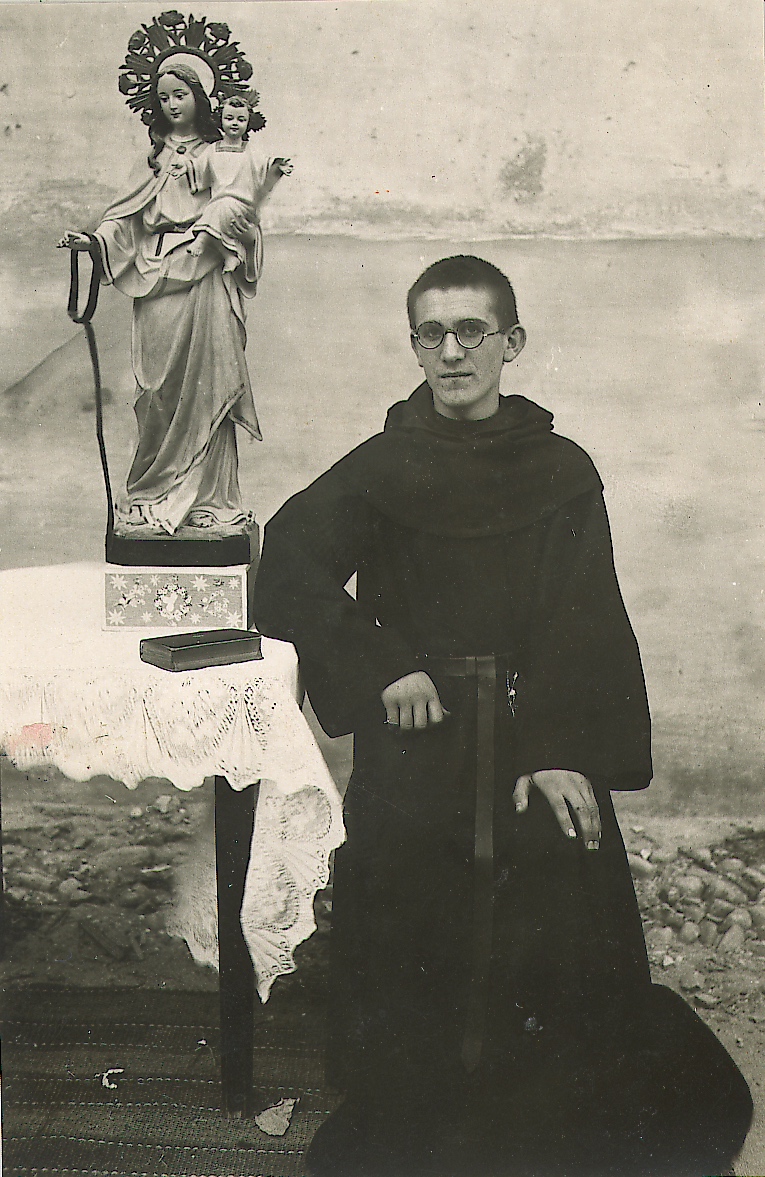 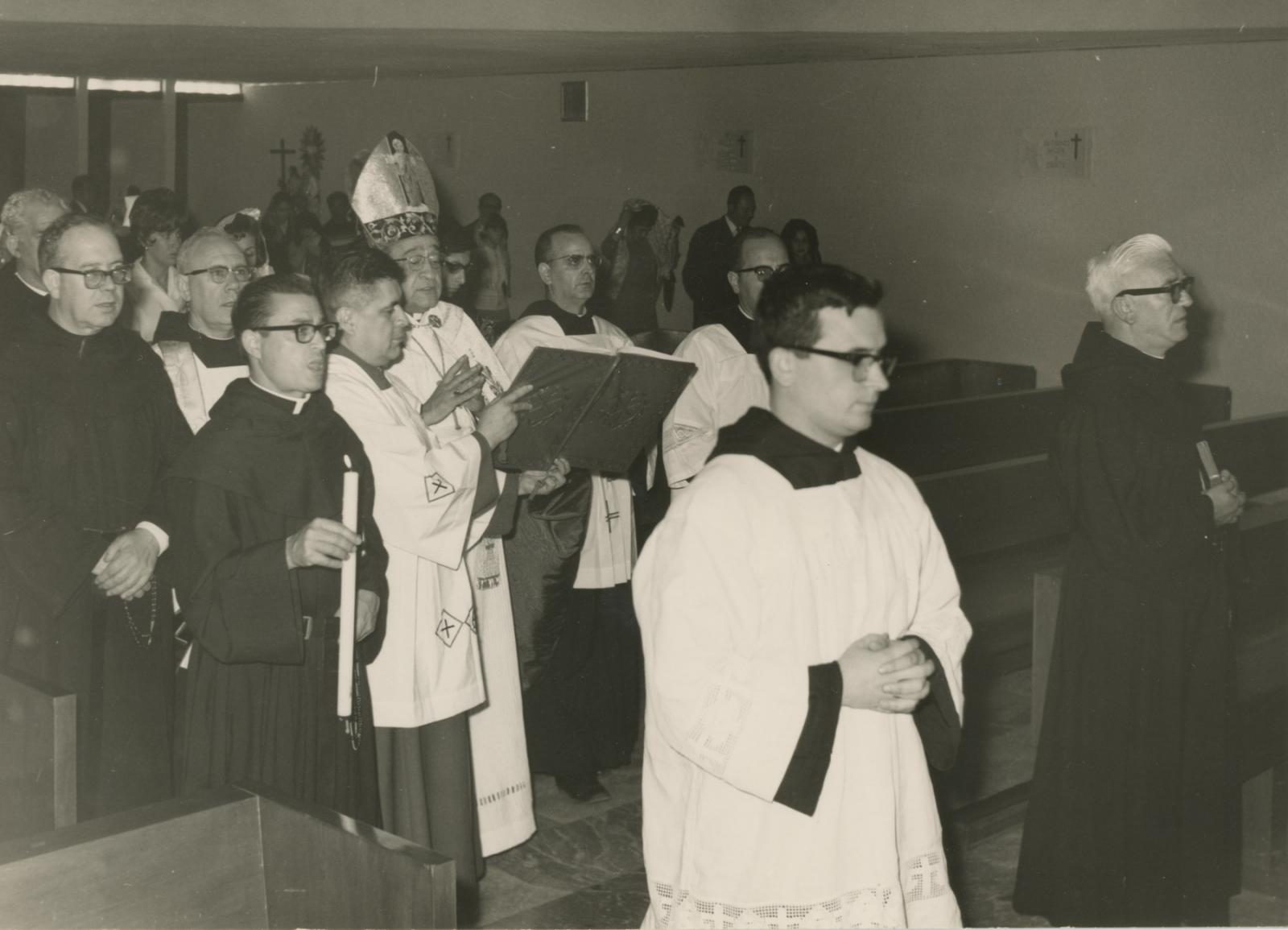 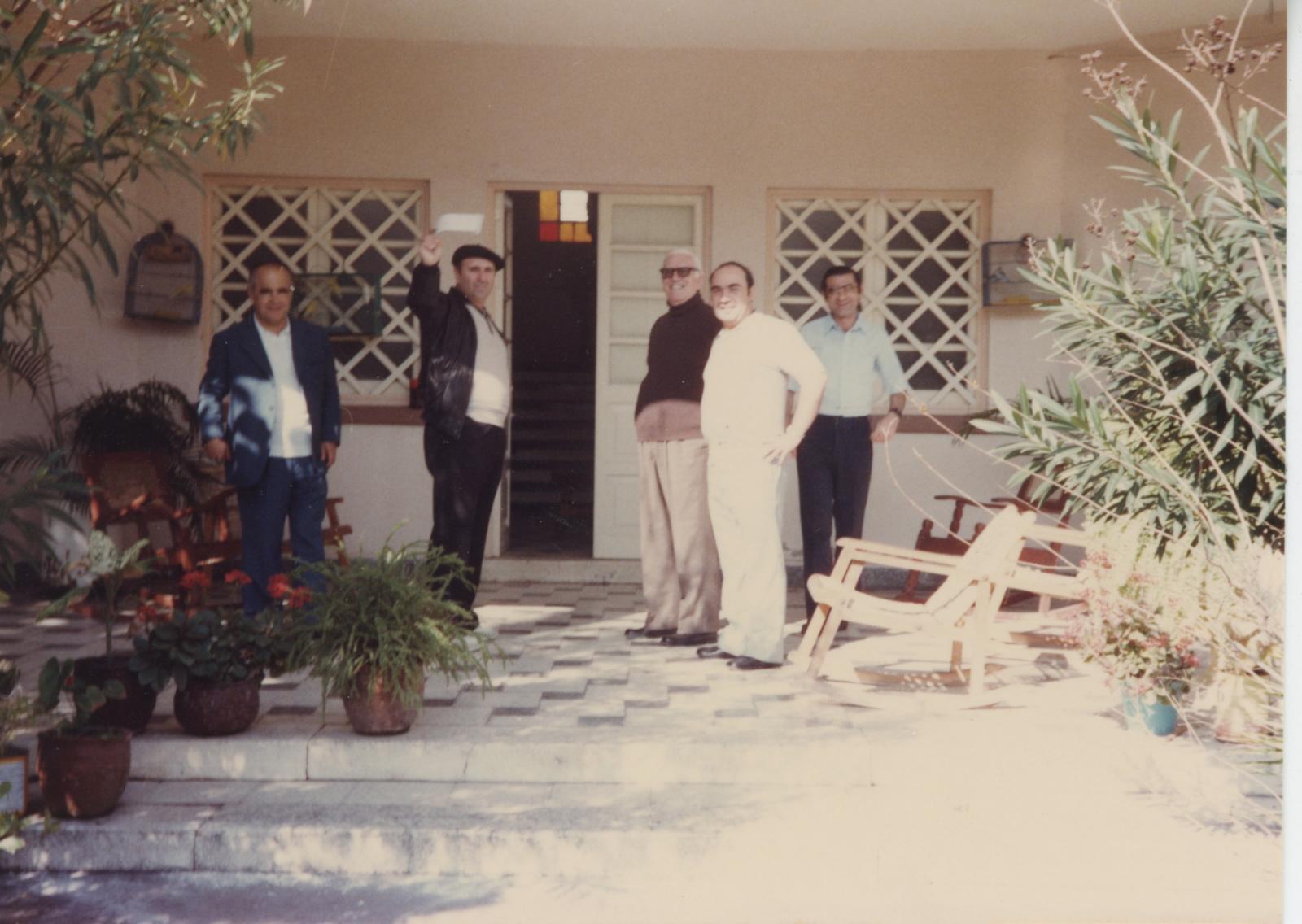 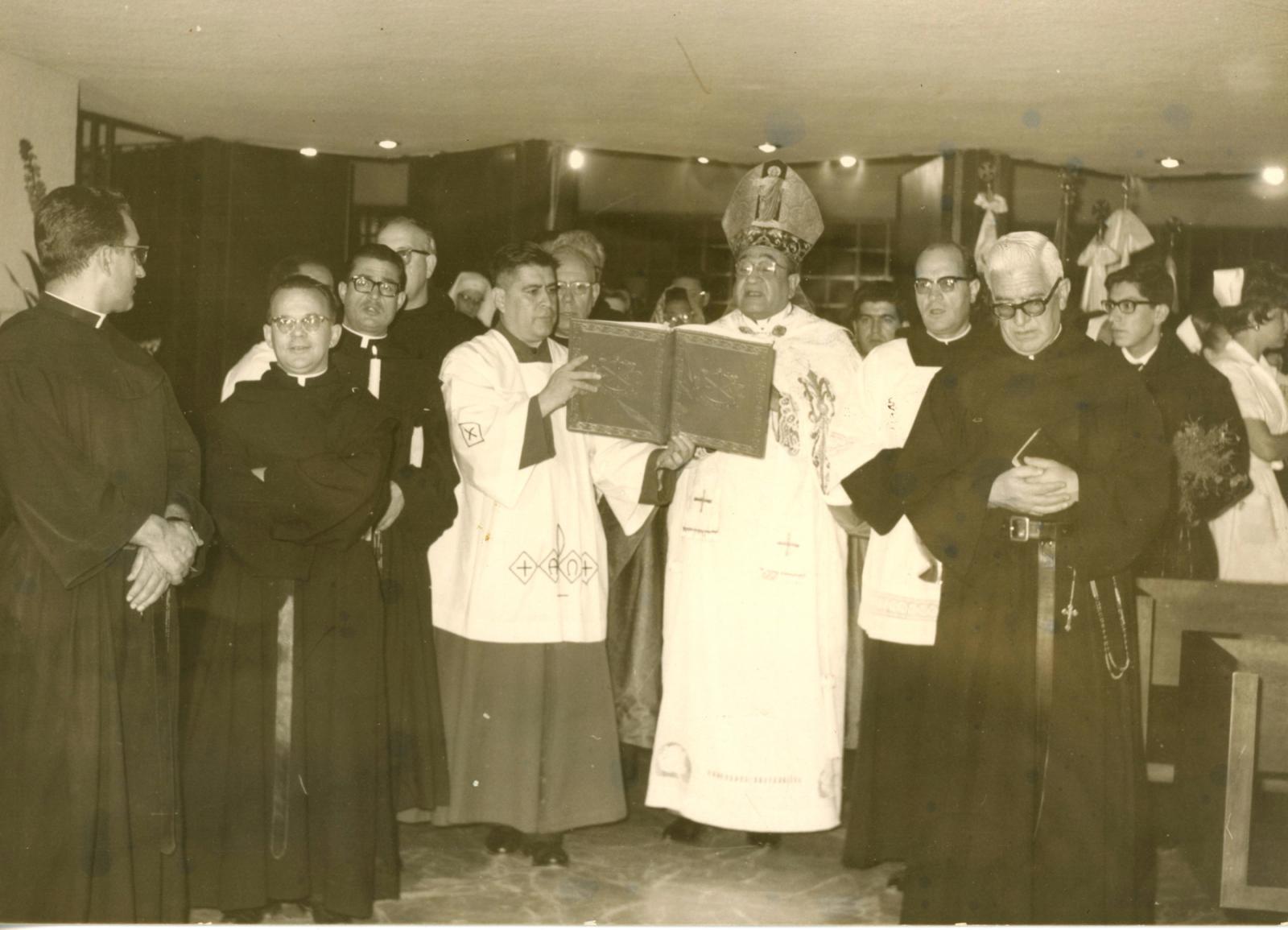 From the moment that Augustinian Recollects chose to dedicate their lives to mission in the Philippines, Mexico became a safe port for them, given its status as a support location for what used to be the long journey across the Atlantic and the Pacific to reach the Philippine archipelago. This is in fact what motivated the foundation of San Nicolás Hospice in Mexico City, and what drove them to secure goods to support the community, their pastoral activities, and help arriving missionaries who, at times, had remained there for months, some even more than a year.

In April 1841, Augustinian Recollect Guillermo Agudo left for Spain with funds from the sale of the four Mexican haciendas and a number of religious artifacts. Earlier, in December 1840, Brother Melchor Castellote left for Manila with some religious objects from the hospice. This marked the end of an era in the history of Augustinian Recollects in Mexico, where the centrally located hospice of San Nicolas had become a bridge for the missionaries bound for the Philippines.

One hundred years later, in 1941, the Augustinian Recollects returned to the Aztec country, this time, from the United States. At the time, Mexico was a country that extolled the deeds of many members of its Church who had given their lives for Christ. The Cristero War (1926-1929) left a mark of some 75,000 to 80,000 dead, according to studies documented by historian Jean Meyer. The government of Lázaro Cárdenas marked conciliatory policies with the Catholic Church, then followed by the government of President Manuel Ávila Camacho, who was more devoted to the renewal of education and Mexico’s agricultural sector.

In April of 1941, Fr Superior, Ireneo Ojer, who presided over the community in St. Mary’s Parish in Marfa, Texas, US, received a letter from the Prior General, Friar Leoncio Reta, informing him of the decision to hand over this and other ministries in the United States to the new Province of St. Augustine.

Frequent arrival of news regarding the need for priests in Mexico pushed Ireneo Ojer to further himself in the country to learn about possibilities of founding again in Mexico. Recollects Ireneo Ojer, Manuel Jiménez and Félix Alonso crossed the Mexican border at Nuevo Laredo, in the state of Tamaulipas on June 27, 1941. Ireneo’s handwritten notes say that he requested authorization from the prior provincial “to pass into Mexico and check out the land”.

Correspondence was then established with the Prior Provincial containing reports, questions and answers until the Japanese invasion of the Philippines.

A letter from then Prior Provincial Pedro García de Galdeano reads as follows:

Rev. Father: I have the pleasure to bring to your attention Act III of the defining session on the 24th of this month, which is literally copied and reads as follows:
“III. A letter of R.P. Ireneo Ojer of St. Joseph, Superior of the United States Mission, regarding the possibility of our religious entering Mexico and starting a foundation there. The Ven. Definitory found it opportune to make no decision on the matter, rather to wait for further reports to arrive”.

Ireneo Ojer received the letter on August 24, 1941. In his reply, he spoke of sending official documents to establish a community there, in addition to recognizing the reality of transferring the religious as a result of war, time, money, and the formation of another Province. He ends the reply with two important points: information of an exact address to send him correspondence and clarification that official reports addressed to him should come on behalf of the District superior.

Ireneo himself recounts the following in his personal notes:

“June 27, 1941. On this date we crossed the border under cover of a fake passport and arrived in Laredo, Tamaulipas. Fr. Lozano, who was aware of our intentions, suggested we stay with him for a while to review possibilities and advance on safe ground and unknown terrain.

During our stay in Laredo, and on his way back from the Eucharistic Congress in Chicago, Mons. Luis M. Martinez, Archbishop of Mexico, stopped by and invited us to act on foundation on his archdiocese. On Tuesday, July 28, I met with him and he offered us the parish of Ayotla. We took possession on August 5 and administered it until January 1942.

Until July 31 when we left for Zempoala, Veracruz we stayed at the Santa Teresita residence of the Augustinian Fathers. We still remember their hospitality as brothers.

Veracruz once again opens its doors to integrate our charisma to the Mexican culture. On August 3, 1942 we took possession of the parish of Zempoala. In August 1943 the church of "La Pastora" was handed over to us. We remained several years in Zempoala until we were given the extensive parish of Piedras Negras."

The efforts of the servant of God, Monsignor Luis Maria Martinez and the Archbishop of Xalapa, Monsignor Manuel Pio Lopez Estrada in 1941, gave shelter to our religious in the first years of the reunion of the Augustinian Recollects with the people of God in Mexico.

On December 1, 1941, the prior provincial wrote a letter to the superior of the mission, Ireneo Ojer, asking him to send his reports as superior on this mission field.

"…especially if in each ministry four religious can live and give something, if annually, to the Province for the help of the houses in Spain. Information should also come regarding ecclesiastical and civil authorities and the future that can be expected, etc., etc., etc. Do it soon, because it isn’t convenient to be practically detached from the Province as you are, without acceptance on our part of any ministry to live in as your own house. If you speak to ecclesiastical authorities you must make it clear that while we are under these circumstances of war, we cannot commit ourselves to sending more personnel."

The socio-political situation deeply affected the Province of St. Nicholas of Tolentine at this time: post Spanish Civil War and the Second World War with its terrible episodes in Europe. In the East, relations between Japan and the United States were becoming tense. On December 8, 1941, the Japanese invasion of the Philippines began. The result is that from that date forward, the Prior Provincial was practically left without news of the religious, who were in a pastoral experience in Mexico.