Carlos María Dominguez: "The fruits of 25 years of the JARs is the most forceful argument to say that this is worth, serves and we want to carry it forward" (2/2)

The JARs of Mexico and Costa Rica celebrate online training Wednesdays. On July 22nd, on the 25th year of the founding of the recollect youth movement, they interviewed one of the religious who founded it (part 2 of 2). 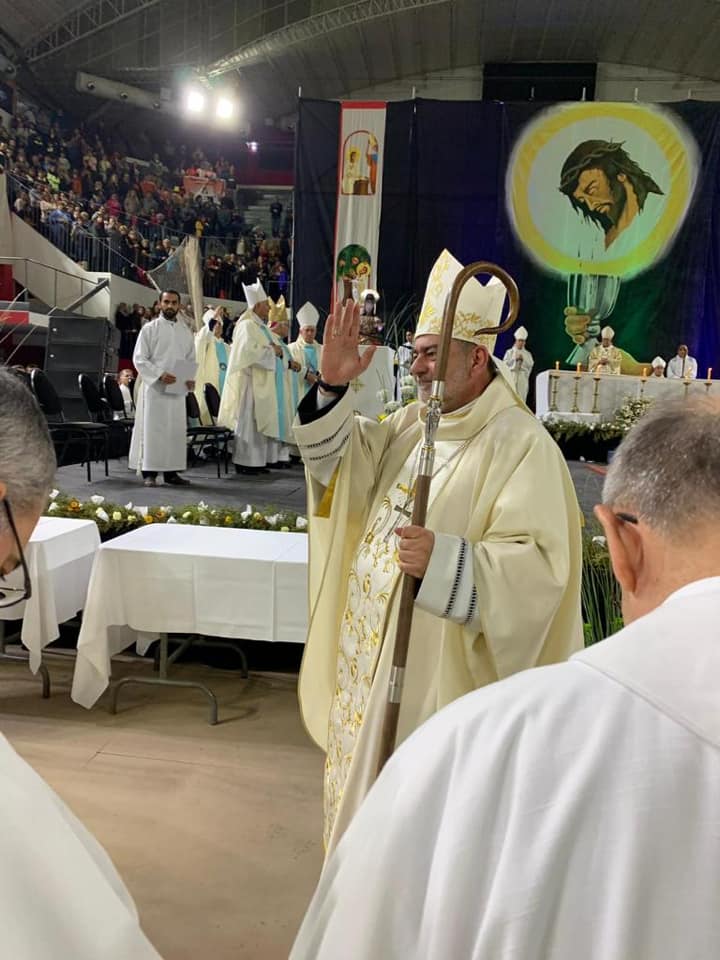 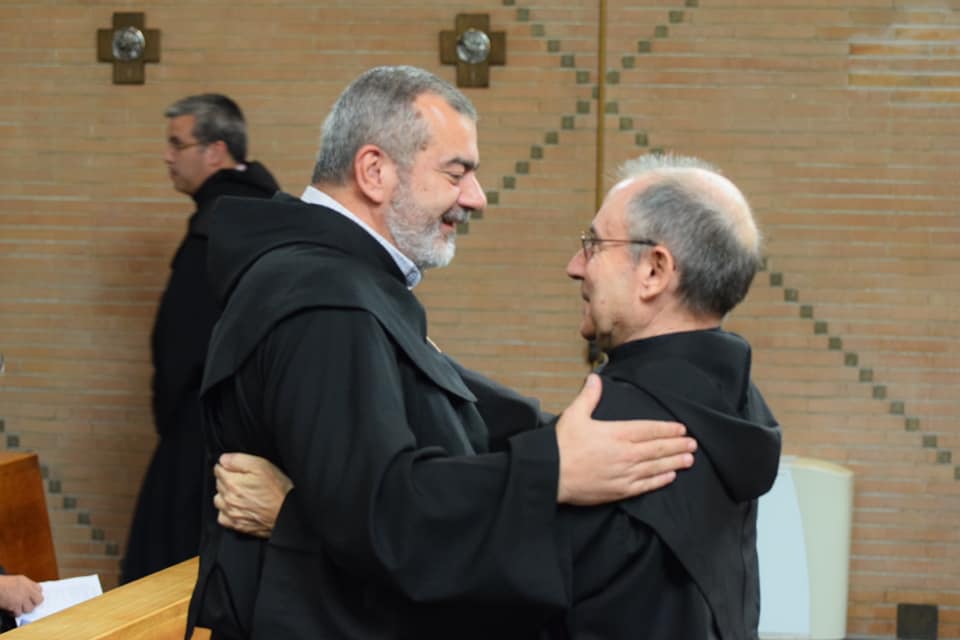 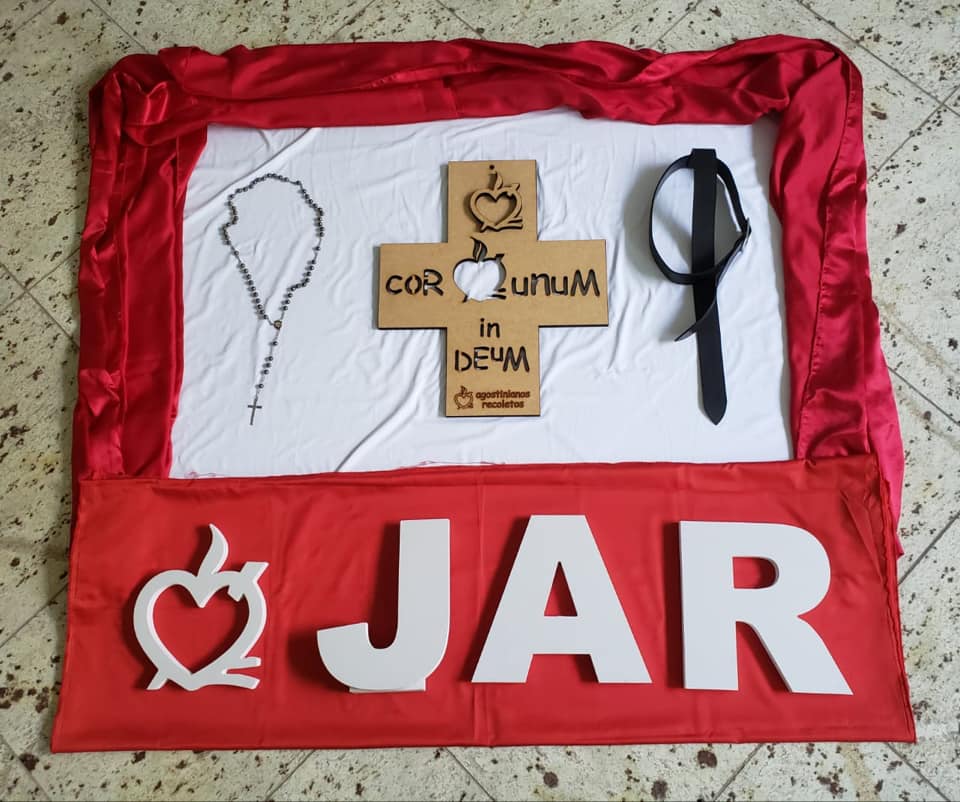 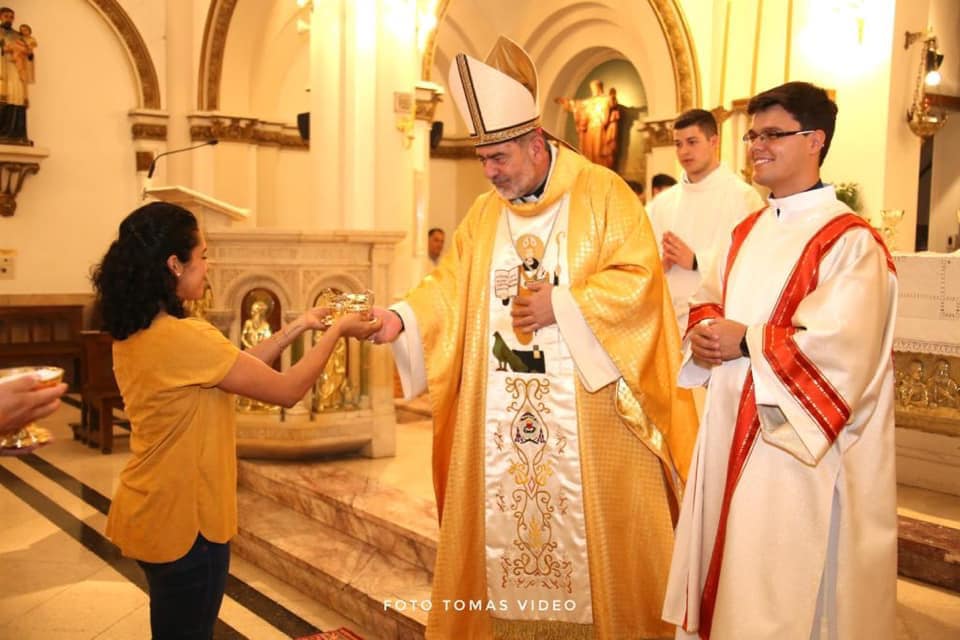 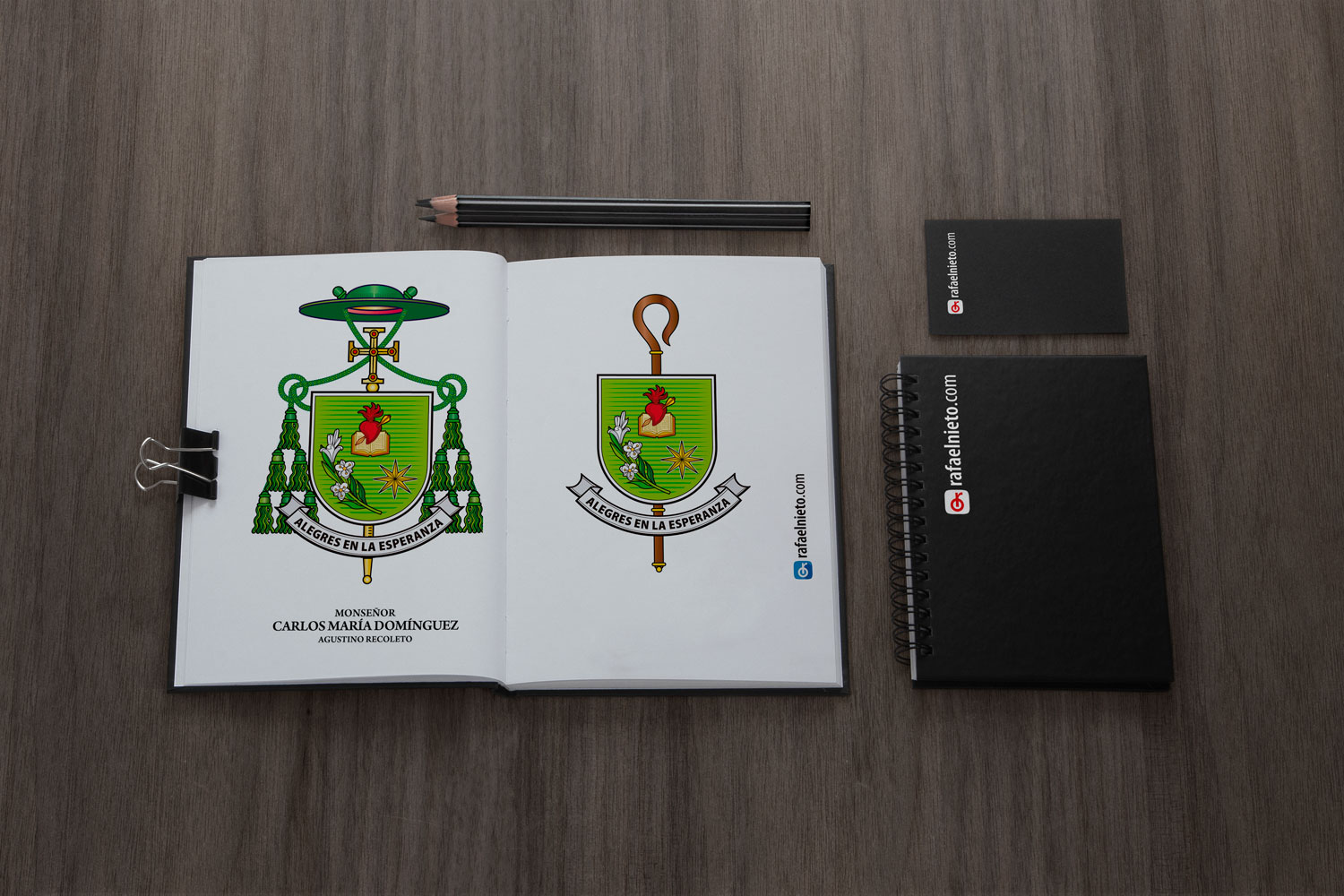 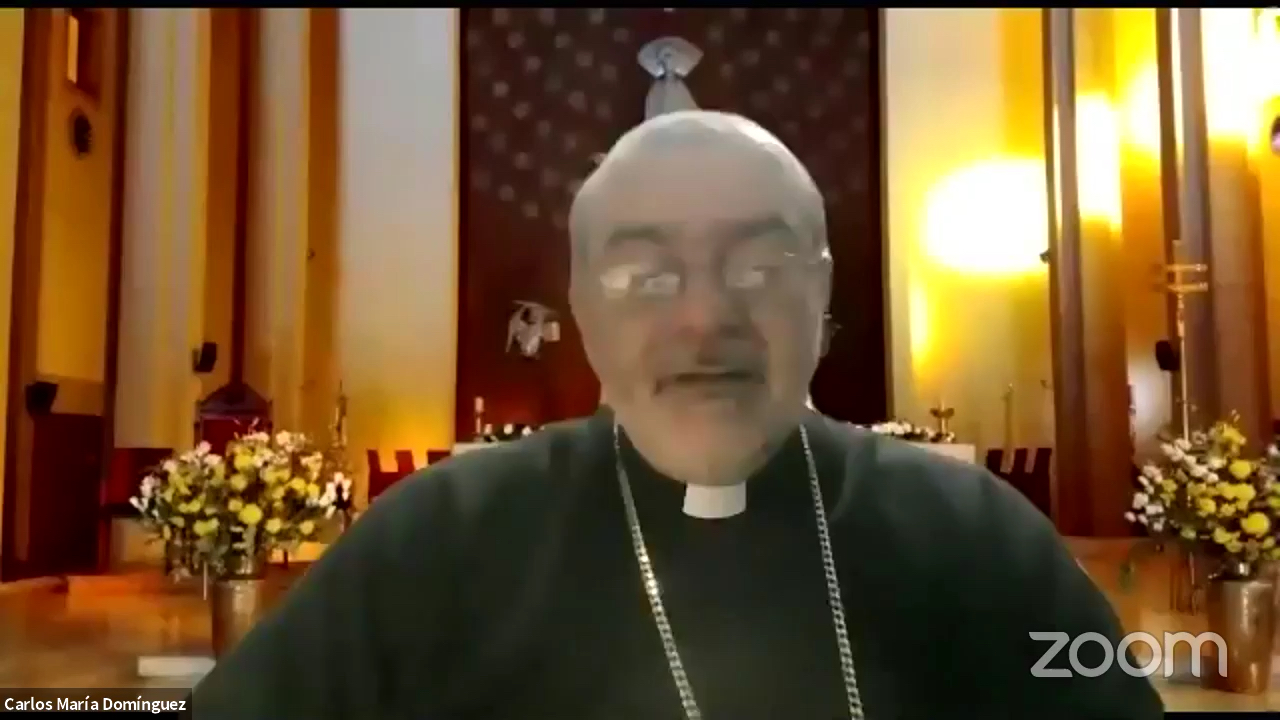 In homage to these 25 years, the JAR Mexico and Costa Rica organized a virtual meeting through the Zoom  platformon July 22 with about 125 people who sent the questions answered by the religious Recollect (Part 2).

What differentiates a young man from 25 years ago, when the JARs were founded, to today's?

The social and cultural context has a lot of influence. I'm going to talk about some differences that may seem superficial, but which I think matter a lot. When the JARs were created there was no  Internet, the smartphone, or social  networks.  25 years ago, I couldn't be in in touch with 125 people around the world talking about JARs. This is a great advantage, well used.

If we talk about characteristics typical of youth, it is not so easy to define those differences, because it might seem that all the progress  that was made in some things was reversed  in others; what was gained on social media pushed back into personal relationships. Before one moved heaven and earth to celebrate the birthday of a loved one, today with WhatsApp already and sometimes before we would walk kilometers to kiss someone on their birthday. We areapparently at risk of losing interpersonal contact.

What tools does a leader have to make JARs meaningful to young people?

A basic, indisputable, and inescapable is the Gospel.  Even if it sounds like a made-up phrase, there's no changing it. The Gospel first teaches us to be disciples and then to lead, before the leader is to be a disciple in the Master’s school, as Saint Augustine said.

The other is that the leader will need to give testimony of life.  The testimony of life implies coherence: it is not a question of being holy and then leading; Saint Peter was not "St" Peter from the first moment when it was his turn to lead the group of Apostles, which was quite difficult.

It is important for the leader to realize the needs of others and always move forward to what the other is needing. Because we know very well that it is not uncommon for some to get angry and claim that when they were wrong, the community brothers were not accompanying him. It is one of the most common reasons for abandoning JAR communities.

In those cases he always said that the coordinator, the leader, the advisor, does not have a crystal ball to find out what happens to each one; also in the community we must open our hearts and share with others how we are. But that sense of perception, of getting ahead of the needs of the other, is a key tool in a leader.

It has been my turn to personally live in small communities, even as few as two, and in other communities of Augustinians of up to forty, when I did the novitiate. I questioned that many days you had not spoken to someone not because we were estranged, but because we were so many that there was no opportunity in the day or to cross paths; and this for the friars, who live in community 24 hours a day.

But it has also touched me, in the accompaniment of communities of young people, when the numbers were decreasing, when they received the proposal to join with another so that they could integrate more, the first thing was a great rejection of the union, because they believed that they lost their identity. It took a great effort to make the unification, but after they came together, they were all happy in life for all the new brothers they had. That's what the JAR anthem says:  "dying we're born again."

I think a harmonic number of people is between 8 and 12 is enough to greatly enrich community life.

Any advice to the friars to motivate young people?

The first advise is that they motivate themselves with young people, because an appointment of the superior or that in the Community Life and Mission Project is my name attached to young people that does not mean that he is neither qualified nor fit to work with youth ministry.

Another thing is that to work with young people you have to roll up your sleeves, because young people are demanding, they are challenging and they will ask you much more than any other group can ask for. However, the young Augustinians who know perfectly and very well what the limitations of a friar are when they have to say: "Look, I can't go today to meet with you because I have to be with my community." That a young JAR understands and understands it. It's a very good way to educate the young man in the community.

How to make young people fall in love with The Scriptures and take advantage of initiatives such as Bible Schools?

A young JAR every day, as St Augustine did, must take the bible in his hands. Thank God, little by little much has been greatly deepened in the Youth Bible Ministry and the tools of the Lectio  Divina. I think it helps young people a lot in both their personal and community prayer, it is very important.

It is true what St Jerome said: to ignore the scriptures is to ignore Christ; it is inconceivable that in a JAR meeting is not the Word of God  present; and not as an ornament, but as that which has to guide everything, as the Word itself says: Your word is a lamp to my feet and a light for my path.  That phrase in the life of a young JAR implies that it is no use not having the Bible.

What recommendation to those facing difficulties in promoting JARs in their ministries?

At the time it took a lot and it took years to consolidate the JAR movement. For example, in Argentina, my country, from 1995 that the JARs were founded until 2003 did not begin to fit the acronym JAR itself, which at first had rejection as if it were something invented outside. The first proposal for statutes was rejected in bulk by all youth group advisers.

Over time, seeing the fruits of what God gives away, is the most forceful argument for saying that this is worth it, this serves, and we move forward  with this.

What future do you foresee for the JARs, in about ten years?

I believe, and I hope so, with a much more consolidated identity; in this desire to make the JAR’s all over theAugustinian-Recollect Family, sometimes the first thing that was done is that any youth group in a parish was given a T-shirt with the JAR logo and that's it, they already were.

It's not all JAR, nor JAR is everything. I believe that it is still necessary to consolidate the itinerary, I am not saying for everyone to do the same, but so that there is a common orientation that leads to a common identity in young people.

I highlight the problem of identity because it is one of the most serious crises that we can observe in today's young people, not knowing who they are. Perhaps it's the hardest question for a young person to answer what you do or what you want, know it, who they are is the most difficult and the deepest.

Putting on a T-shirt or singing a song doesn't make you JAR; I am not Augustinian for becoming or not a habit, but for trying to live in my life the values that make up the Augustinian Recollects; in the JARs it is about feeling in my life as a disciple the five notes we have spoken about. That's what needs to be deepened. Identity is nothing else but values that become flesh, which are made alive.

I don't know how I imagine JARs in 25 years; I also don't know if Zoom will exist, but I do hope that the 35 years of the JAR can be celebrated.

What is the coordinator's ideal profile? How long before becoming a member would it take to be ready and become a coordinator?

It's a very relative response, because sometimes you realize that naturally someone who's just started has a profile of leader, coordinator; and other times there are those who have been in a group or community for years and don't have the qualities to be a coordinator.

Should youth and vocational pastoral care be separated?

I believe that we must “vocationalize”  the JAR Itinerary, with concrete vocational events and with proposals of all kinds of vocations. Just read the  Message for the World Day of Prayer for the Vocations  of  St. John Paul  II of  1995.

You are the author of various deepening retreats and some Marians.

When I was a vocational promoter,  I traveled a lot and it was hours and hours alone, sometimes I would come up with things like these deepening retreats. I came up with several, but many I didn't develop them either because of a lack of time or because they were momentary ideas that were more of my business than God.

I intended that there be a retreat of deepening where Our Lady is the center, but the circumstances never occurred as to prepare it or think about it more in depth. It's a challenge to be over.

There is much talk about the birth of the JARs, but there is one thing that is not said much: after the creation of the JARs  we went on a pilgrimage to  Lourdes, to  France: somehow the JARs were born at Mary's feet and therefore the JARs cannot not be Marian.

In Pastoral, gunpowder is already invented. You don't have to do anything new, what you must do is be a good copy of what you see that serves others.

Is it necessary for the JAR community to establish itself where there is a community of religious?

It is certainly not easy for JAR communities to continue in places where there is no longer a religious community, but it is possible.

I hope that the JARs can soon be declared by the Holy See as an international movement, once there are two international coordinators who can participate in international youth forums before, during and after WYD.

enlarge
And what do you think about this?
Tags
The last
AyudaFortaleza Association now Registered and Recognized as Part of the Non-Governmental Organizations for Development (NGOD) Record
The exhibition "We Are Prophets of the Kingdom" begins its journey.
18th Sunday in Ordinary Time
Carlos María Dominguez: "The fruits of 25 years of the JARs is the most forceful argument to say that this is worth, serves and we want to carry it forward" (2/2)
Carlos María Dominguez: "Perseverance in the JAR is given with a deep encounter with Jesus, an attractive and demanding proposal and the experience of the community" (1/2)
And what do you think about this?