"The urgent thing is (...) to give theological-pastoral formation to all lay leaders and strengthen the understanding and prayerful reading of the Word of God" (4/4)

In this fourth and final information on the Prelate of Alto Xingú, Archbishop Jesús María López Mauleón is questioned about the guidelines marked by the "Final Document" of the synod on the Amazon and the Apostolic Exhortation "Dear Amazonia", with an influence above all on possible new ministries and in the Amazonian liturgical rites. 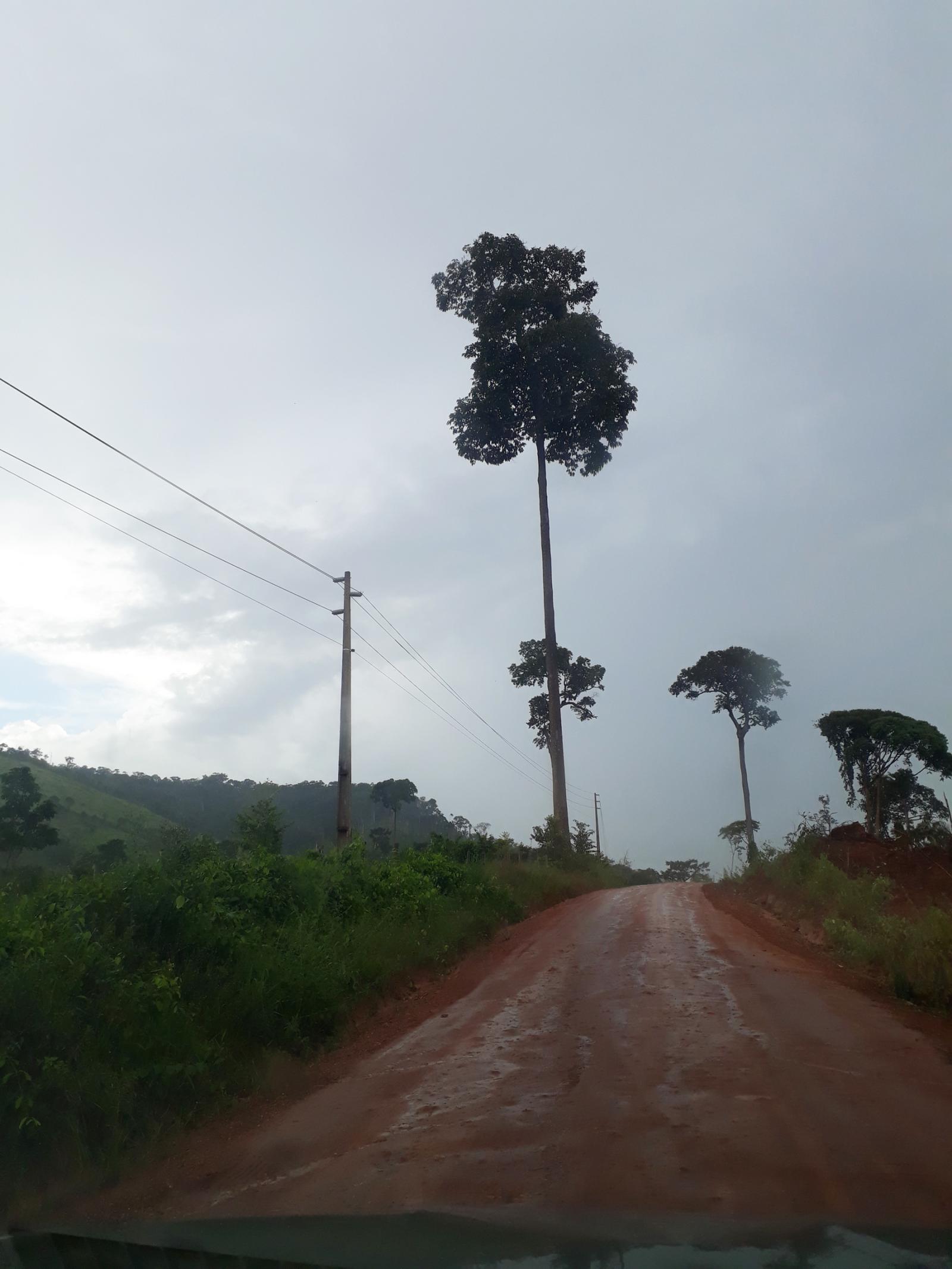 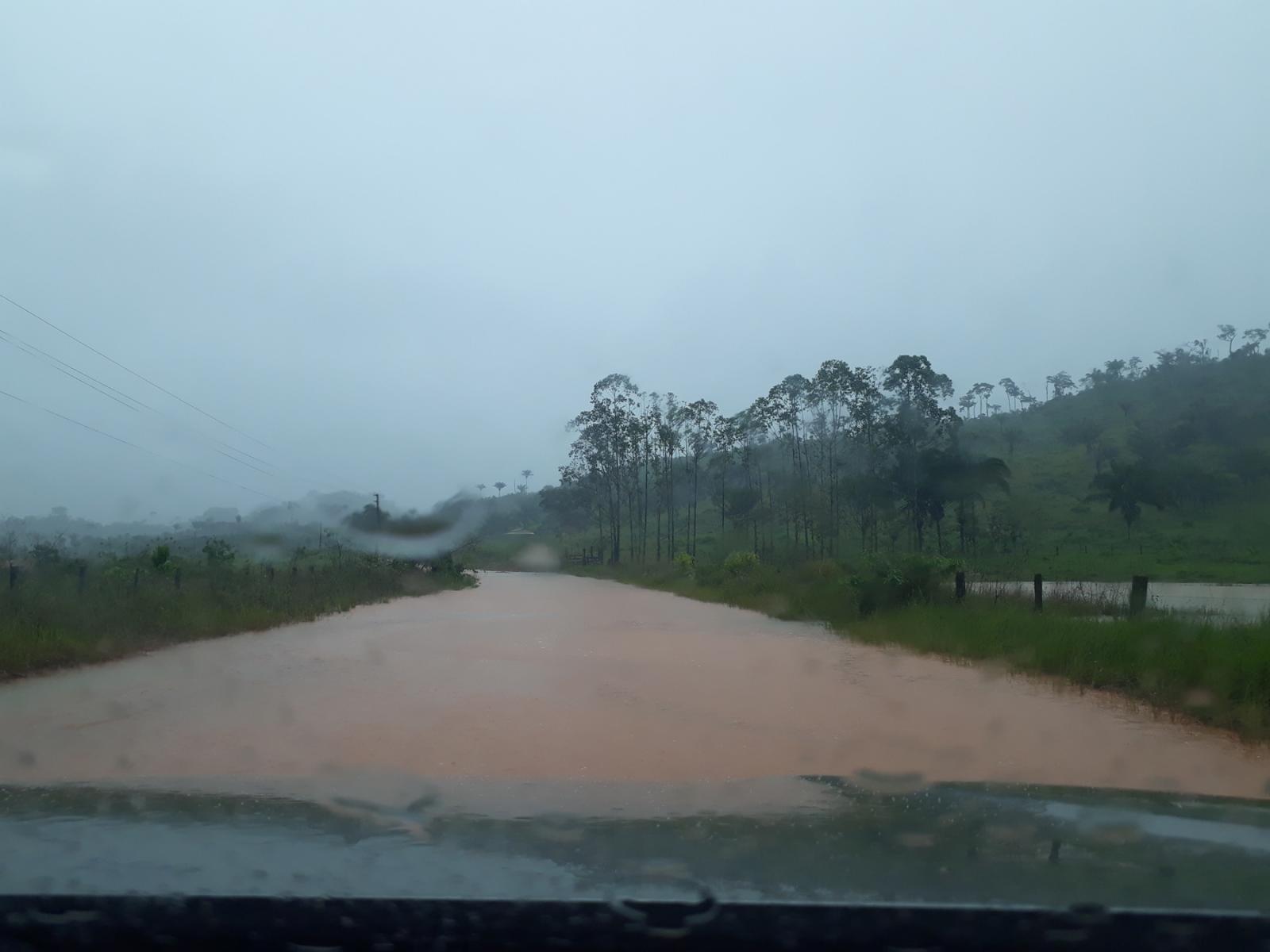 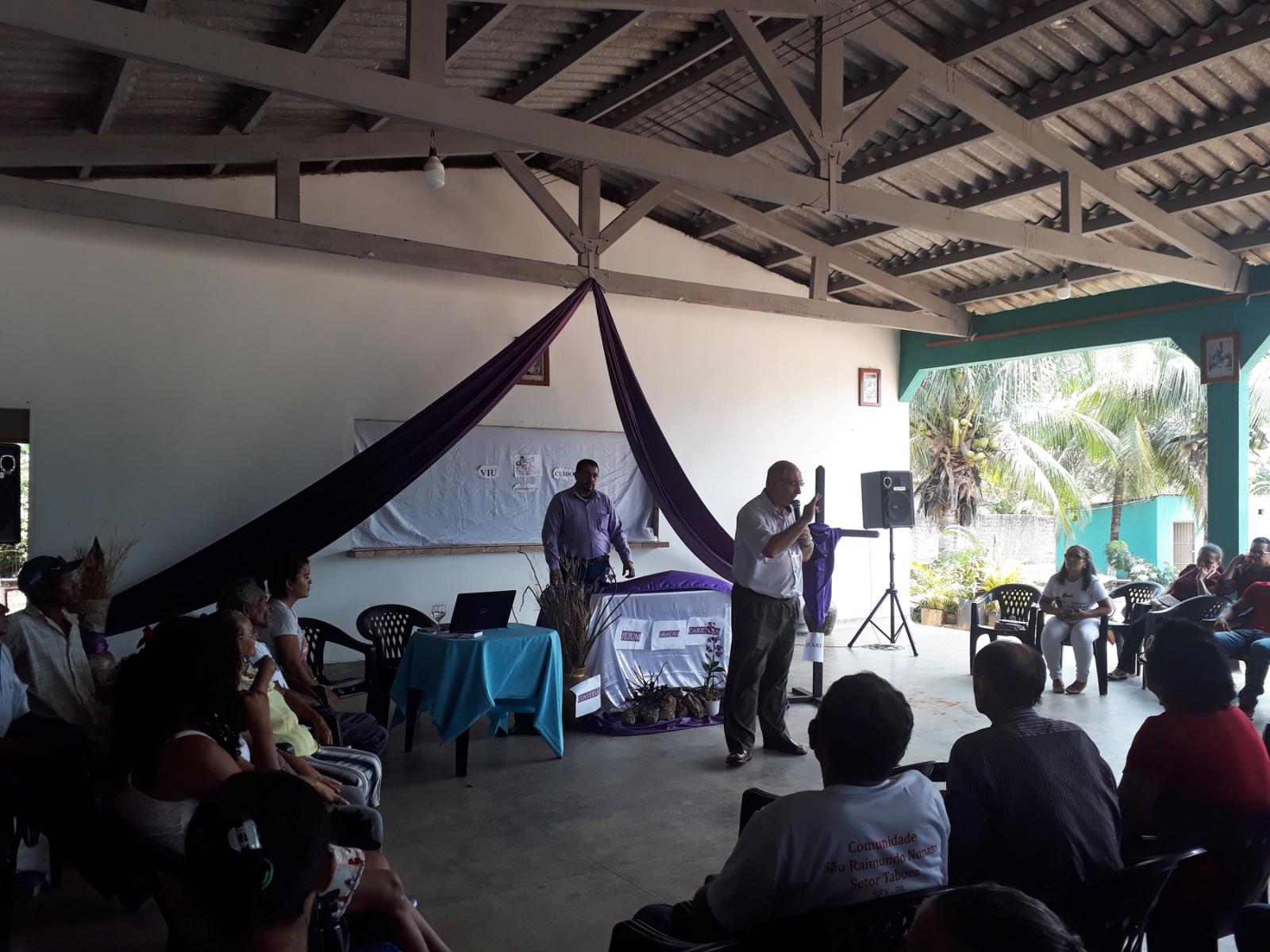 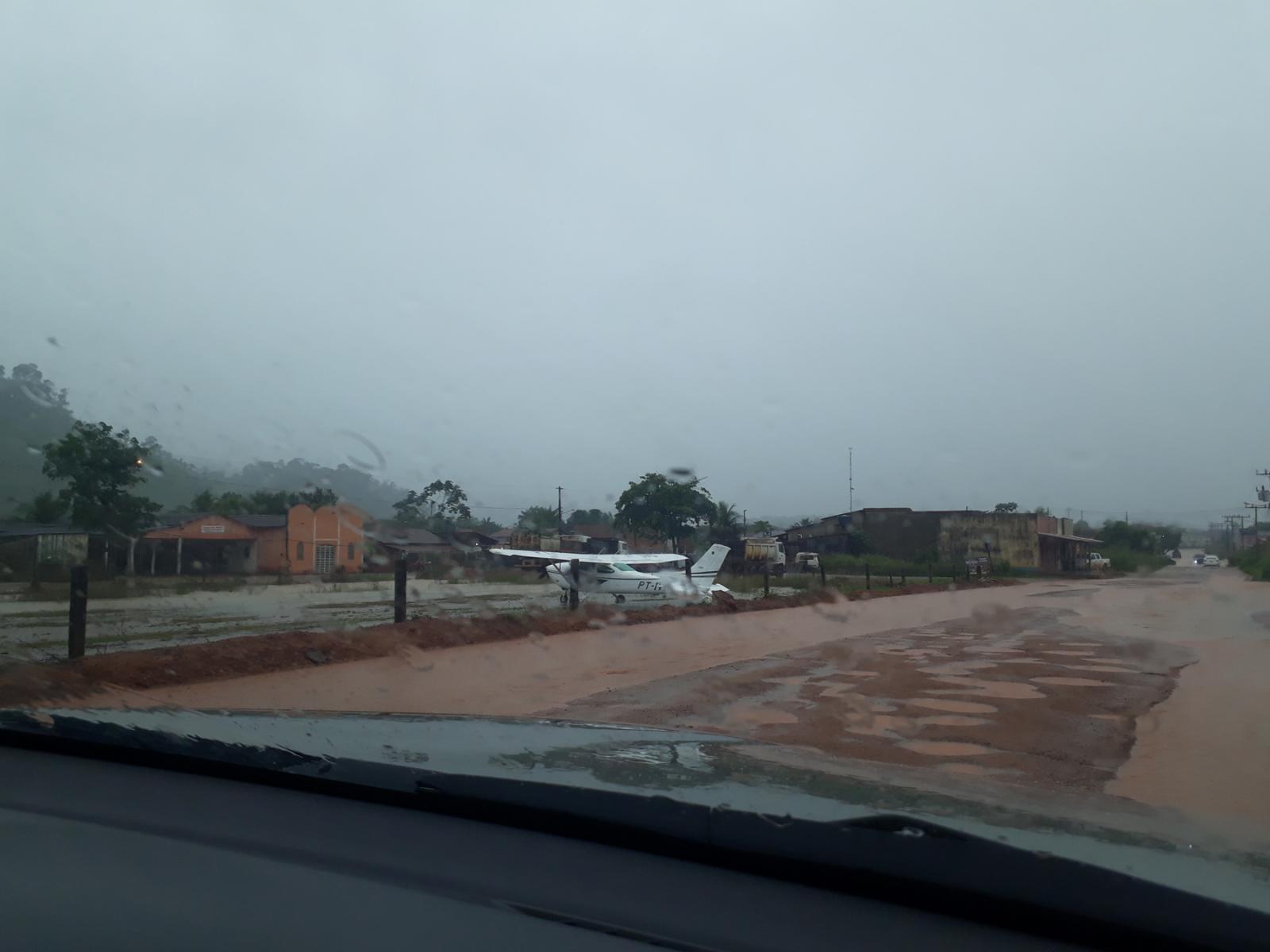 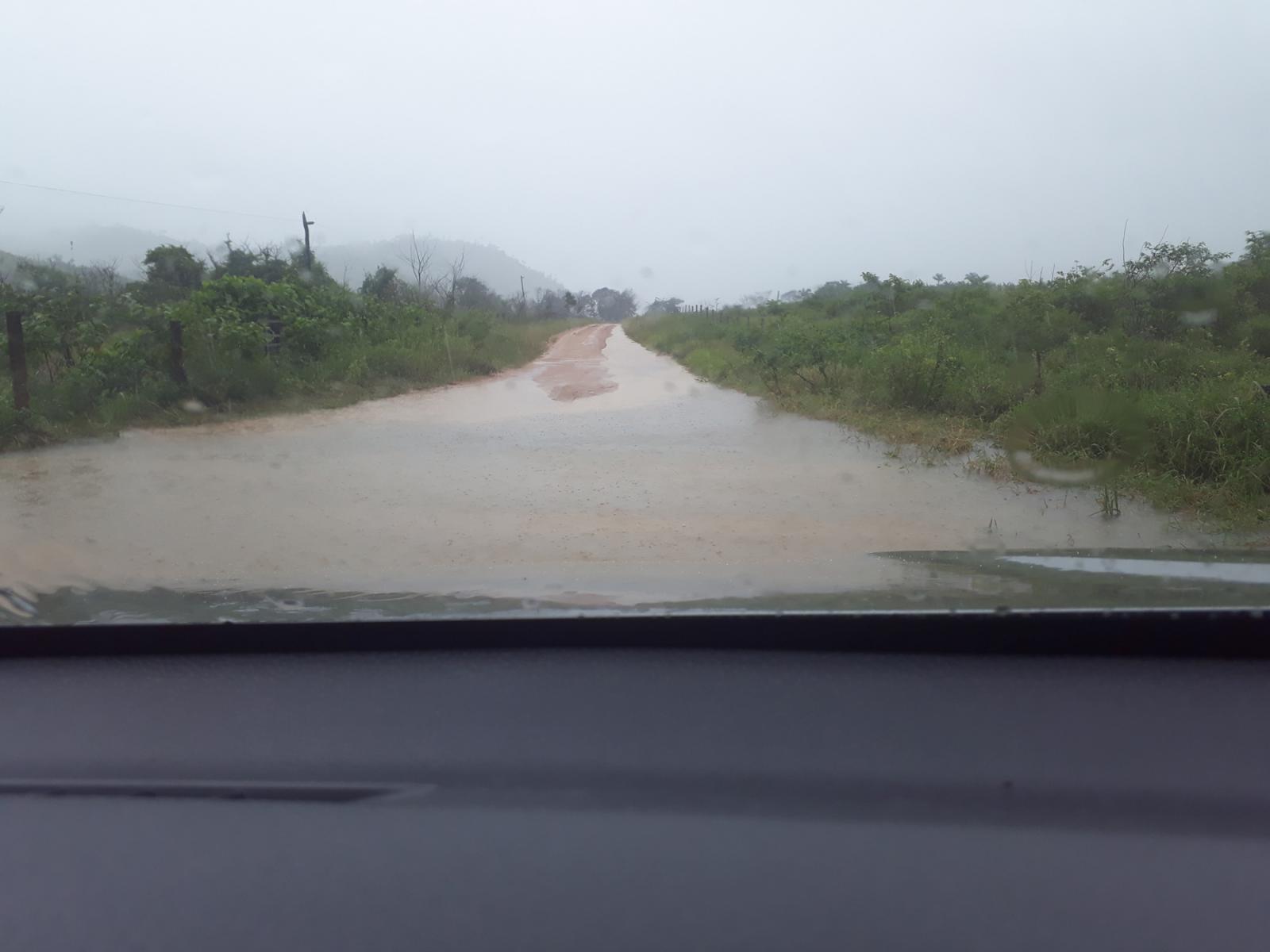 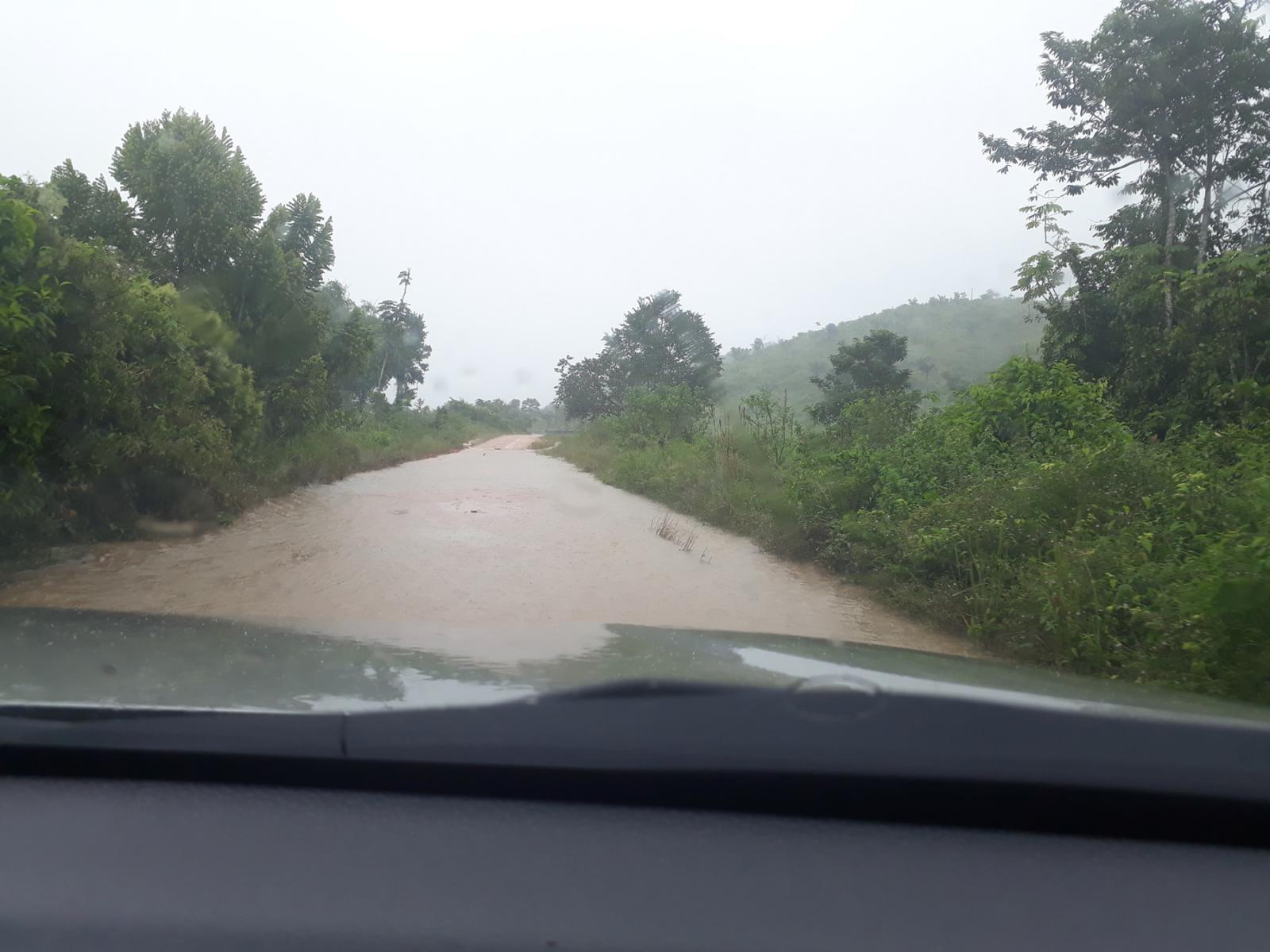 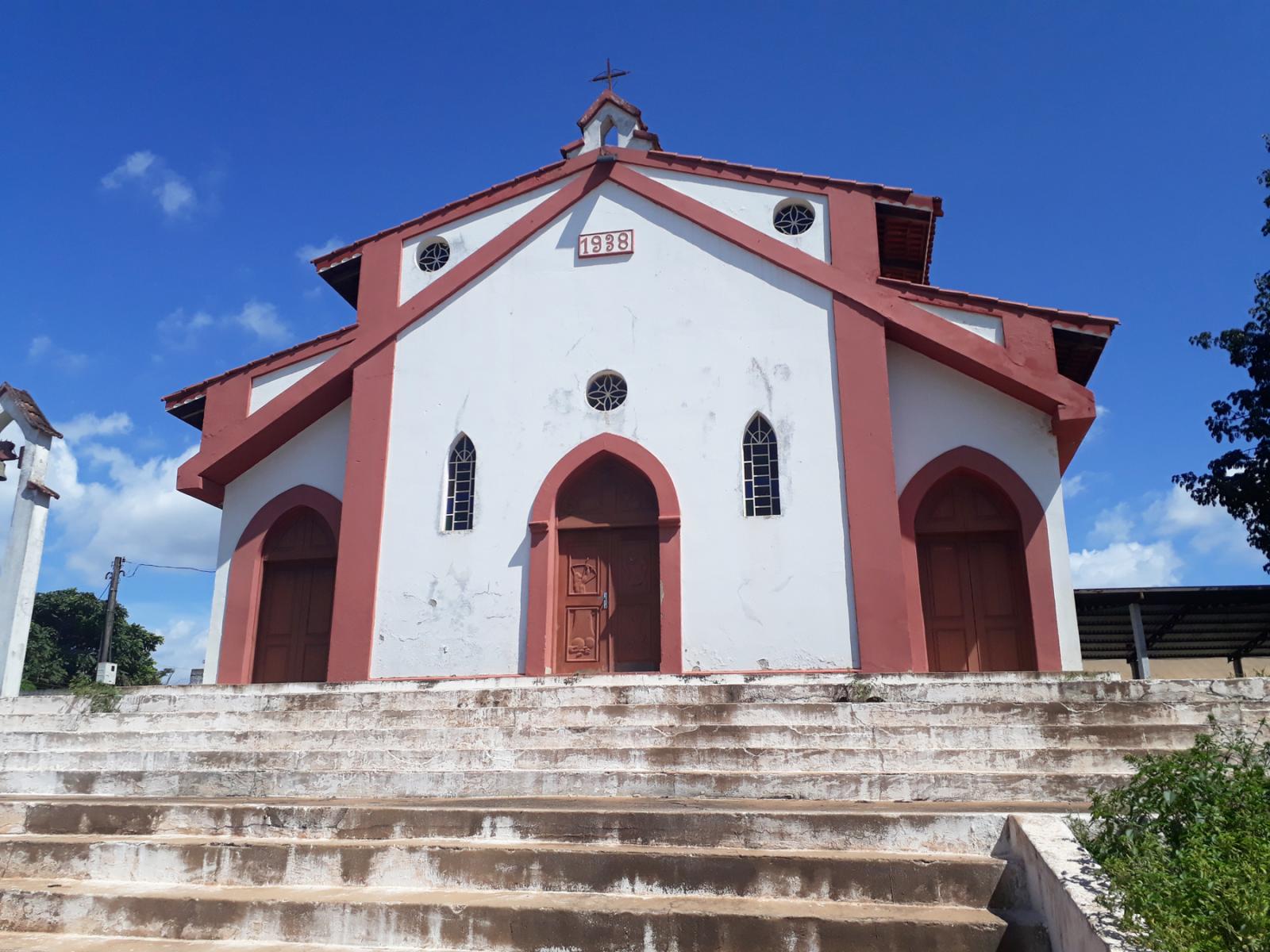 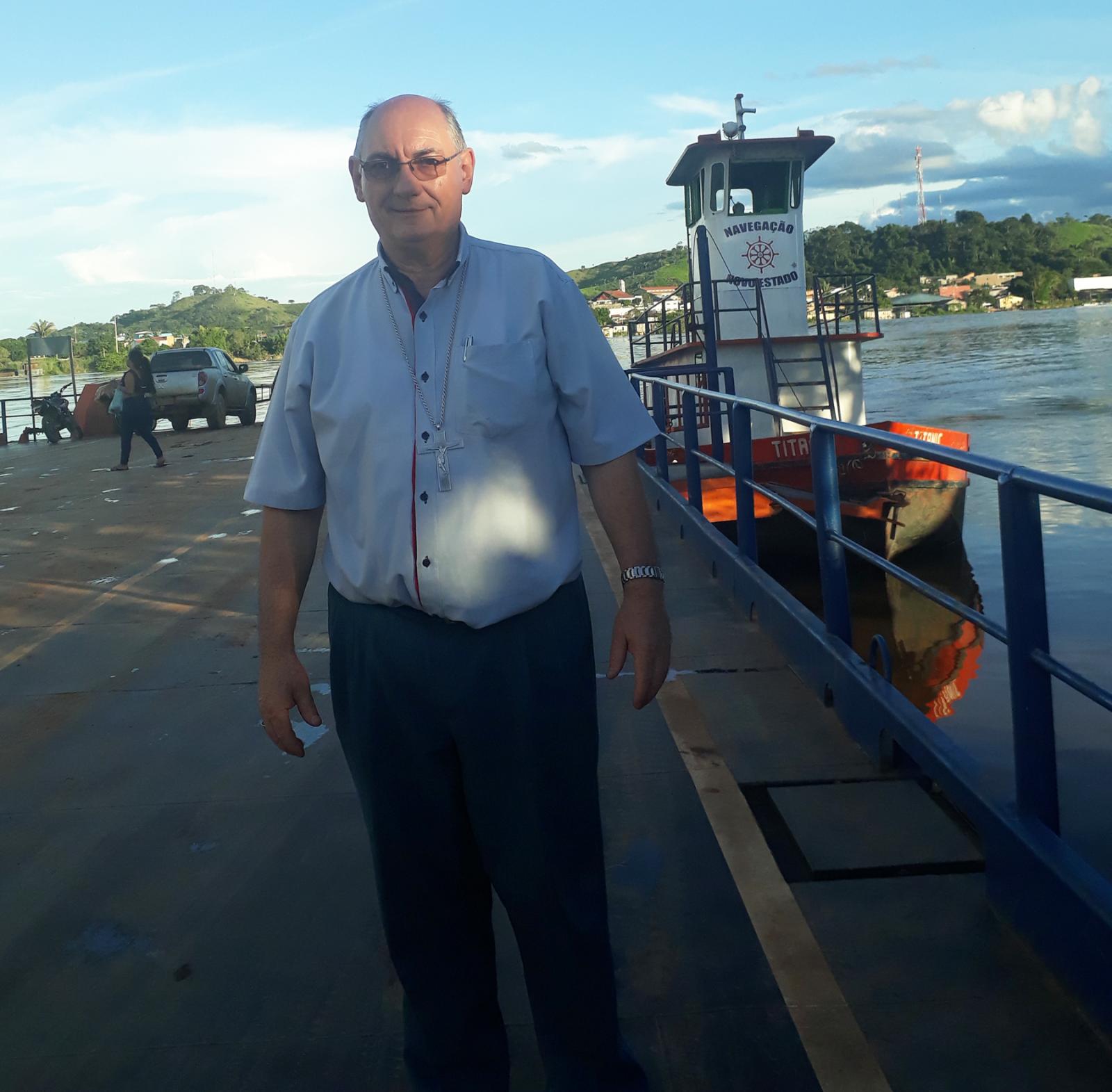 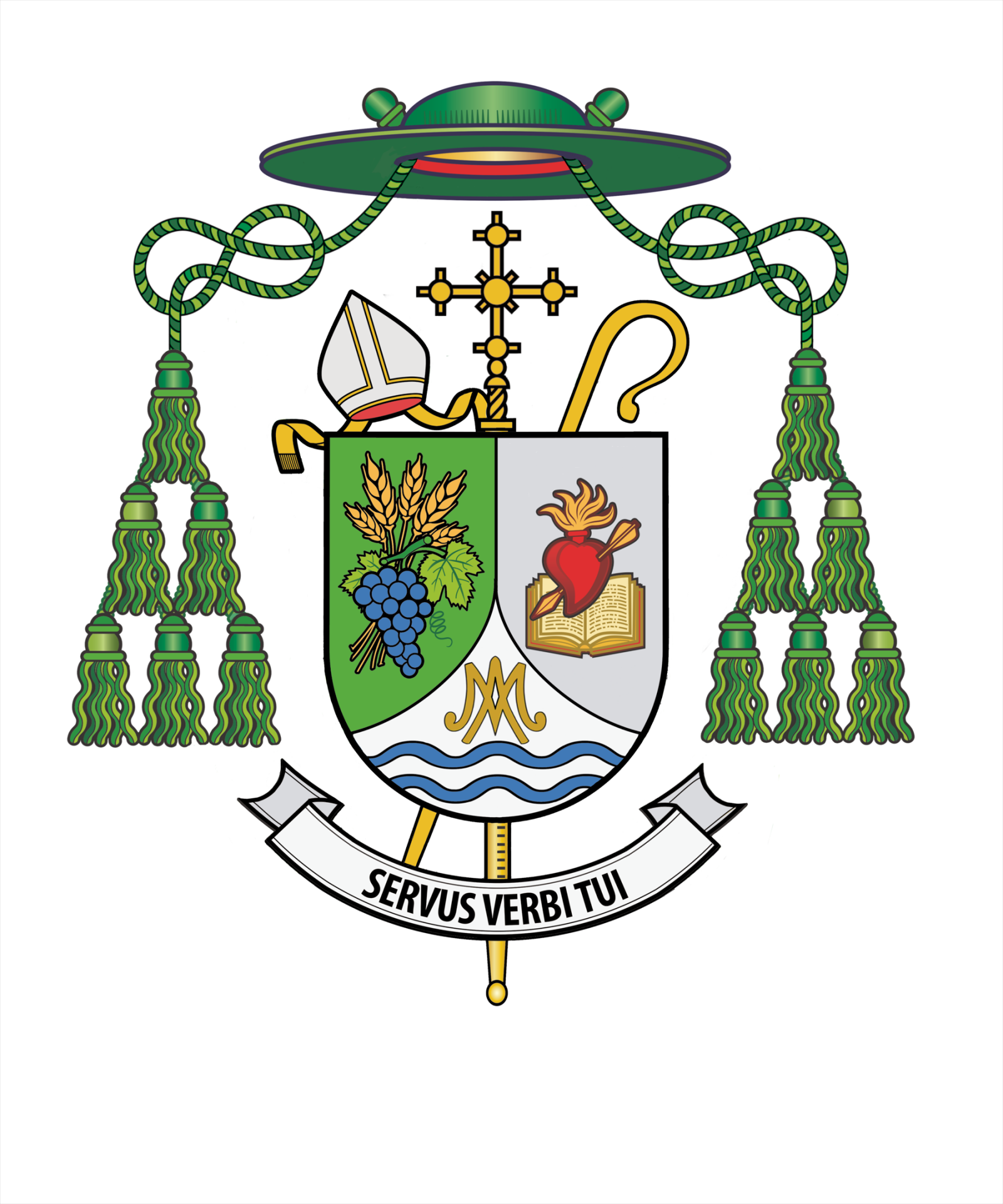 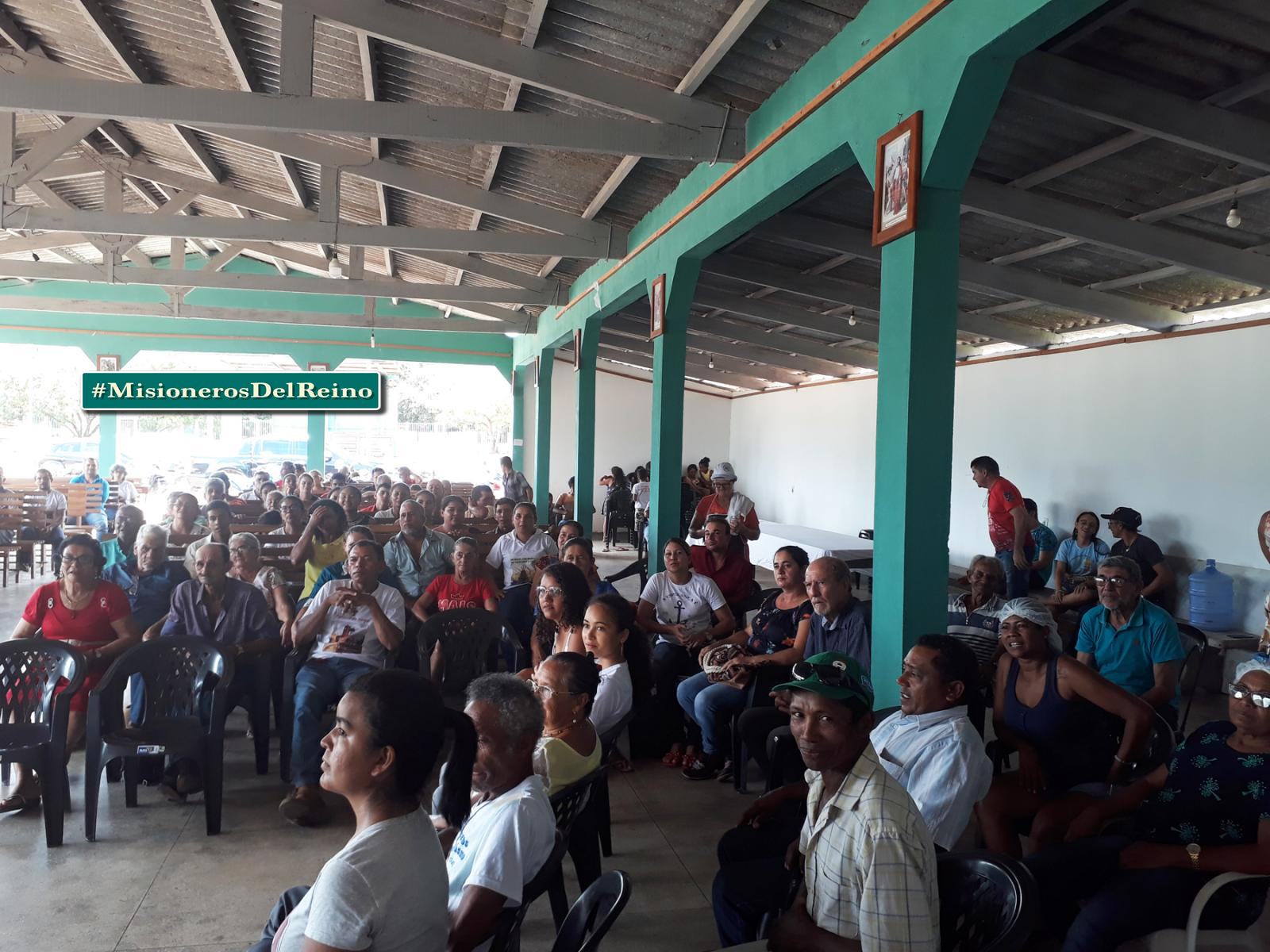 Pope Francis' Apostolic Exhortation "Dear Amazon" confirms the position, already proposed by the Second Vatican Council and the post-conciliar Magisterium, to enhance the missionary work of the laity, even by creating new "ministries", according to the needs of each local Church. What do you plan for your High Xingú-Tucum prelature?

The 2019 Synod Final Document and the long-awaited Apostolic Exhortation "Dear Amazon" disappointed the tabloid press and calmed the most uneasy by the humming possible admission back to exercise the ministry of married parents or the priestly ordination of married lay people, men of proven faith, or permanent deacons.Documento Final The fact of being a Prelature of new creation and with little clergy this matter is contemporary: it is raining the most varied offers to make a missionary experience, to receive parents not well integrated in their dioceses, seminarians who want to know this reality and to make a vocational-missionary accompaniment... There are many tempting offers of open arms and would serve as a great revulsive to create and develop pastoral plans in the Prelature. For the moment, we will continue to know the reality and count on the religious who work here, confirm what is already a reality: the outstanding presence of women and their active participation in the ecclesial community. If anything, as the synodal document recalls, collecting the feeling of the Apostolic Exhortation  Evangelii Gaudium:  "expand the spaces for a more incisive female presence in the Church"(n. 103). The permanent diaconate is not yet instituted, which would give more strength to large communities (more than 1000 inhabitants) with few ministers of the Eucharist and would give us more options within the villages of the Indians. There must be, but we still don't know the "men of reluctant faith."”.

Have you already planned to establish some specific channels to implement the pastoral lines outlined in the documents cited?

I indicated a few fundamental pastoral lines of where I see that the Prelature must walk, but the actions are still undefined.  However, I would like to answer this question. From my inexperience and supported by the few face-to-face meetings with priests, religious and laity, and some online, I find the following fundamental needs that are most necessary here and are already outlined in these documents.

-the cultural value of Amazonian villages and villages in their territories, for which the synod asks us to convert culturally, and

-the “Amazonian common house", a socio-environmental dimension of evangelization, for which the synod proposes an ecological conversion. This will require us to create special ministries at the service of person-habitat integration and, perhaps, a new ritual because of an initiation into the in-culture Christian life.

On these highlights, I remember how in Marcilla, when we spoke a little to Father Mariano Gazpio, he told us that he spent almost three years in a small room praying and learning Chinese. Many novelties and different knowledges, but always the first the prayer. For here history is also repeated; even the language of the different groups of Indians is new. Is it just this? No, but these three points I see from here more necessary so that all the pastoral plans of the Prelature have the sap that augurs abundant harvest for the Kingdom.

The Prelature of Alto Xingú-Tucum is included in the so-called Brazilian Amazonia, so it is fully affected by what is established by the 2019 Synod Final Document and the Apostolic Exhortation "Dear Amazonia". Have you already planned to establish some concrete channels to implement the pastoral lines outlined in these documents?

I briefly play some realities that outweigh me, but I don't want to leave them unaddressed. I did not participate in the synod on the Amazon  like the other bishops of this Amazonian context and I always saw the northern states of the country as the most unknown. Therefore, I am not sure what I am going to say.

At the end of the Final Document of the synod the theme of a "Rite for native peoples" is played. In our Prelature most are immigrants from Brazil, and the native peoples are mainly Indians. Different villages, with their structure, scattered in an immense jungle: only the groups of  Cumaru  are spread throughout the central massif over more than 600 km. Shortly after arriving, I was the head of the National Indian Foundation (FUNAI) for the first visit to the villages of San Félix de Xingú, but the pandemic has not allowed it. I had contact with people who lived here 40 years ago. What I heard seemed very strange. It's like imagining well-organized houses where they live and the thatched villages to film.

I say this because the diversity of tribes and peoples is so great that it is difficult to discover that purported and complex unity within the diversity of peoples, with different features and faces, other than that of the same or similar Amazonian habitat. The document comments on the space opened by Vatican II  for  liturgical pluralism, with legitimate adaptations for various groups of peoples (SCSC  38). It is true that the liturgy must respond to culture, and so it has been doing so from the post-conciliar. But what elements unite these peoples spread in so many Amazonian countries? If in  Spain we have the Hispanic rite, what will we say, only talking about the state of Pará, which is more than twice the Spanish territory?

Nothing to object to, to adapt the liturgy to the Amazonian communities by valuing their worldview, traditions, symbols, and ancestral rites. It is certainly necessary to translate the Bible and liturgical texts into the languages of the different places;  adaptation of the shape of the sacraments, respecting the essential...

I understand that we are still in the stage of gathering the liturgical, theological, and spiritual heritage of the Amazon in all its diversity, as the Church did with other cultures. The journey is long to reach an Amazonian criterion that enriches evangelization by expressing faith in one's own culture and sense of Church. The synodal study of all this cultural and religious richness will tell us what steps we can take and, no doubt, the Holy Spirit will also accompany this Church.

Even without knowing the difficulties that this entails, I believe more urgent and challenging to be able to approach the indigenous world by proclaiming Jesus Christ in a serene proposal. The prudence of not imposing – as the Spaniards are accused here – the Catholic religion leads us to a situation of displeasure. It is only allowed to visit, but without talking about religion. However, since evangelical pastors do not have the Indigenous Missionary Council (CIMI) to control them, they enter the villages in their style, and in some tribes the Indian chief already professes Protestant.

The countryside is immense and very dispersed to know the particularities of each village or of each group of Indians or Aborigines. To think that an Amazonian rite  would be necessary for a better evangelization has its great difficulties, because the same Amazonian rite for all, will it satisfy the different ways of thinking, the anthropology of each group and the varied forms of religion? I understand that before there has to be a long journey of evangelization, presence, knowledge of the language and customs, and then enter the symbolic world of these peoples and concrete a rite of prop with all the catechetical details that would entail. We would say that we are on our way to that future and possible rite that identifies and helps the experience of the Catholic faith in Amazonian culture.

As I have already said, I have not visited any indigenous villages (name that is no longer well seen here) and I cannot say if there is any village or ethnic group that does not know the Gospel. As I am seeing the presence, a little distant, without the proclamation of the gospel and knowing that parents who know the language never celebrate Mass in the villages of the Indians, it is very likely that, if not whole groups, there will be villages that have never been evangelized. When you visit and learn more about the reality, I promise a monograph about the Amazonian Indians of our Prelature.

I conclude here this review of the Prelature, longer than I thought, but hoping that the interested parties can know a little more about this reality. In five months, you can't go deep. When I have more experience, I hope to write more about the origin of Tucumo  and will be able to report other data with more ownership.

If you are interested in this Prelature, do not stop praying and contact us, because our site will soon be active: prelaziadoaltoxingu.org.br

If you want to stand in solidarity with this nascent Church, we are missing almost everything: clergy, episcopal house, Curia, seminary... But we hope to achieve all that little by little with the help of all, for the glory of God.

Thank you very much, Monseigneur. Visitors to this page thank you for all your information and we encourage for some to share their time, talent, and treasure with the Prelature of Alto Xingú-Tucum.