"Servant of your Word", motto of the episcopal shield of the Augustinian Recollect Jesús María López Mauleón, Bishop of Upper Xingu

Tomorrow, December 29, he will be ordained Bishop of the Prelature of Upper Xingu, Pará, Brazil, the Augustinian Recollect Jesús María López Mauleón. The Archbishop of Fortaleza José Antonio Aparecido will act as chief presider in the ordination, and as co-presiding bishops, Archbishop Santiago Sánchez, Augustinian Bishop of Labrea, AM, Brazil, and Joao Muniz Alves, Bishop of Xingú-Altamira, Pará. 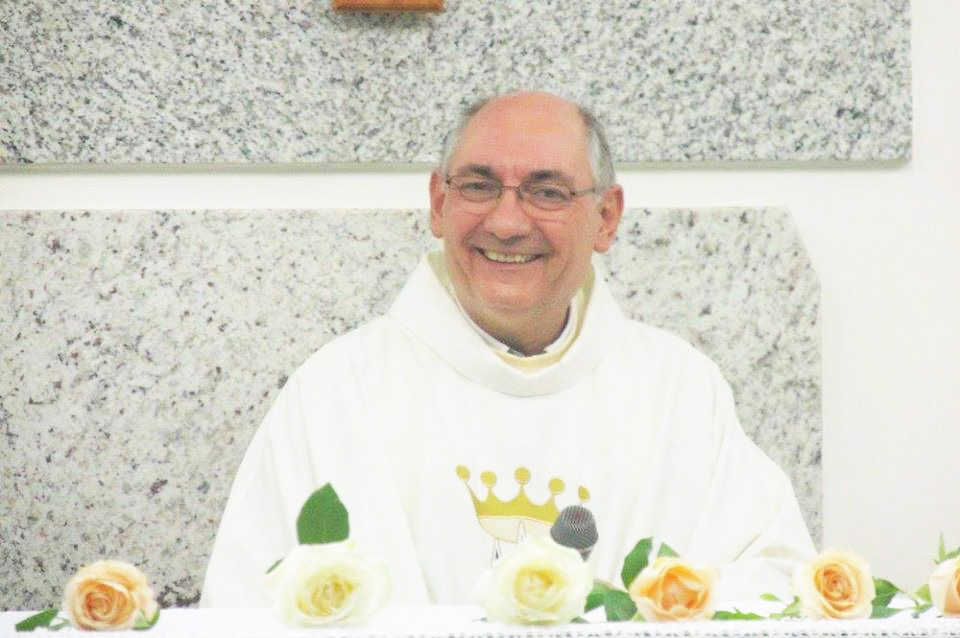 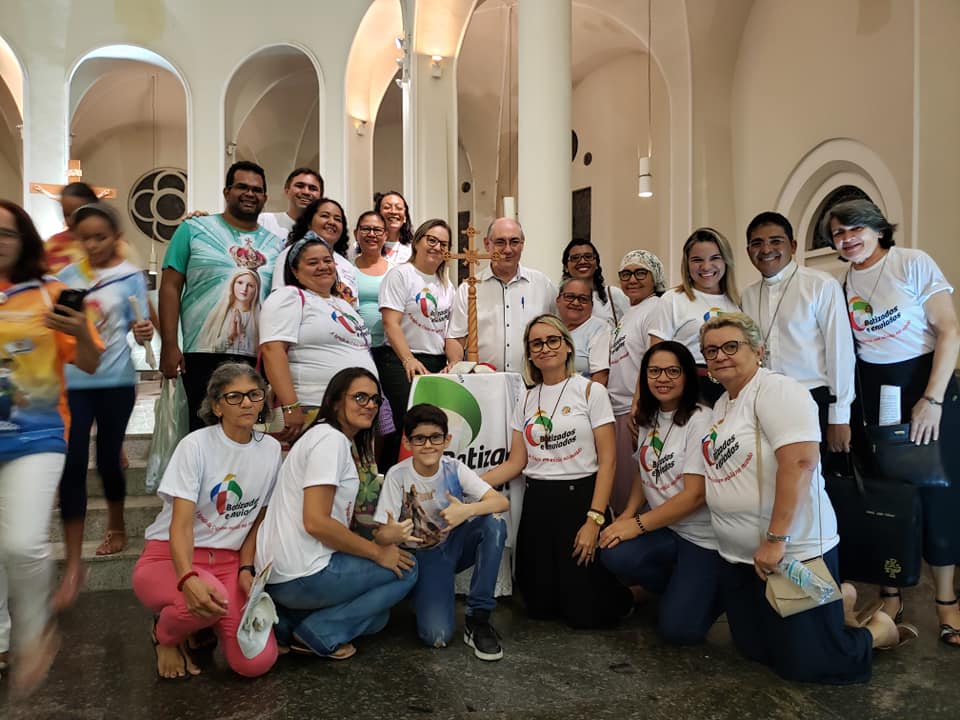 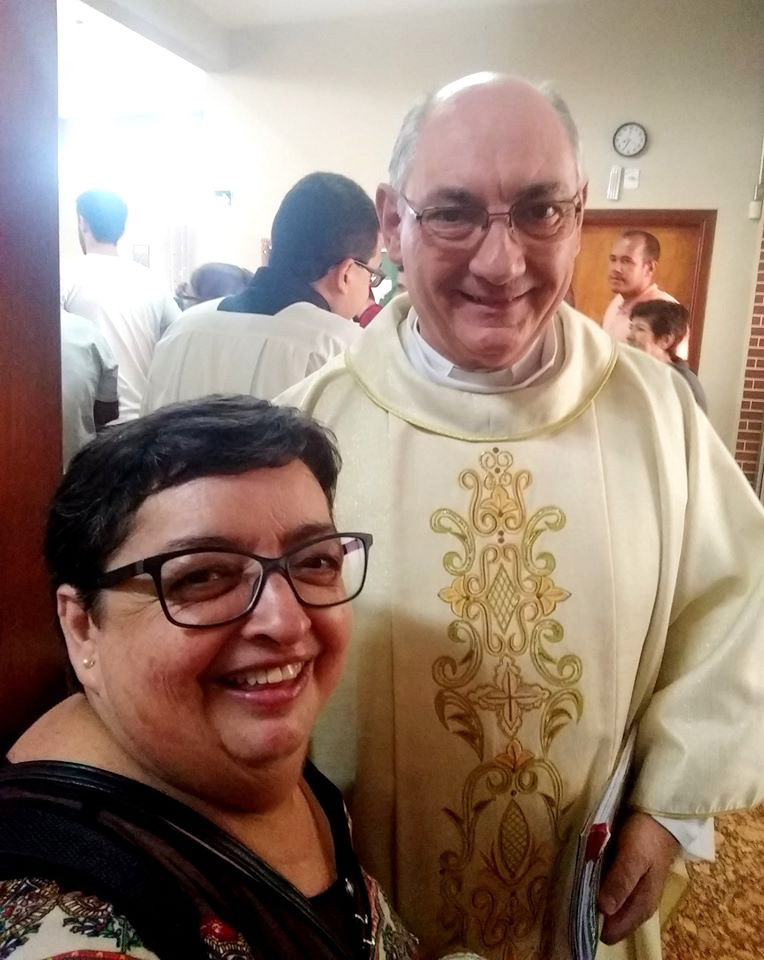 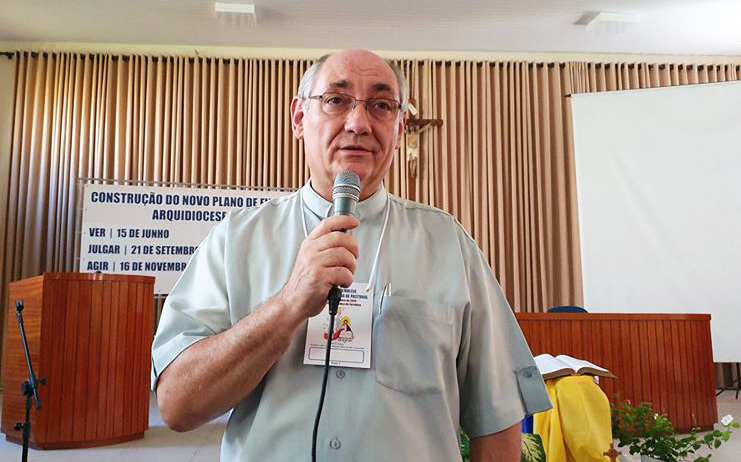 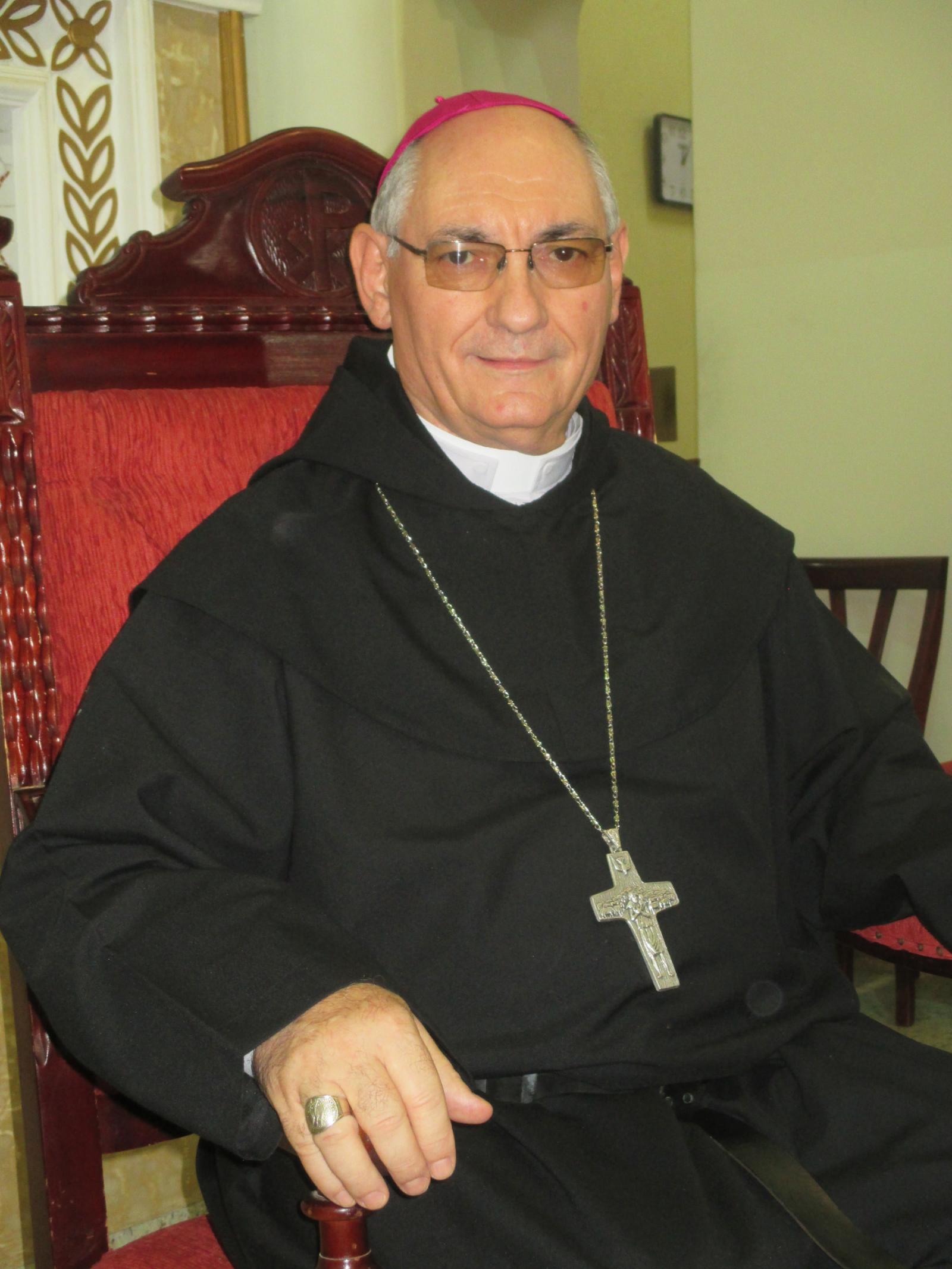 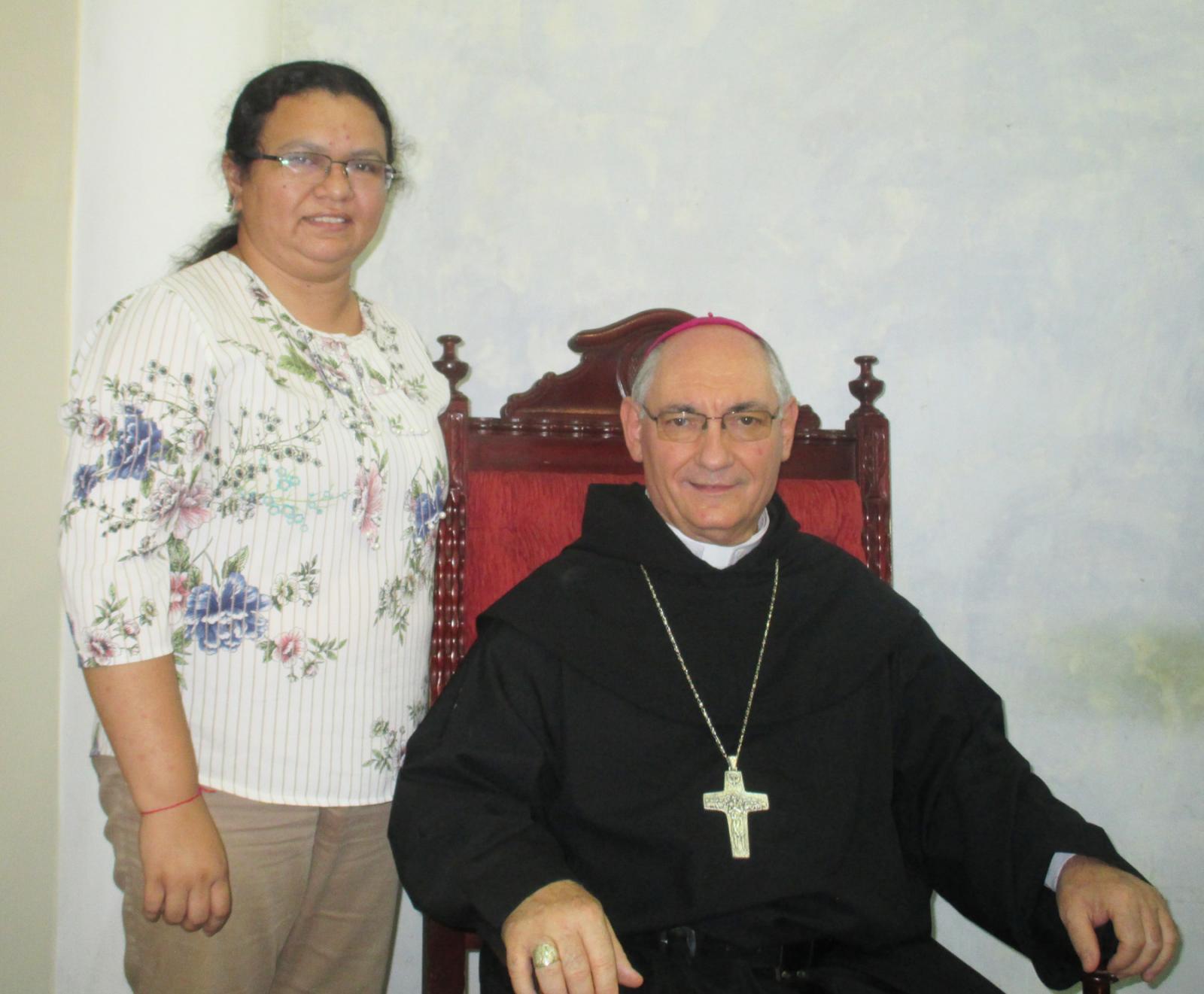 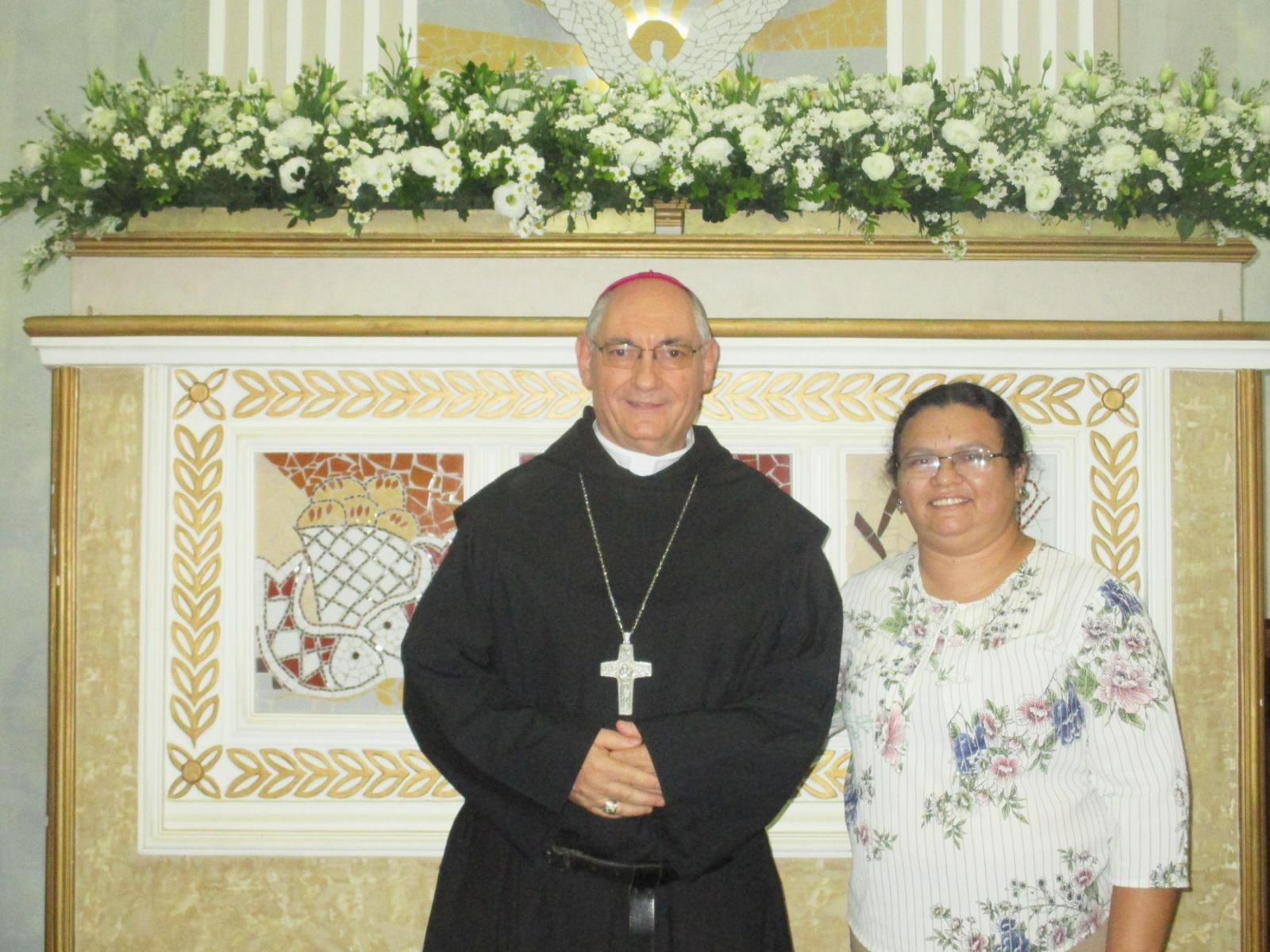 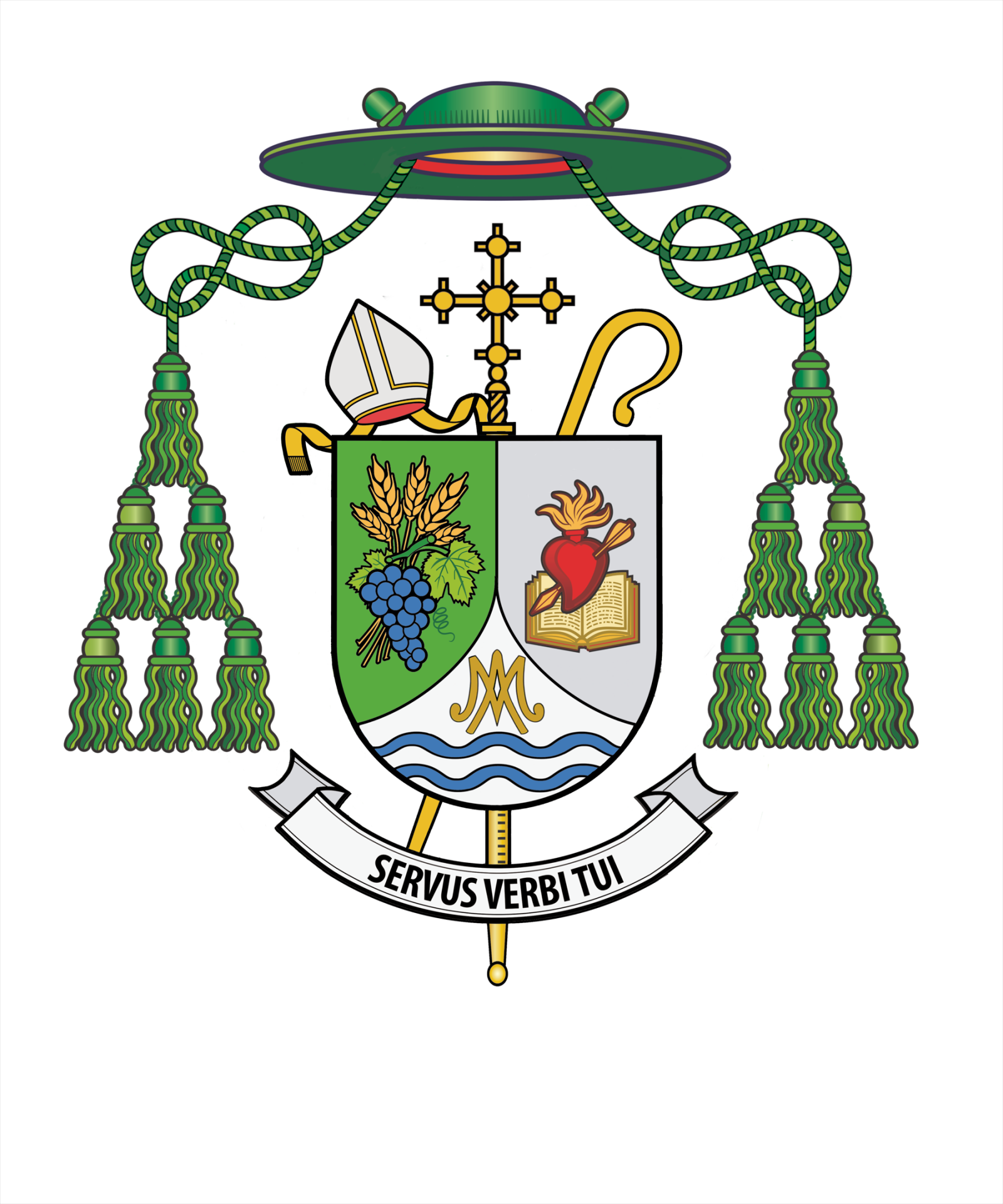 In the same way that the organizers of an important campaign, congress or event carefully choose a motto, that is, a phrase that becomes an expression of the fundamental message to be conveyed, also in the ecclesiastical world bishops choose a theme that comes to become an inspiring horizon of all his pastoral work.

The named Bishop of Alto Xingu-Tucum ,Friar  Jesús María López  Mauleón has chosen as his motto the phrase of St Augustine "Servants of your Word", an understandable phrase given the nature of the Church to which he is to serve, for he will have to become a markedly missionary bishop and also taking into account his main dedication as a priest, pastoral care in multiple places and sociocultural contexts.

The episcopal shield, for its part, summarizes the themes that López Mauleón wants to stress in his pastoral work as bishop.

We offer below the heraldic description of the shield and then the interpretation of the elements that compose it, according to López Mauleón himself.

Attached to the shield an upright missionary cross, on the left a sloping ecclesial staff, both golden. On the right side, a silver and gold infused ecclesial miter, slightly slanted to the right.

Topped with a green galero or “pilgrims’ hat”.  Encircled with its cords and tassels (fiocchi), six on each side in order of 1, 2 and 3; all in green.

On a silver stripe, superimposed at the bottom of the cross, appears in obsidian letters the episcopal motto:"Servus Verbi tui" (St. Augustine, Confessions 13, 36).

The shield has a tripartite form, with dividing lines symbolizing the Trinity in Unity, as well as the triple episcopal munus: teaching, sanctifying and governing. The three fields manifest different aspects of my personal and spiritual life, although the symbols speak for themselves. It does not fully obey the norms of heraldic aesthetics, losing harmony in favor of missionary sense and personal experience.

First field: "Mi Padre is the farmer"(John 15,1). Farmer: trade I learned and practiced with my parents and brothers... planting and expecting abundant fruits is what fills the heart of every farmer with joy. Later, when the"words became for me food"(Jeremiah 15:16), I discovered that God lovingly cares for the vineyard and is saddened when He does not produce the fruits He expects (Jeremiah 2,21; Oses 10.1). Wheat and grapes, which in our house were converted into bread and wine, then by the Eucharistic mystery would be the Body and Blood of Christ; the starting point of my vocation, the source of the Father's mercy and a bond of communion. Maximum wisdom of the Father: the grain of wheat dies to bear fruit.

Second field: "From the womb I consecrated you"(Jeremiah 1.5). I formed you, you are my servant (Isaiah  44:21). Baptized the day after I was born and fed by a balanced family spirituality and as a child I was open to a special consecration. The Order of Augustinian Recollects was the mold the Lord used to forge the communal sense of life, the burning love of charity, and wisdom in the unconditional service of the Church. I recognize my heart hurt by my sins and in the process of permanent conversion to the "service of your Word".

Third field: "You will receive the Holy Spirit and you will be my witnesses"(Acts 1:8). At the bottom we highlight the water, source of life, inexhaustible river, new presence of the Spirit that leaps to eternal life. From the evoked text, the strength to bring the Gospel to the inscrutable confines of the Father's will, origin of all missions. Crowning the Spirit, the most beautiful flower, mediator of all graces evoked by us as Mother of Consolation and Star of Evangelization.

The shield is supported on the missionary cross as a central sign, the reason for the whole ministry: to give life for the proclamation of the Gospel. On the sides, miter and staff, signs of pastoral care and sanctification

The entire shield is crowned by the galero or “pilgrims’ hat” with wide wings, with its laces on each flank, six on each side, with twelve balls of the same color that give episcopal dignity to the whole.

Finally, under the tip of the cross, the episcopal motto, also realized in three words, verbalized by our father St Augustine and grounded in all the biblical tradition: Servant, Word, Yours. The Word of the Father, carried by the action of the Spirit to every creature, to which we serve with our lives.