“You have called us and have placed in our hands the mission to proclaim the good news of salvation, count on us!”

Sergio Sánchez, prior provincial of the Province of Saint Nicholas of Tolentine of the Order of the Augustinian Recollects, on the feast day of the patron of this religious Province, sends a message to the entire Augustinian Recollect Family in the provincial sphere promoting a special missionary effort and revitalization for the 2019-2020 academic year. 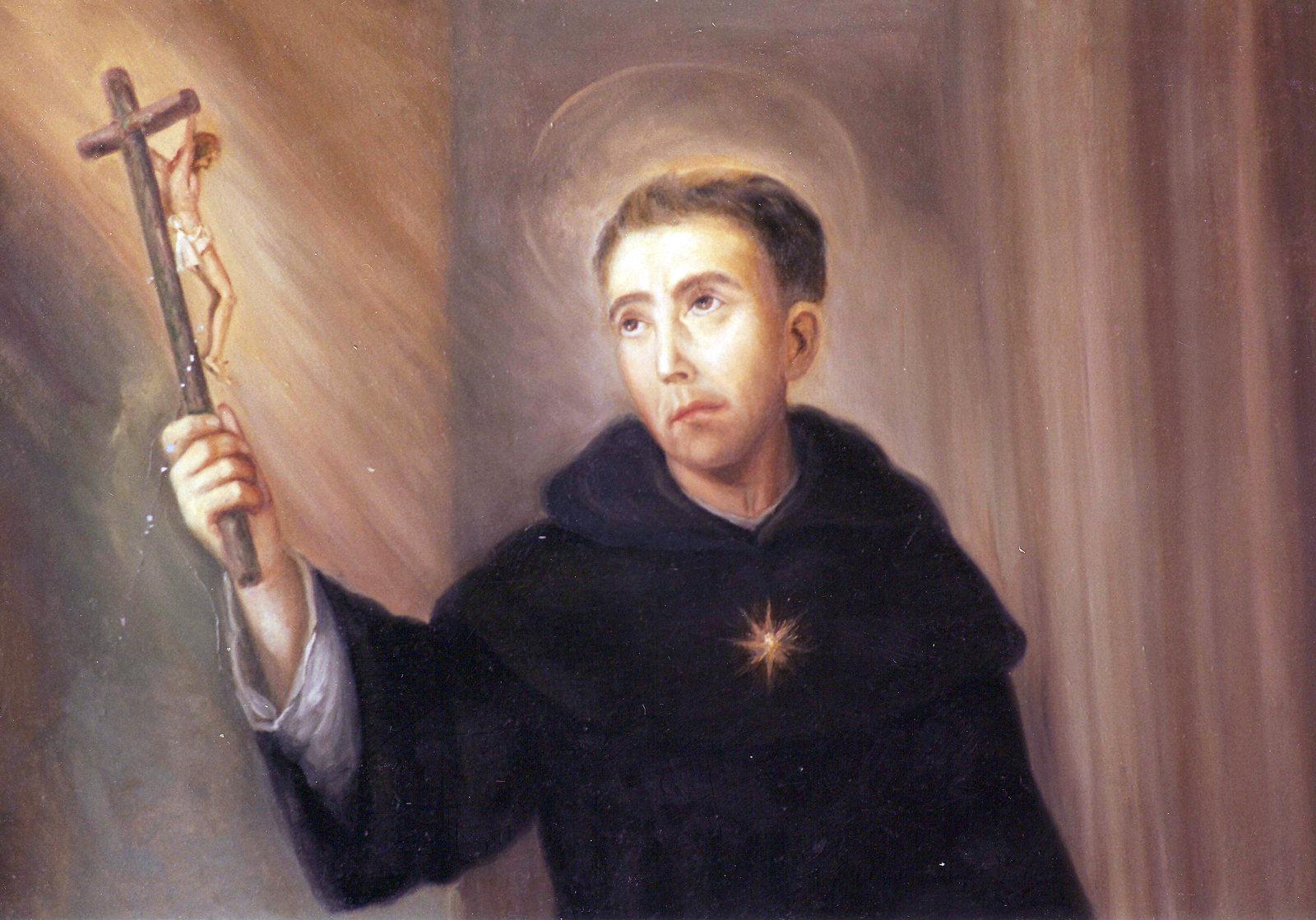 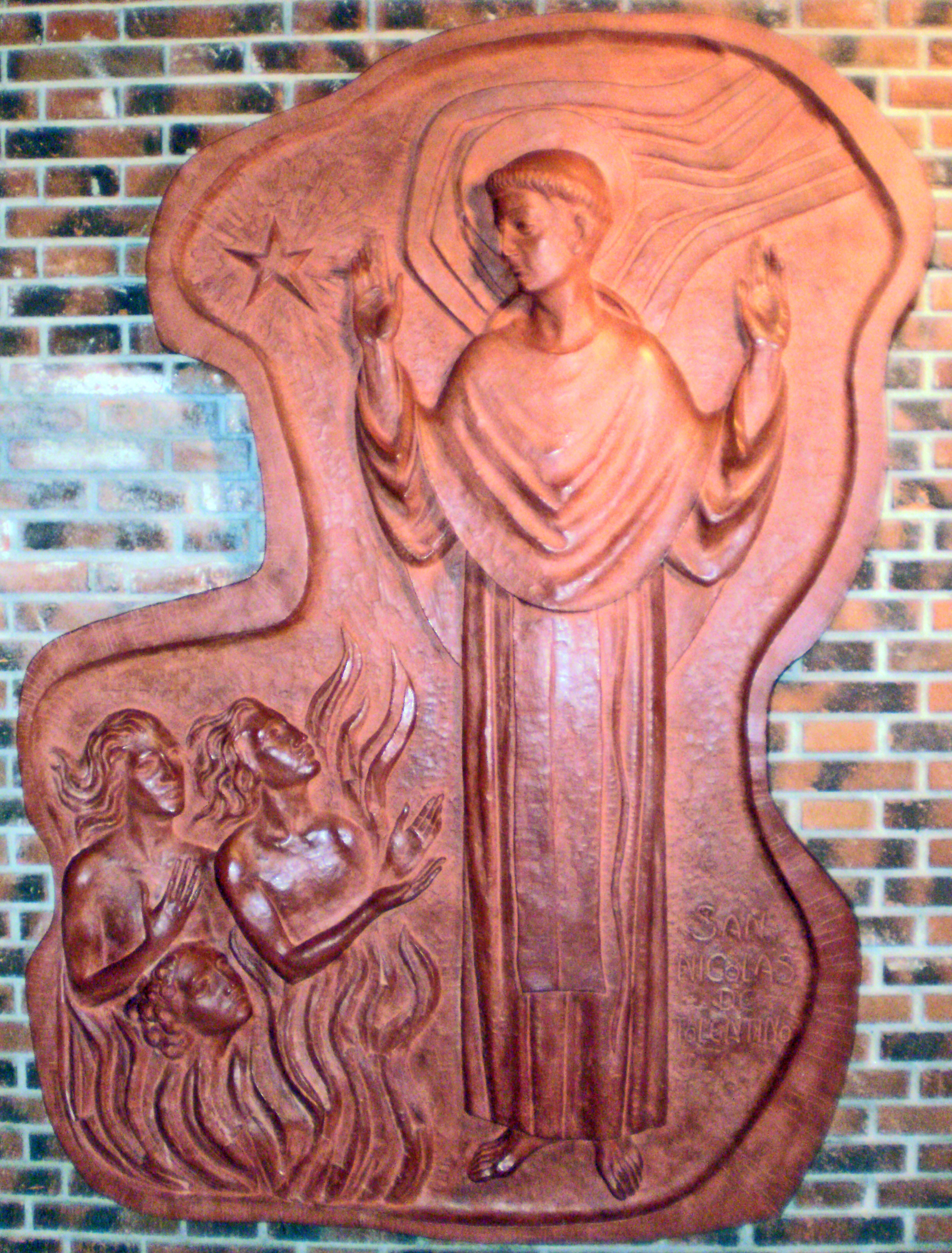 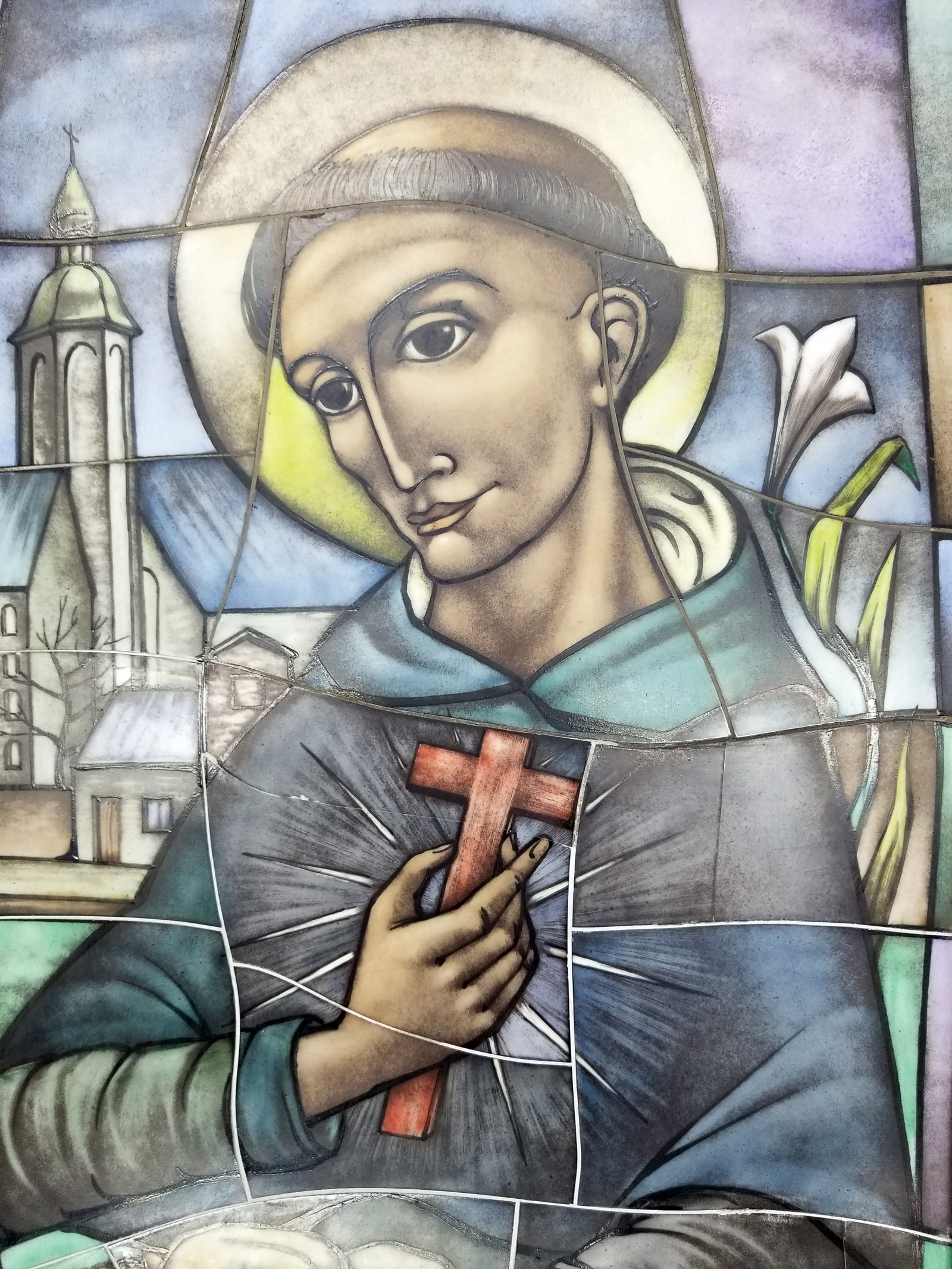 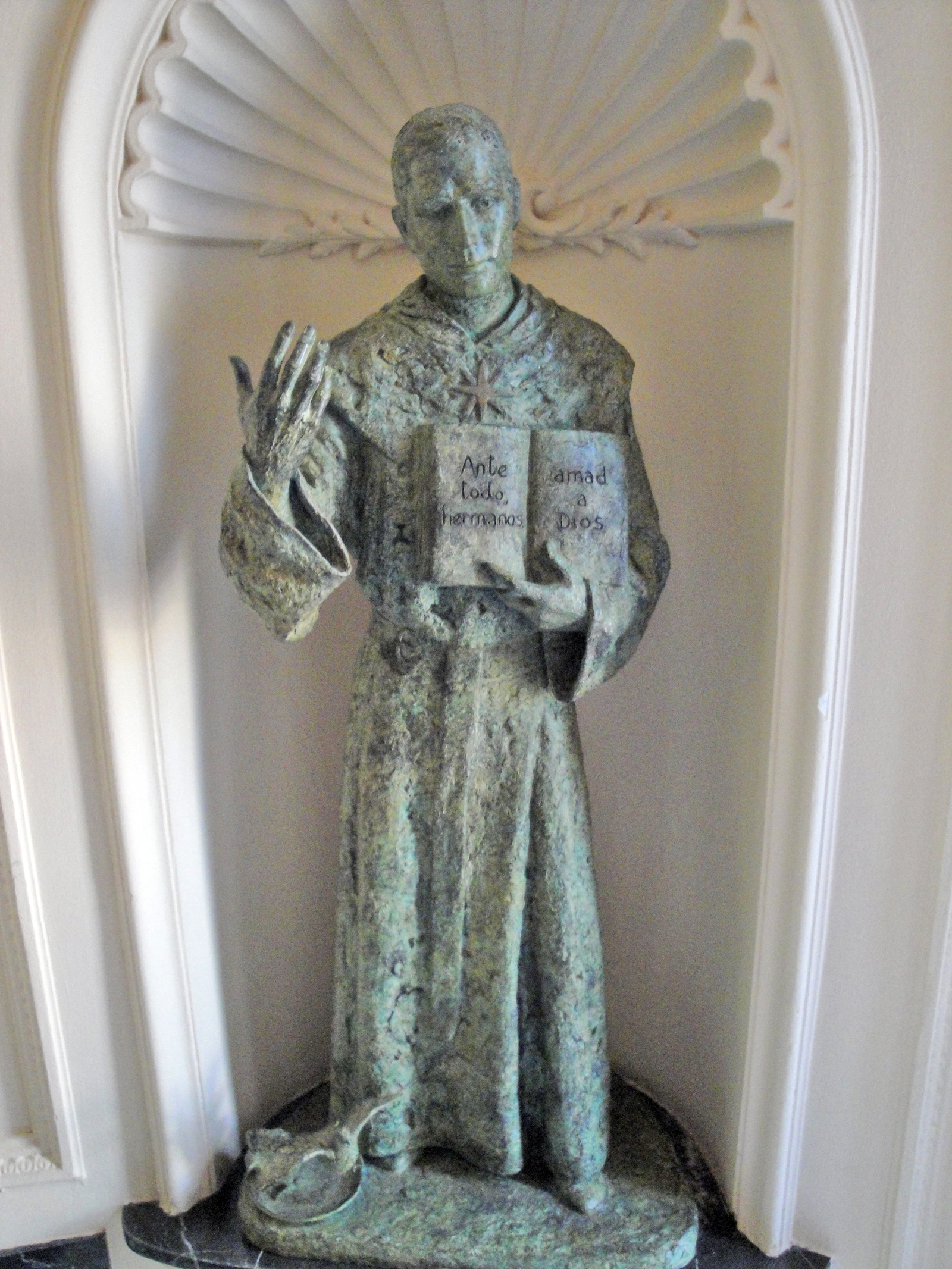 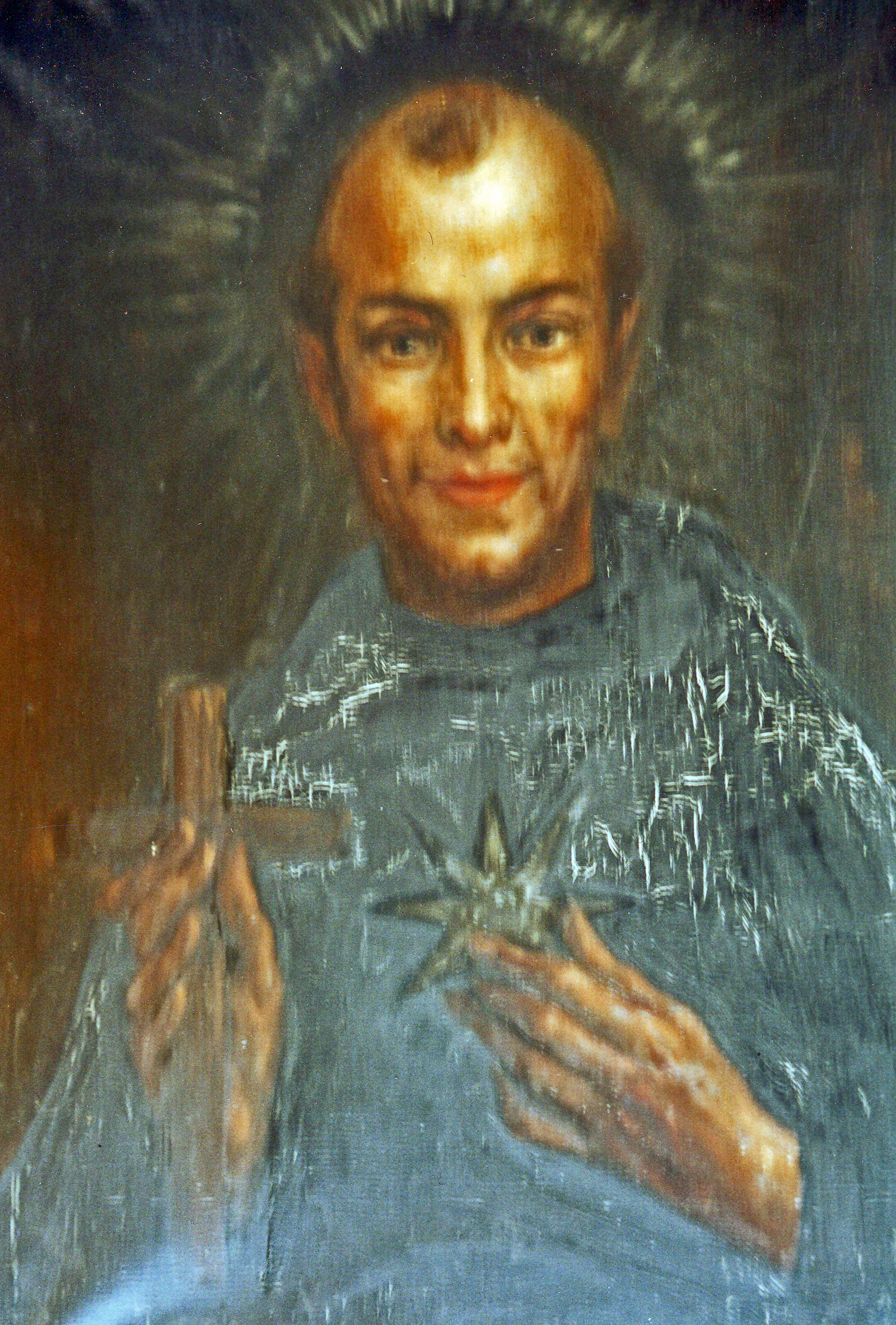 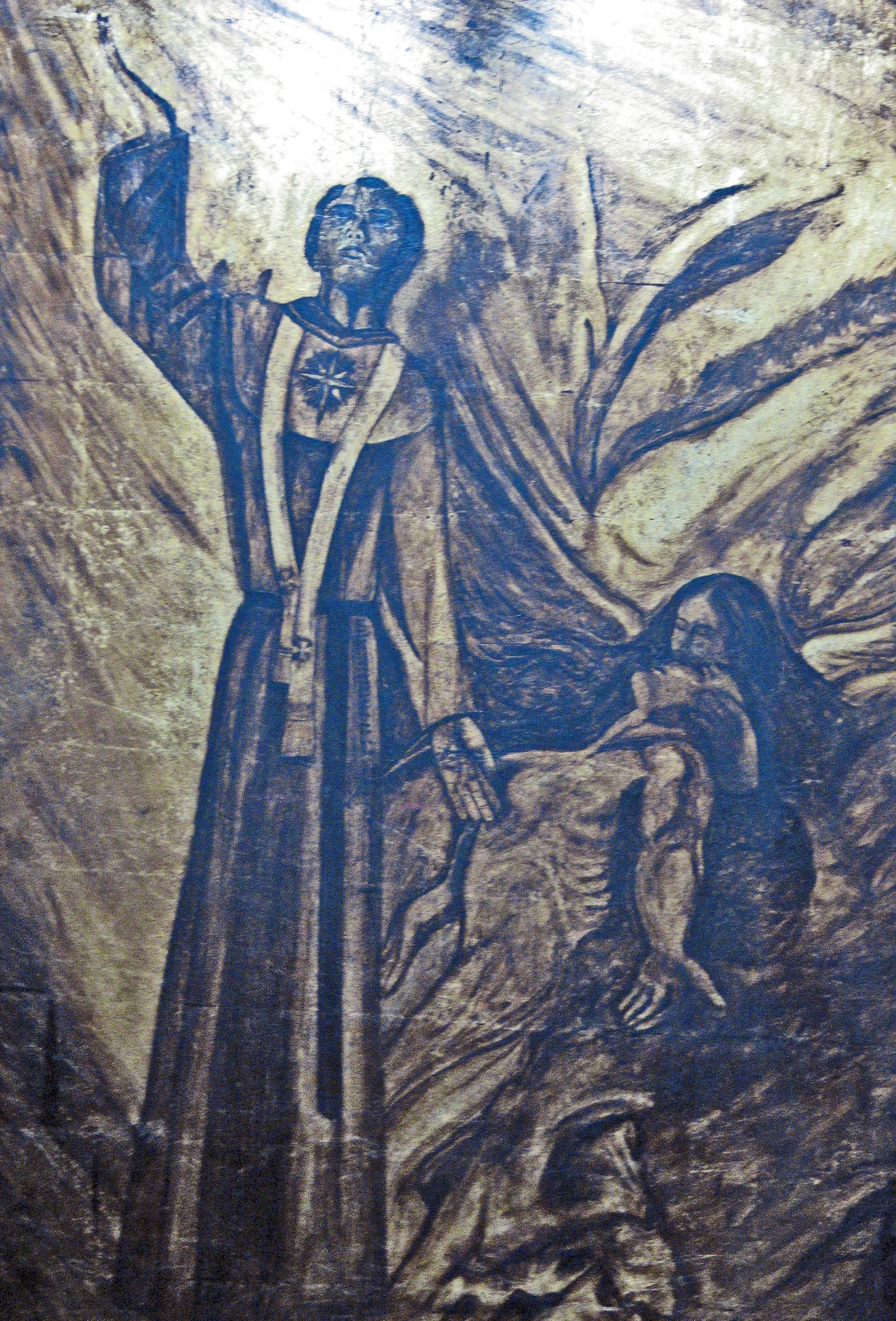 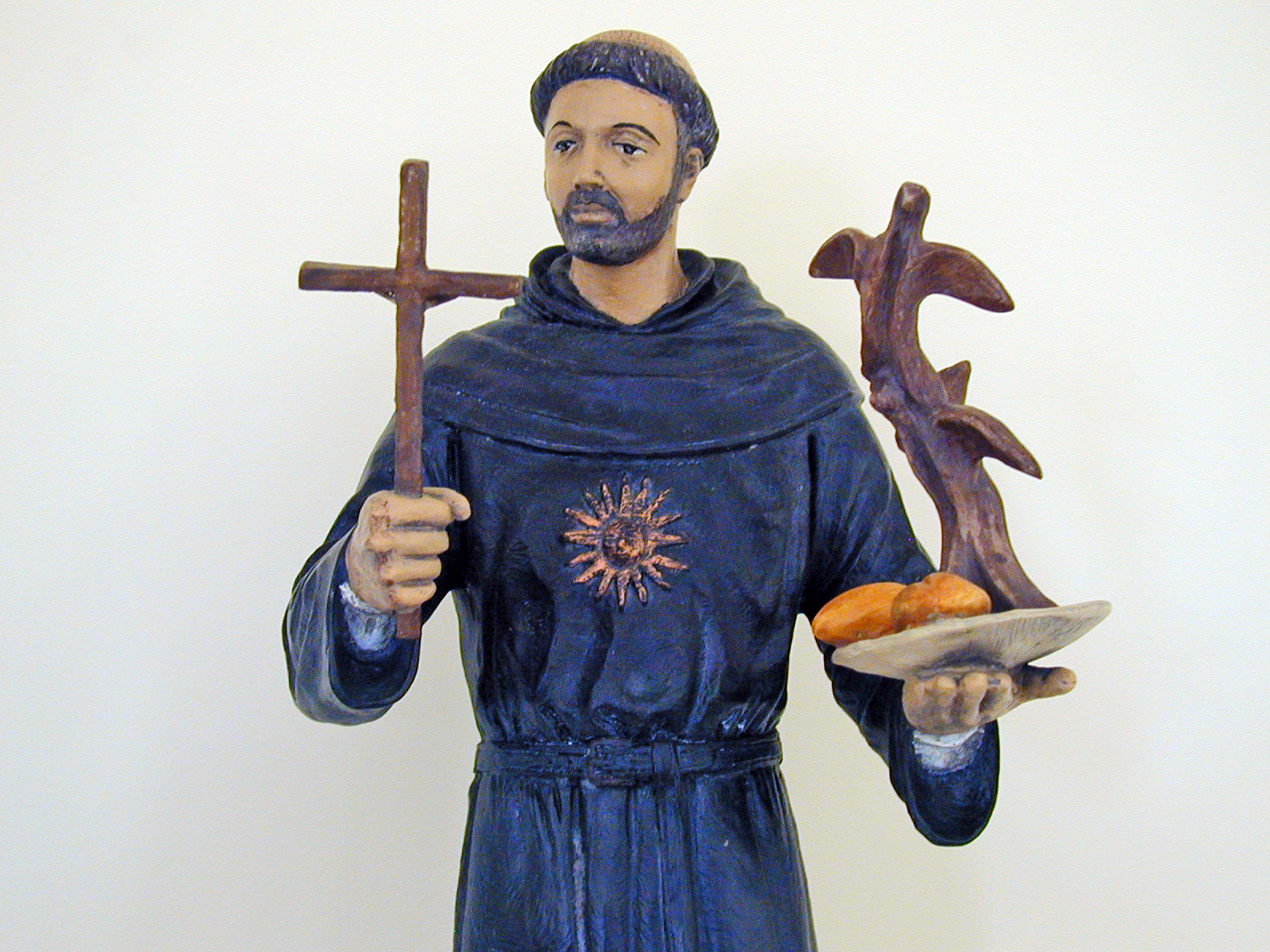 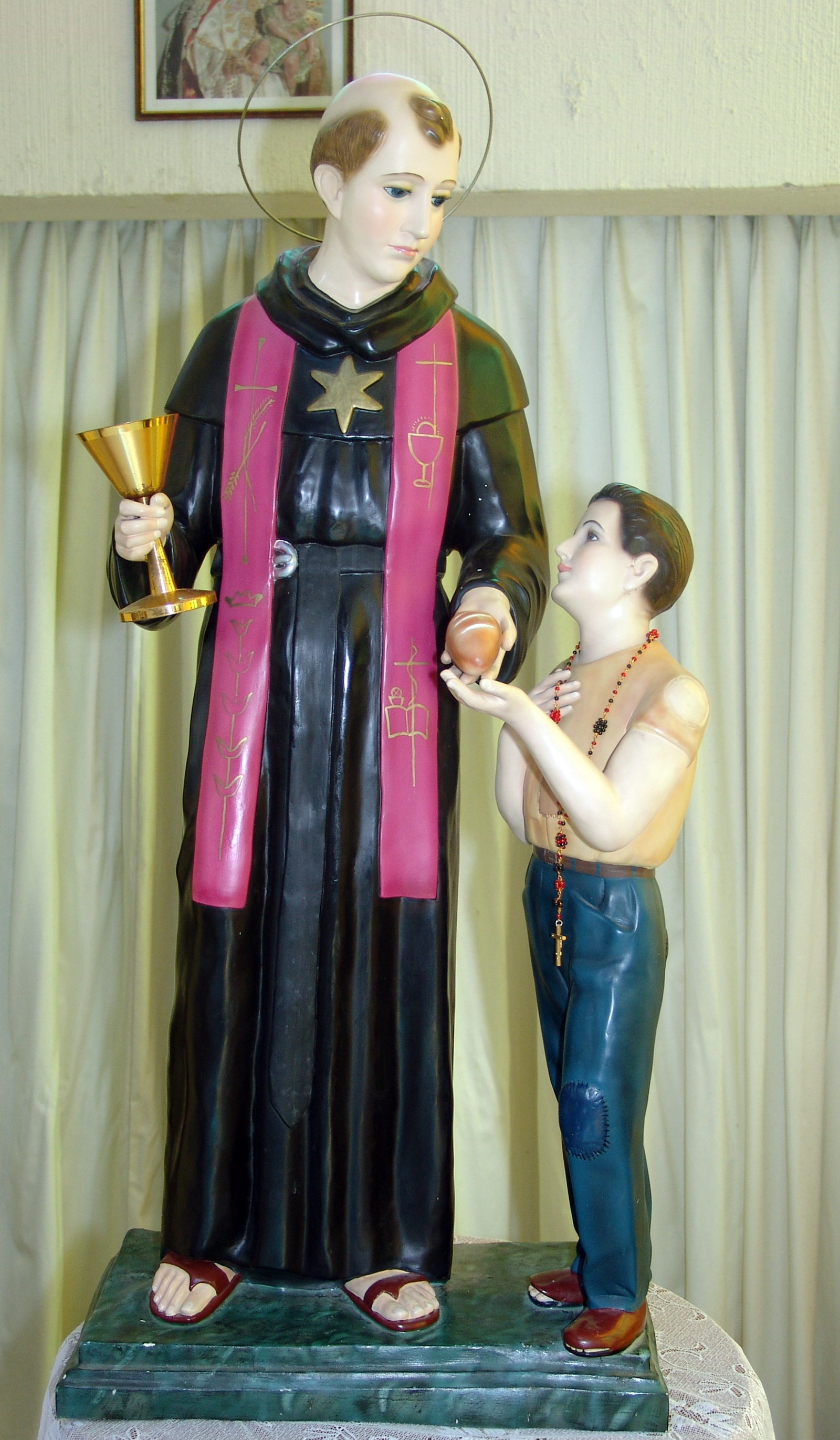 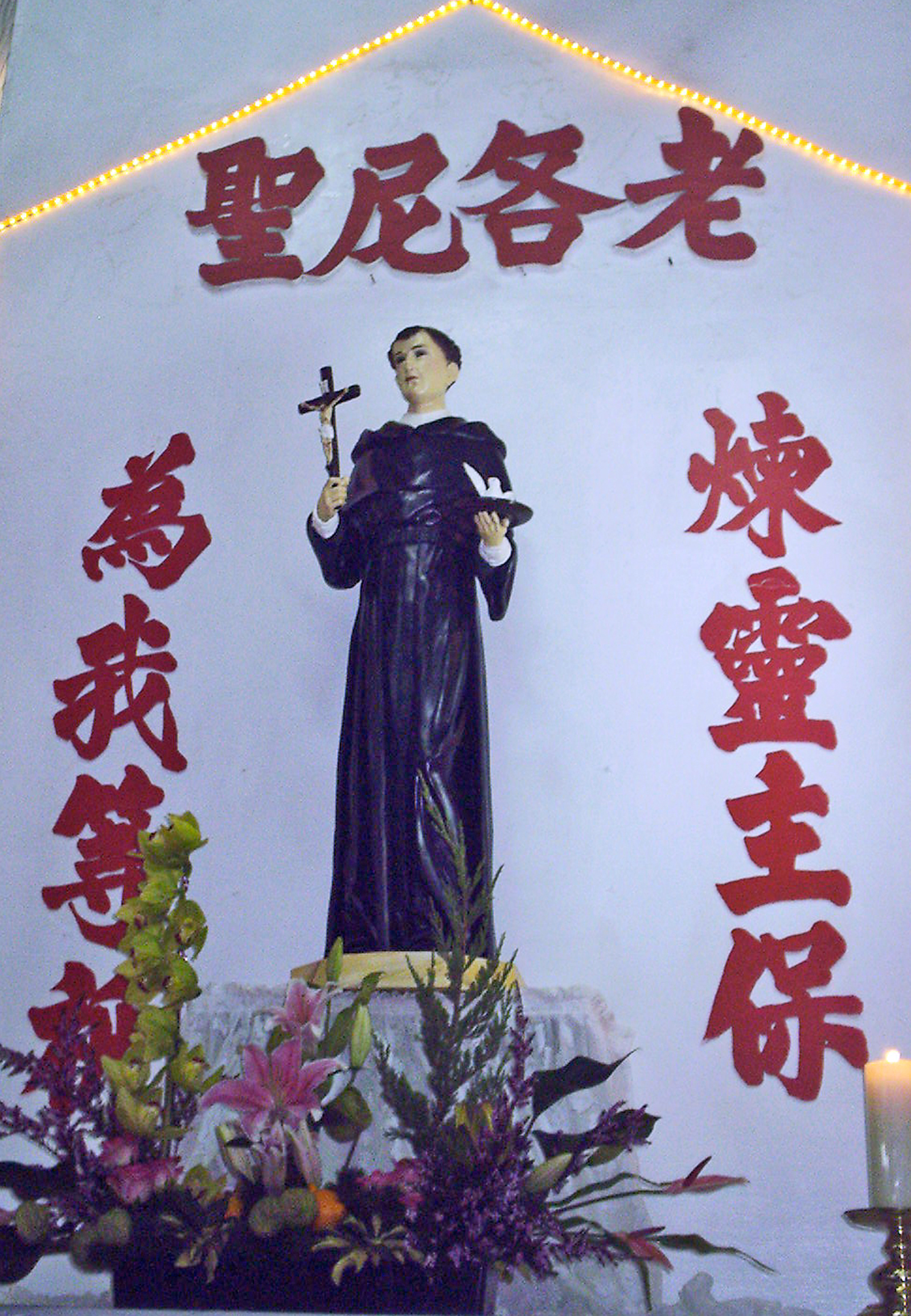 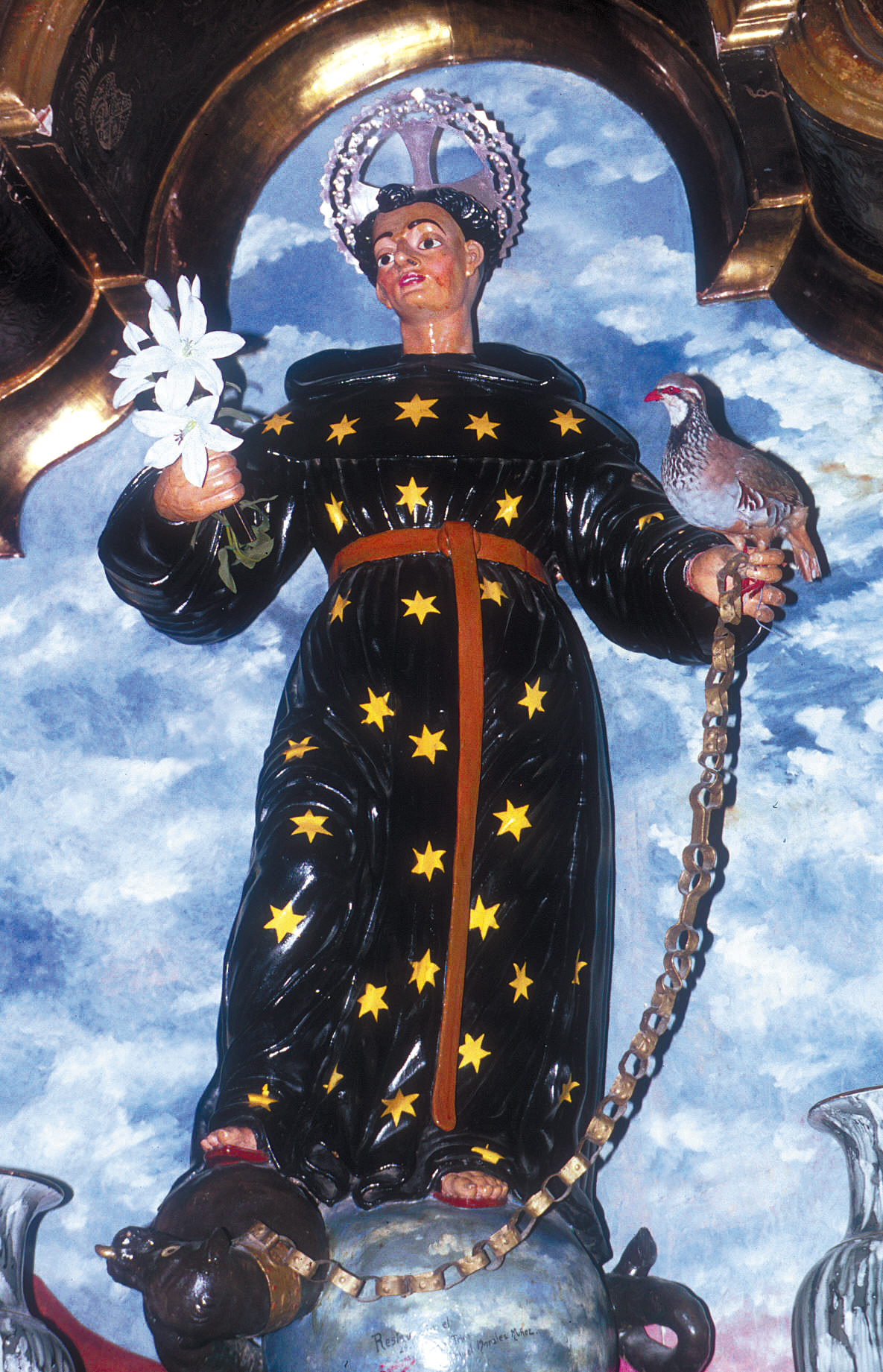 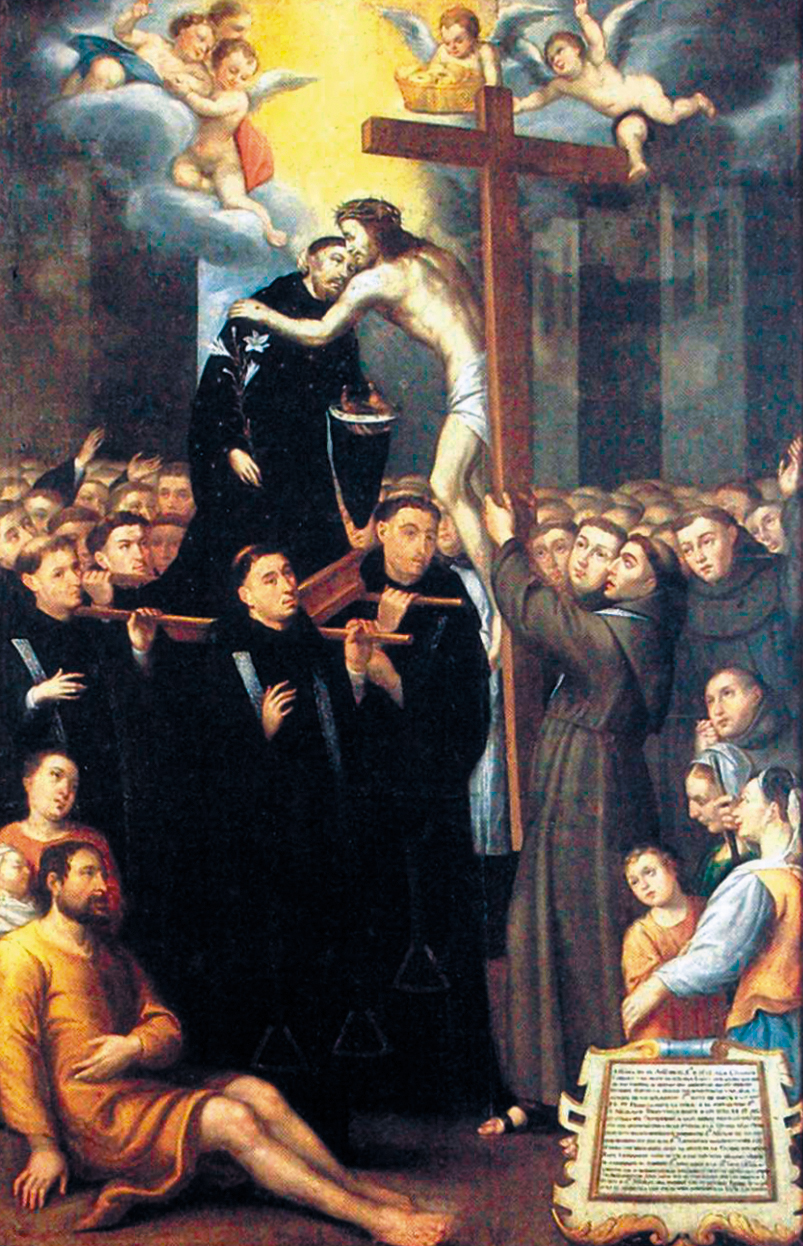 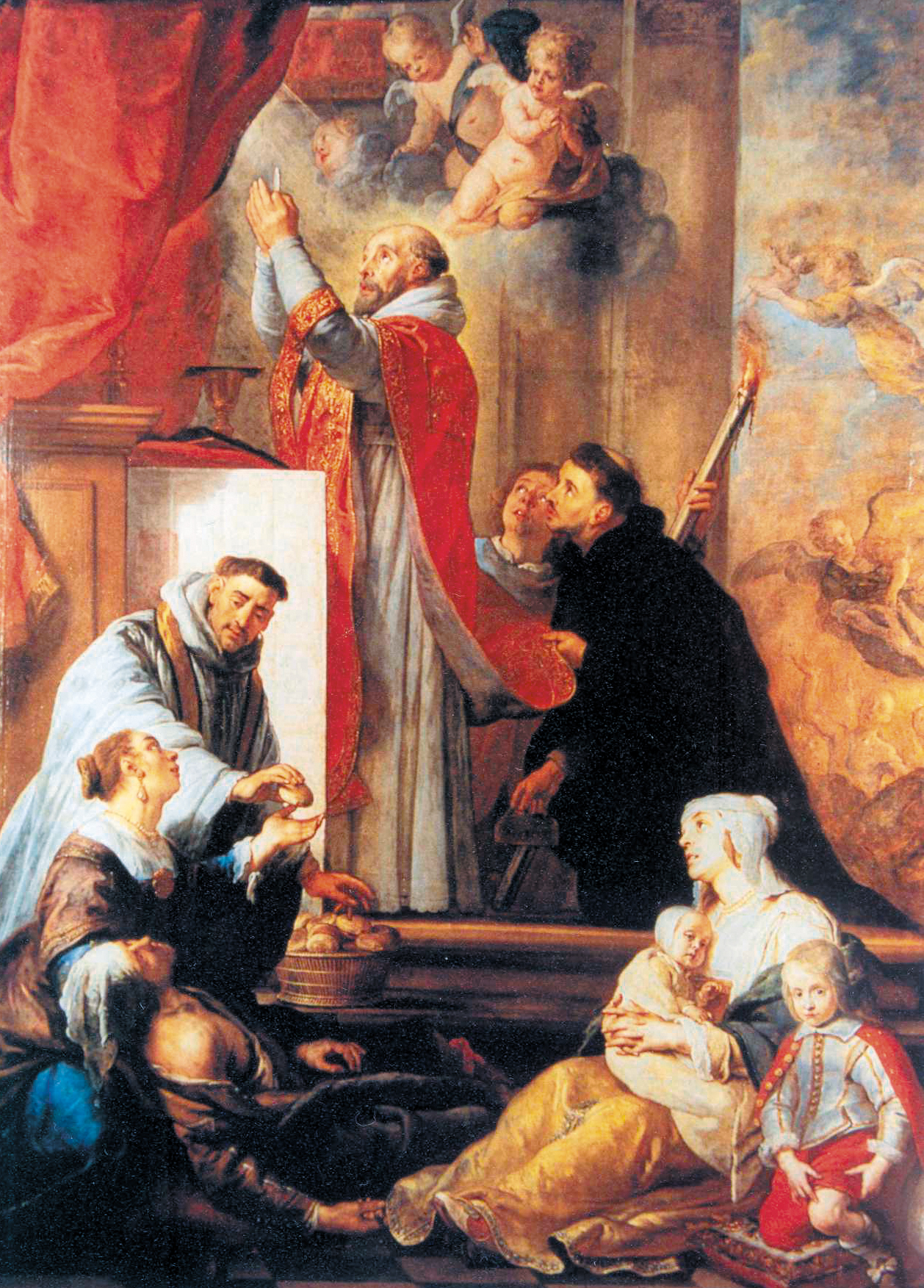 “It is my intention to promote an Extraordinary Missionary Month in October 2019, in order to feed the ardour of the evangelizing activity of the Church ad gentes” (Pope Francis).

As every year, on September 10, the feast of St. Nicholas of Tolentine, patron of our Province, I address a few words in response to the path of the Church and the Province.

We are a missionary Province

Pope Francis has launched an Extraordinary Missionary Month on the occasion of the centenary of the Apostolic Letter Maximum Illud (1919) that inspired the mission Ad Gentes of the Church during the last century. The motto, “Baptized and sent”, reminds us of the grace of baptism and the need to share and communicate the faith; this certainty is affirmed in the current teaching of the Church with expressions as “missionary disciples” and “passion for Christ and passion for humanity”, the two aspects in the life of the believing missionary.

Evangelization Ad gentes, the first announcement of the Gospel of Jesus Christ, was a priority in the evangelizing mission of the Recollect missionaries. The Province of Saint Nicholas has been missionary since its birth; while in the others there prevailed the conventual and contemplative aspect, in St. Nicholas there was ever present the missionary and apostolic spirit; we did not have houses of formation and for more than three centuries its missionaries were recruited from the convents of the other Spanish Provinces. The first thirteen missionaries, who arrived in the Philippines, in May 1606, put their apostolic labour under the patronage of St. Nicholas of Tolentine.

The year 2021 will be 400 years of the missionary Province; the thousands of religious who left their homeland to preach the gospel all over the world continue to challenge and urge us to enliven our missionary spirit.

The uncontainable desire to announce the Gospel

Our history includes beautiful and heroic pages of religious who went to the Philippines, Japan, China, Mexico, Brazil, Colombia, Costa Rica... Currently there are many religious who live outside their homeland to continue the evangelizing work of the first missionaries and they have expanded its radius of action to migrants in the United Kingdom and the United States.

What moved the religious who offered themselves as volunteers to go to mission lands or out of obedience to attend a need of the Church? The enthusiasm of sharing life and faith: walking with the poor and simple people, moved the missionaries to leave their homeland for a lifetime.

What would have to move us today to enliven the missionary spirit? In the canonization of St. Ezekiel Moreno, proposed by Saint John Paul II as a model evangelizer, it has been stated by those who have been immersed in the missions the key is: the uncontainable desire to preach the Gospel.

Above our human motivations, there should prevail the conviction of being called to proclaim Jesus Christ; if this is our motivation one goes with enthusiasm and joy to share one’s life because in this sending is hidden the reason of our vocation.

In these complex times of restructuring and revitalization, the temptation to retreat, seeking stability and security, is a constant threat to religious of all ages. Safeguarding structures and settling in our routines cools our hearts and withers our lives. Let us hear the teacher who does not stop whispering in our ears: I have come to set the earth on fire: And how much I wish it was already burning! (Lk12, 49).

On this day when we celebrate our patron we should shout with more force and conviction: Blow with your Spirit, Lord, wake us up! You have called us and have placed in our hands the mission to proclaim the good news of salvation, count on us. Keep using our fragile clay as a mediator, so that your Word shines and illuminates our history and touches the life of your people.

No matter our state and condition, all baptized, whether young or old, religious or formandi, of the secular fraternity or the JAR all are sent to testify to the love received from their Lord. In the Church my vocation is love, said the patron saint of missions.

We need concrete gestures that reflect the presence of the Spirit in our Christian life. The initiatives can be varied: for the religious, the possibility of volunteering for a mission outside of their own country; for young people there is volunteerism, creating missionary animation teams, information and sharing experiences and materials of the missionaries of the Province and the Order; for the ministries we have pairing with a mission; for the Fraternities the possibility of “getting entangled” with one of the missions…

To rekindle the missionary spirit prayer cannot be absent. In this year, about to celebrate the 400 years of the Province, we would have to drink from the rich font that fed the first missionaries at the dawn of the Recollection, not as archaeology but as living memory. I invite you to pray for the missions, for the specific missionaries, with a name and a history, on the monthly “missionary day” and in the prayer of the rosary in community every Saturday of the year. Let us not forget that in the most critical moments in the life of the Province, there was life in the missions.

Let us evangelize from fraternity

That we live together, gathered in the name of the Lord, with our diversity, our possibilities and limitations; everyone will see us from his personal lens: smallness or greatness, insignificance or contradiction...,but nobody can deny that we are a sign of the Kingdom for this individualistic society in need of fraternity and friendship, a place of communion, a space of interiority and liturgy, of missions and apostolates performed on behalf of the community and as a community.

Beyond what we do, may the Lord’s project stand out, who has called us to follow him in a community of brothers and to live as members of one family.

Guided by the star of Tolentine

When we look at Saint Nicholas, we contemplate the work of God in a religious like us; an unfinished and limited work, but shining and bright for the community of brothers and with enough glare to take it in hand to the most distant villages.

That little lamp of Tolentine shines in many places where the missionaries have passed; it is the Light of faith, the Light of Jesus, the Lord of a vocation, of fraternal life and mission.