Documentary of Venerable Bishop Alfonso Gallegos, They Might Be Saints on EWTN Catholic Television, United States

In the month of April, Fr. Eliseo González, Augustinian Recollect, travelled from Madrid to California, to help coordinate the filming of an episode of an EWTN (Eternal Word Television Network) documentary series on Venerable Bishop Alfonso Gallegos entitled They Might Be Saints, which covers the causes of sainthood in the United States. 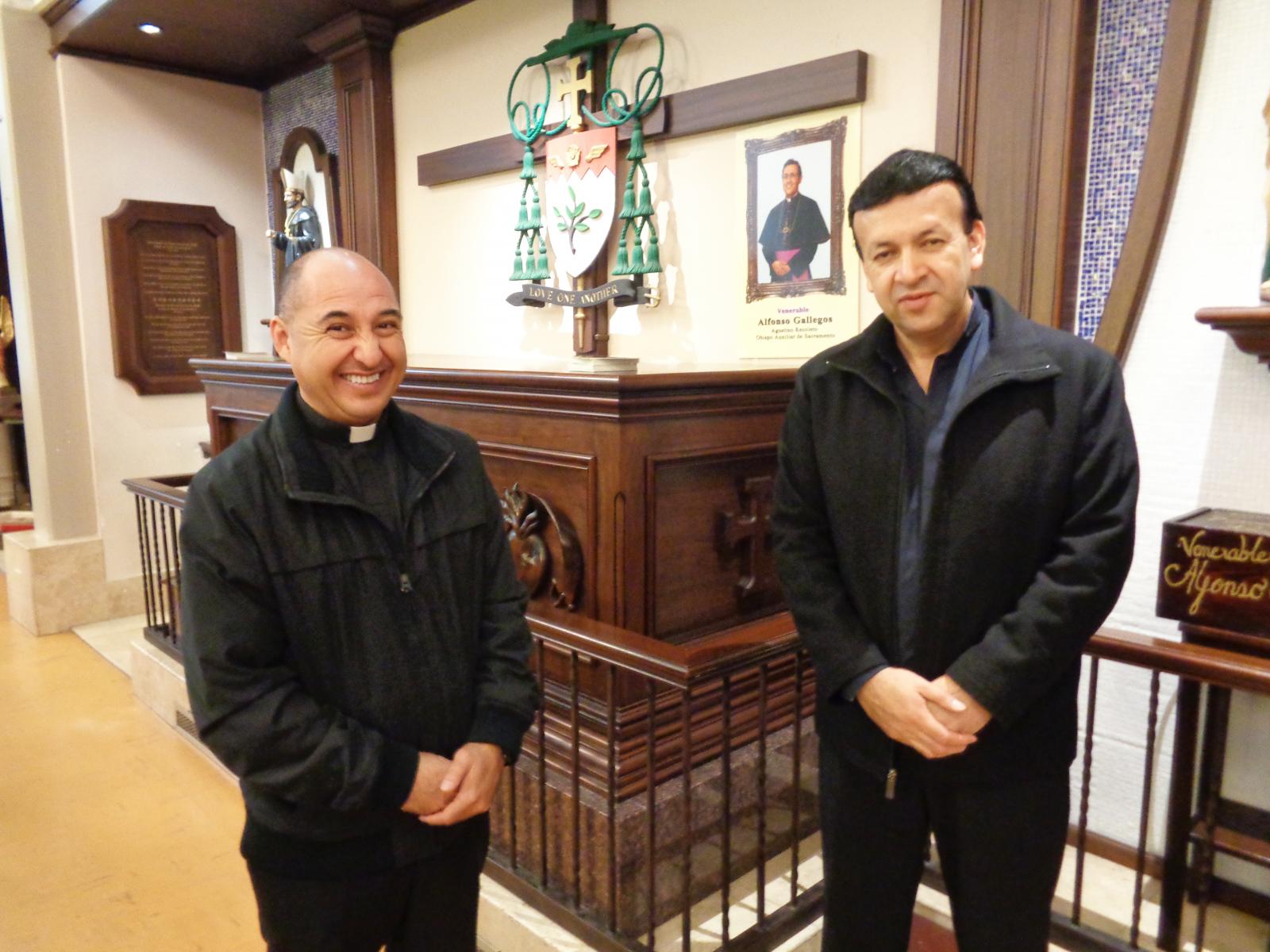 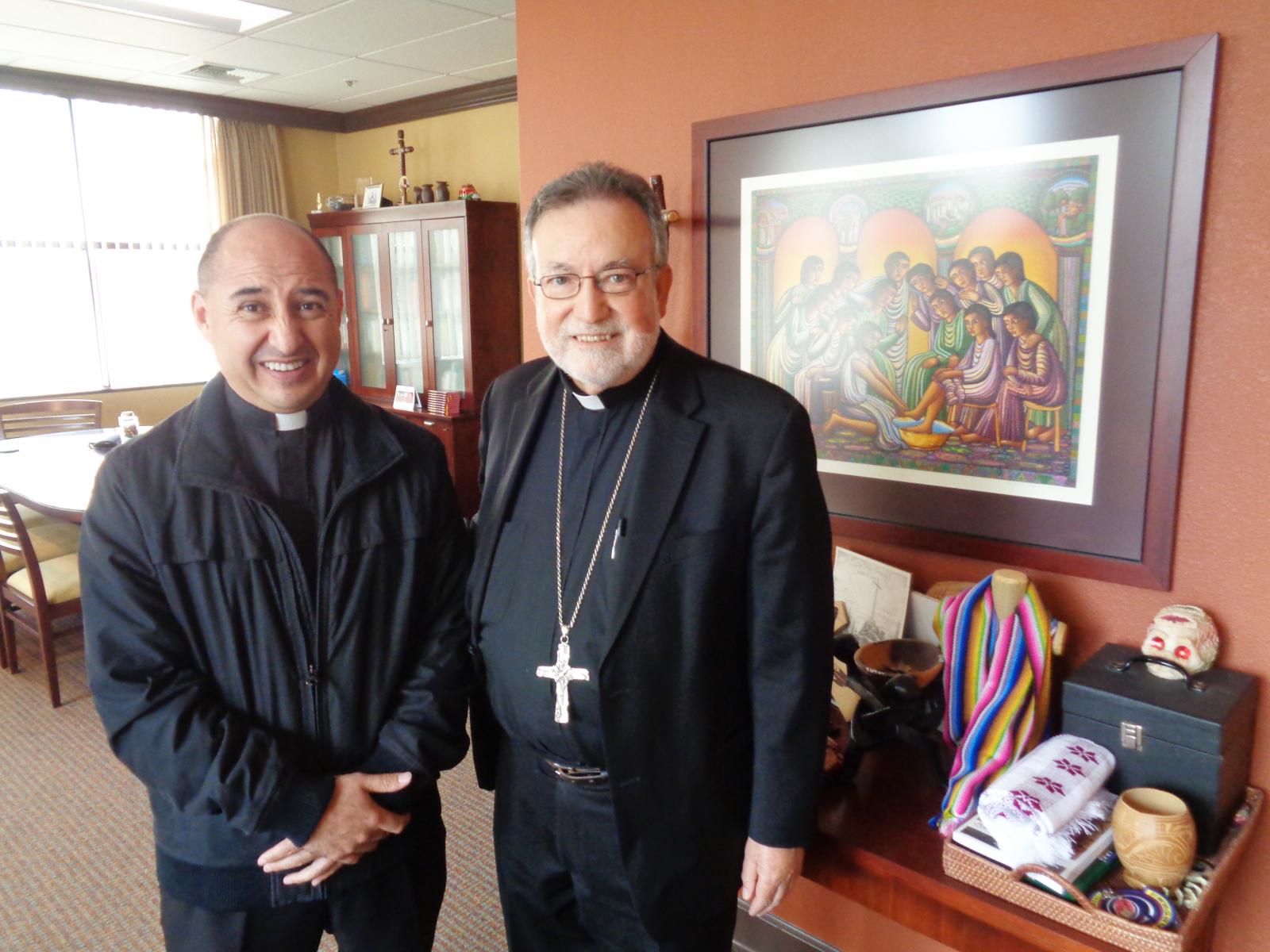 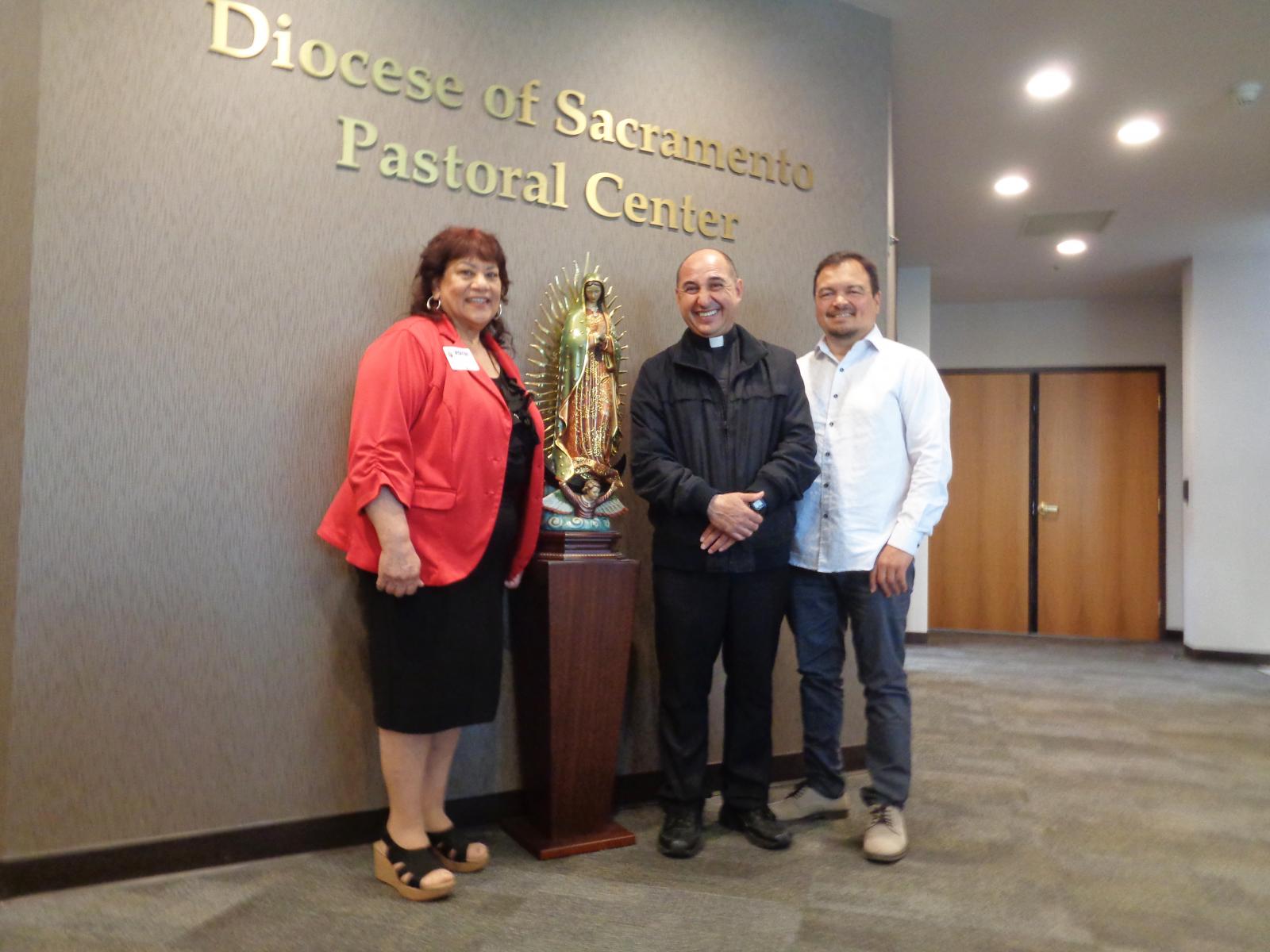 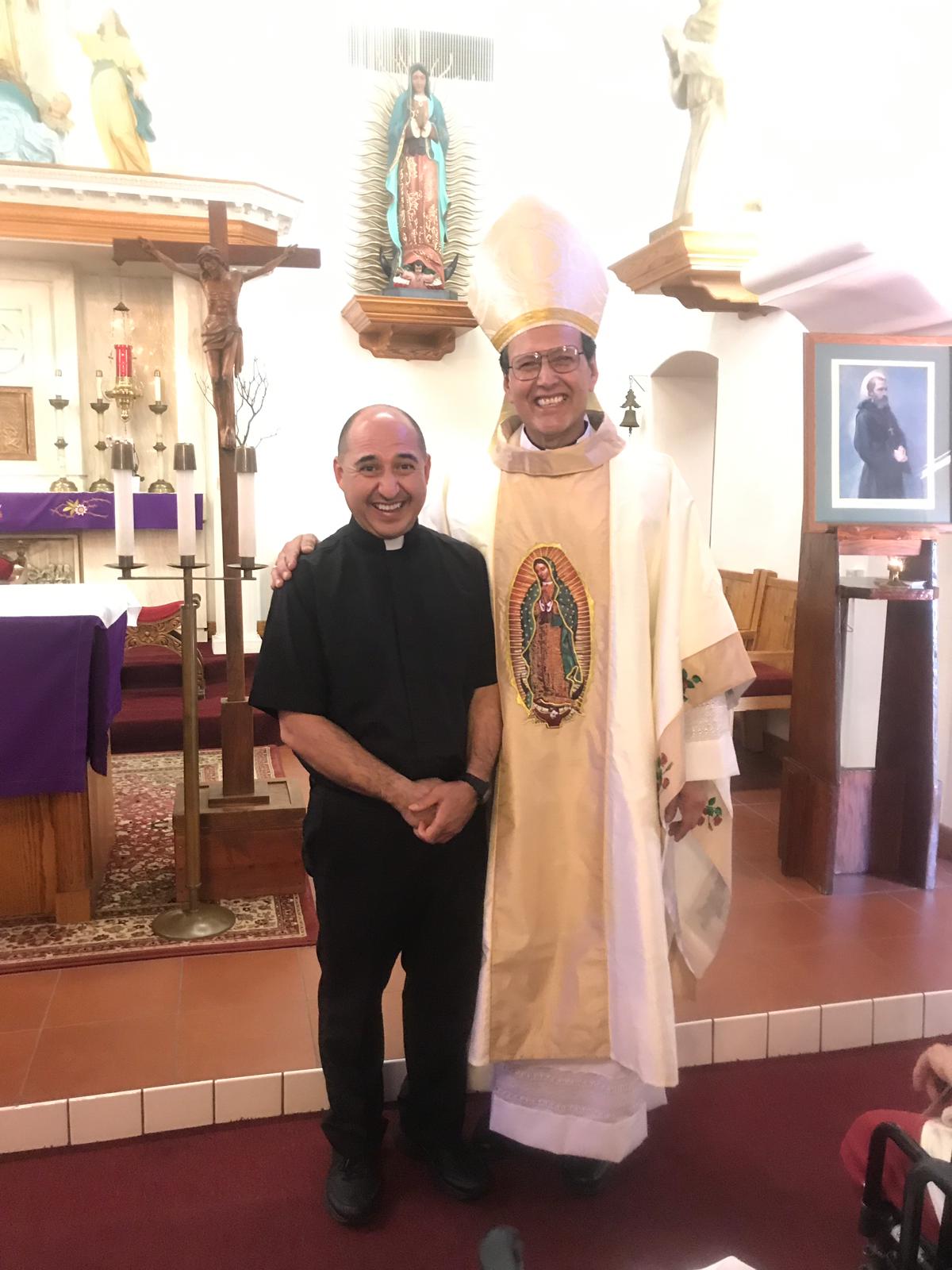 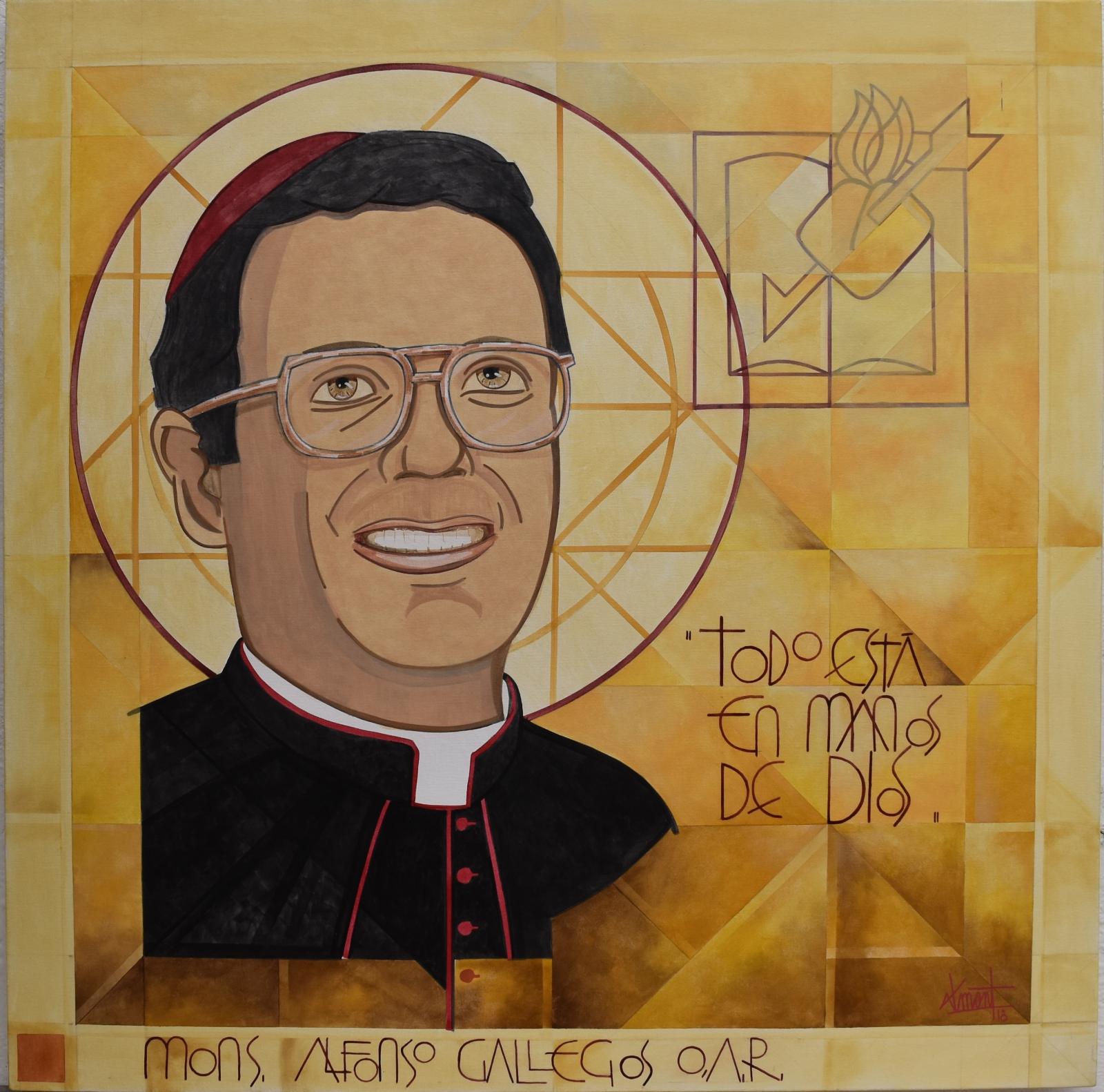 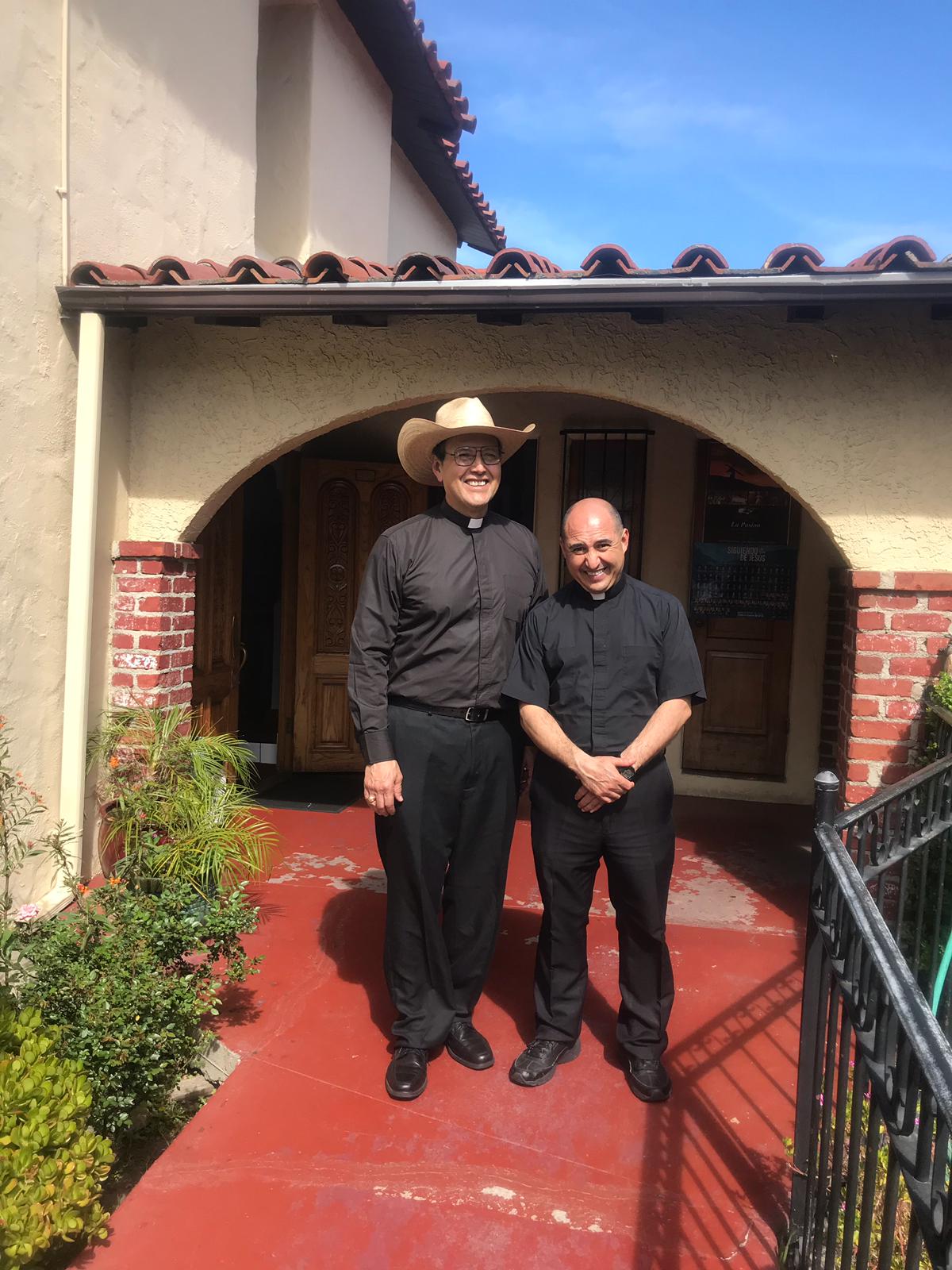 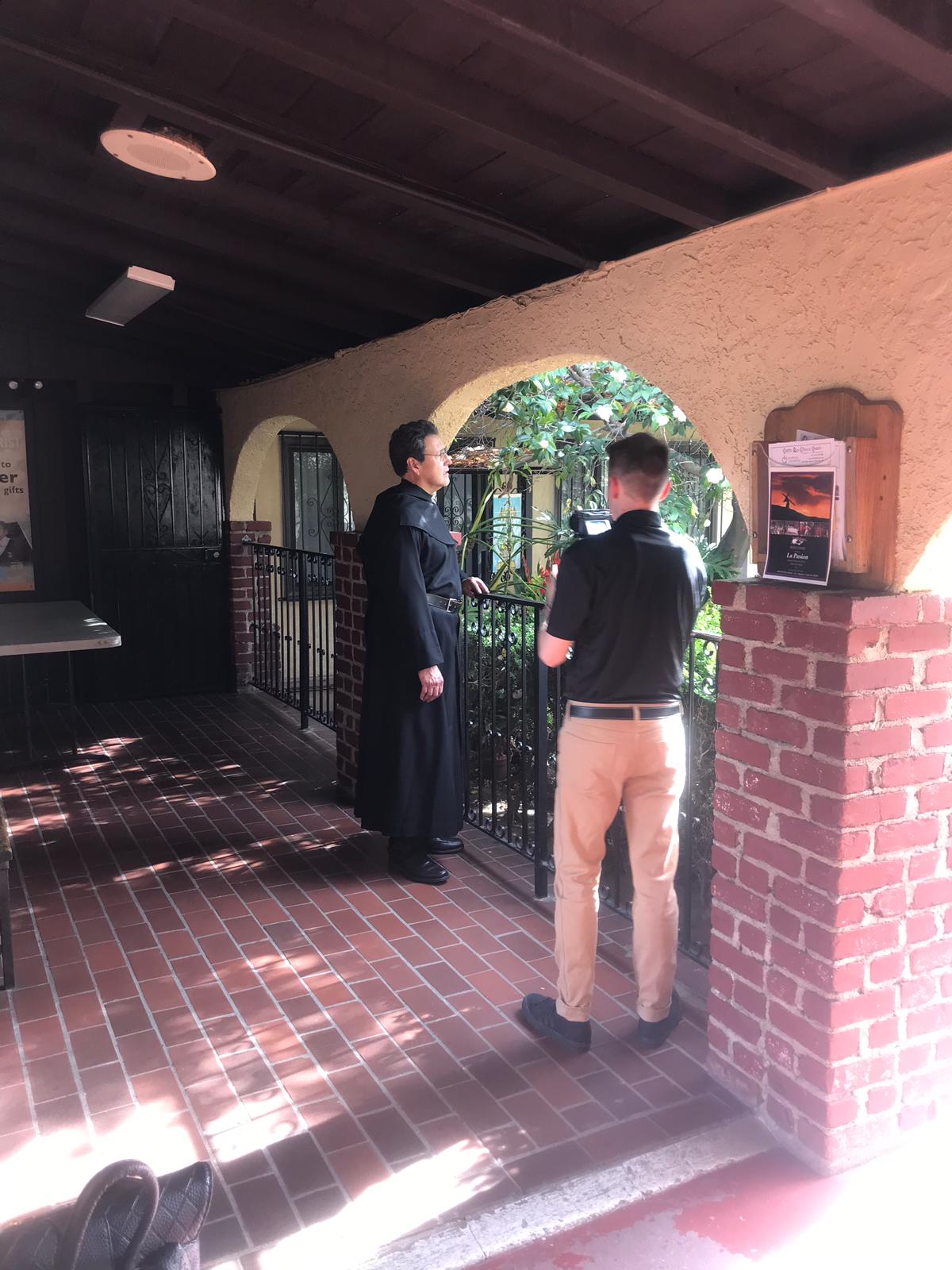 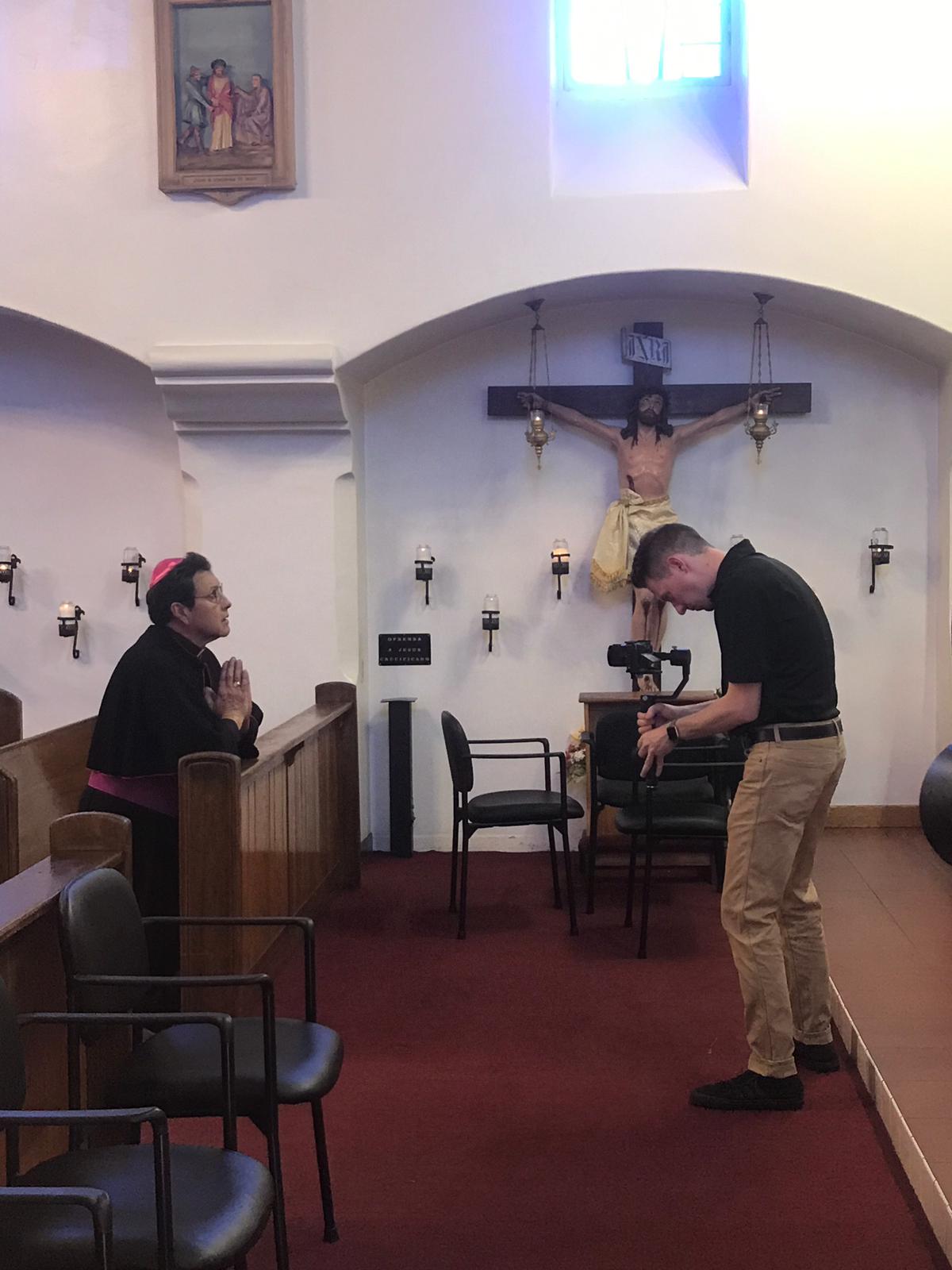 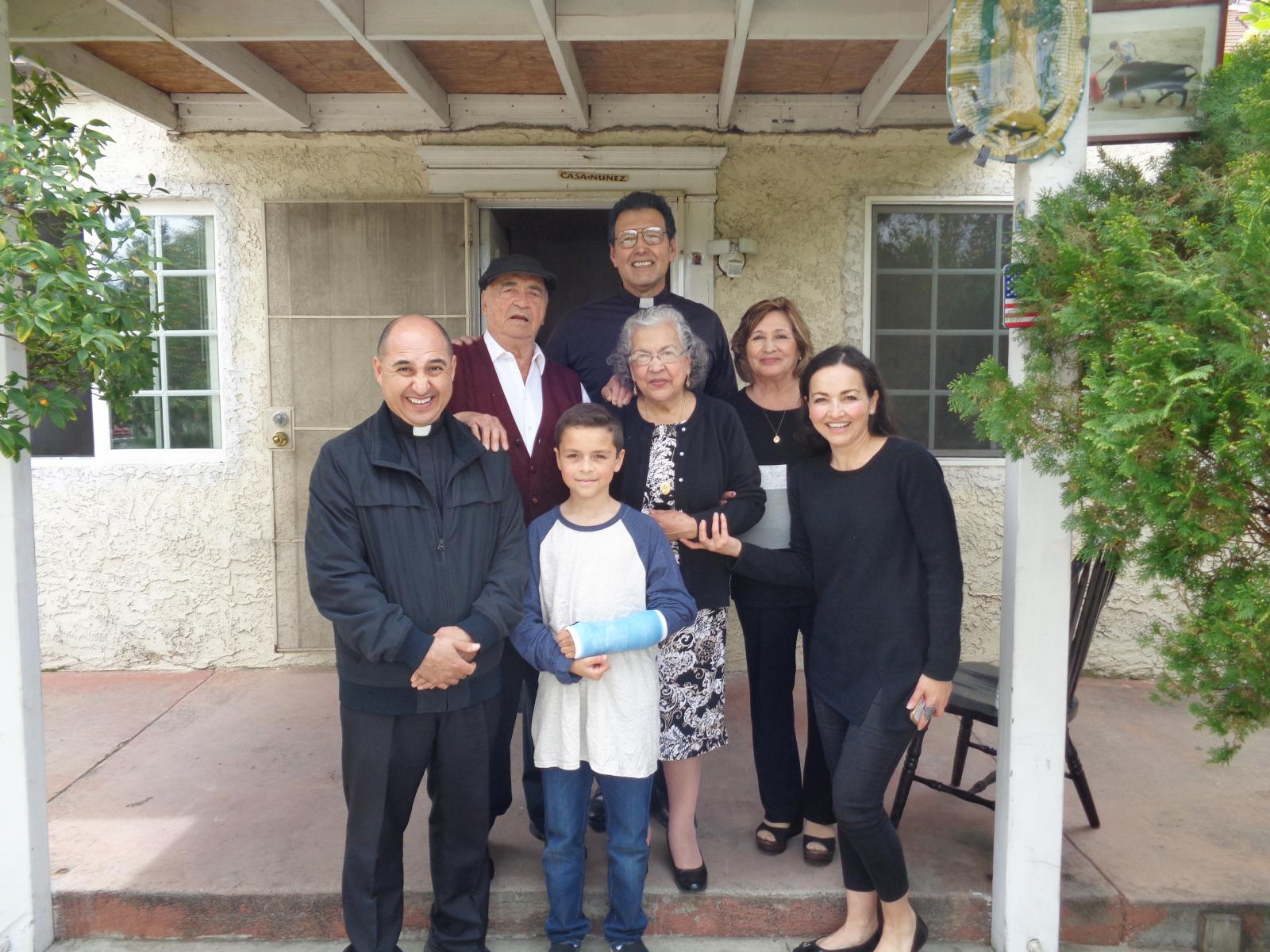 On Friday, April 5th, Michael O´Neill (Producer of They Might Be Saints), Mark Davis (Director of Photography) and Tommy Cheely (Field Producer) began filming at San Miguel Church in Watts, Los Angeles where Gallegos grew up and was pastor from 1972 to 1978. Later that evening, they proceeded to Saint Benedict Church in Montebello to interview Fr. Michael Stechmann, Augustinian Recollect, who reflected fondly on his time serving the community with Fr. Gallegos before he was a bishop, and Paula Loya, niece of Bishop Gallegos, who joyfully related family stories about him being a part of life with her family.  The next day filming moved to a medical facility in Oxnard, California for recreations of a scene depicting the true story of a patient learning the news from his doctor of his healing from leukemia attributed to the intercession of Bishop Gallegos. From the doctor’s office, they proceeded to film farmworkers picking strawberries on the way to Saint Augustine Priory where they captured footage of the personal items and statue of Bishop Gallegos and interviewed Fr. Eliseo González, Vice Postulator of the Cause, who spoke about his particular virtues.

On Sunday April 7th, at Cristo Rey Church in Los Angeles, various scenes were filmed with an actor as Gallegos, depicting him visiting the Nuñez family, speaking with youth at Chevy Chase Park, preaching to the faithful and interacting with people after Mass. After that long day, Fr. Eliseo and the EWTN crew flew from Los Angeles to Sacramento, California.

In the morning of Monday April 8th, the crew filmed in Sacramento such places as the Blessed Sacrament Cathedral, the life size statue of Bishop Gallegos in the city square that bears his name, his tomb at Our Lady of Guadalupe Church and his former residence on T Street; Fr. Eliseo proceeded to Radio Santisimo Sacramento studio to be interviewed regarding the documentary of Bishop Alfonso and speak about his cause of sainthood.

After interviewing Bishop Soto, two more interviews were filmed: Aldo Nuñez, who shared an emotional story of how he and his family had prayed to Bishop Gallegos for the healing he had received of his leukemia, and Olivia Jacobo, who spoke about the selfless spirit of Venerable Gallegos and her experience helping him in many social outreach projects.

This episode of the documentary series They Might Be Saints on the life of Venerable Alfonso Gallegos, God willing will be aired on EWTN at the end of 2019, helping to promote the fame of sanctity of Bishop Gallegos and making his life better known throughout the world.

Who is Venerable Bishop Alfonso Gallegos?

Alfonso Gallegos Apodaca was born in 1931 in Albuquerque, New Mexico, where he received the sacrament of Baptism and a few months later Confirmation. The Gallegos family moved to Watts, in California when Alfonso was a young man. He suffered from poor vision, myopia, his entire life even after several successful surgeries. He entered the Order of Augustinian Recollects and made his religious profession in 1951. In 1958, after having completed studies in Philosophy and Theology, he was ordained a priest at Tagaste Monastery in Suffern, New York, where he exercised his first apostolate.

In his first assignment as a religious and priest he will dedicate himself to the formation of the candidates for the Augustinian Recollect religious life, while continuing to further his studies in Psychology.

From 1972 to 1978 he served as pastor of San Miguel Church, Watts, California. From this moment on he would dedicate his life mainly to parish ministry, with special attention to the Hispanics, thus his appointment as the first director of Hispanic Affairs of the California Catholic Conference, which led him to reside in Sacramento, where he was appointed auxiliary bishop in 1981. He zealously spread the faith and defended the rights of migrants up until his death in a traffic accident in 1991.

Soon after his death a feeling arises among the people that Alfonso was a special “soul” with great virtues: simple, welcoming, merciful, kind, a man of prayer, dedicated to the service of the poor, the youth and migrants ... This is why the process of his canonization began in 2005. In 2016, Pope Francis approved the decree recognizing his virtues, which is why he can be called "Venerable", the Venerable Bishop Alfonso Gallegos.